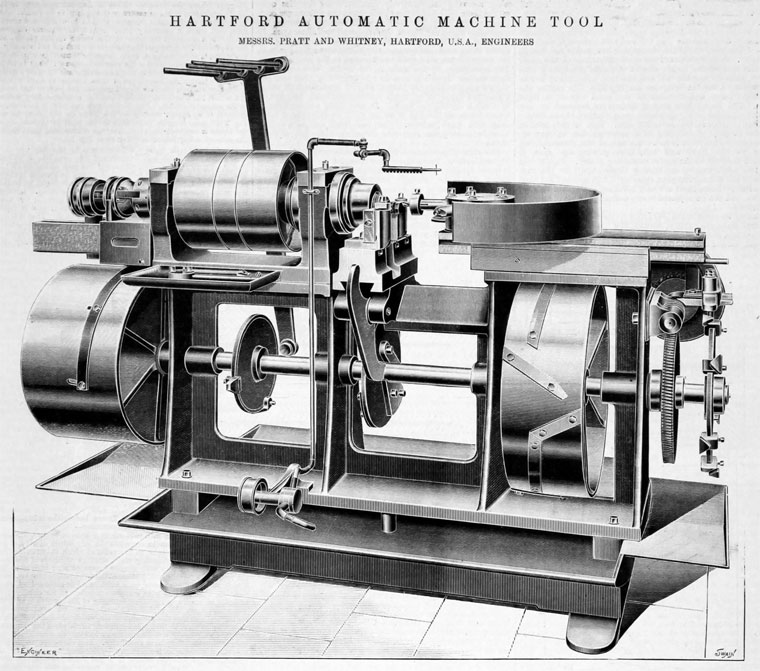 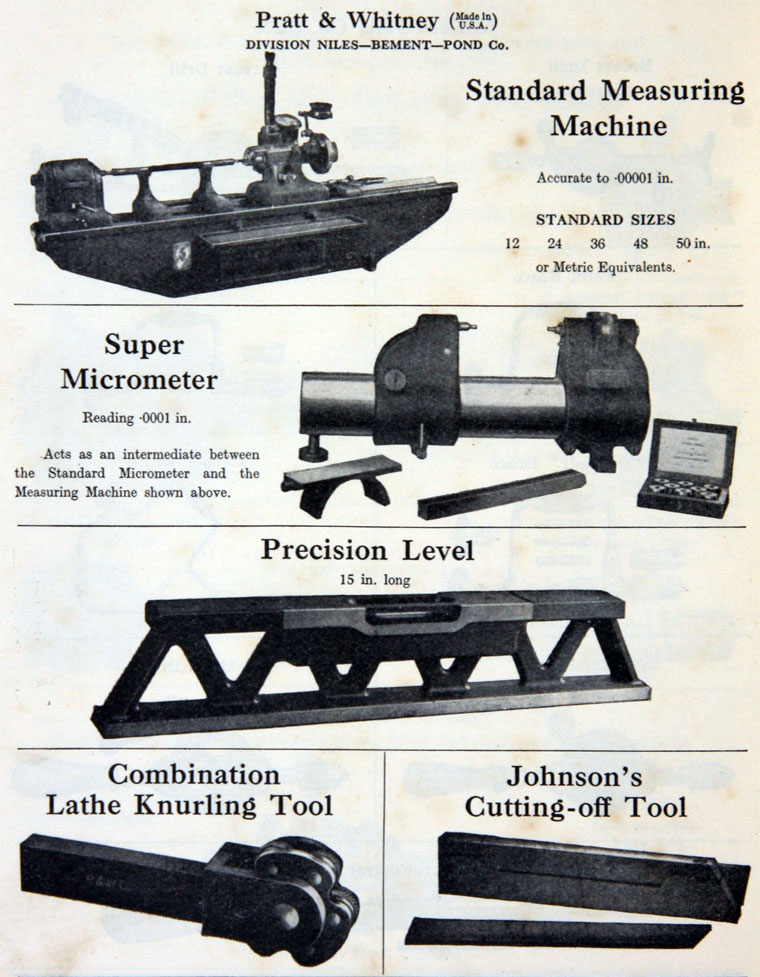 The Pratt and Whitney Company was founded in 1860 by Francis A. Pratt and Amos Whitney, with headquarters in Hartford, Connecticut.

The company manufactured machine tools, tools for the makers of sewing machines, and gun-making machinery for use by the Union Army during the American Civil War.

This company is now known as Pratt & Whitney Measurement Systems.