Grace's Guide is the leading source of historical information on industry and manufacturing in Britain. This web publication contains 137,425 pages of information and 221,356 images on early companies, their products and the people who designed and built them. 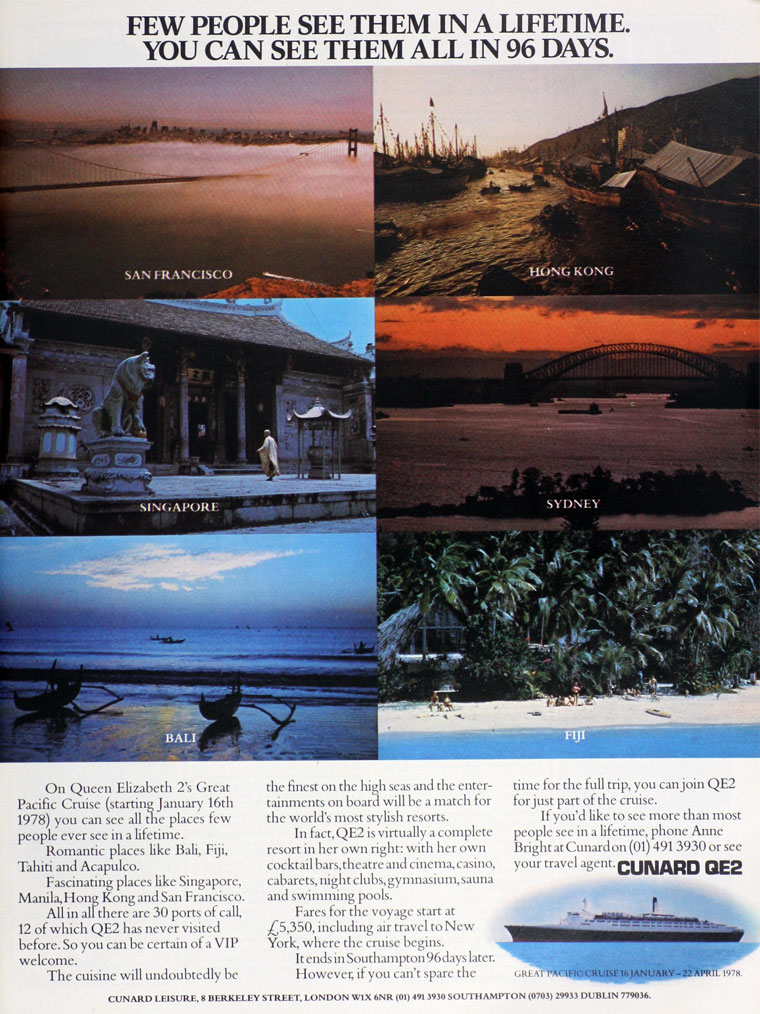 Queen Elizabeth 2, often referred to simply as QE2, is an ocean liner built for the Cunard Line which was operated by Cunard as both a transatlantic liner and a cruise ship from 1969 to 2008.

She was designed for the transatlantic service from her home port of Southampton, UK, to New York, and was named after the earlier Cunard liner RMS Queen Elizabeth. She served as the flagship of the line from 1969 until succeeded by RMS Queen Mary II in 2004. Designed in Cunard's then headquarters and regional offices in Liverpool and Southampton respectively, and built in Clydebank by John Brown and Co, Scotland, she was considered the last of the great transatlantic ocean liners until the construction of the Queen Mary 2 was announced.[1]

QE2 retired from active Cunard service on 27 November 2008. She was acquired by Istithmar, the private equity arm of Dubai World, which planned to begin conversion of the vessel to a 500-room floating hotel moored at the Palm Jumeirah, Dubai. The 2008 financial crisis however intervened and the ship remained idle. Subsequent conversion plans were announced by Istithmar in 2012 and by the Oceanic Group in 2013 but these both stalled. As of January 2016 the ship remains laid up in Dubai while the port operator claimed that there were future plans for the ship and no intent to scrap her.[2]