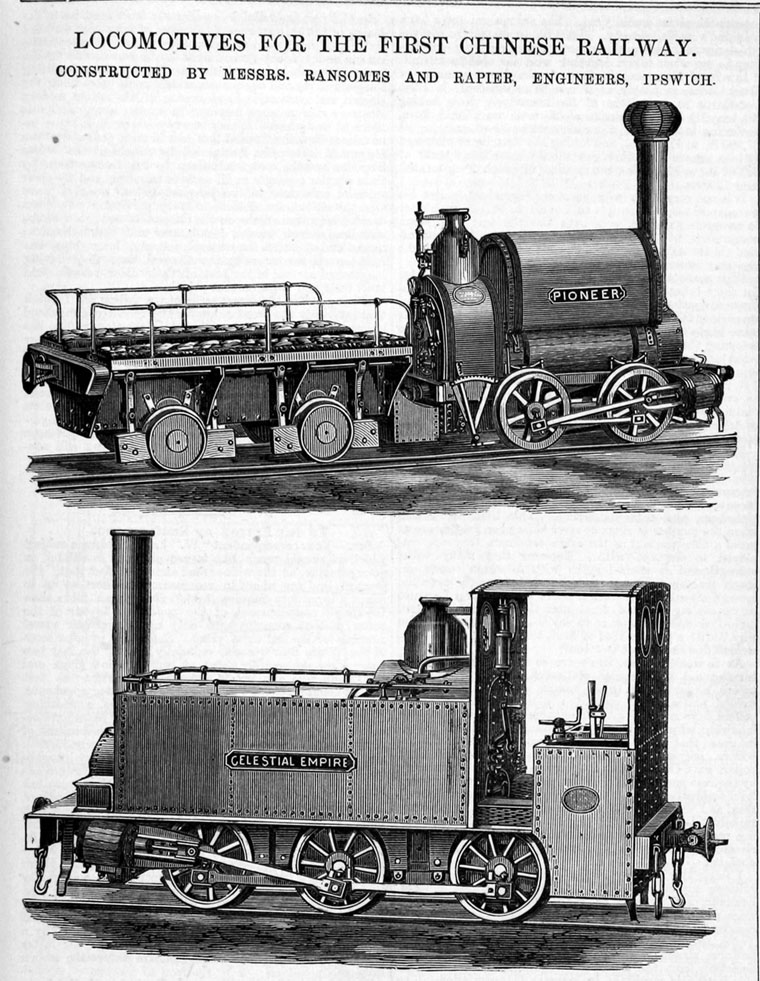 1876. Locomotives for the First Chinese Railway. 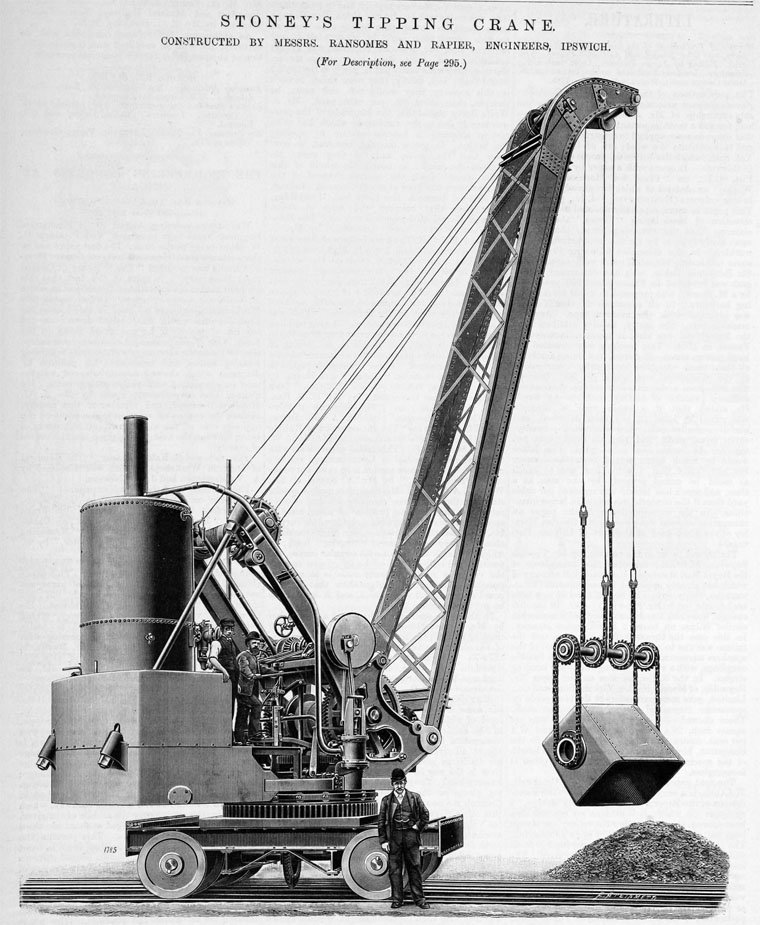 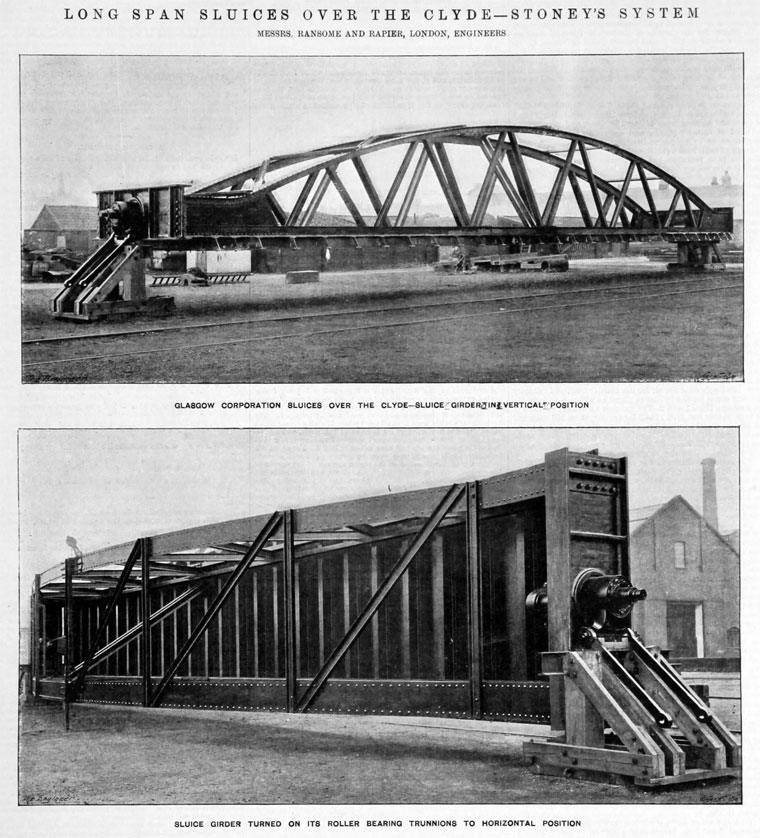 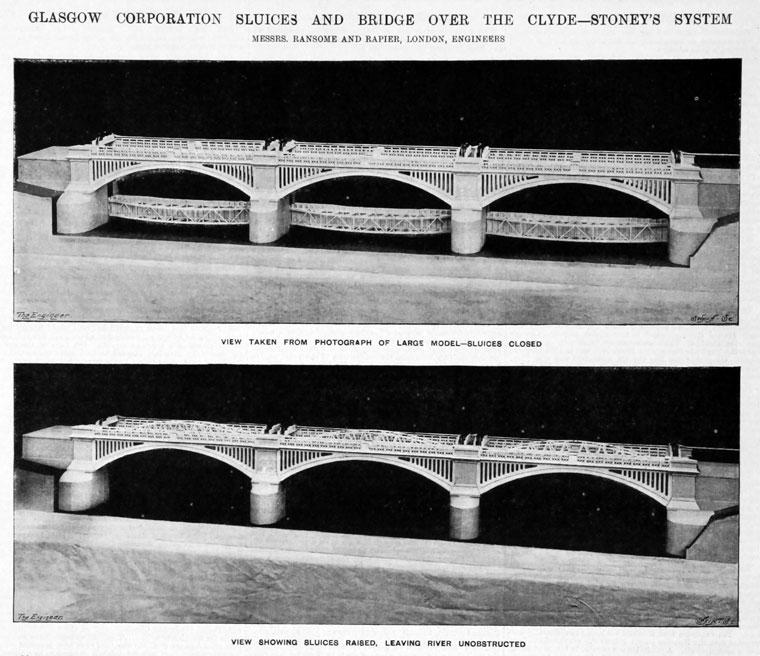 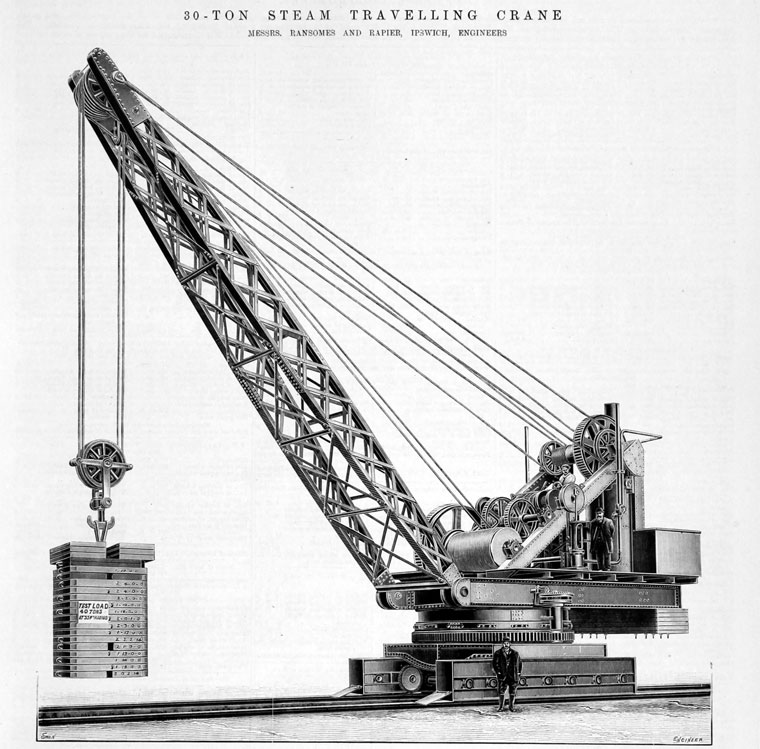 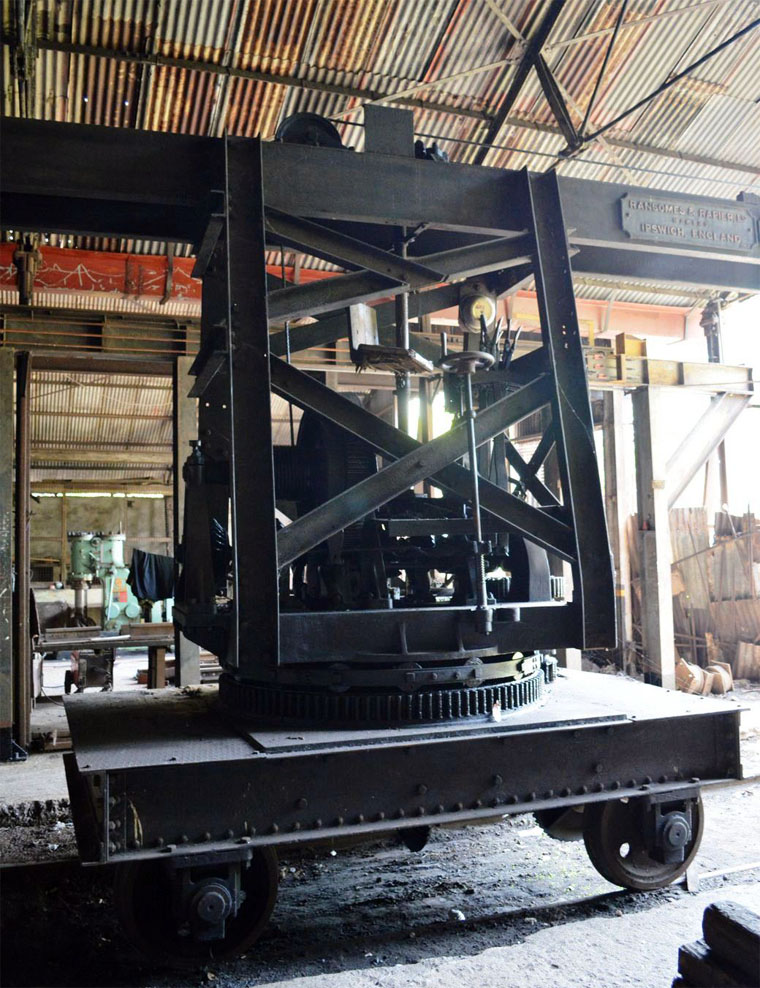 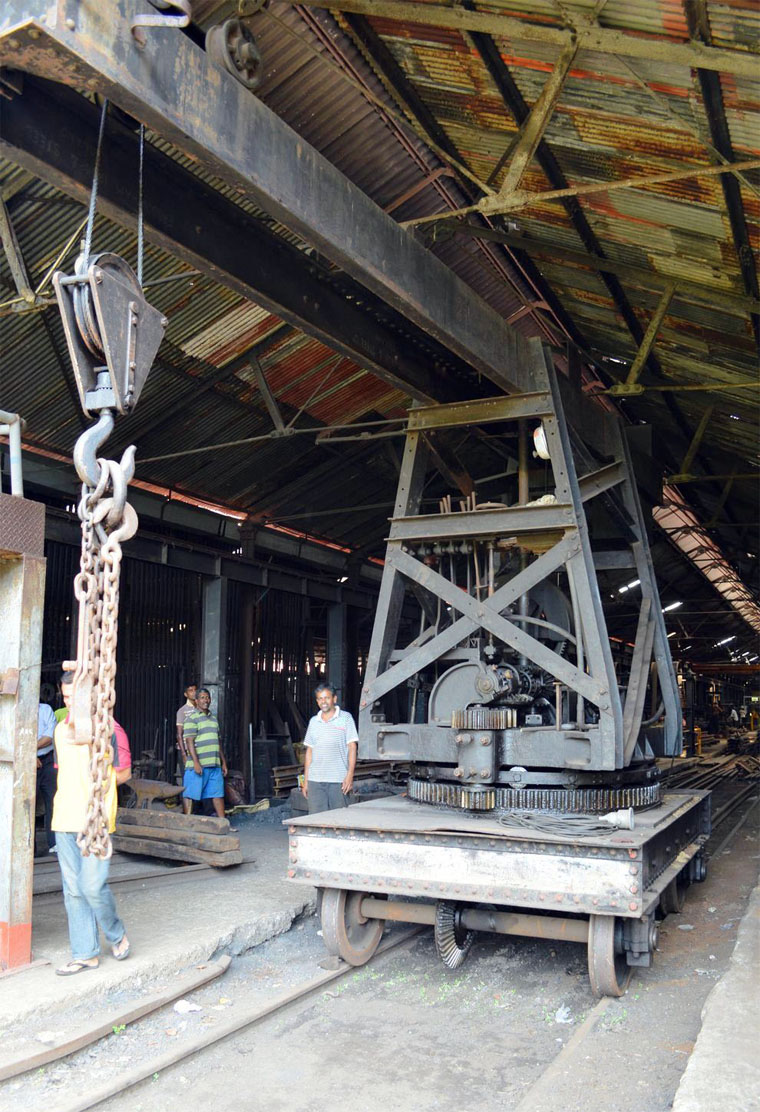 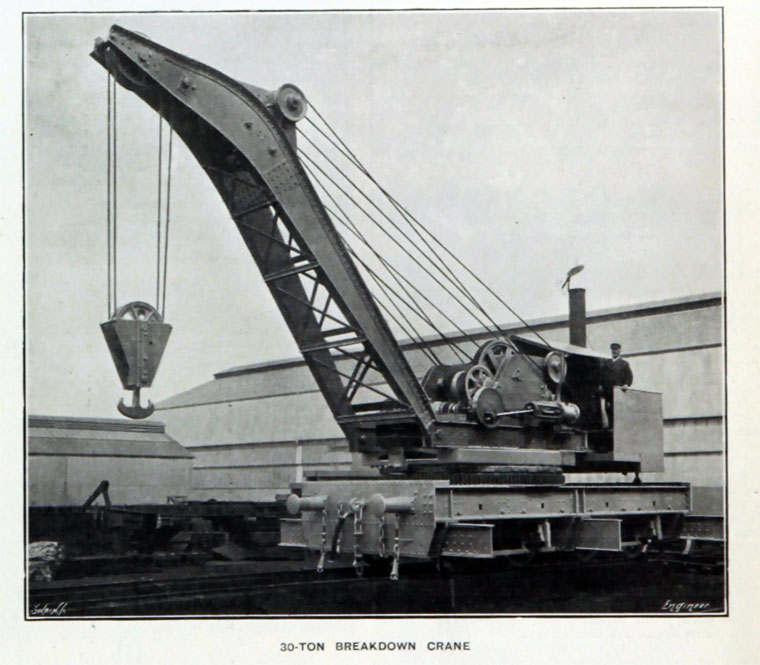 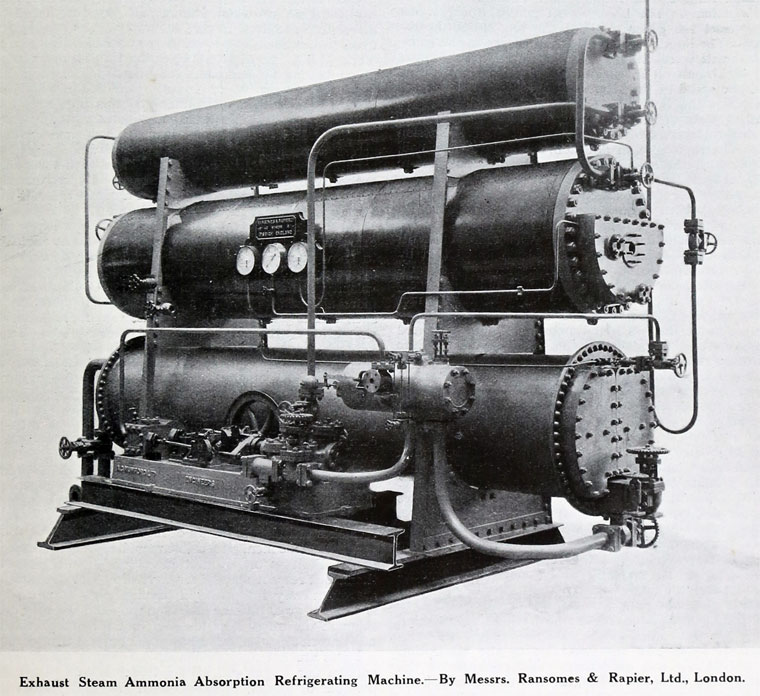 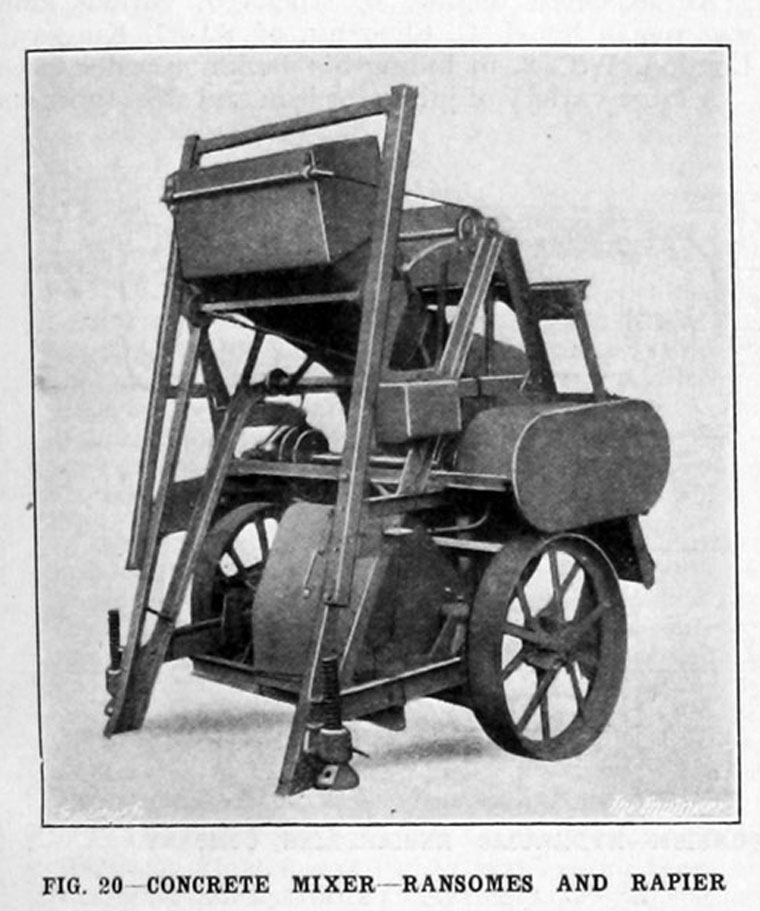 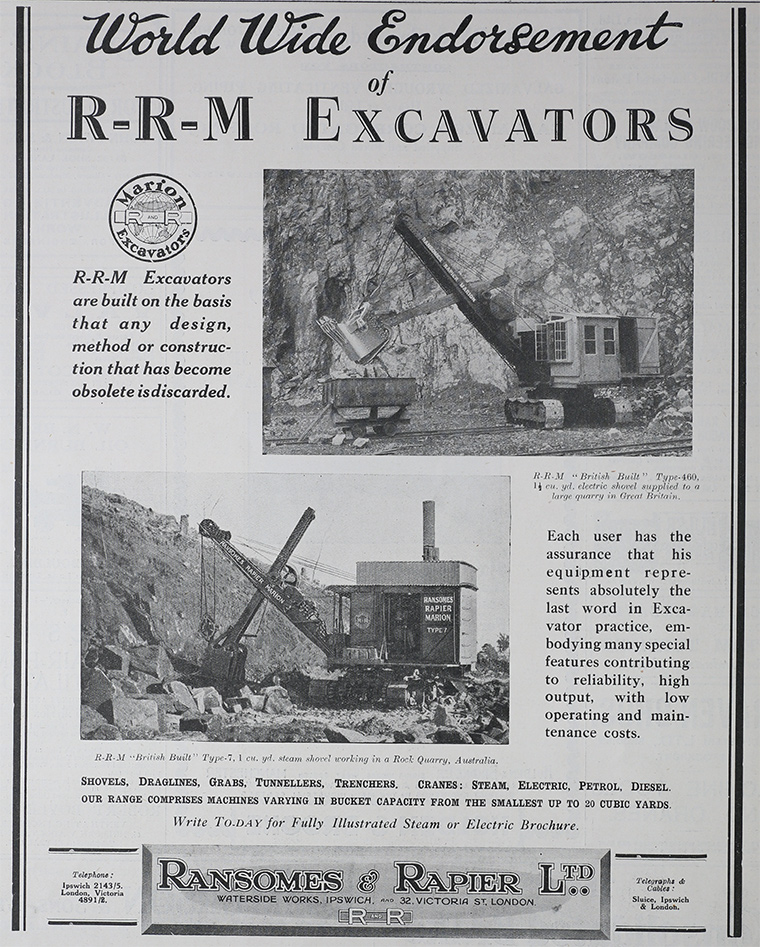 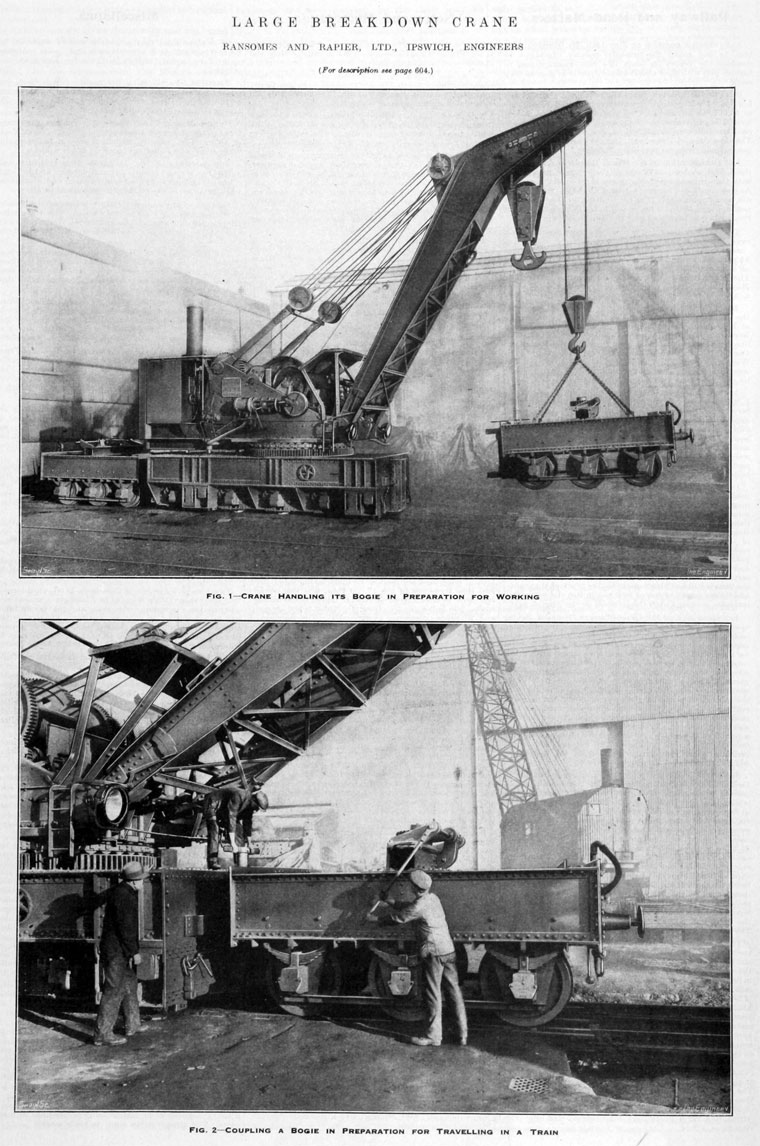 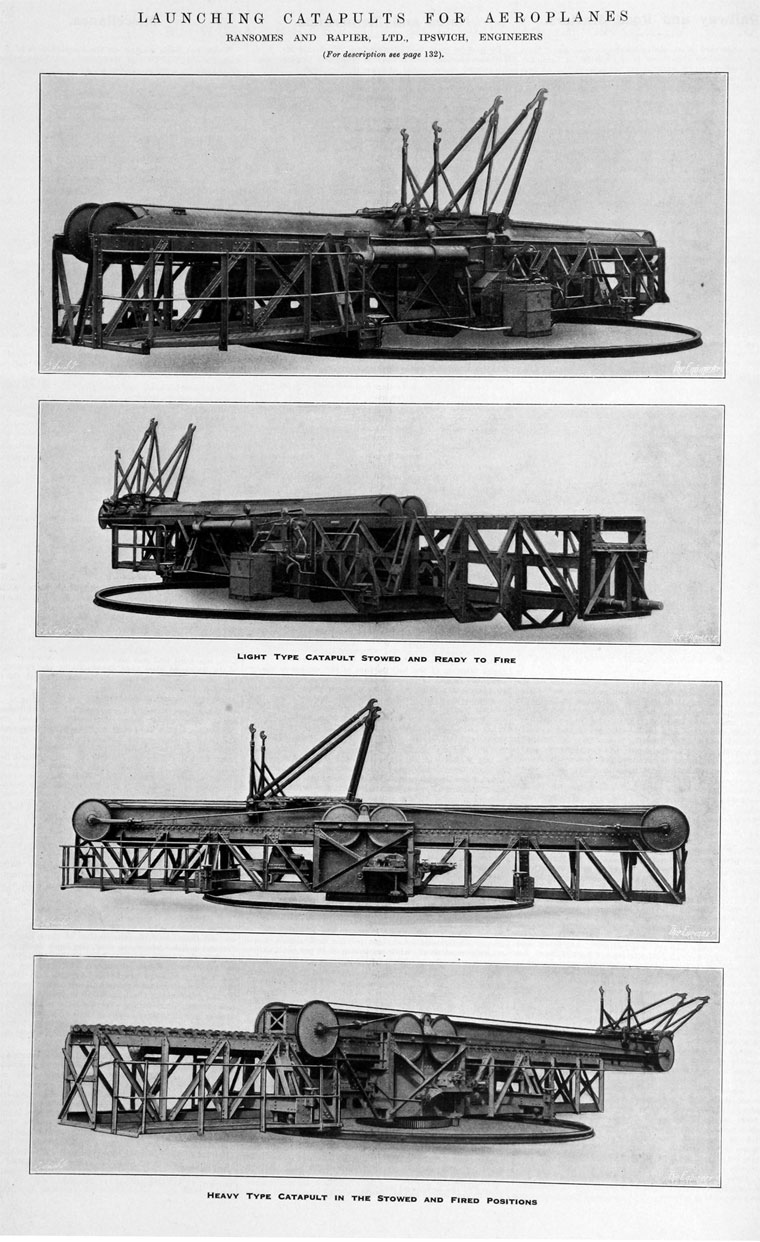 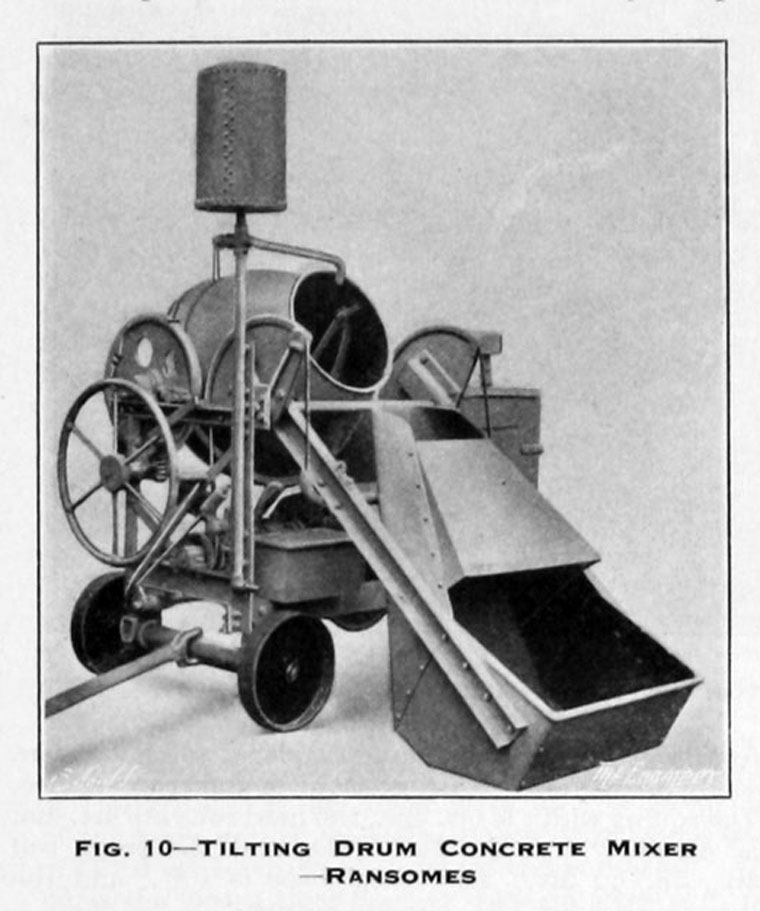 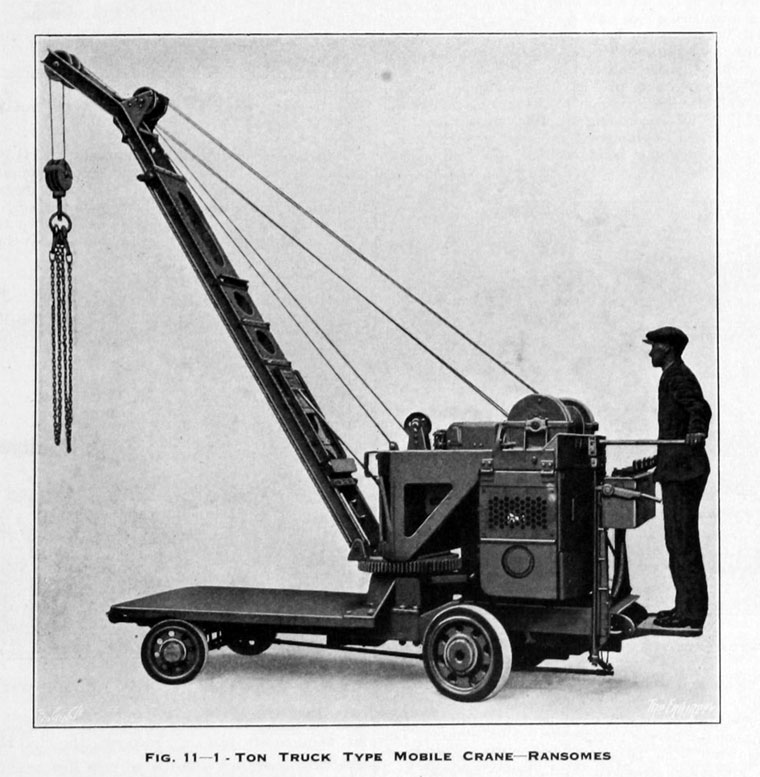 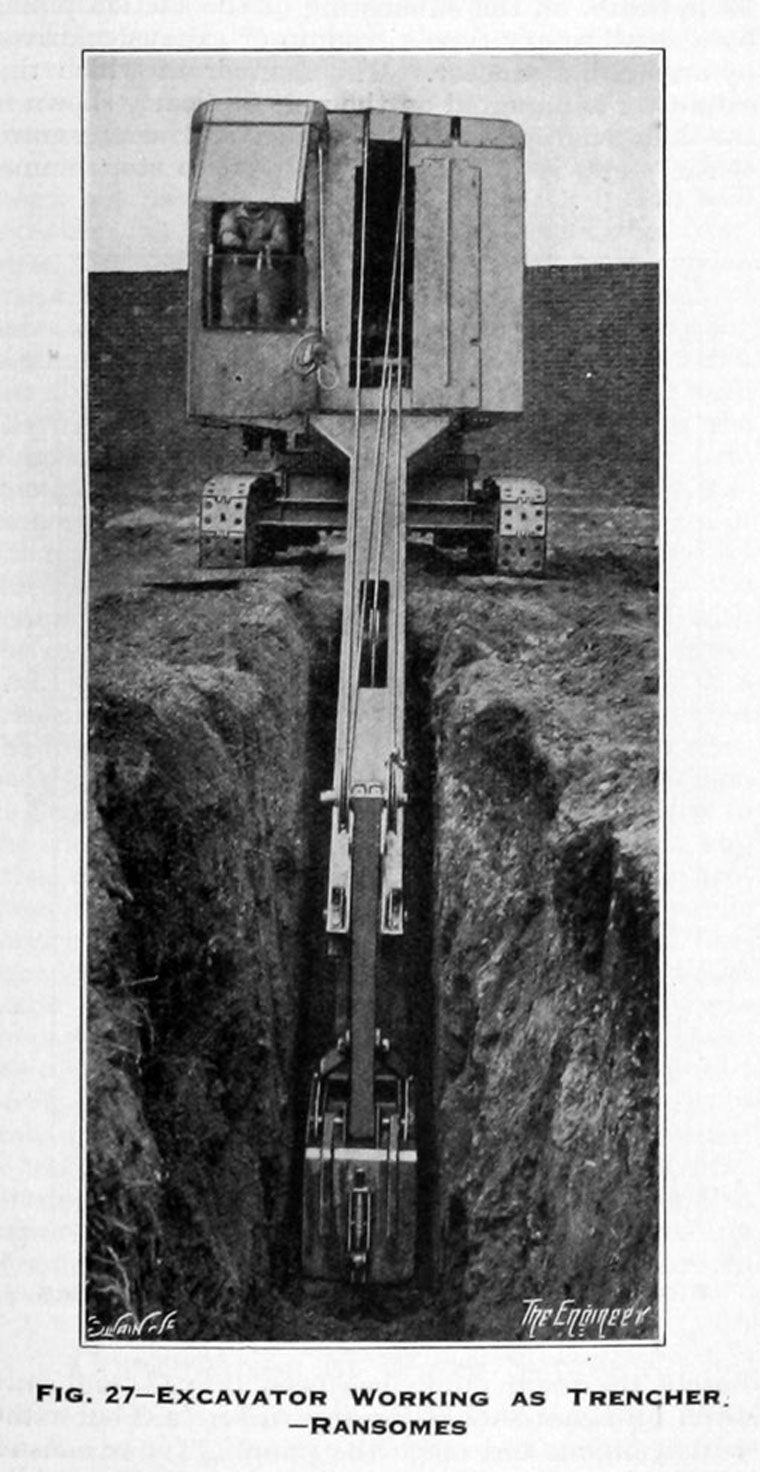 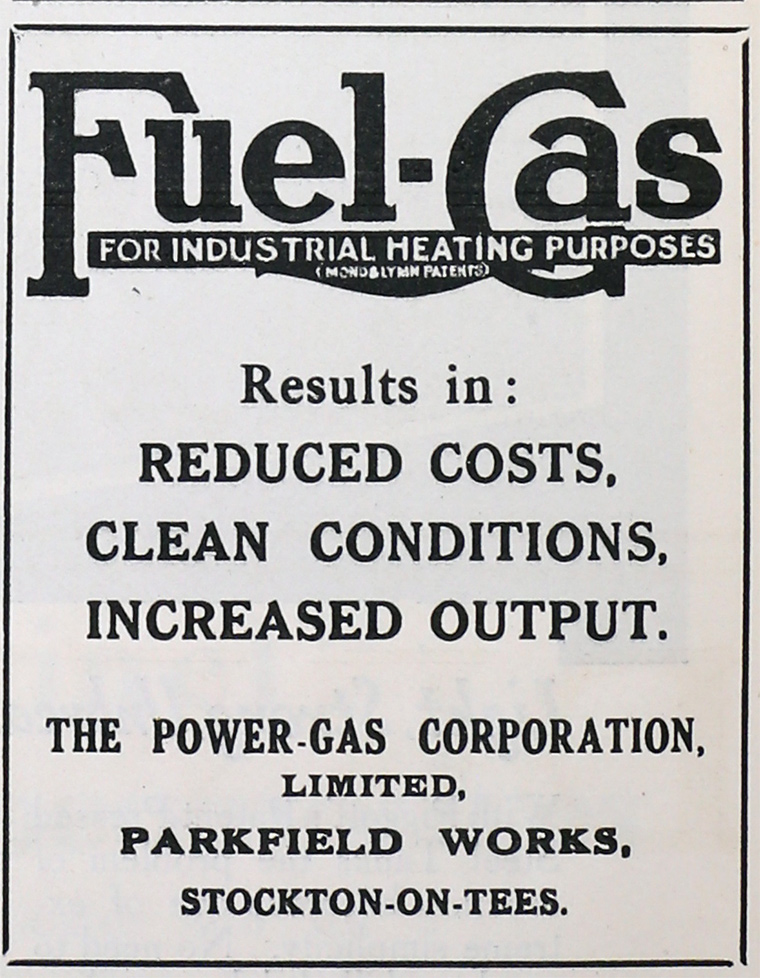 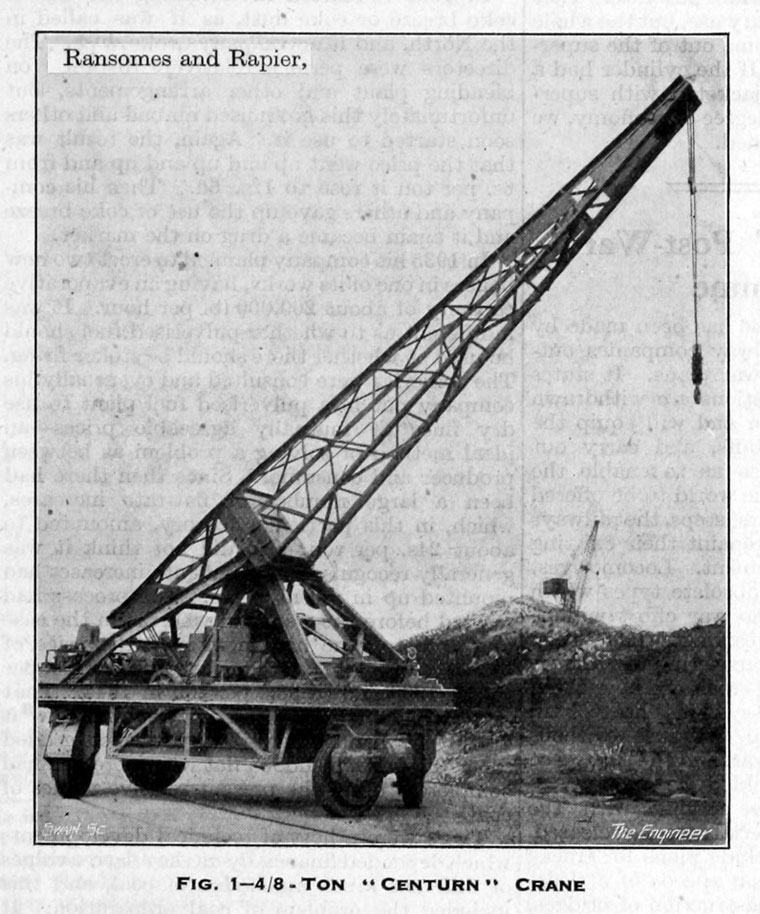 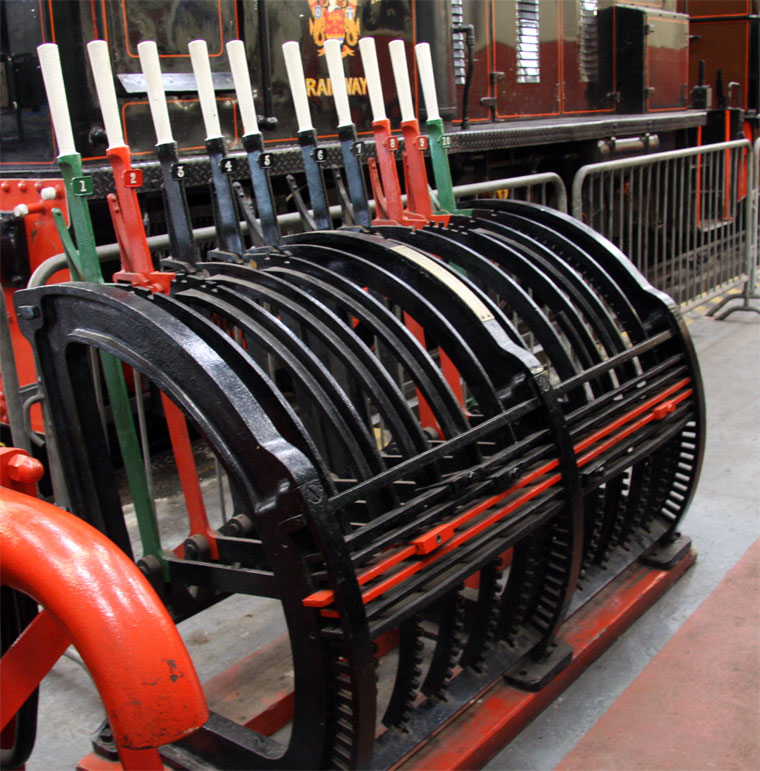 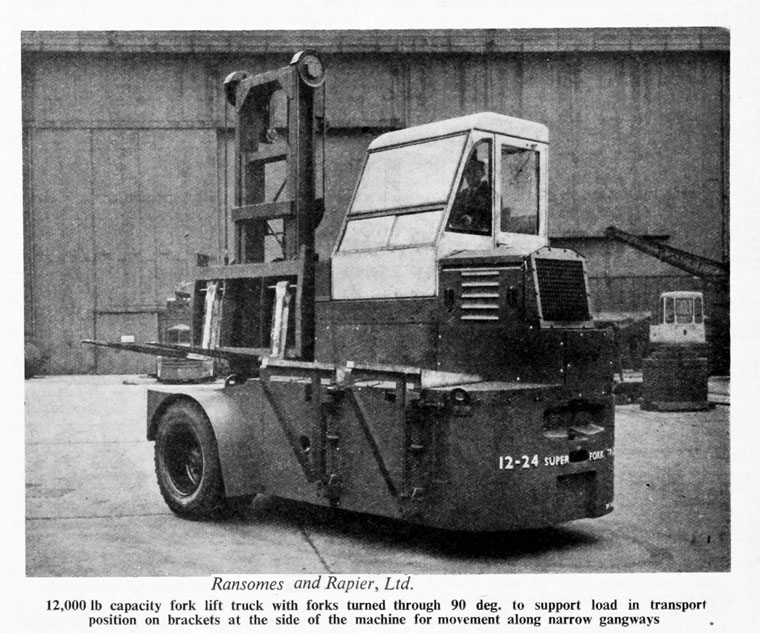 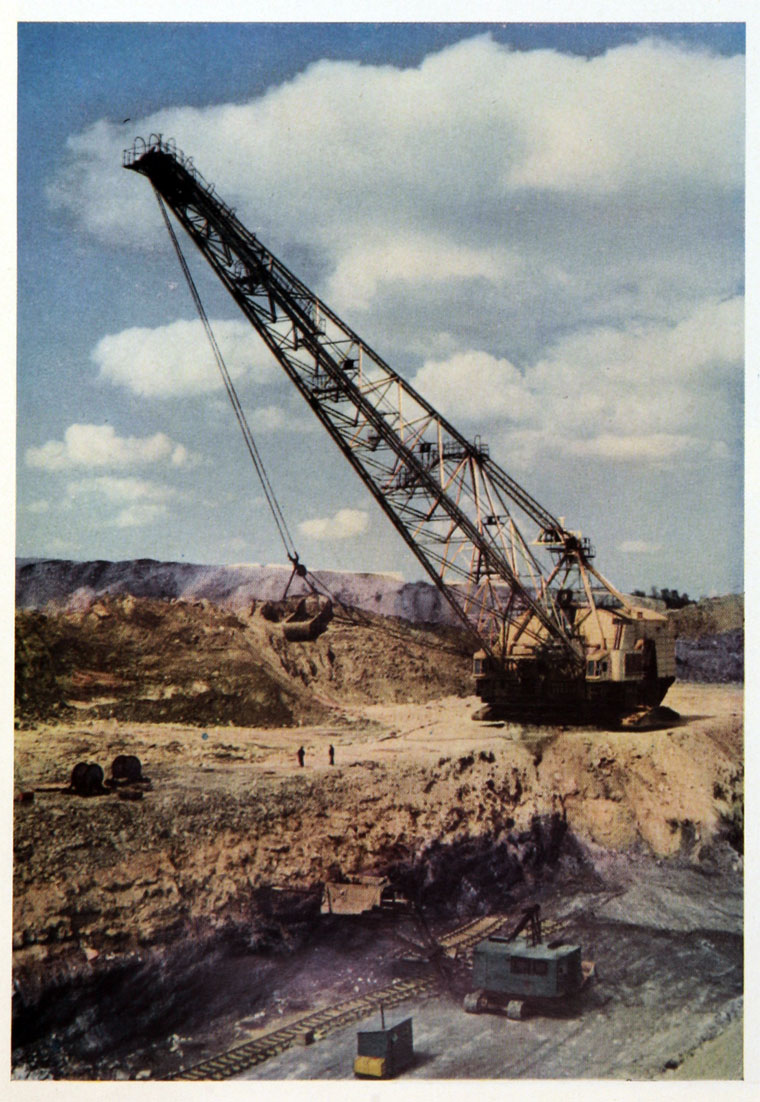 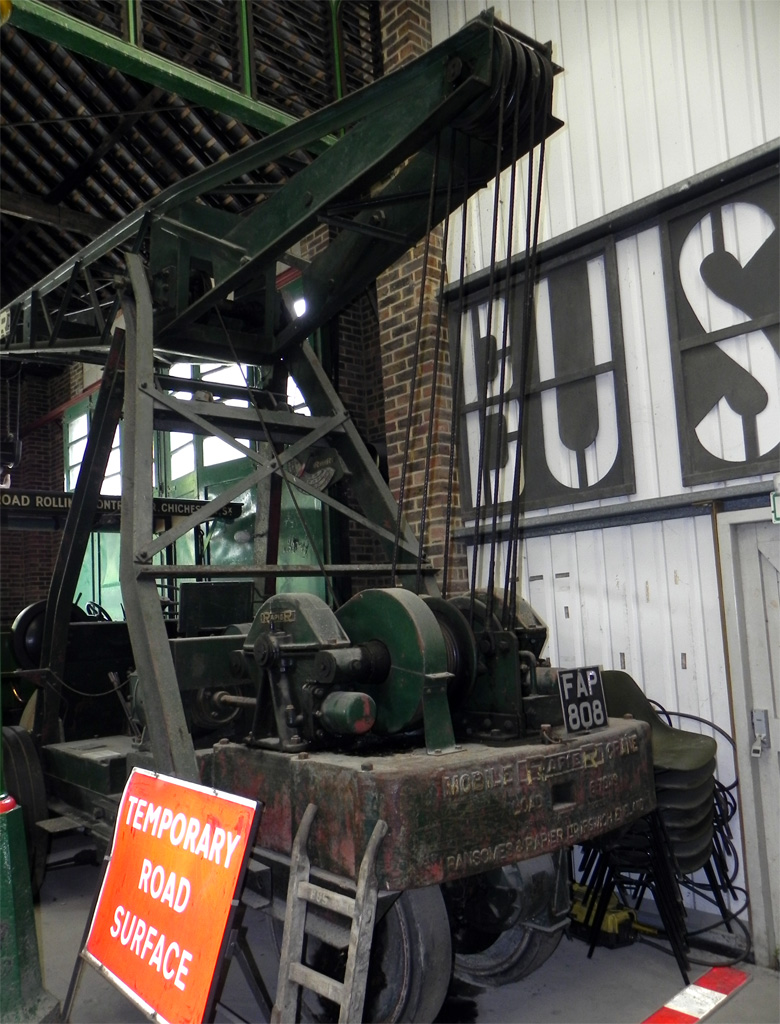 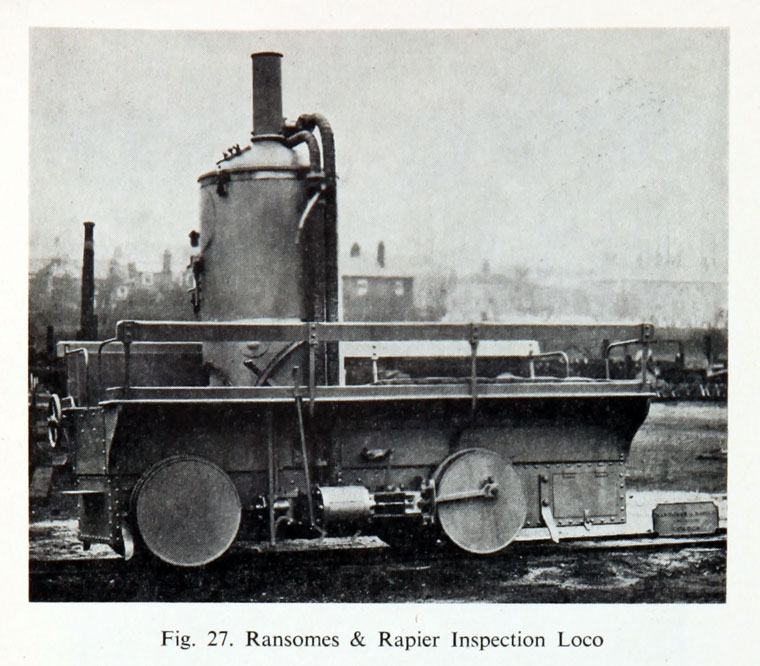 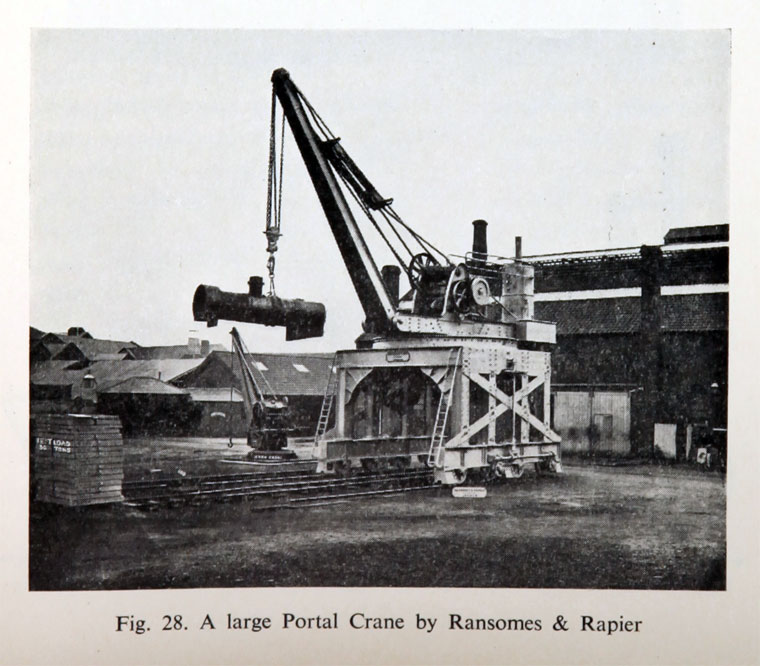 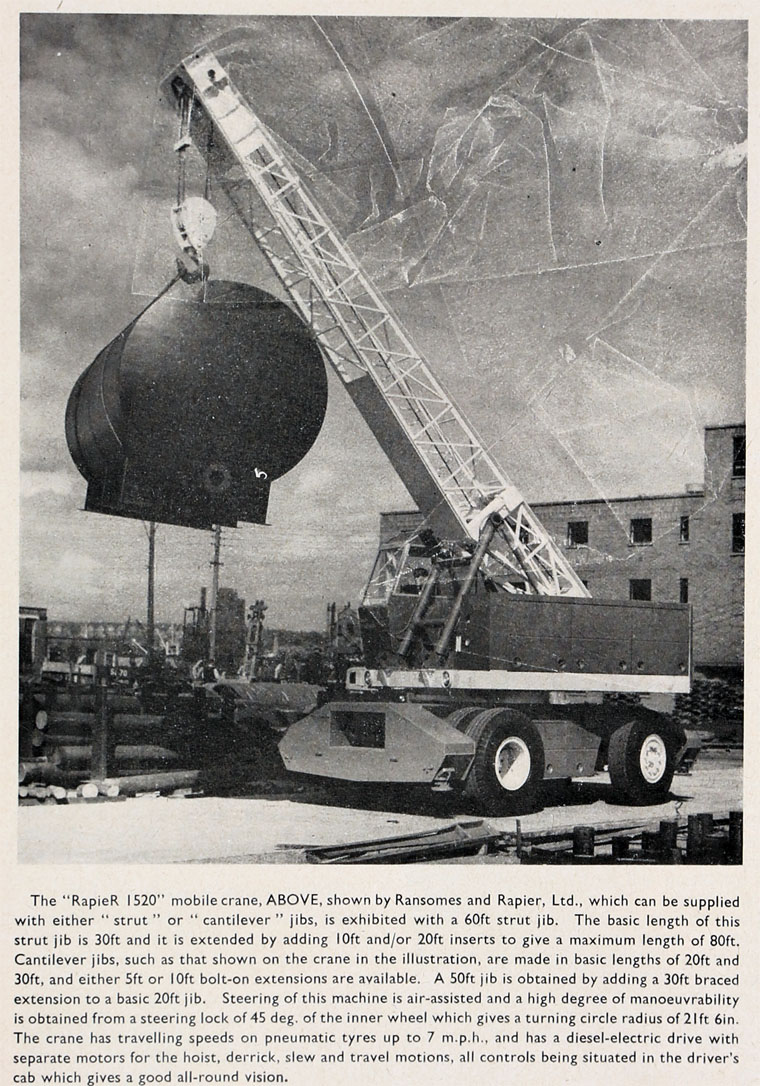 Engineers and makers of machinery for railways and all kinds of public works.

1869 Formed as branch of Ransomes, Sims and Head to concentrate on the railway side of the business and other heavy works. Four engineers, J. A. Ransome, R. J. Ransome, R. C. Rapier and A. A. Bennett, left the company by agreement to establish the new company on a site on the River Orwell. The original partners were Allen Ransome, his son Robert James Ransome and Richard Christopher Rapier‏‎. Chairs, points and rails were made. They also built steam and breakdown cranes; portable and stationary engines.

1876 Three small locomotives made and exported to China.

After 1880 acquired the patent rights to sluices invented by Francis Goold Morony Stoney in 1874, and thus became concerned with hydraulic engineering and water management projects.

These sluices were erected on the Manchester Ship Canal; Wilfrid Stokes improved their design, notably by protecting the rollers from scour when the sluice was open, and by making them completely watertight, and by preventing vibration of the rollers. These sluices were subsequently used for the Aswan Dam on the Nile and for the Sennar Dam on the Blue Nile.

1887 Stoney joined the company as a manager

1890 All-Round Titan Railway Crane. Illustrations and article in 'The Engineer'. [2]

1896 Became a public limited company. The company was registered on 17 April, to acquire the business of engineers of the firm of the same name. [3]

1904 Installed 5 sets of the largest hydraulic buffer stops at Kings Cross station, London, and another 5 sets at the Central Station, Glasgow[5].

1958 Newton, Chambers and Co acquired Ransomes and Rapier; purchased by exchange of shares[8].

1958 The NCK excavator division was formed under the NCK-Rapier brand.[9]

1963 Newton, Chambers and Co sold 40% of Ransomes and Rapier to Koerhing of Milwaukee in a share deal[12].

1972 Newton, Chambers and Co planned to close Ransome and Rapiers and move the business to Thorncliffe but the group was taken over by industrial holding company Central and Sheerwood who kept Ipswich open[14].

1988 Bucyrus-Erie acquired the dragline assets of Ransomes and Rapier Ltd.

Descriptions and illustrations of many Ransomes and Rapier railway breakdown cranes may be found in 'Railway Breakdown Cranes' by Peter Tatlow.