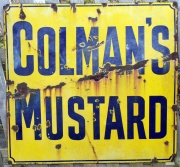 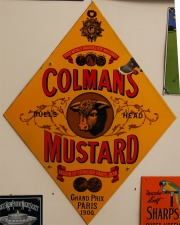 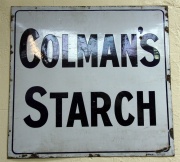 1840 Isaac Reckitt rented, then subsequently (in 1848) bought a starch mill in Hull, diversified into other household products, and became renowned for starch, washing blue and black lead for polishing. His four sons took over after his death. (Reckitt's history page).

1886 Reckitt and Sons began its expansion and opened businesses around the world - the first in Australia.

1888 Reckitt and Sons was launched on the London Stock Exchange.

1913 Joint venture set up in South America between Reckitt and Sons and J. and J. Colman - Atlantis Ltd. So successful that it is extended, in 1921, to cover all trading outside U.K.

1932 A major breakthrough for Reckitt and Sons, with the decision to market a germicide, Dettol, endorsed by the medical profession.

1954 The Chiswick Polish Co merged with Reckitt and Colman.

1968 Rationalisation programme planned; the divisions of the company would be:[1]

1970 The Meltonian Wren factory at Cricklewood was to be closed

1991 Sold the shoe polishes to Sara Lee; as a result of a Monopolies and Merger Commission investigation, the government required Sara Lee to sell Cherry Blossom[2]

1995 The Colman's part of the business was demerged and Colman's became part of Unilever.