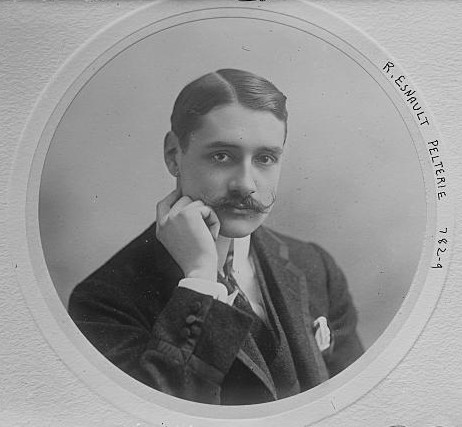 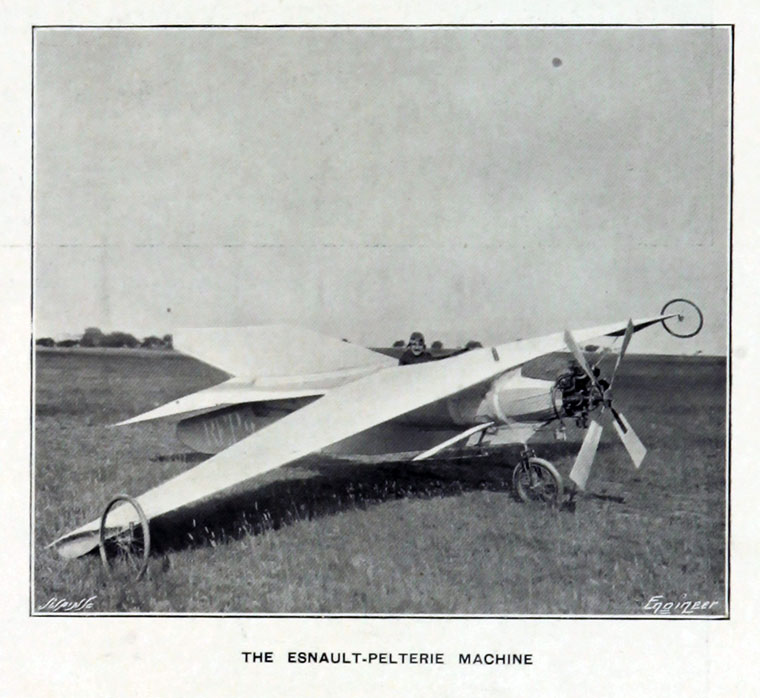 He was born in Paris, the son of a textile industrialist. He was educated at the Faculté des Sciences, studying engineering at the Sorbonne.

His early experiments in aviation were based on the Wright Brothers machine, and used a biplane glider. His glider designs were tested on a beach near Calais, using wing-warping techniques for controlling the flight. However his designs were based upon misinformation and proved a failure. After condemning the Wright brother's approach, he developed the concept of the aileron along the trailing edge. This is now a standard roll manoeuvering element on most modern aircraft. (Note that the aileron was also invented independently by the Aerial Experiment Association, headed by Alexander Graham Bell).

Trials of the monoplane Pelterie II began on June 8, 1908. This aircraft set a record with a 1,200 m flight at 30 m altitude. After a modified version of this plane was flown for the last time in 1909 at Rheims, Pelterie stopped flying and instead focused on the development and manufacture of aeroplanes.

He served in World War I and was made an Officier de la Légion d'Honneur.

His family had invested heavily to fund his aeroplane designs, and this had left them nearly in financial ruins. However, he was the inventor of the "joy stick" flight control, and owned a patent on the design. Following the war he was involved in litigation over his joy stick patent. Many planes built during the war had used this design and the aircraft companies owed him royalties. The damages he won and subsequent royalties made him a wealthy man. This also allowed him to repay his father's significant investment.

He gained an interest in space travel, and in 1913 presented a paper that derived (not knowing of Tsiolkovsky's 1903 work) the rocket equation and calculated the energies required to reach the Moon and nearby planets. In this talk, he proposed the use of atomic energy, using 400 kg of radium to power an interplanetary vehicle. His culminating work was L'Astronautique, published in 1930. A later version published in 1934 included details on interplanetary travel and applications of nuclear power.

In November, 1928 he was married to Carmen de Quiros on board the Ile de France while sailing to New York.

In 1929 Robert proposed the idea of the ballistic missile for military bombardment. By 1930, Robert and Jean-Jacques had persuaded the French War Department to fund a study of the concept. In 1931, the two began experimenting with various types of rocket propulsion systems, including liquid propellants. The same year he ran a demonstration of a rocket engine powered with gasoline and liquid oxygen. During an experiment with a rocket design using tetra-nitromethane he lost three fingers from his right hand during an explosion. Their work failed to galvanize an interest in rocketry within France.

Among his interests was horseback riding, playing golf, camping, and driving a car. During his lifetime he earned about 120 patents in a variety of fields ranging from metallurgy to automobile suspension. He was the inventor of the "joystick" aircraft control, radial engines, and of a new type of fuel pump. He also developed the idea of rocket manoeuvre by means of a gimballed nozzle.