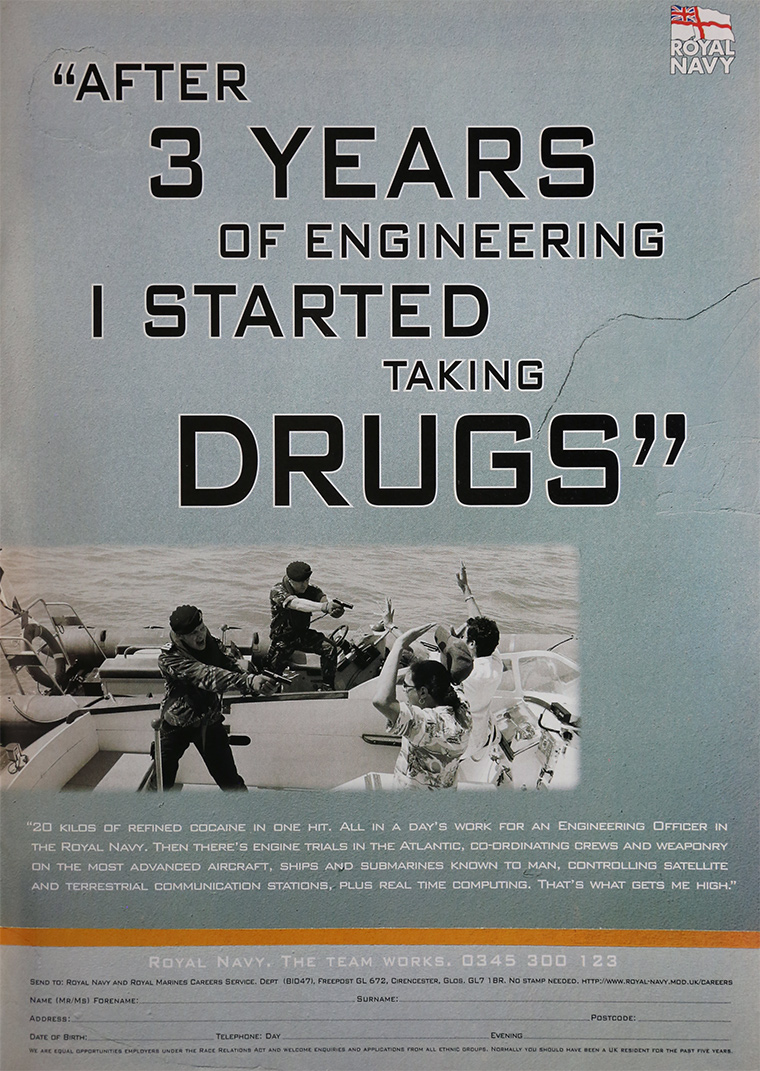 The Royal Navy (RN) is the United Kingdom's principal naval warfare force. Tracing its origins to the 16th century, it is the oldest service and is known as the Senior Service. From the end of the 17th century until well into the 20th century, it was the most powerful navy in the world, playing a key part in establishing the British Empire as the dominant world power. Due to this historical prominence, it is common – even among non-Britons – to refer to it as "The Royal Navy" without qualification.

Following victory in the First World War, the Royal Navy was significantly reduced in size, although at the onset of the Second World War it was still the largest in the world. By the end of the Second World War, the United States Navy had emerged as the world's largest. During the course of the Cold War, the Royal Navy transformed into a primarily anti-submarine force, hunting for Soviet submarines, mostly active in the GIUK gap. Following the collapse of the Soviet Union, its focus has returned to expeditionary operations around the world.[1]

The Engineering Branch of the Navy may be said to have had its birth when the Admiralty in 1821 purchased the little Monkey and laid down the Comet, vessels of about 200 tons, fitted with engines built by the famous firm of Boulton and Watt. The great engineer himself was then dead, but when later on the Navy possessed a considerable fleet of steamers the Admiralty called to their assistance Peter Ewart, who had been an assistant and personal friend of Watt. Woolwich Dockyard was the first home of Naval Engineering and Ewart took up his residence there in 1835, being then sixty-eight years of age. Two years later an office was opened in Somerset House and William Edward parry|Captain Sir Edward Parry]], the Arctic explorer: became Comptroller of the Steam Department at the Admiralty. In 1846 he was succeeded by Captain Ellice, who a year afterwards was followed by Thomas Lloyd, by far the most important engineer connected with the Branch in its early days. Born at Portsmouth in 1803, Lloyd had been trained as a naval architect, but quite early in his career had been detailed study steam machinery, and he thus became an inspector of steam machinery at Woolwich and from 1847 to 1869 held the office of Engineer-in-Chief at the Admiralty. His successor in the office was another civilian, Sir James Wright, but on his retirement, in 1887, Richard Sennett, a naval engineer holding the now obsolete rank of Inspector of Machinery, was made Engineer-in-Chief. Sennett has been followed by Engineer Vice-Admirals Sir John Durston (1889- 1907), Sir Henry Oram (1907- 1917), Sir George Goodwin (1917- 1922) and Sir Robert Dixon.[2]

1926 - The Engineering Branch of the Navy in 1926 had personnel of about 23,000 or 24,000 officers and men. A glance at the Navy List showed that there were some 1300 officers of various grades ranging from the rank of Engineer Vice-Admiral to that of Warrant Engineer.[3]

The engineering work done under the Director of Dockyards was only second in importance to that done under the Engineer-in-Chief. The history of our yards goes back to Henry VIII, but the introduction of mechanical engineering as distinct from the old mill-wrighting was due to Sir Samuel Bentham who installed steam engines, and Brunel whose wonderful block-making machinery marked an epoch in dockyard practice. Simon Goodrich, who trained some of the earliest naval engineers, was Mechanical Engineer of Portsmouth from 1799 to 1831. But, Woolwich, not Portmouth, was the cradle of naval engineering. Ewart and Lloyd at first had their offices there, and in 1838 a steam factory was erected. About the same time Thomas Hamshaw became engineer of Malta Yard, and by 1846 there were engineering shops at Chatham, Portsmouth and Devonport. Among the civilian officers found in them were Andrew Murray, a student of Edinburgh and an assistant of Fairbairn, and Charles Atherton a Cambridge Wrangler and a pupil of Telford.[4]

Naval Engineering from the first was associated with many famous engineers, and it is a misconception to think that the early engineers in the Navy were all men of little or no education. Just as the office of Engineer-in-Chief in 1887 was filled by a naval engineer, so the appointments at the yards had gradually ceased to be held by civilians, the much esteemed John Dinnen being the first naval engineer to hold such a post.[5]

It was in 1869 that chief engineers afloat were first directed to inspect iron gun mountings, and if necessary to repair them, and a few years later care of the steam turret gear was added to their responsibilities. Engineer officers were also appointed for the re-venting of heavy guns and it was Edward Newman, Chief Engineer of Portsmouth Yard, who, in conjunction with Captain Grenfell, worked out one of tho first designs for a hydraulic gun mounting. Just as the coming of the steam and hydraulic gun mounting called for engineering knowledge, so did the introduction of the torpedo. Whitehead invented his automobile torpedo in 1866. For over twenty years the torpedoes in ships and all the stores for them were in the charge of the Engineer officers, and engineers have played a very important part in the development of this particular weapon. Torpedo work comes under the Director of Torpedoes and Mining, a torpedo specialist of great experience, but the Torpedo Depots at the Naval ports the torpedo factory at Greenock and the Mining Depots at Frater (Portsmouth) and Wrabness (Harwich) have from the first been in charge of engineer officers.[6]

See Also: Waterlow and Sons Souvenir Booklet: The British Navy From 1837 to 1897