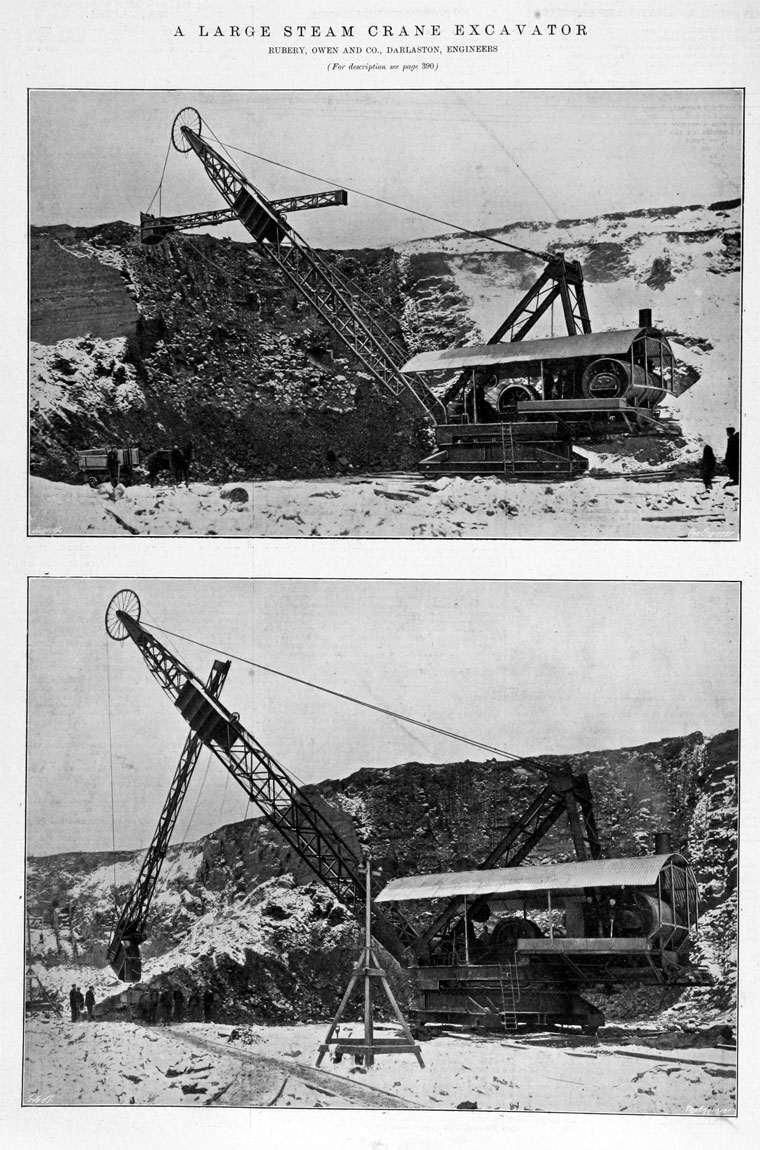 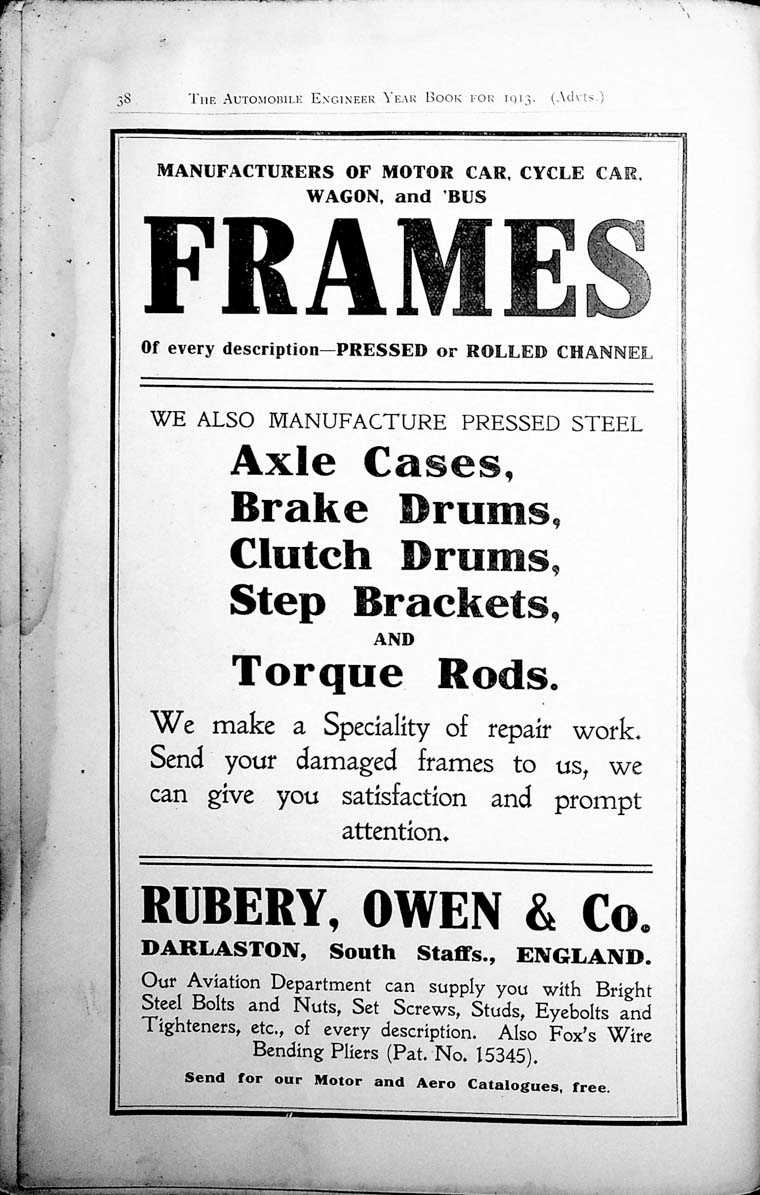 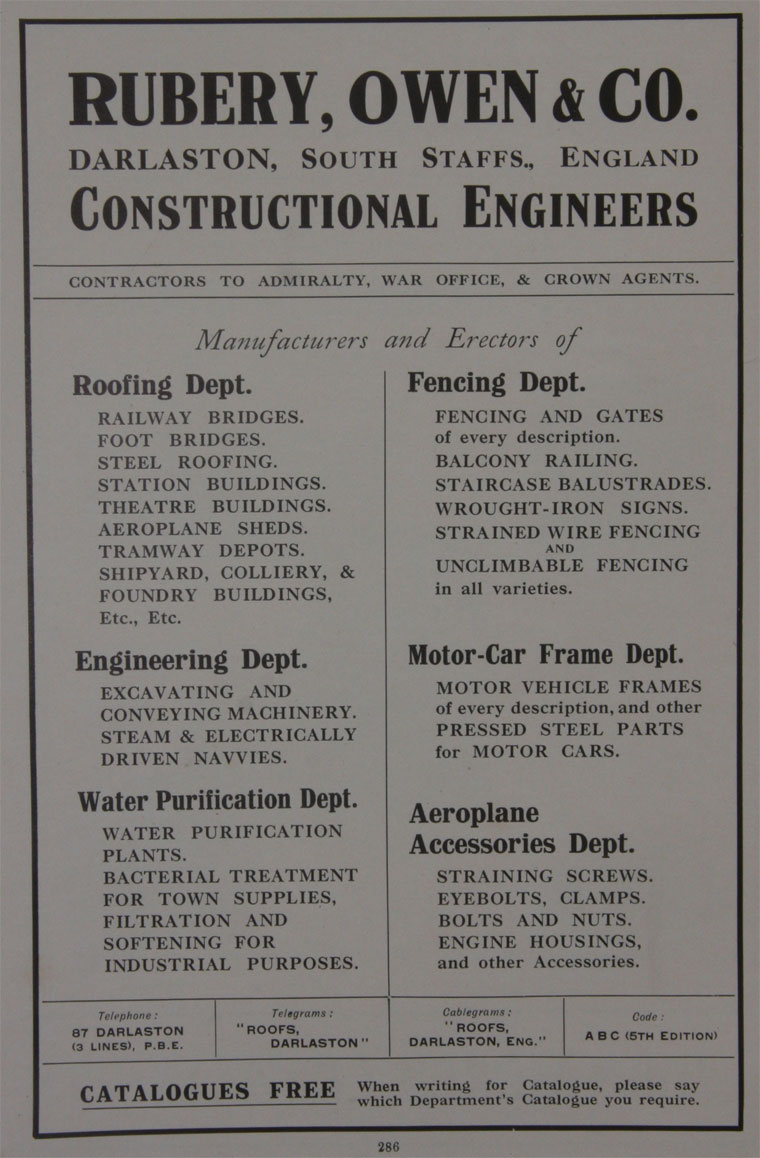 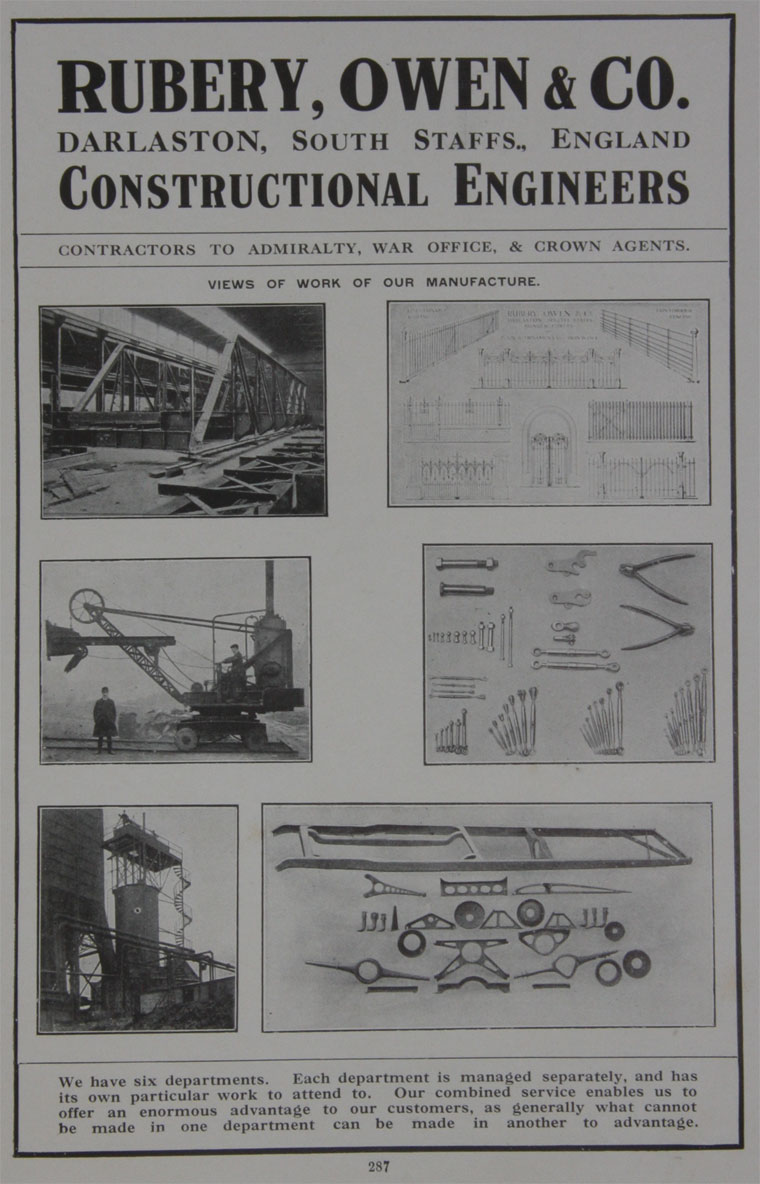 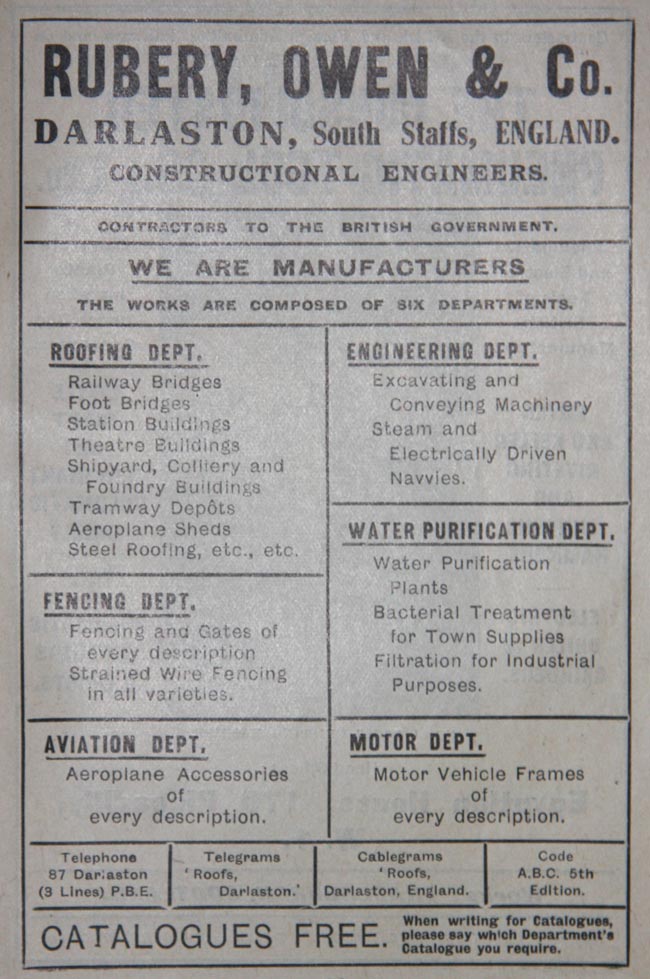 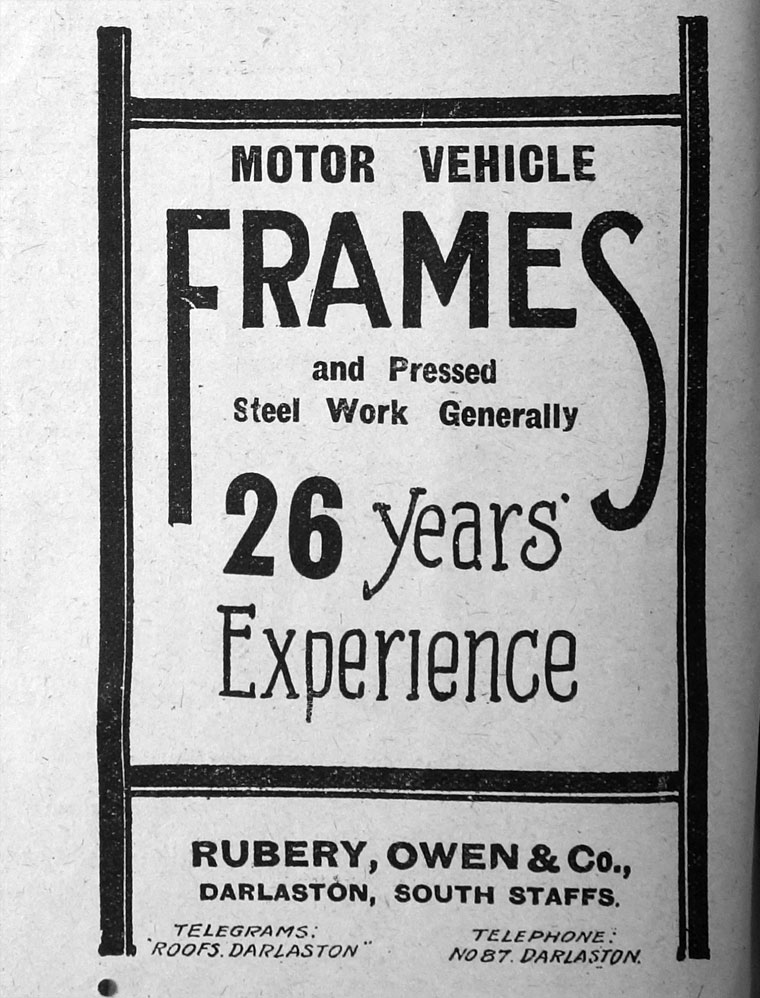 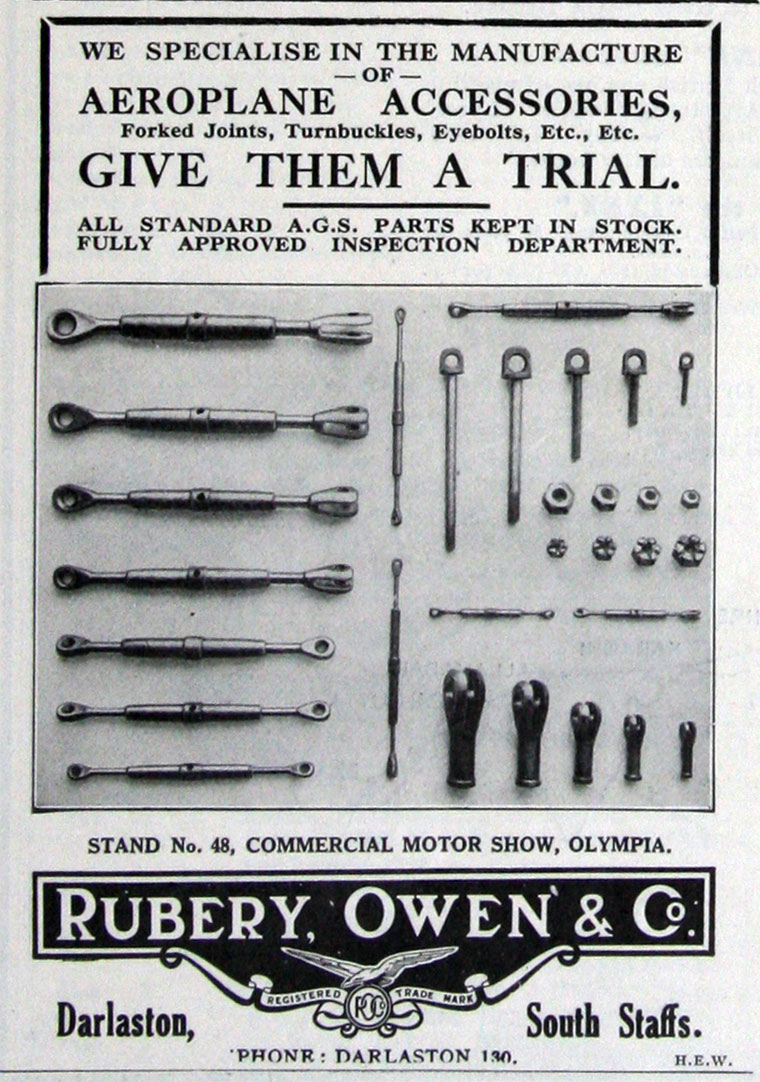 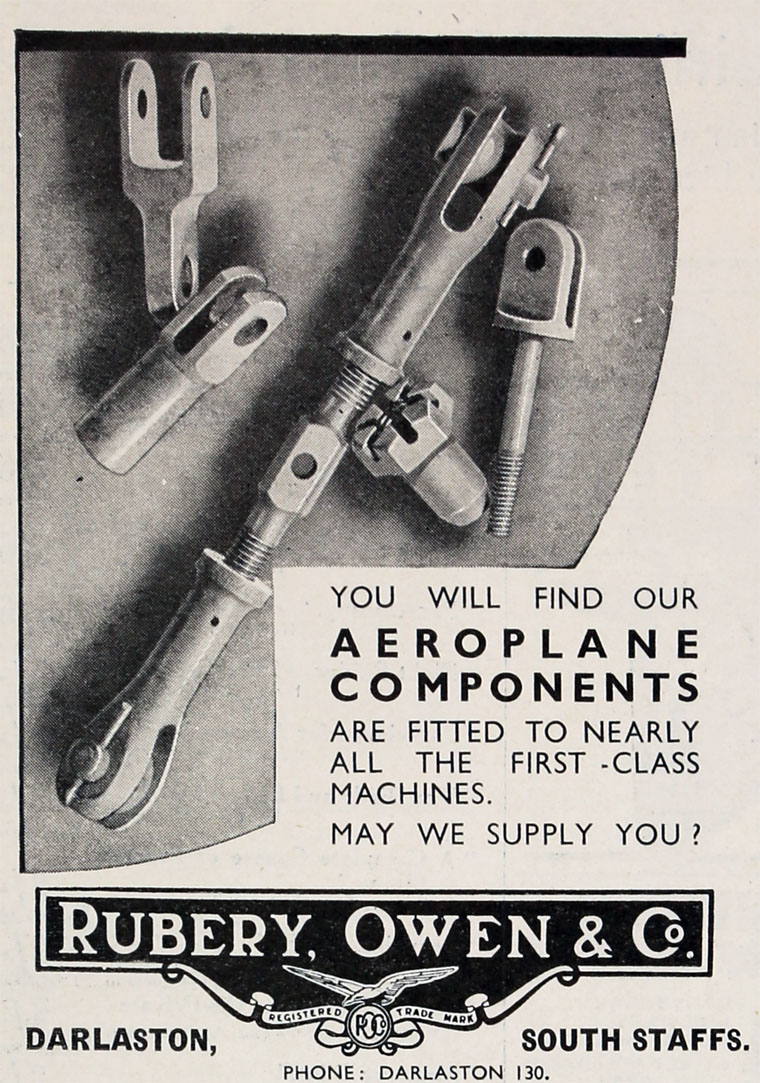 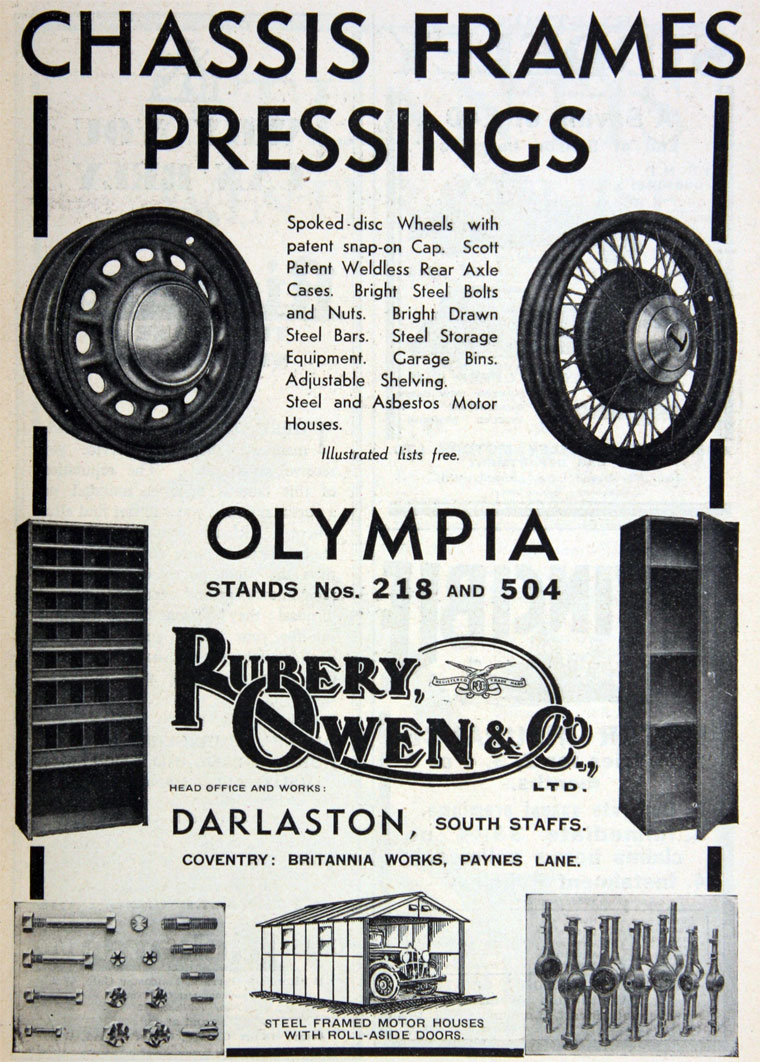 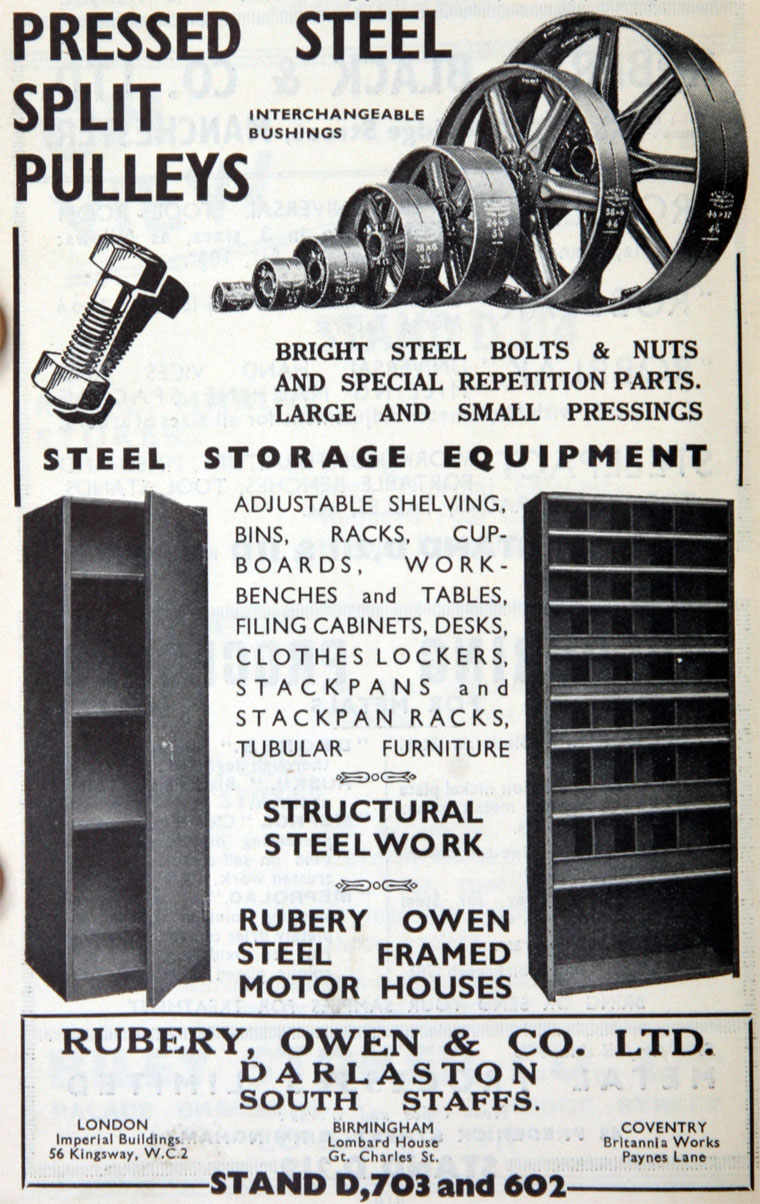 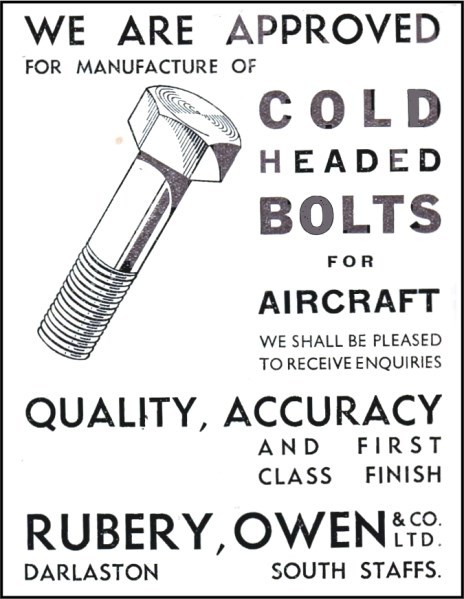 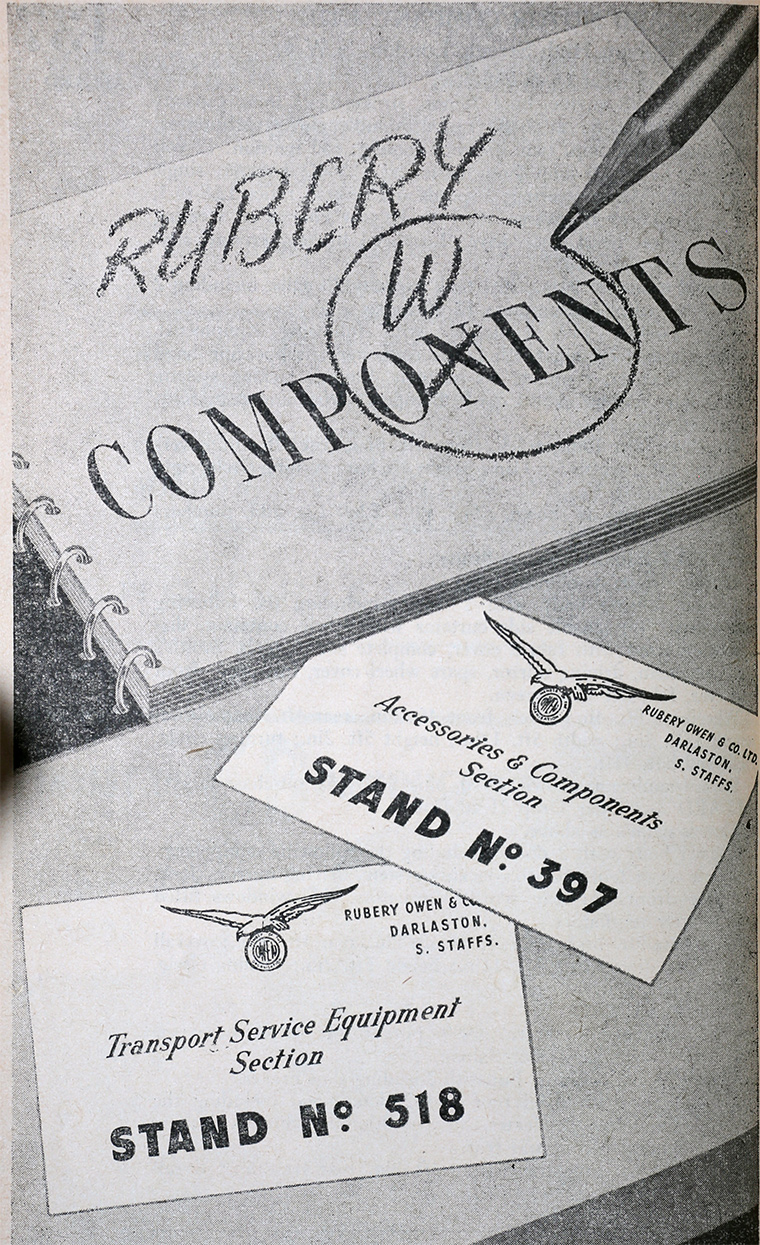 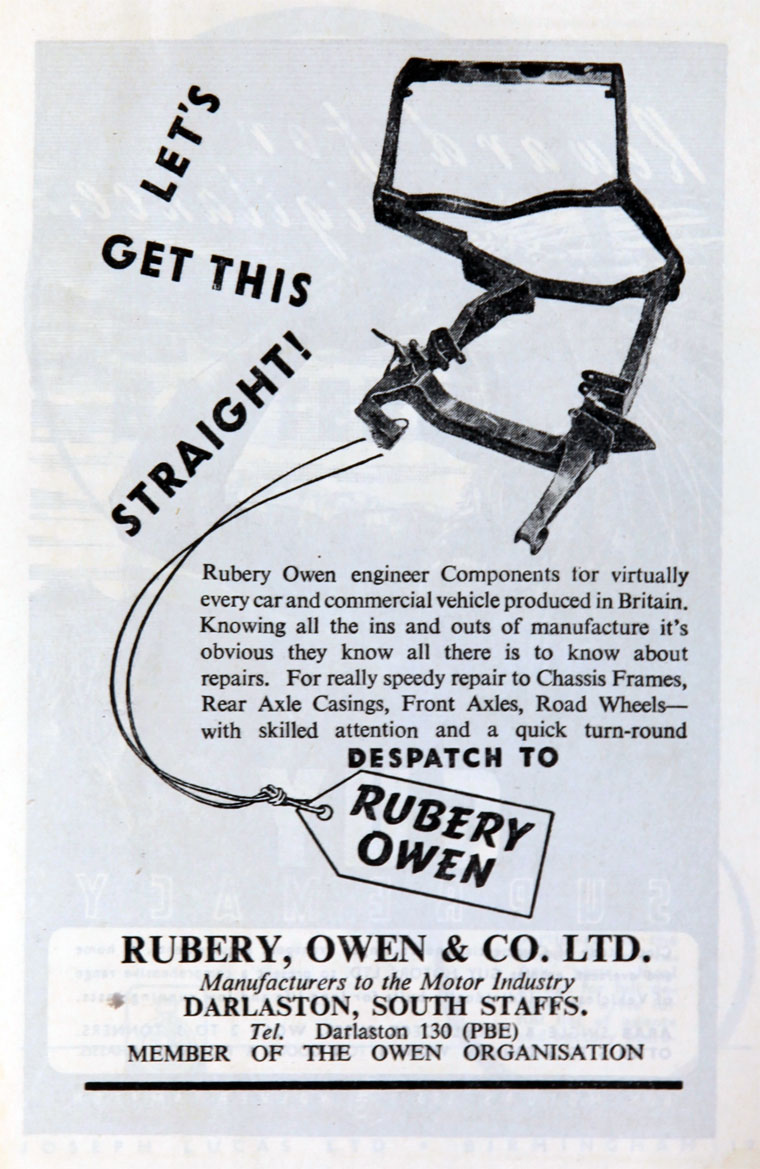 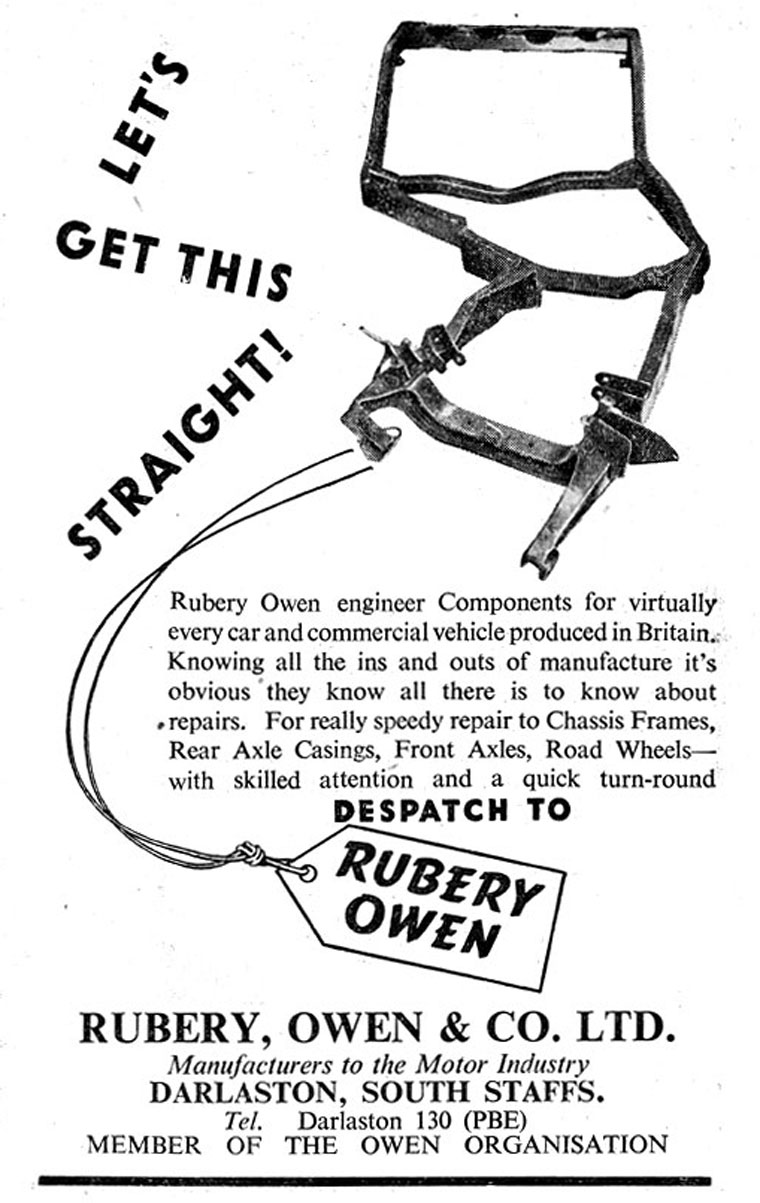 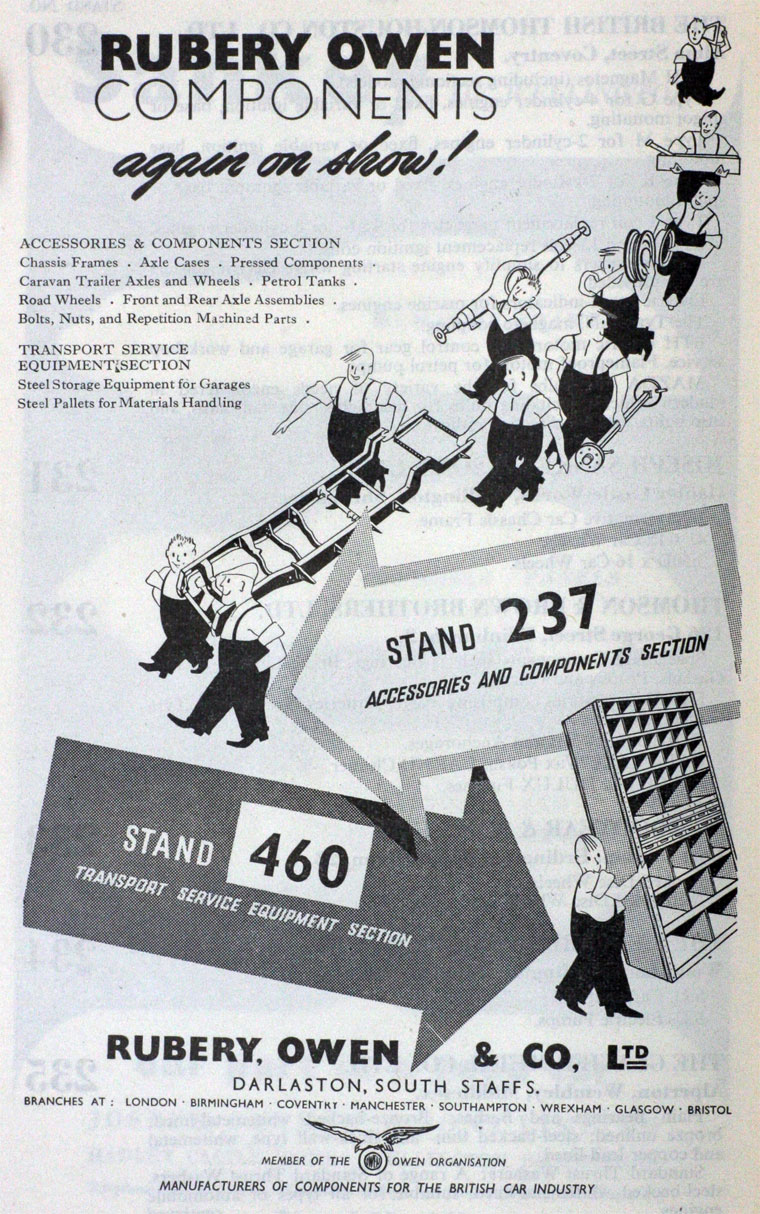 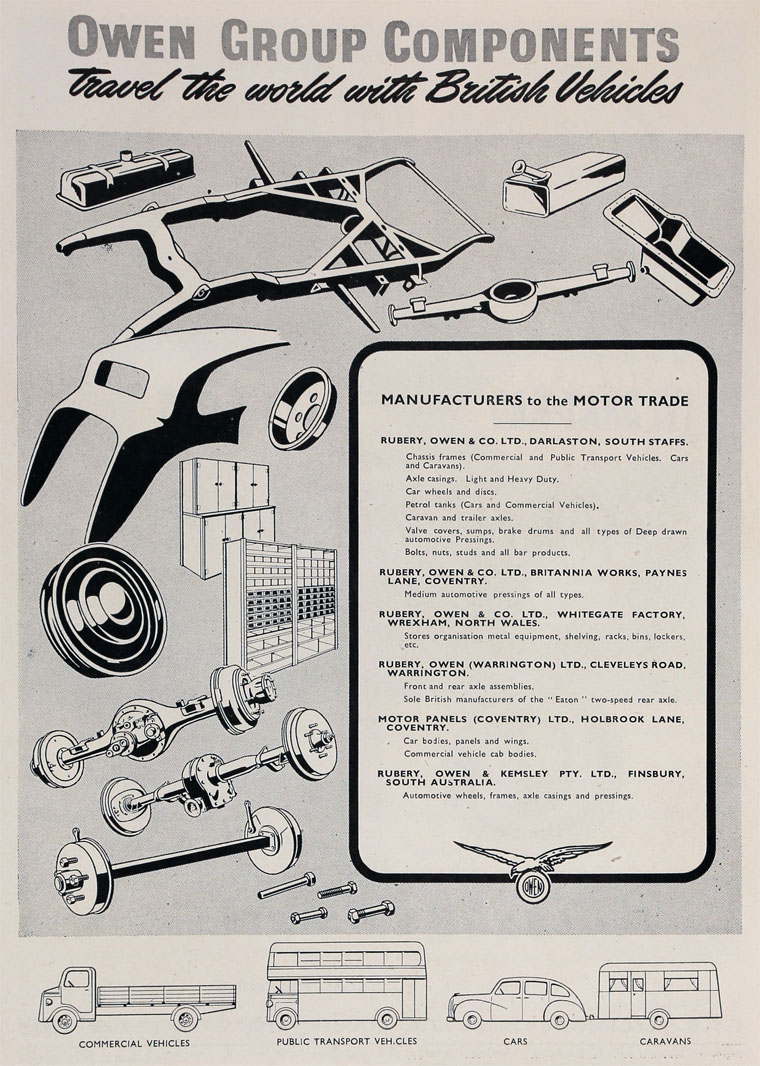 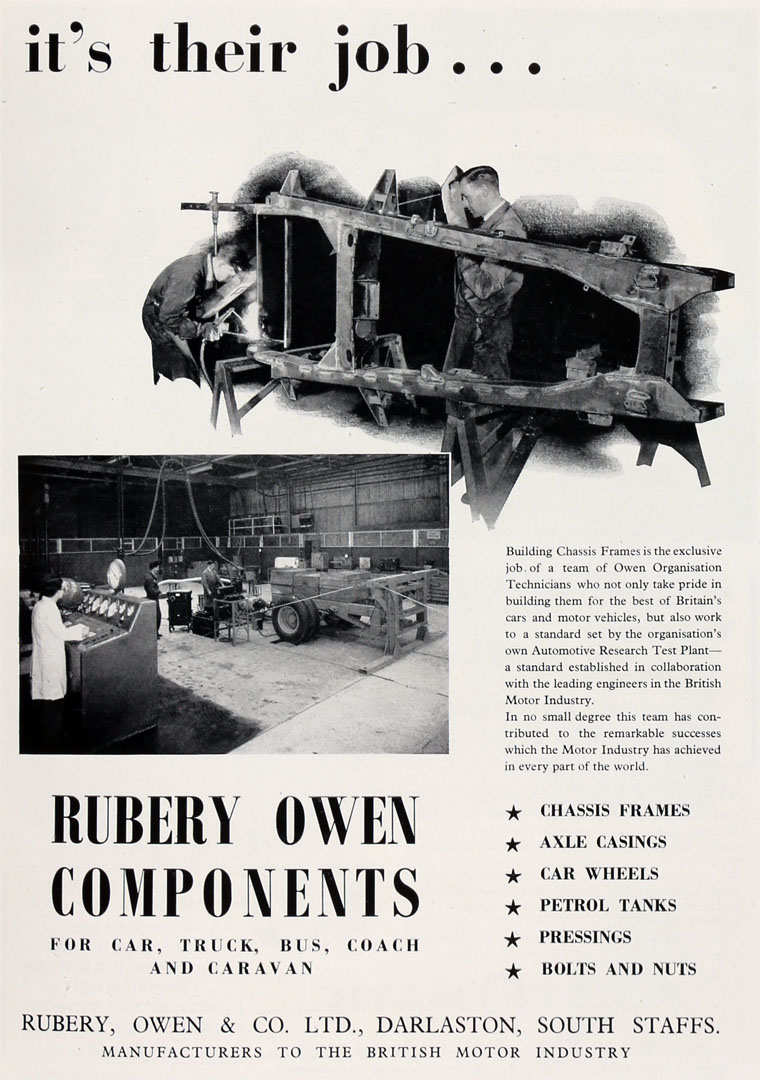 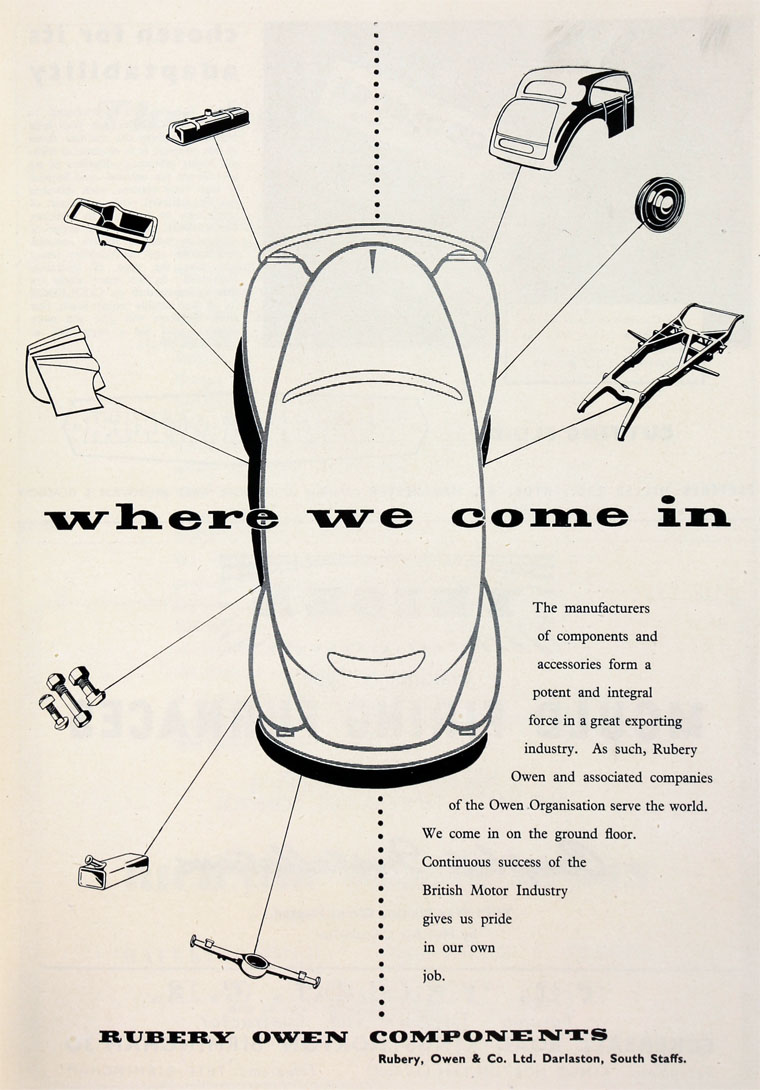 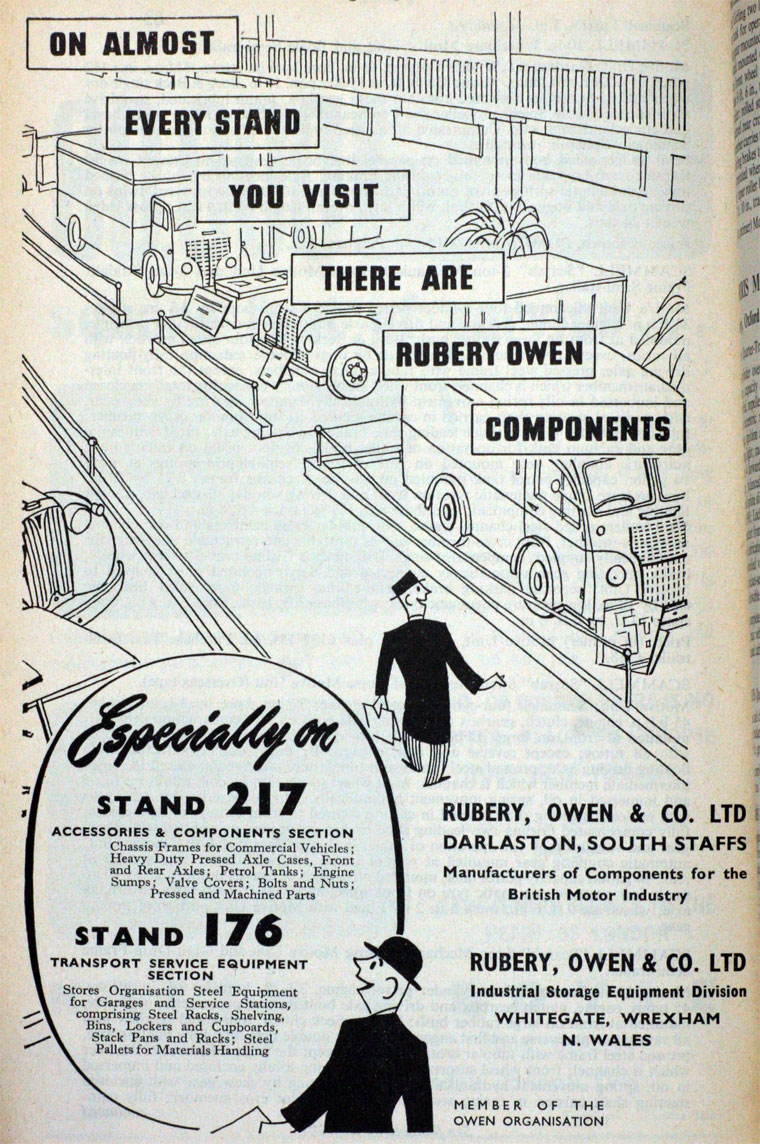 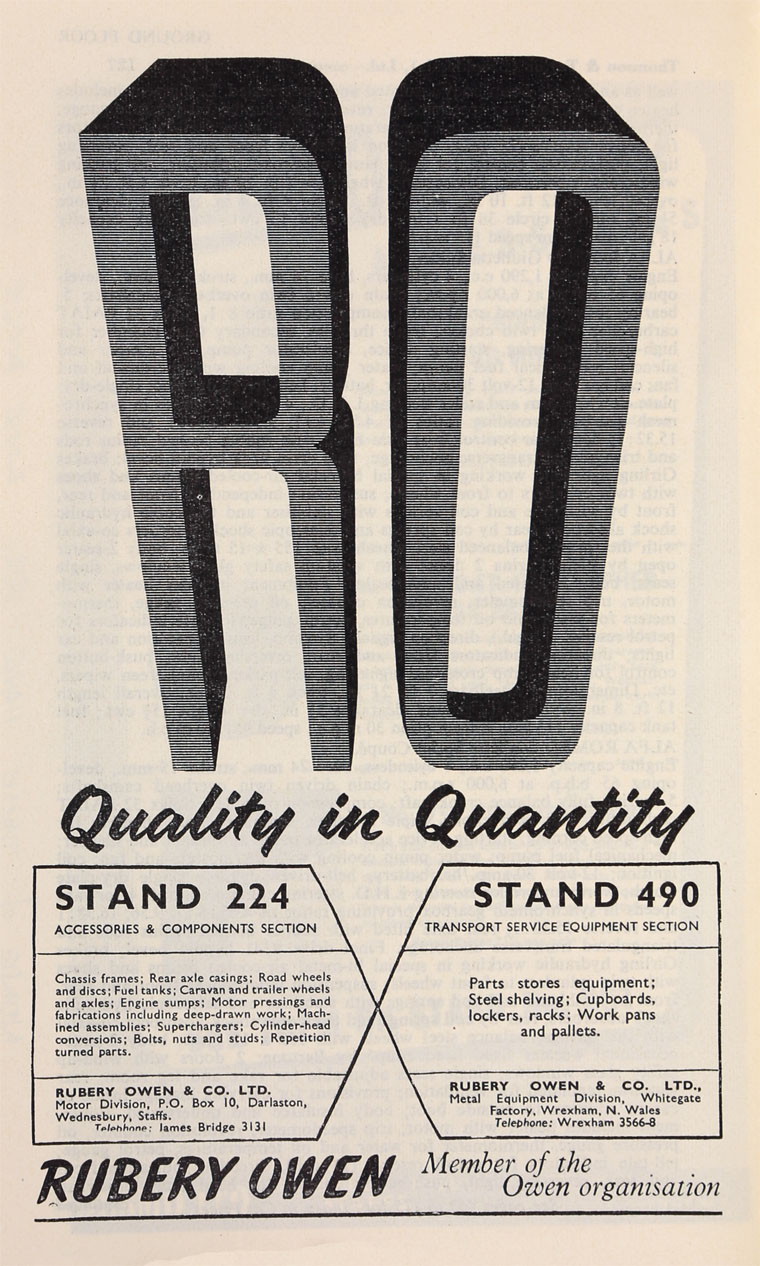 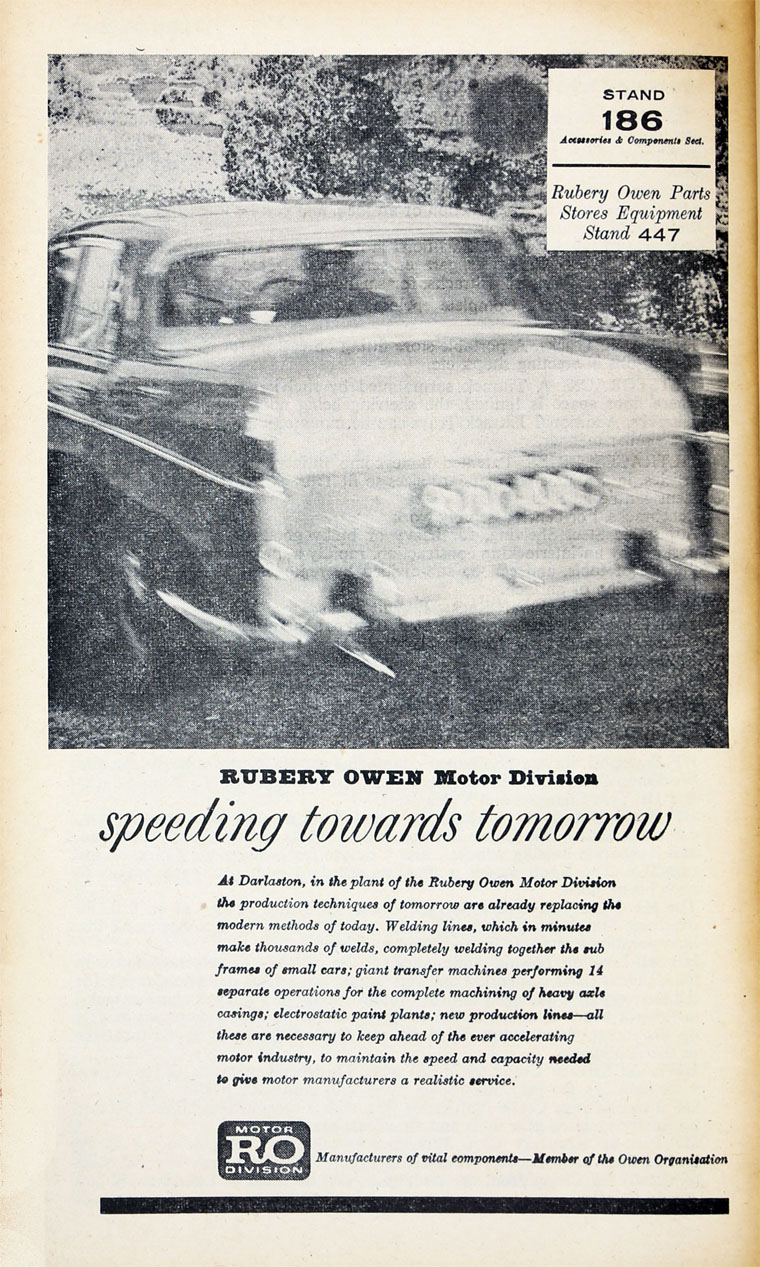 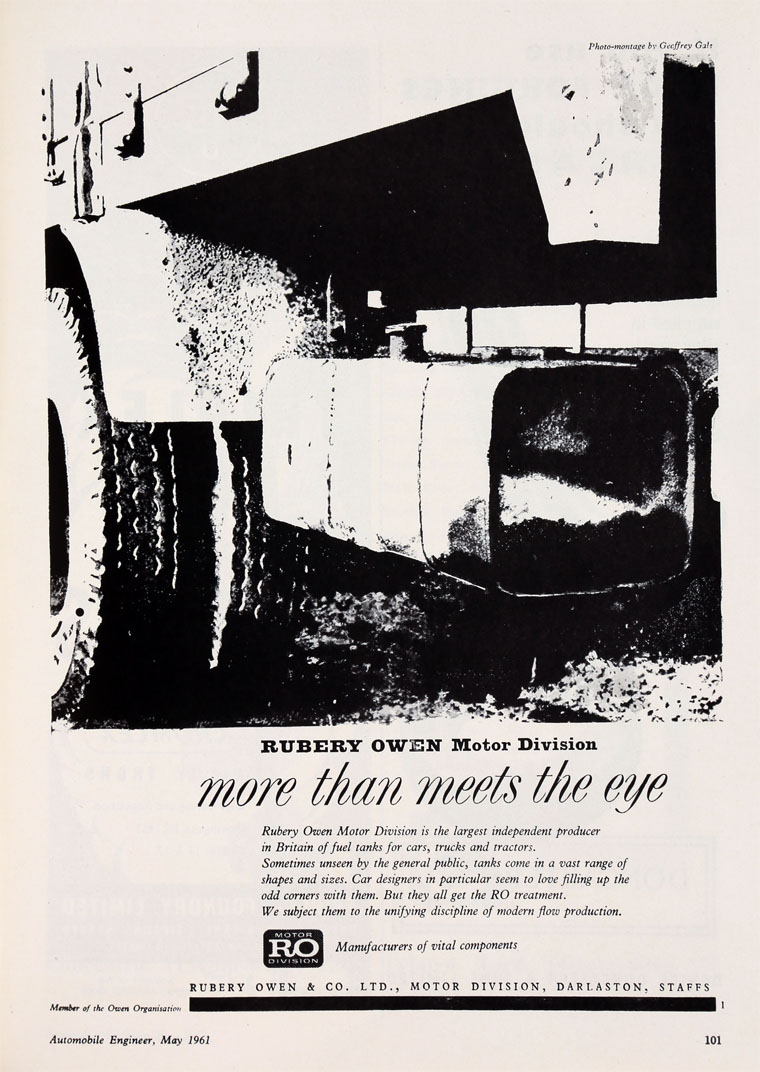 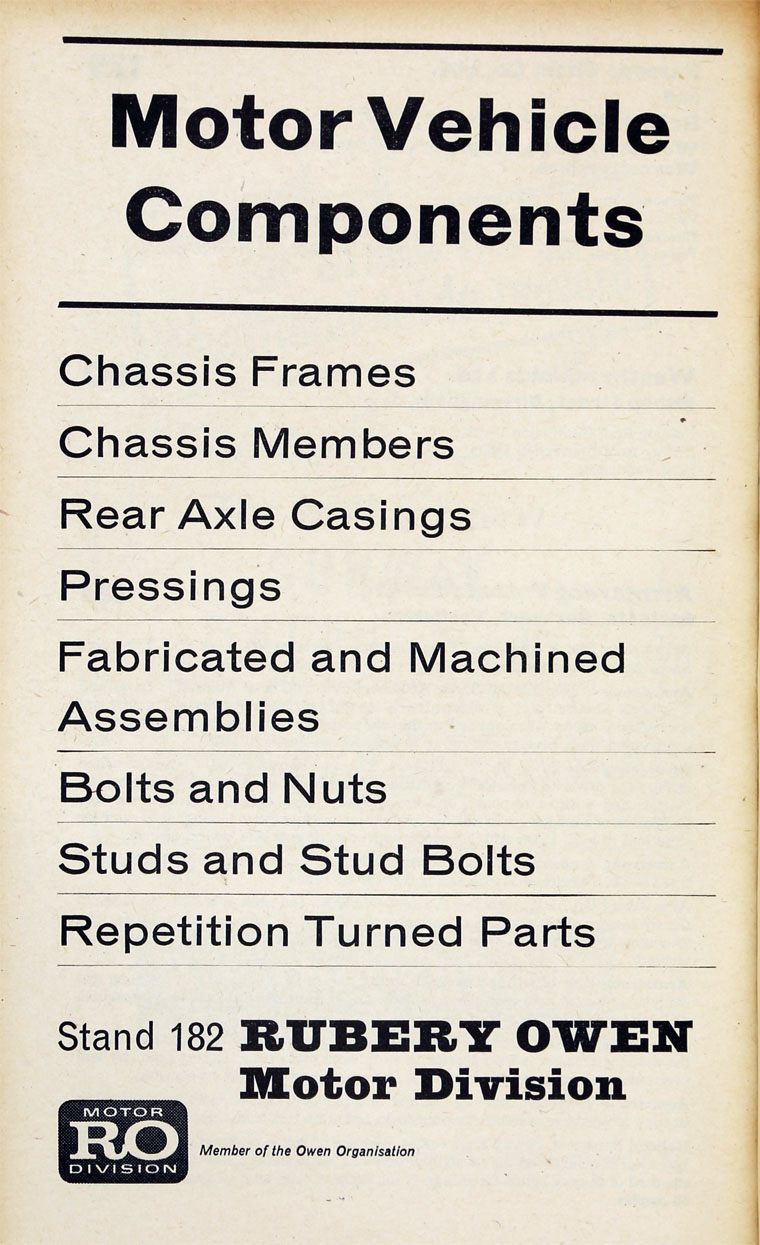 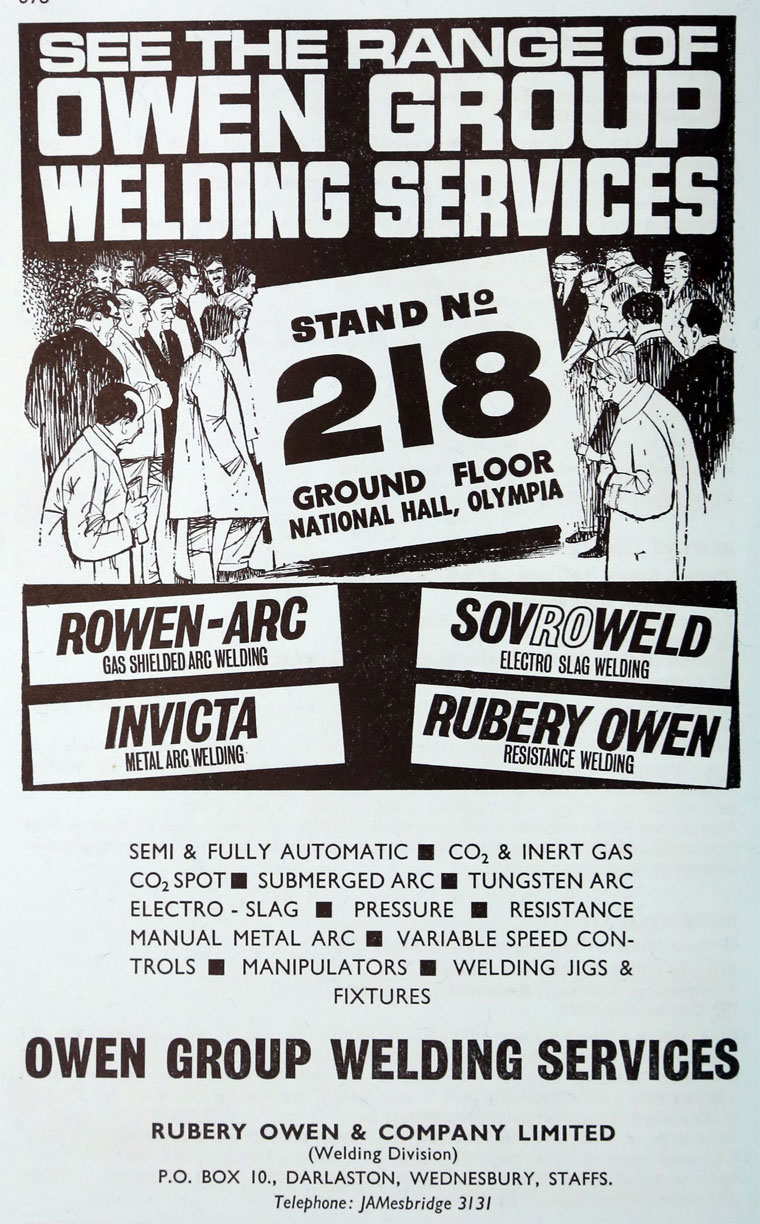 Owen's sons, Alfred and Ernest took charge of the business.

1934 Alfred and Ernest became joint managing directors of this private business. Their sister, Jean, owned the other third of the business.

WWII Rubery Owen expanded rapidly, manufacturing a huge range of military, aviation, and naval equipment. The company produced parts for war planes including parts for the De Havilland Mosquito. [11] Between 1936 and 1946, turnover rose by some 950 per cent.