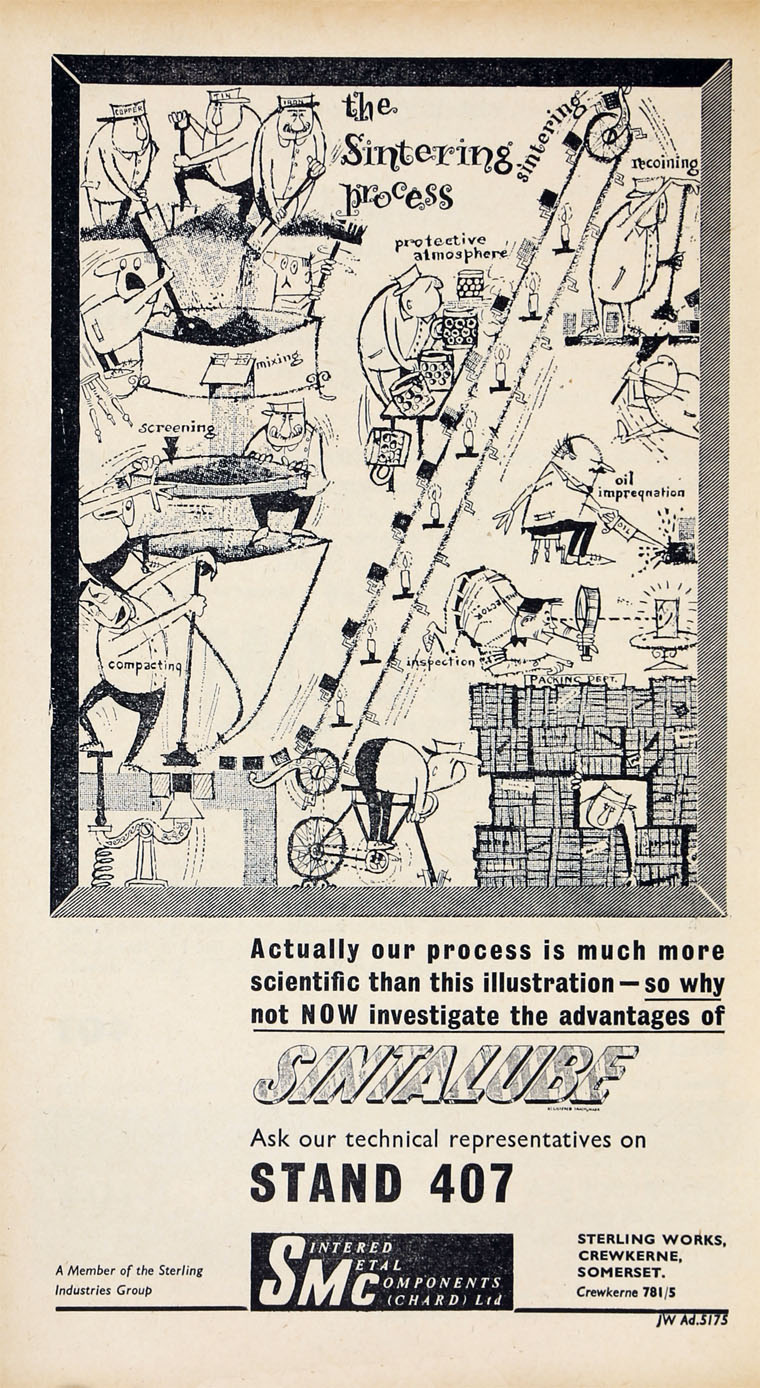 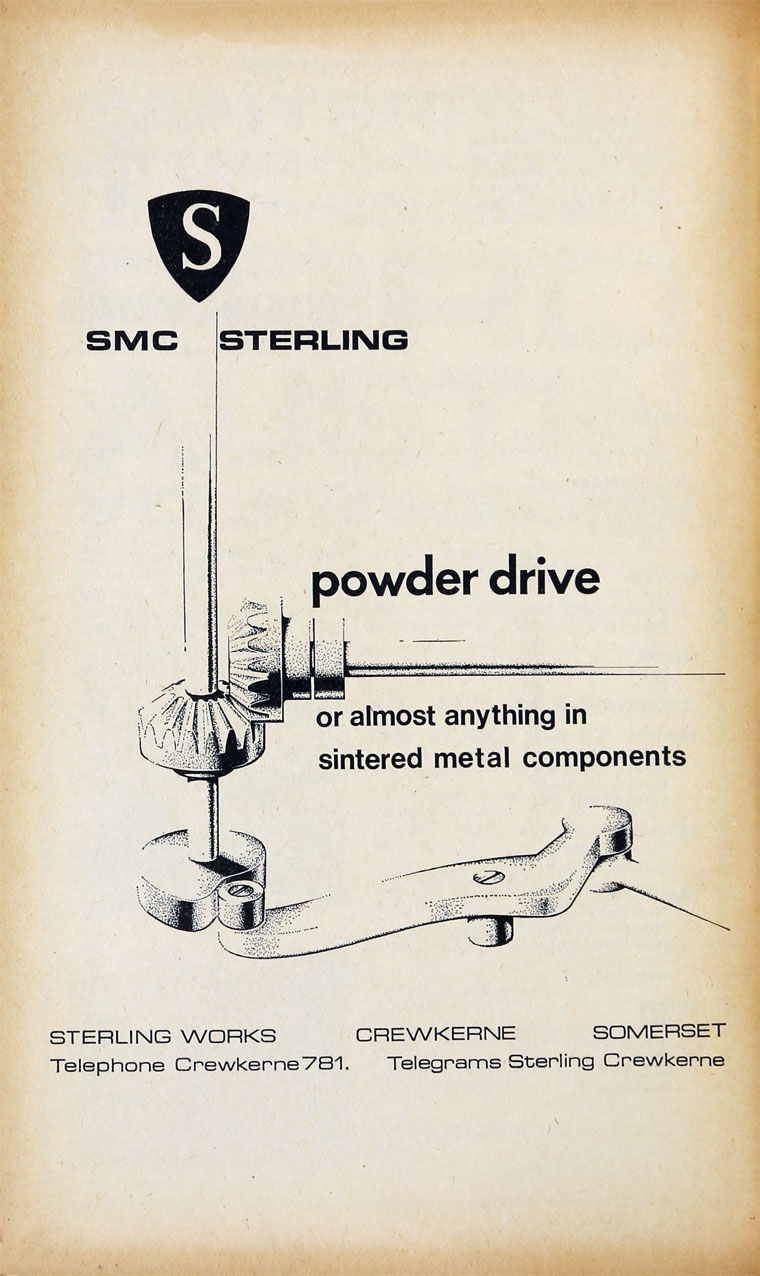 One of the first British companies to make metal components from powder by sintering.

1967 BSA acquired S.M.C. Sterling of Crewkerne, and would amalgamate it with its own sintering operation at Sparkbrook[3]