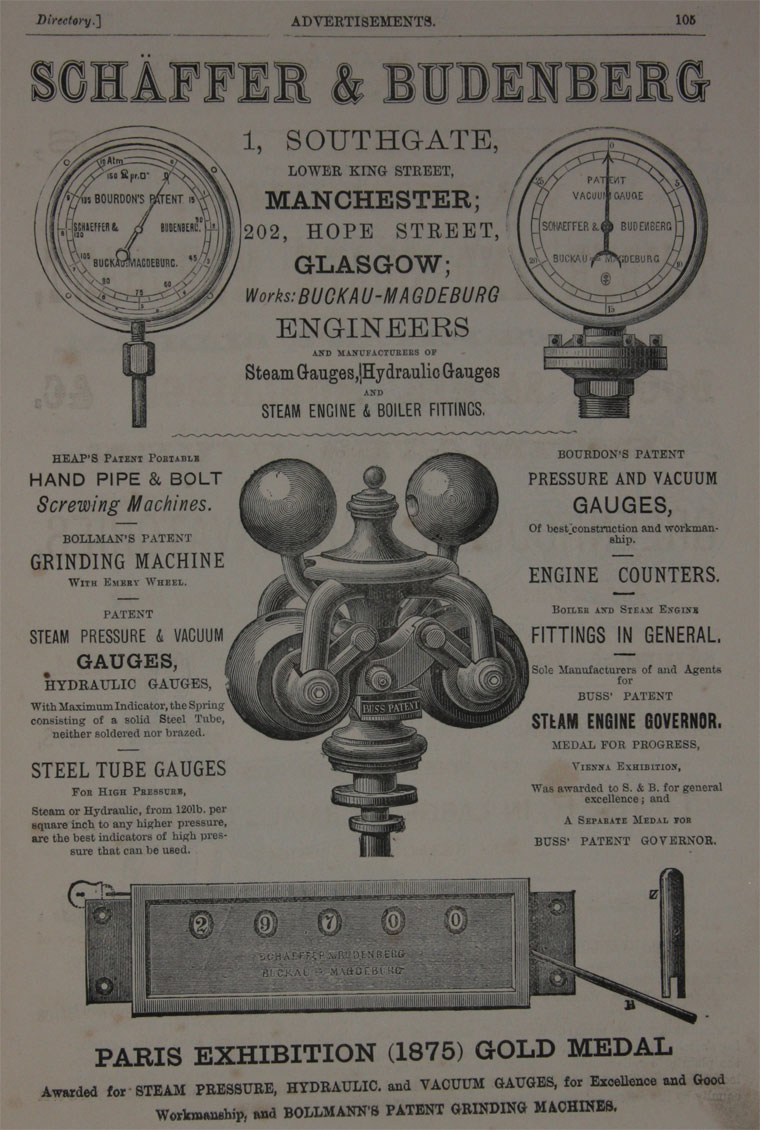 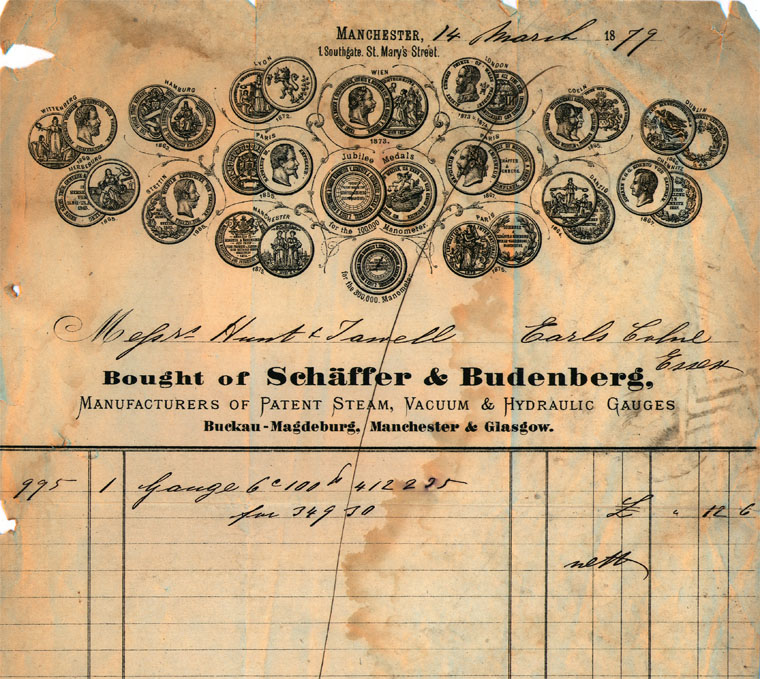 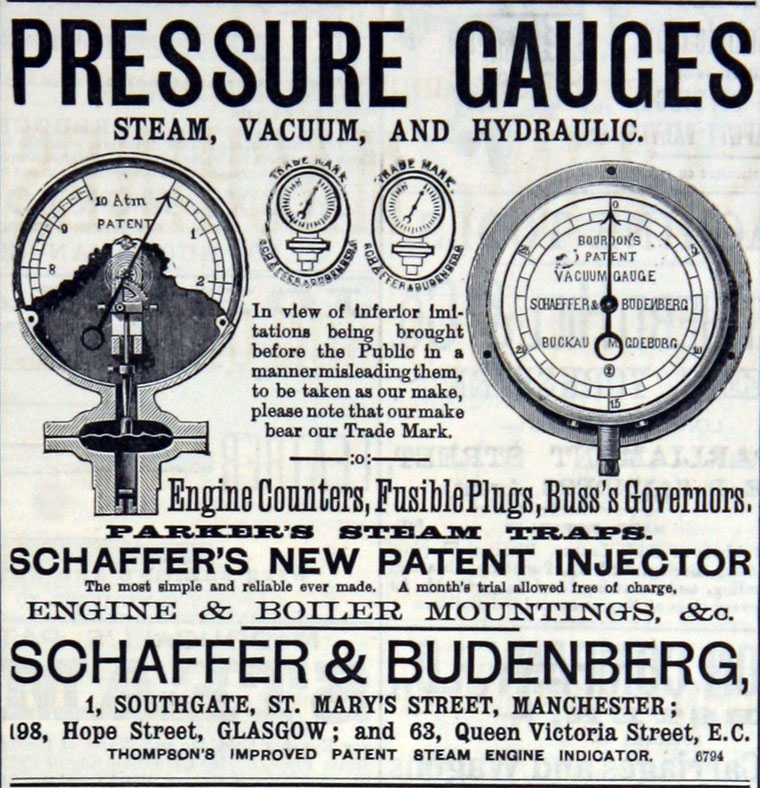 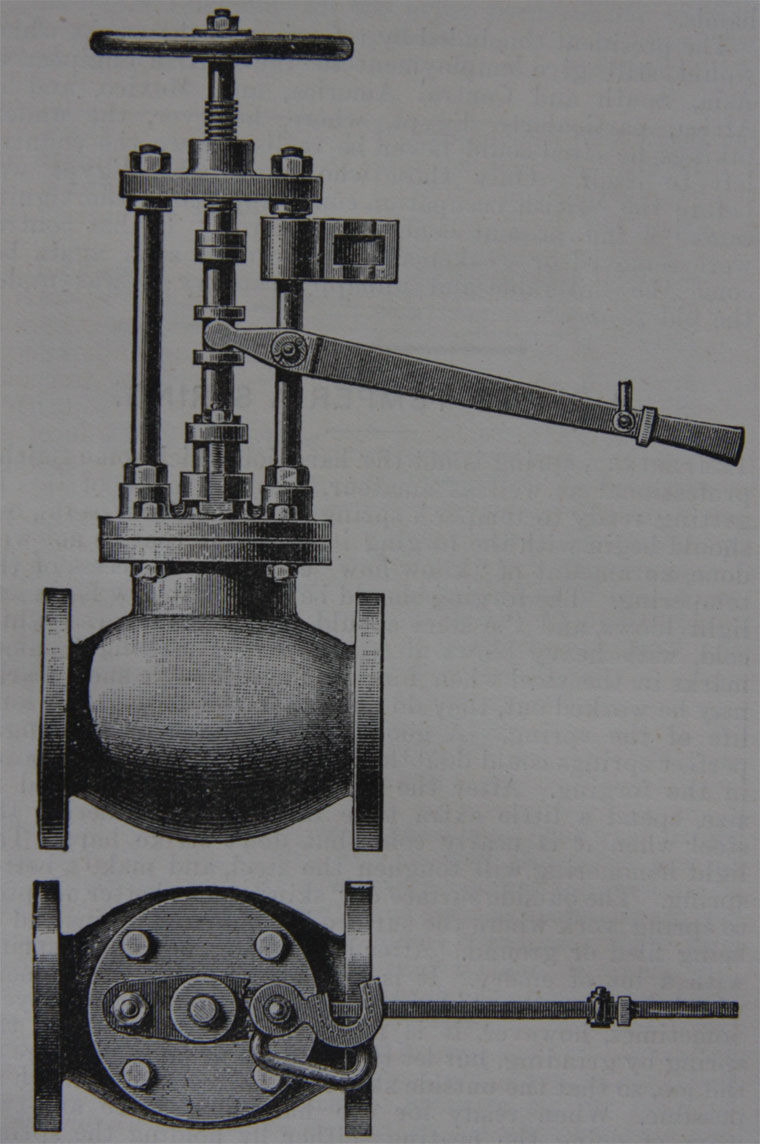 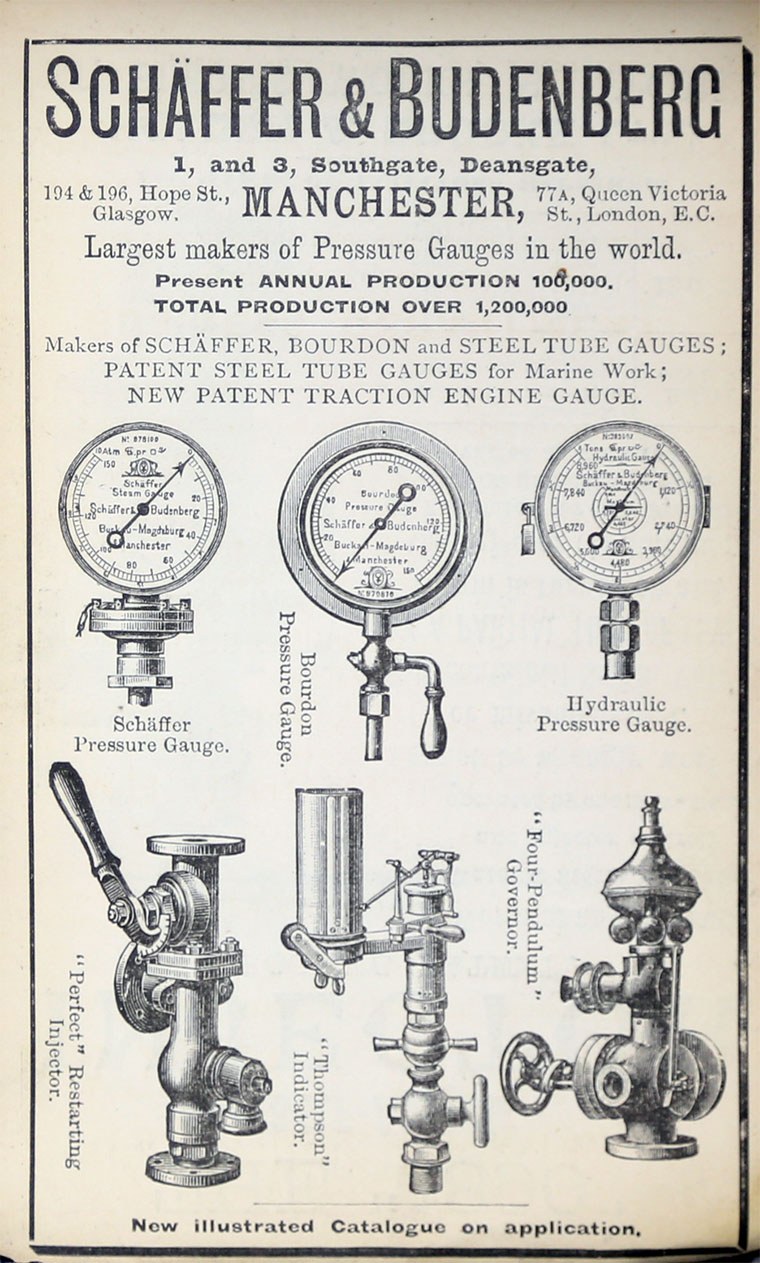 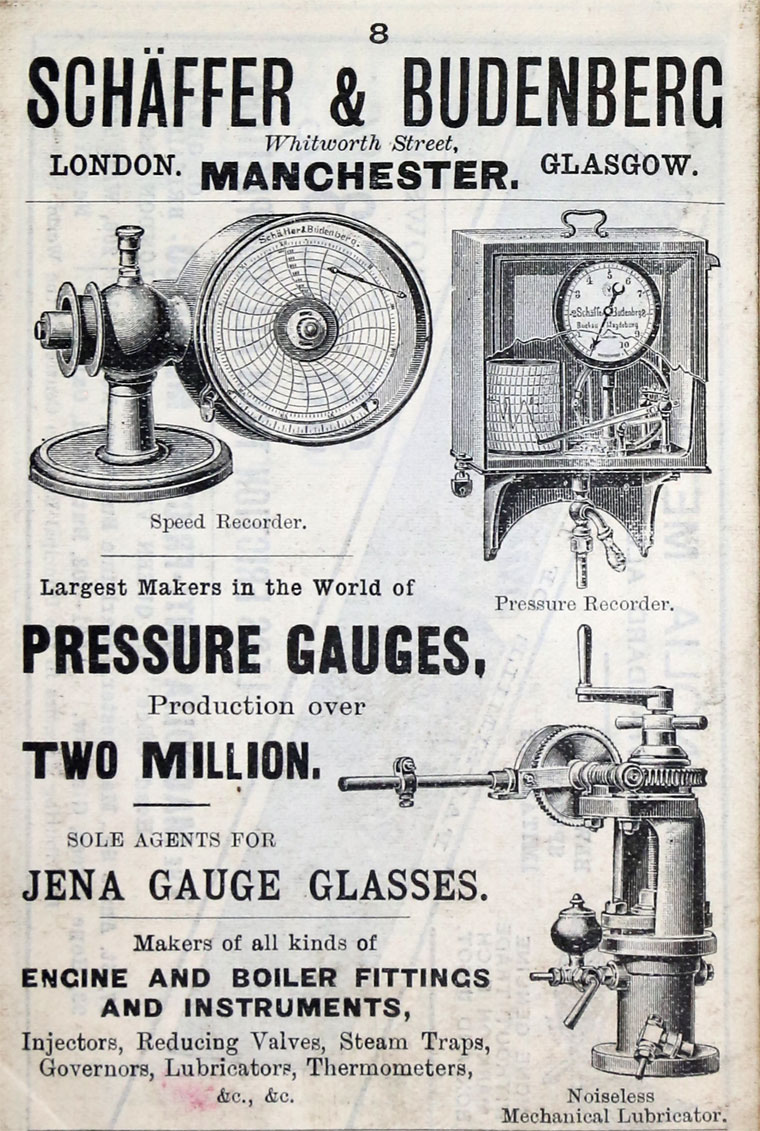 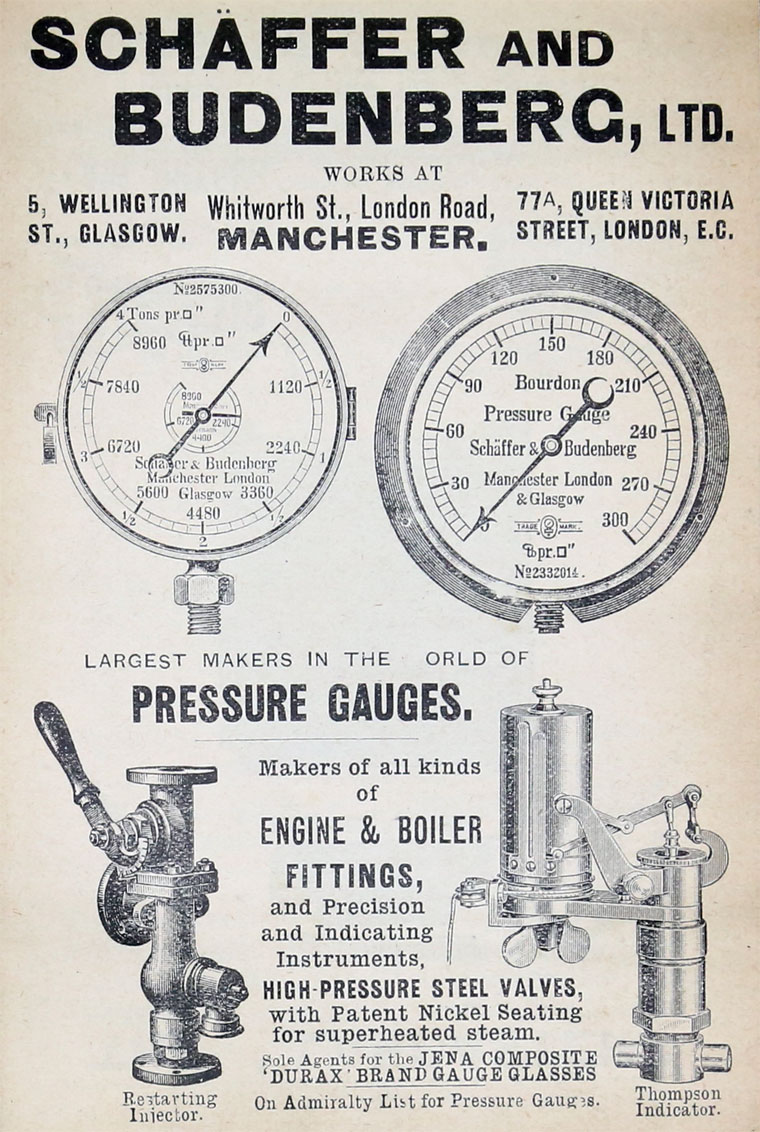 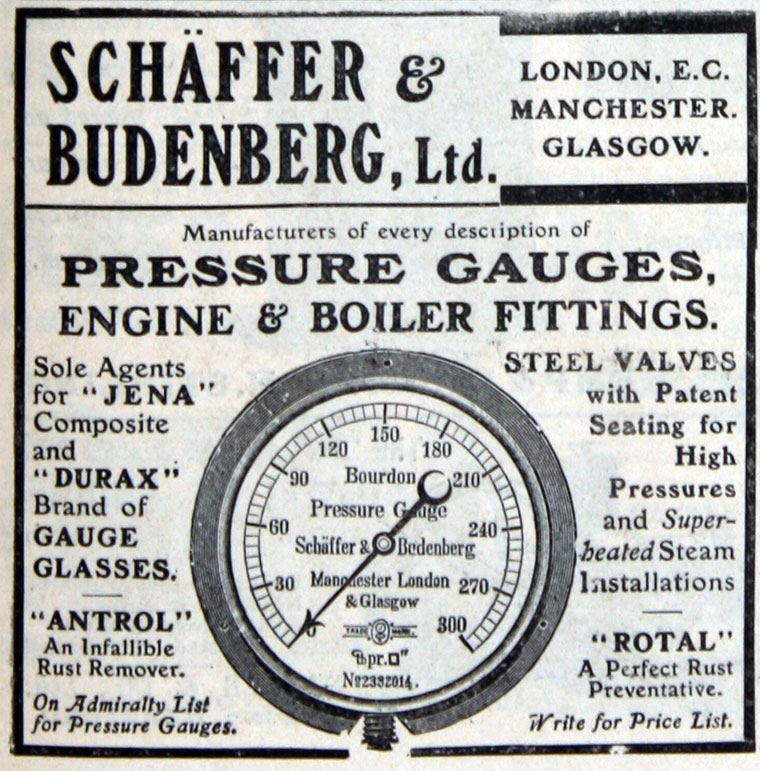 The British office and works of a company established originally in Germany by Bernhard Schaffer and Christian Friedrich Budenberg.

1872 Pressure gauges used on several boilers at the RASE[1]

The Whitworth Street premises are shown on Goad's Insurance Plans for Manchester (Map 49 dated 1893), comprising a building of five storeys plus basement, shared with a publishing company (in the basement), isolated from other buildings by the surrounding roads (Whitworth St., Commerce St., and Fairfield St.).

1909 Made the Graham twin counter for recording compressions and explosions in gas engines[4].

1918 Became the Budenberg Gauge Co after being taken over by the British Government, who offered shares for sale to non-aliens. C. F. Budenburg, who had been the manager of the business for the past twenty-nine years and managing director since the company was incorporated in 1902, purchased all the issued shares.[6]