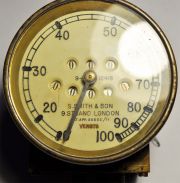 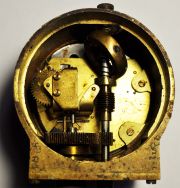 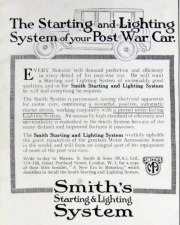 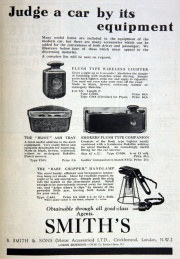 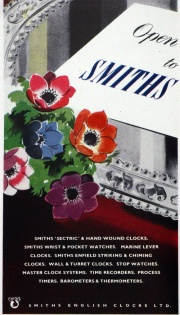 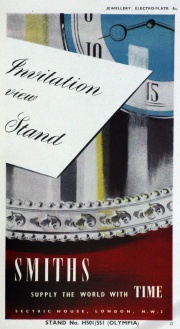 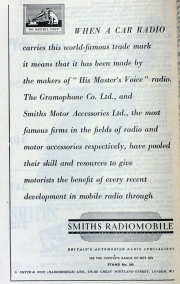 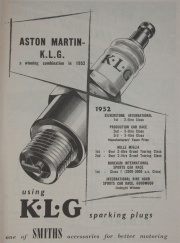 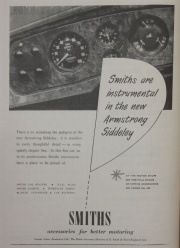 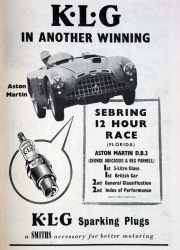 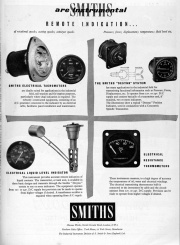 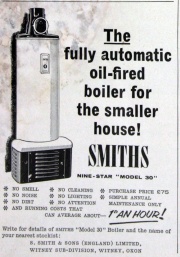 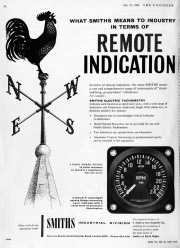 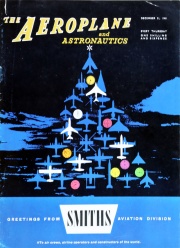 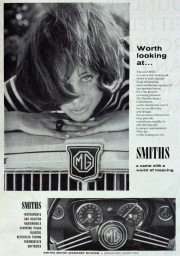 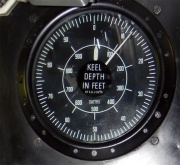 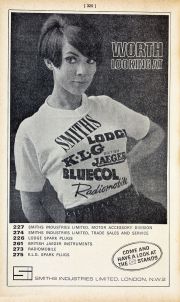 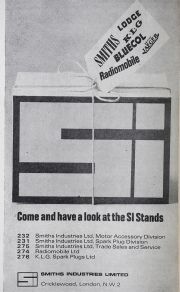 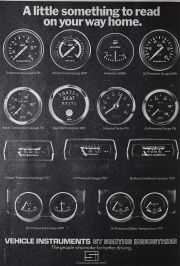 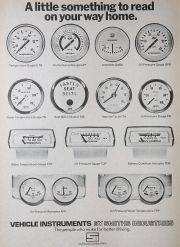 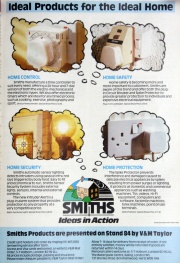 1914 Formed a public company S. Smith and Sons (Motor Accessories) Ltd to acquire from S. Smith and Sons[8] that part of the business concerned with manufacture of speedometers, carburretors, and other motor accessories[9] with headquarters at Great Portland Street. The company was run by Samuel Smith Junior's son Allan Gordon Smith and the turnover was more than £100,000.

1920 October. Exhibited at the Commercial Motor Exhibition at Olympia with electrical lighting equipment for commercial vehicles. [11]

1974 Production of its tachograph increased from 400 units to 4000 units per month. This was due to the fact that new legislation, coming into place in January 1976, meant that all commercial vehicles had to be fitted with tachographs by 1978.[15]

1981 Further reorganisation of the motor vehicle and marine businesses after losses[17].

1983 With Lucas formed a joint venture on vehicle control systems, Lucas Electrical Electronics and Systems, bringing together 5 plants from each partner [18]; Smiths would own about 20 percent of the venture[19]. Most of Smiths automotive businesses had been sold to Lucas and to Hanson Trust; the medical division accounted for 40percent of profits; the largest profit came from aerospace; the Clock Co was closed[20]

1999-2000 Acquired the aerospace division of Invensys and the Marconi Actuation Systems business of BAE Systems and Fairchild Defense division of Orbital Sciences Corporation, maker of data recording and analysis systems[23].