1919 1/10 scale model of a large SACM gas engine which ran on blast furnace gas. On display at the Musee des Arts et Metiers 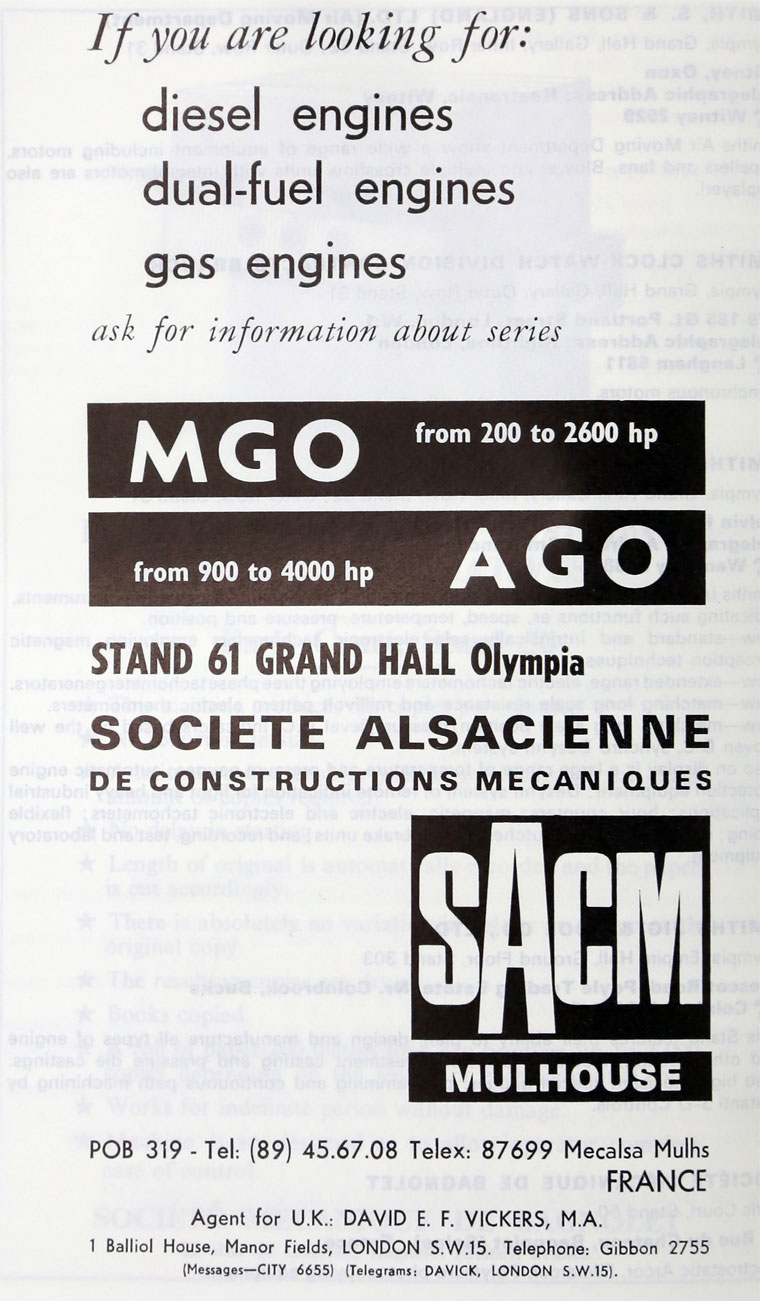 1928 Part of Compagnie Francaise Thomson-Houston was combined with locomotive builder SACM to form Alsthom; the name was derived from ALSacienne-THOMson