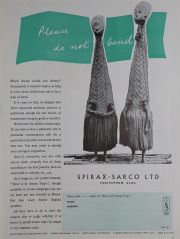 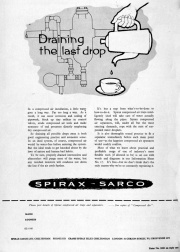 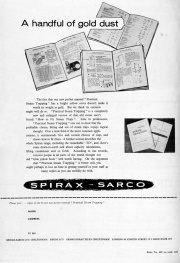 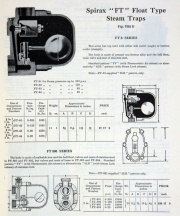 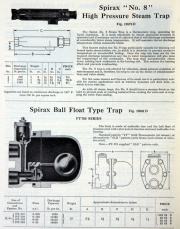 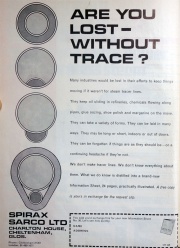 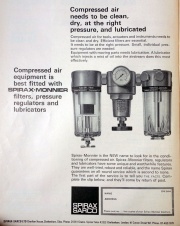 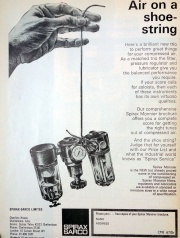 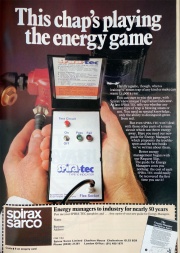 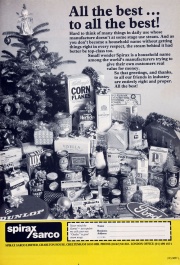 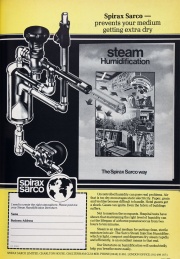 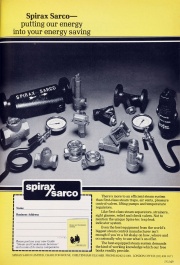 1888 The Company was founded as Sanders, Rehders and Co in London importing Sarco thermostatic steam traps from Germany.

1937 Spirax Manufacturing Co., after acquiring Sarco Thermostats, moved to Cheltenham. The acquisition gave Spirax the right to use the Sarco brand name as well.

1960 Introduced a range of self-acting pressure controls for the first time.

1982 Re-registered as a public company Spirax-Sarco.

1982 Turnover was over £43 million; 2,250 staff employed. Specialists in fluid control equipment. In twelve years grew from 8 overseas subsidiaries to 25.[2]