Grace's Guide is the leading source of historical information on industry and manufacturing in Britain. This web publication contains 137,315 pages of information and 220,557 images on early companies, their products and the people who designed and built them. 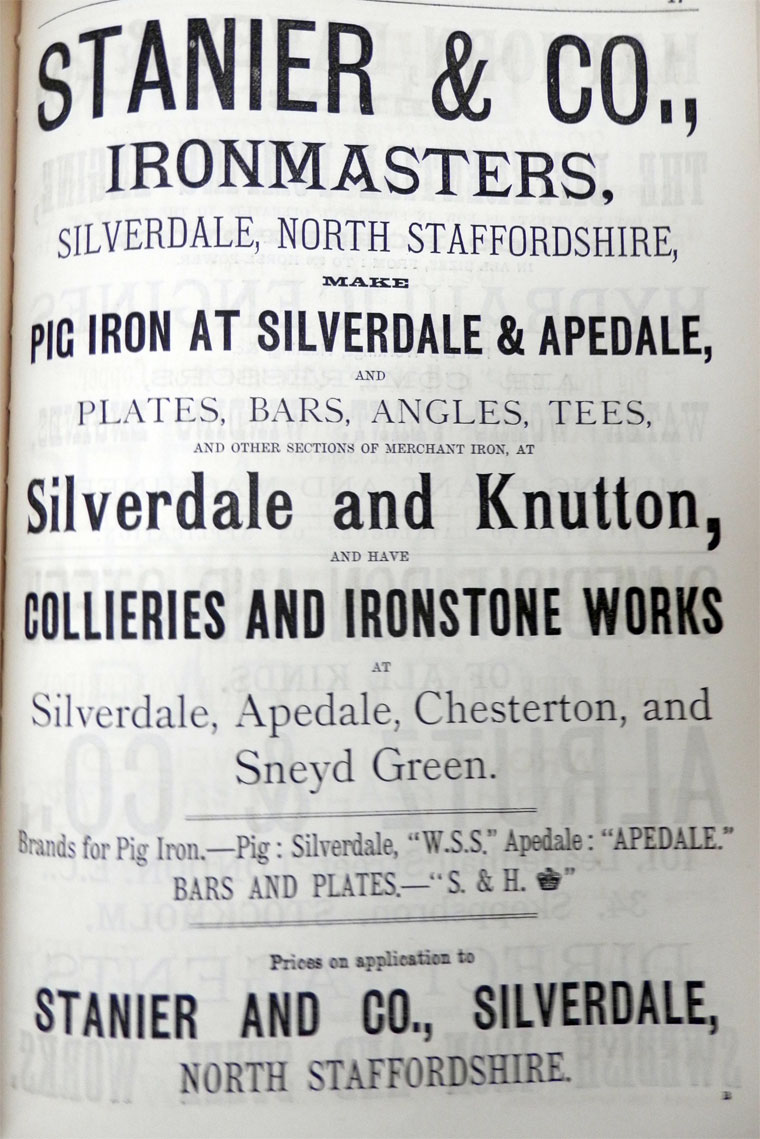 1854 Robert Heath resigned from his previous employment and built with Mr. Stainer the Silverdale and Kunthon Forges under the style of Stanier and Heath.

At some point also incorporated the works of the Silverdale Iron Co.

1880 Dissolution of the Partnership between Francis Stanier and Thomas Udall, at Silverdale, Apedale, and elsewhere, in the county of Stafford, as Coal and Ironmasters, under the style or firm of Stanier and Company. Francis Stanier carried on the business[1]

1899 George Anthony Millward purchased the Knutton Forge from Francis Stanier shortly before his death. These works had stood idle for a number of years - they were soon reopened.