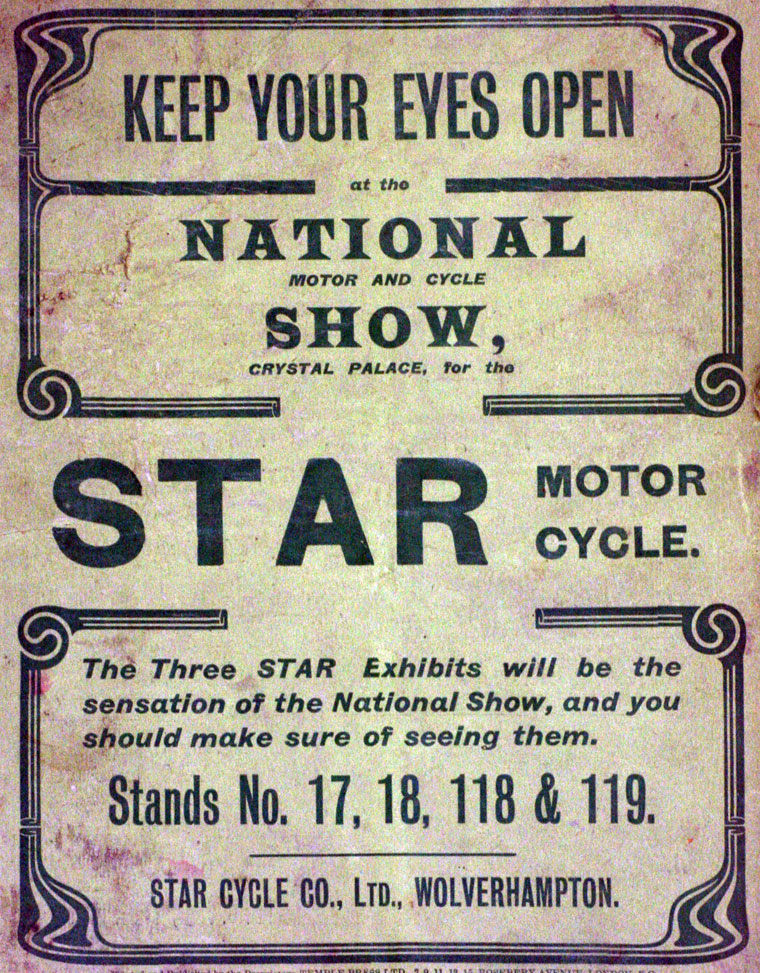 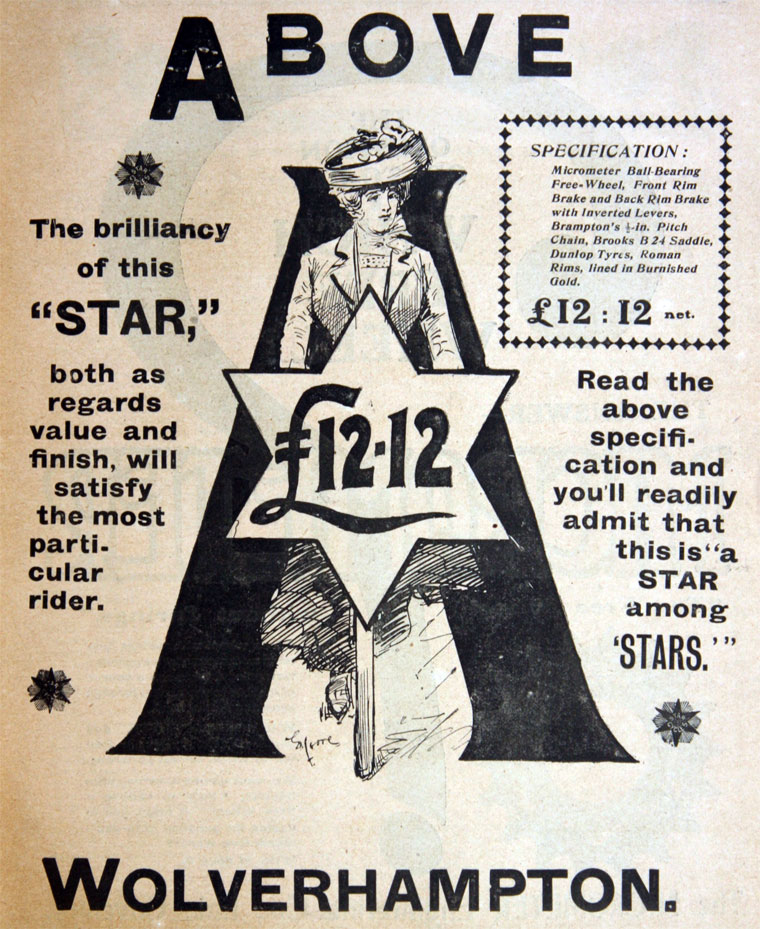 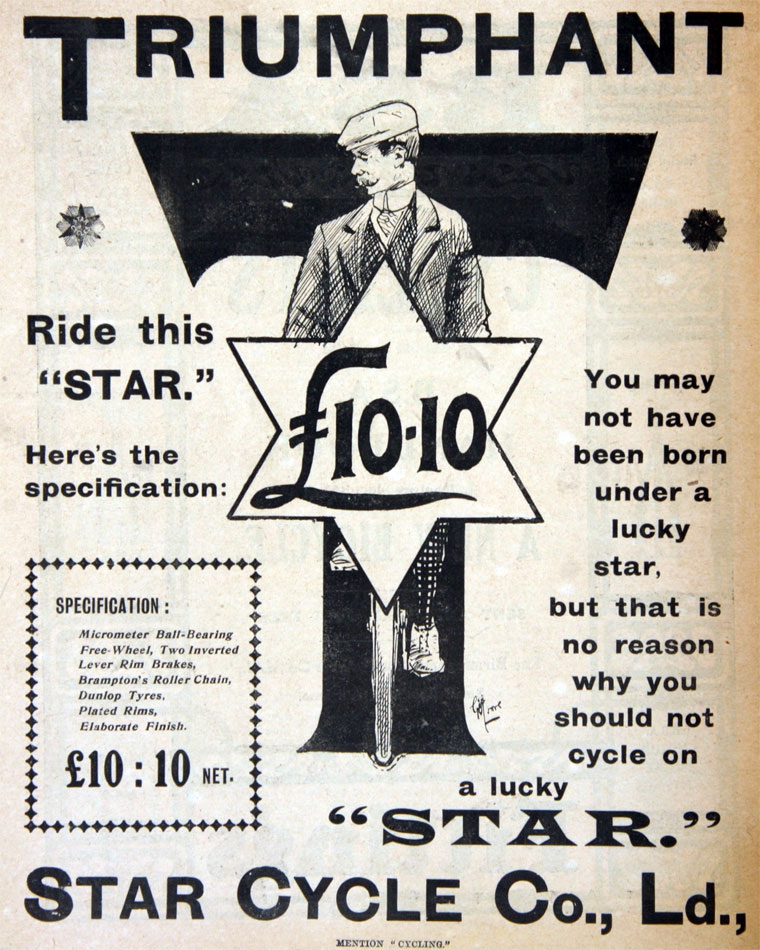 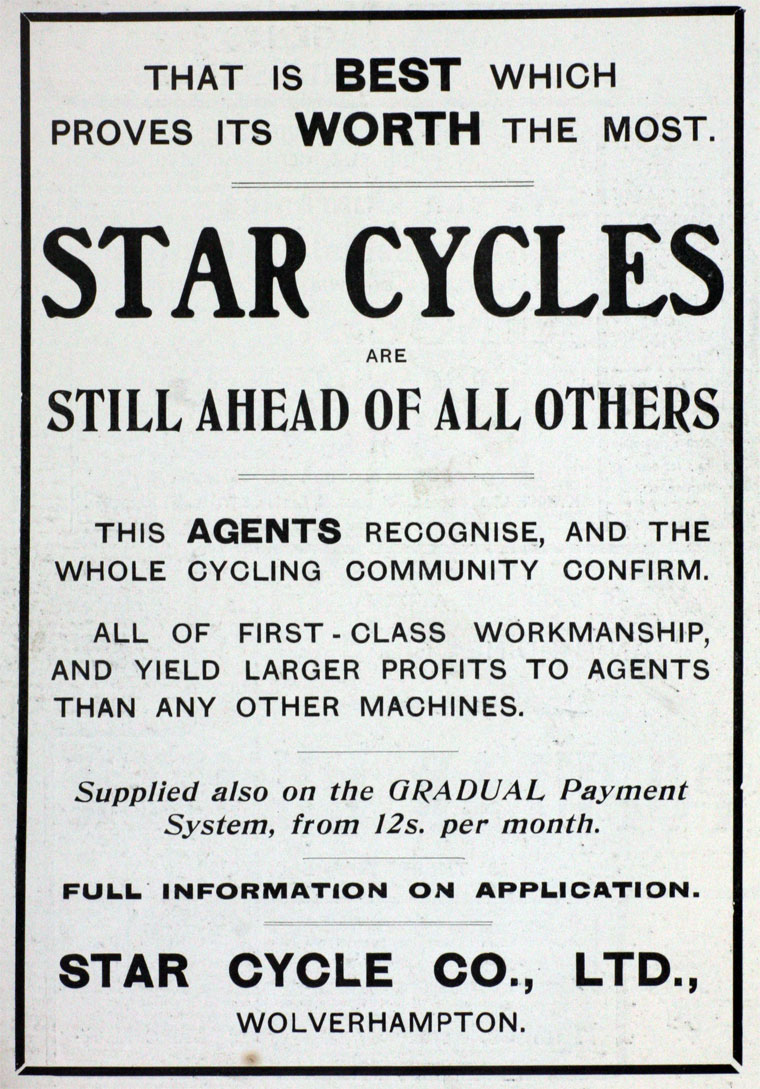 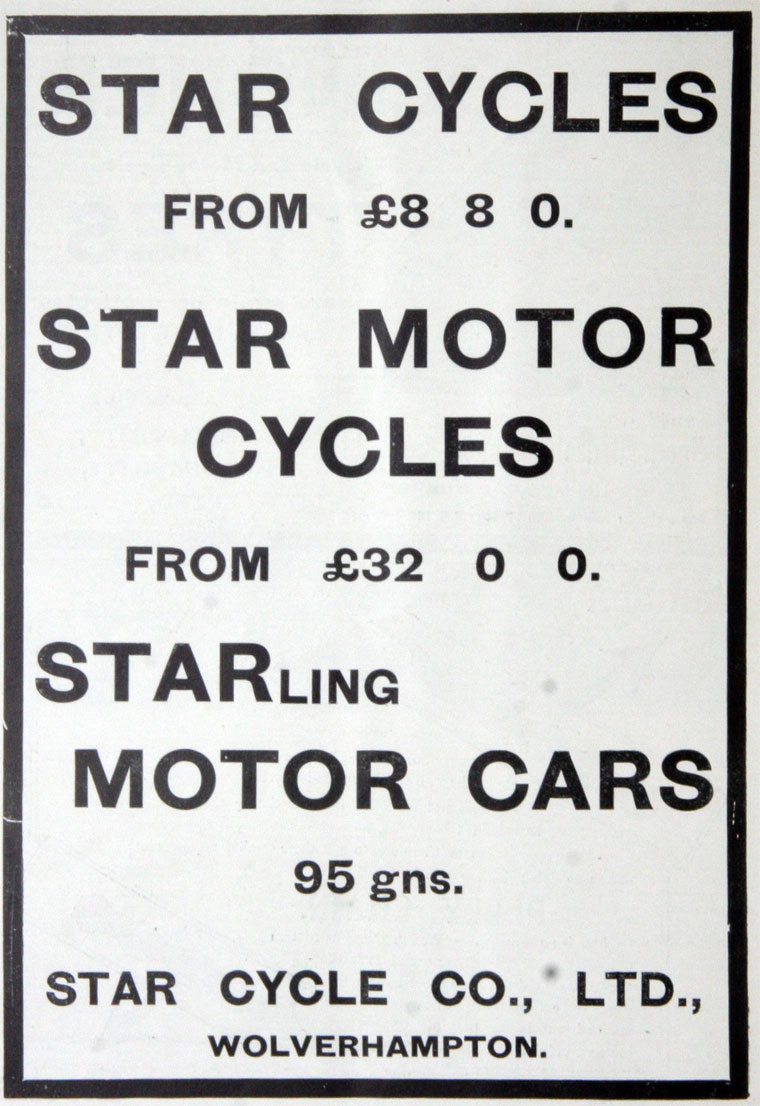 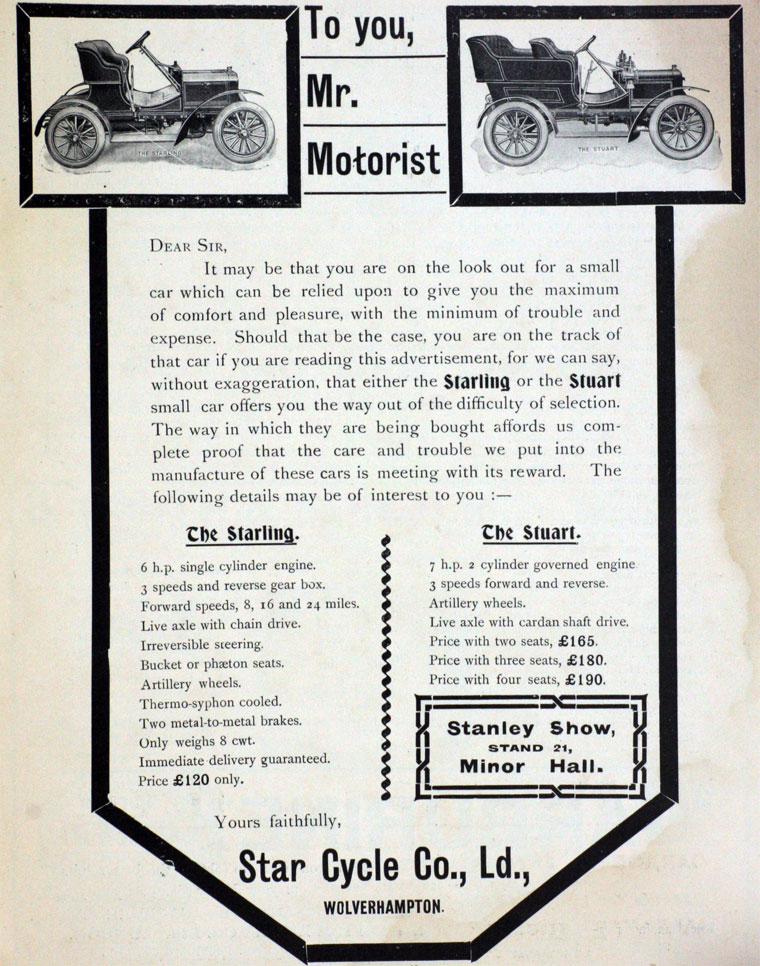 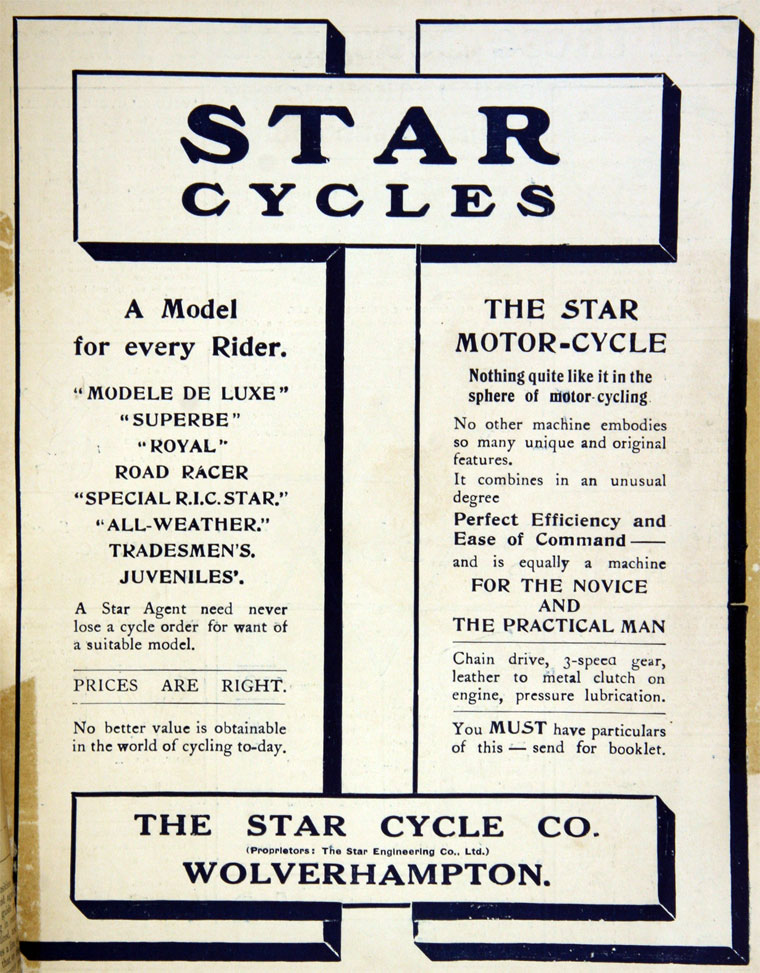 1904 The motorcycle now had a mechanically-operated inlet-valve, braced forks and the option of a free-engine clutch and chain drive. The catalogue for that year also included two trailers which were suitable for use with bicycles or motorcycles. The Star Trailer had a wicker body and was fitted with a comfortable cushion. It had 26-inch plated wheels which were fitted with Warwick Tyres or Clipper tyres. The trailer sold for £9. The Star Tradesman's Carrier had a seasoned wood body that was fitted with a lockable hinged zinc top. It had 26-inch enamelled wheels and cushion tyres. The basic trailer sold for £9 and was available with fitted shelves for a small extra charge.