Difference between revisions of "T. D. Cross and Sons" 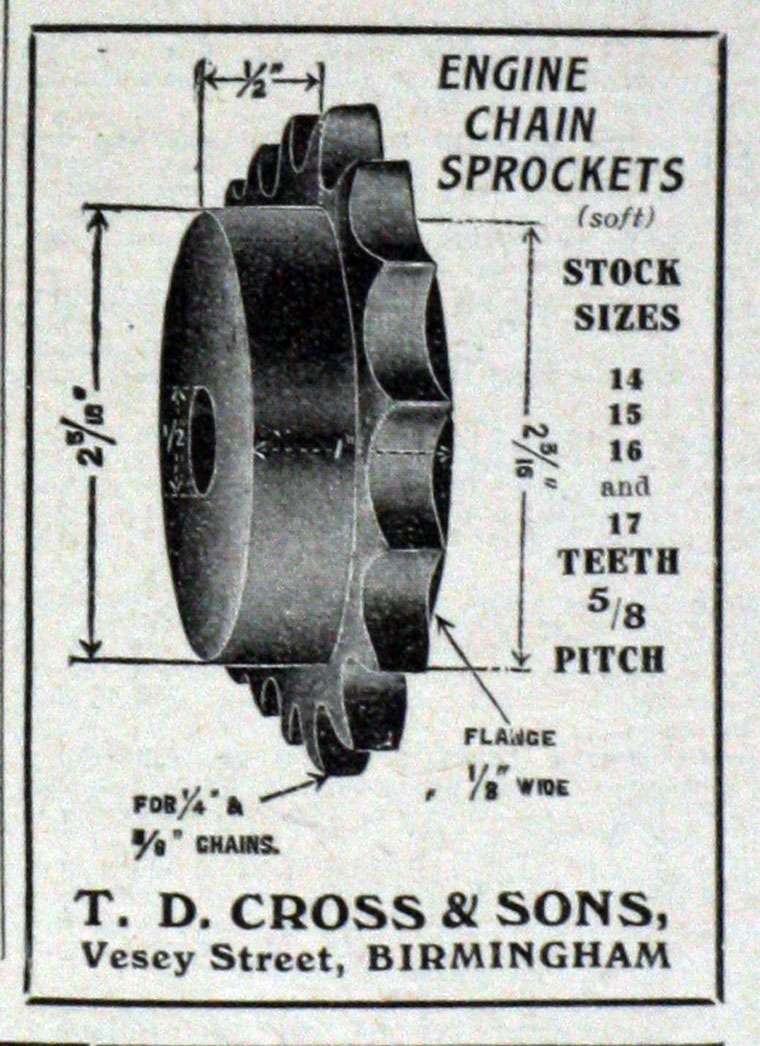 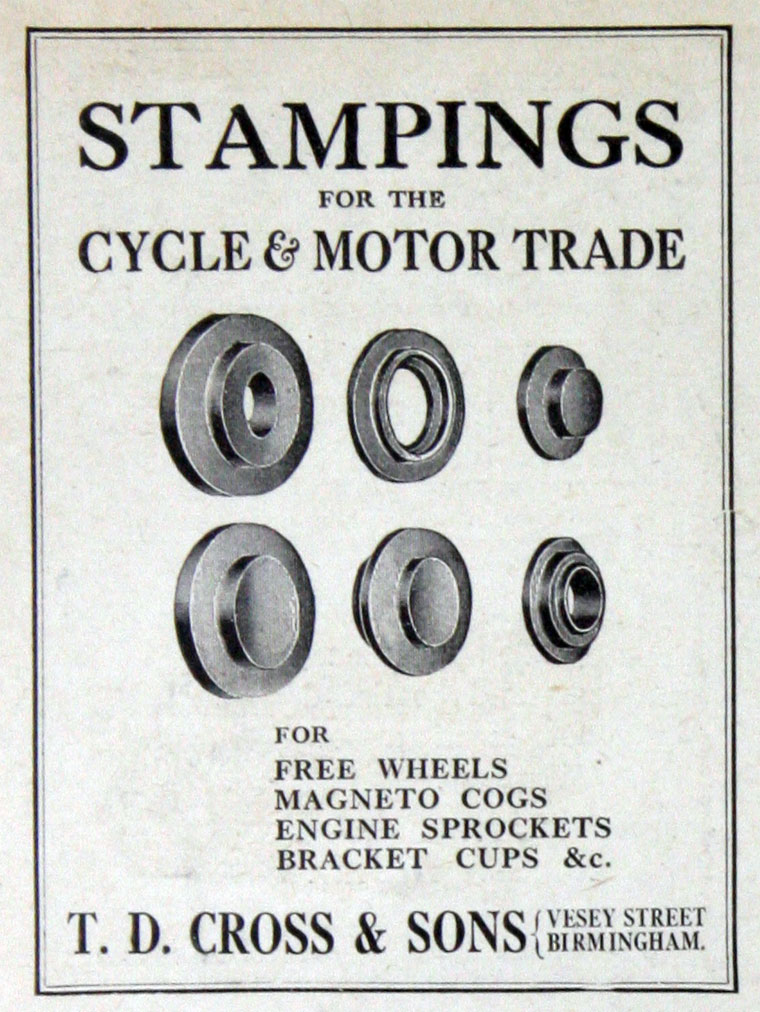 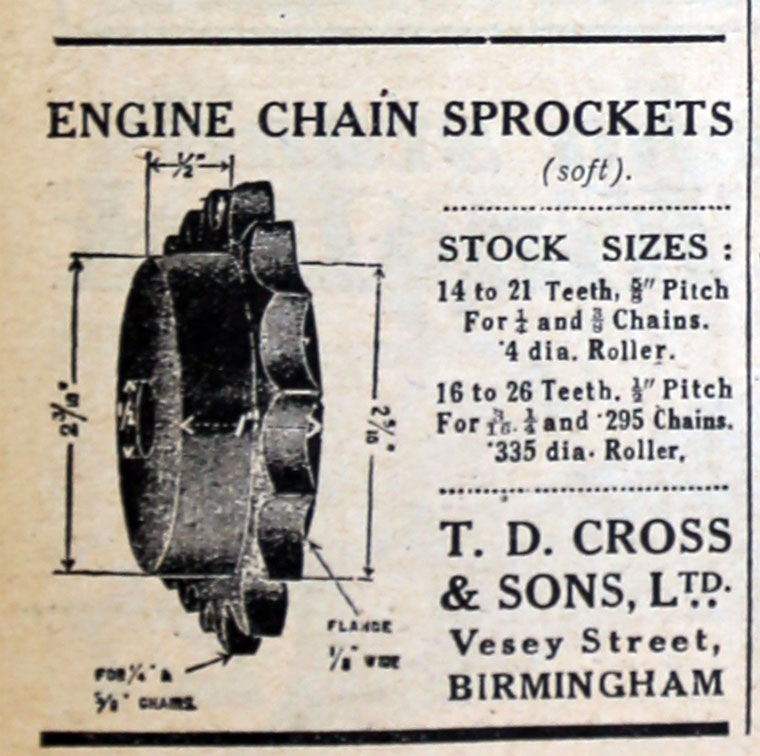 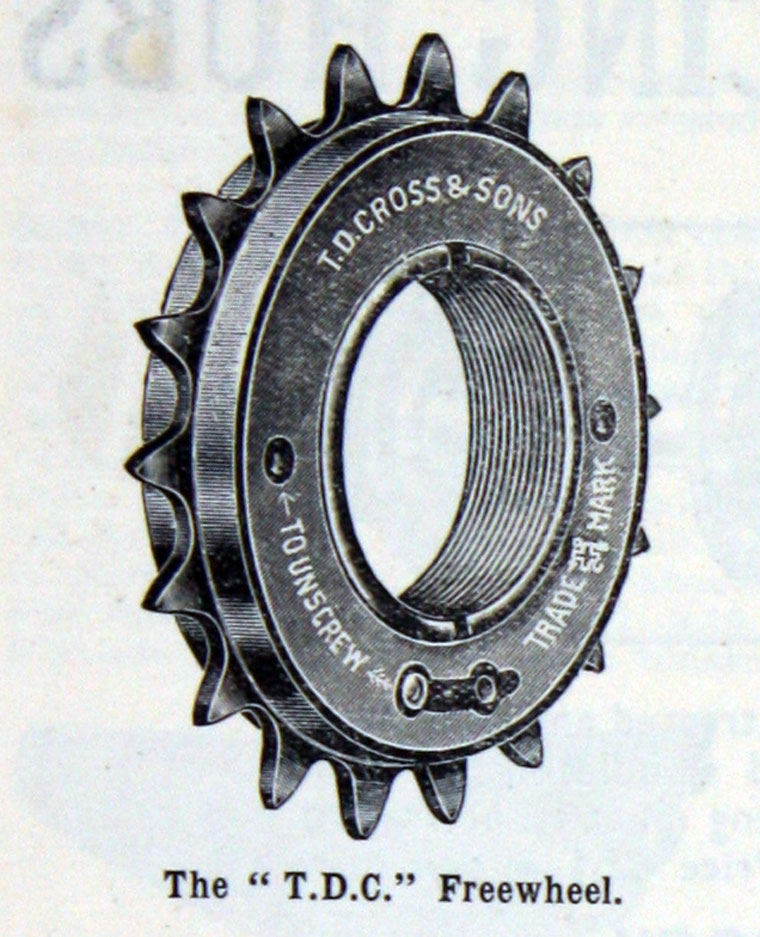 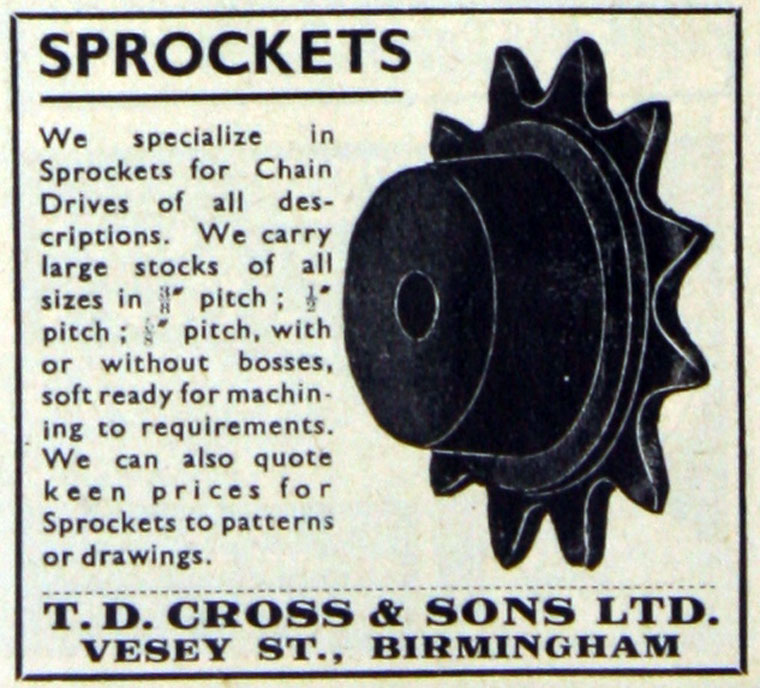 T. D. Cross and Sons was founded in 1870 in Birmingham, concentrating in the production of bicycle components under the direction of the Cross family - Cross Brothers of Price Street, Birmingham, (manufacturers of gun actions and screw rivets).

They developed into production of a popular range of roller chain sprockets and gearing. The competitive pricing and quality of product soon established the company as a major supplier to both Agricultural and Industrial markets.

1914-15 TDC produced motorcycles. The company was already well known for their production of transmission components, described above. For a short period of time they made machines with 3.5hp own-brand and Precision four-stroke engines.

In 1915 they produced a two-stroke with their own design engine. All were sold under the TDC brand name. The overall effect was of a machine of conventional appearance with an attractive style.