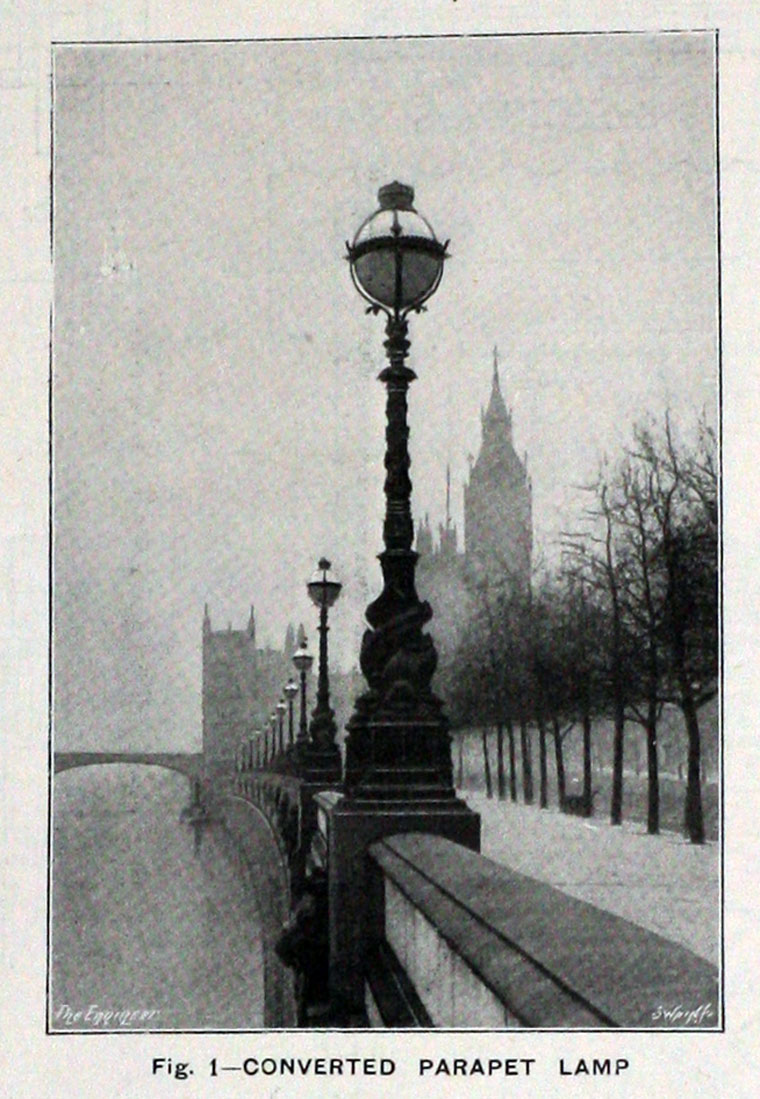 The Thames Embankment is a major feat of 19th century civil engineering designed to reclaim marshy land next to the River Thames in central London. It consists of the Victoria and Chelsea Embankments.

There had been a long history of failed proposals to embank the Thames in central London. Embankments along the Thames were first proposed by Christopher Wren in the 1660s, then in 1824 former soldier and aide to George IV, Sir Frederick Trench suggested an embankment known as 'Trench's Terrace' from Blackfriars to Charing Cross. Trench brought a bill to Parliament which was blocked by river interests.

In the 1830s, the painter John Martin promoted an embankment to contain an intercepting sewer.

In January 1842 the City Corporation adopted a plan designed by James Walker but the plan fell foul of government infighting.

1854 The government built the Chelsea Embankment from Chelsea Hospital to Millbank.

Started in 1862, the present embankment on the northern side of the river was primarily designed by Sir Joseph Bazalgette. It incorporates the main low level interceptor sewer from west London, and an underground railway over which a wide road and riverside walkway were also constructed, as well as a retaining wall along the north side of the River Thames. In total, Bazalgette's scheme reclaimed 22 acres of land from the river.

Much of the granite used in the projects was brought from Lamorna Cove in Cornwall. The quarried stone was shaped into blocks on site before being loaded on to barges and transported up the English Channel into the Thames.

1874 The extension of the Chelsea Embankment was opened from the Chelsea Suspension Bridge to the old wooden bridge at Battersea; this was not part of the original plan[1]

From Battersea Bridge in the west, the Thames Embankment includes sections of Cheyne Walk, Chelsea Embankment, Grosvenor Road, Millbank and Victoria Tower Gardens. Beyond the Houses of Parliament, it is named Victoria Embankment as it stretches to Blackfriars Bridge; this stretch also incorporates a section of the London Underground network used by the District and Circle Lines, and also passes Shell Mex House and the Savoy Hotel. The embankment also incorporates several stretches of gardens and open space, collectively known as the Embankment Gardens, which provide a peaceful oasis within the heart of Central London. The gardens include many statues, including one of Bazalgette himself.

The much smaller Albert Embankment is on the south side of the river, opposite the Millbank section of the Thames Embankment. It was created by Bazalgette for the Metropolitan Board of Works between July 1866 and November 1869.

Some parts of the Embankment were built in the 20th century, having been reconstructed following wartime bomb damage or natural disasters such as the 1928 Thames flood.