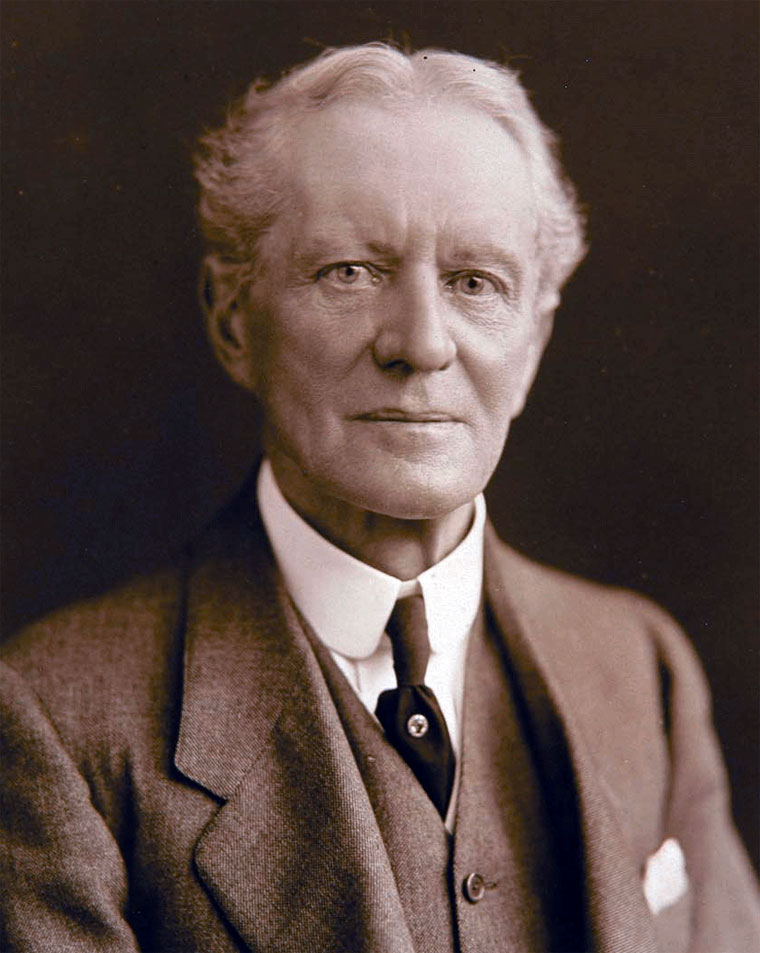 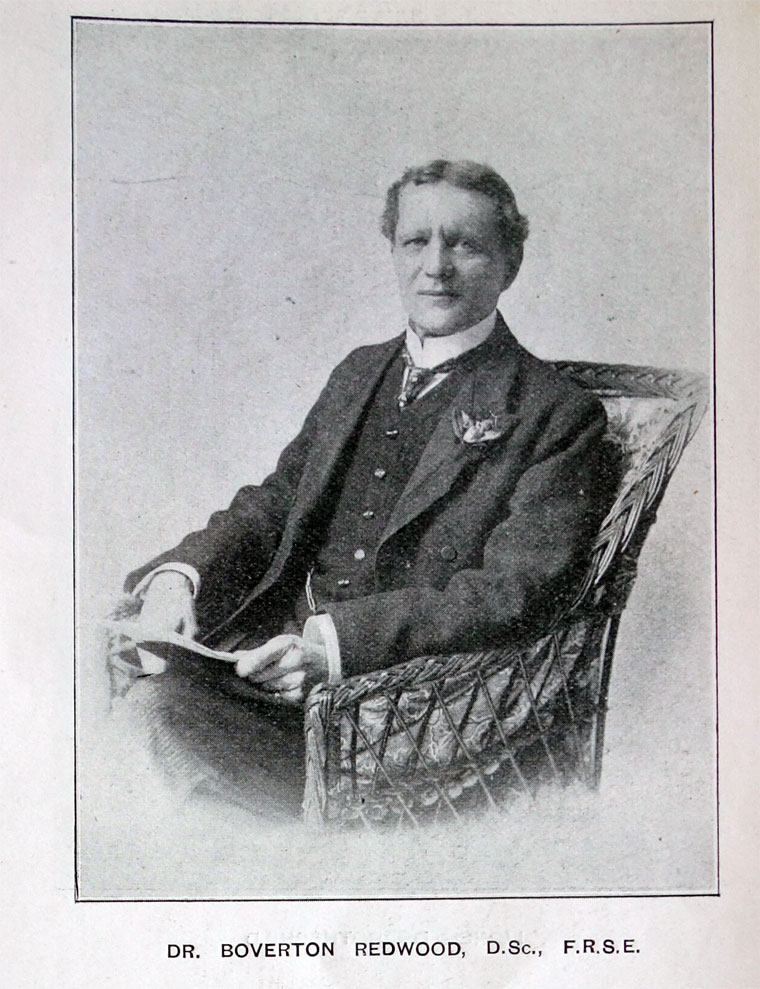 Redwood, Sir (Thomas) Boverton, first baronet (1846–1919), petroleum consultant, was born in London on 26 April 1846, the eldest in the family of six sons and two daughters of Theophilus Redwood (1806–1892) and his wife, Charlotte Elizabeth (d. 1868), daughter of Thomas Newborn Robert Morson, who owned a London pharmaceutical firm.

In 1869 he became secretary of the Petroleum Association, where he developed his expertise as an analytical chemist.

Four years later he married Mary Elizabeth (d. 1937), daughter of Frederick Letchford; they had two daughters and a son Bernard Boverton Redwood who died in 1911.

He was a founder member of the Royal Automobile Club (RAC)

1904 REDWOOD, Dr. Boverton, F.R.S.E., Automobile Club, 119, Piccadilly, London, W. Cars: 7-h.p Panhard, 16-h.p. de Dietrich. Hobby: Steam-yachting. Is a distinguished scientist. Is adviser to the Home Office on petroleum, to the City Corporation, and numerous municipal authorities. Was one of the first members of the Self-propelled Traffic Association, and materially assisted in merging that body into the Automobile Club (London), of which he is a founder and a life member. Commenced motoring with a Daimler in 1807. Is a member of various scientific societies, and is a Vice- President of the Society of Chemical Industry. Has written a standard work on petroleum, and is the author of the petroleum article in The Times supplement to the "Encyclopedia Britannica." [1]

REDWOOD, DR. BOVERTON, F.R.S.E.- The eldest son of the late Professor Theophilus Redwood, Ph.D., of Boverton, Glamorganshire, he was born in Montague-street, Russell-square, in 1846, and educated at University College School. He is a Chevalier of the Order of Leopold (by her late Majesty's royal licence), honorary member of the Imperial Russian Technical Society, and of the American Philosophical Society. He is a Vice-president of the Society of Chemical Industry, and a member of many other scientific societies in this country. Dr. Redwood is adviser on petroleum to the Home-office, as well as to the Corporation of London and other local authorities. He has given evidence on petroleum before Select Committees of both Houses of the Legislature, has been otherwise largely consulted in regard to petroleum legislation, and has contributed extensively to the literature of his speciality. He is the author of a standard work on petroleum in two volumes, and of the article on petroleum in the Times supplement to the Encyclopaedia Britannica."

Dr. Redwood has always had a taste for mechanical pursuits, and has for years sought relaxation in steam yachting. He was one of the first to take advantage of the alteration of the law relating to automotor vehicles, was an active member of the Self-propelled Traffic Association, and was largely instrumental in bringing about the fusion of that body with the Automobile Club, of which he is a founder and Life member. His first car was a Bolide, and in 1897 he had a 12 h.p. four-cylinder Daimler car built at Coventry to his specification, at a time when in this country such "high" power was considered neither necessary nor desirable. He has also owned a De Dion voiturette, is now driving a 7 h.p. Panhard, and has quite recently bought a 16 h.p. De Dietrich car.

Sir BOVERTON REDWOOD, Bart., a member of the Institute of Metals since 1910, died in London on June 4, 1919, after only a few days' illness, at the age of seventy-three.

Though interested in metallurgy, he was pre-eminently a petroleum expert, and was engaged almost up to the time of his death on the analyses of the oil from the Chesterfield borings in Derbyshire, an enterprise in which he had been keenly interested from its inception. He was technical adviser on petroleum to most Government Departments, and served on the Royal Commission on Oil Fuel for the Navy (1912). He was also a member of the Home Office Committee on Acetylene Generators, and was Chairman of the Gas Traction Committee, and of the Committee on the use of alcohol as fuel. His activities during the war were many.

The unquestioned authority of Redwood throughout the world in matters relating to petroleum was ample testimony to his marked ability and wide knowledge. He was a man of keen insight, an able administrator, and a clear expositor of any problem, however complex, with which he had to deal. Personally he was most kindly, and took a great interest in many of the younger men who became associated with him, always lending his influence to further their interests and advancement.