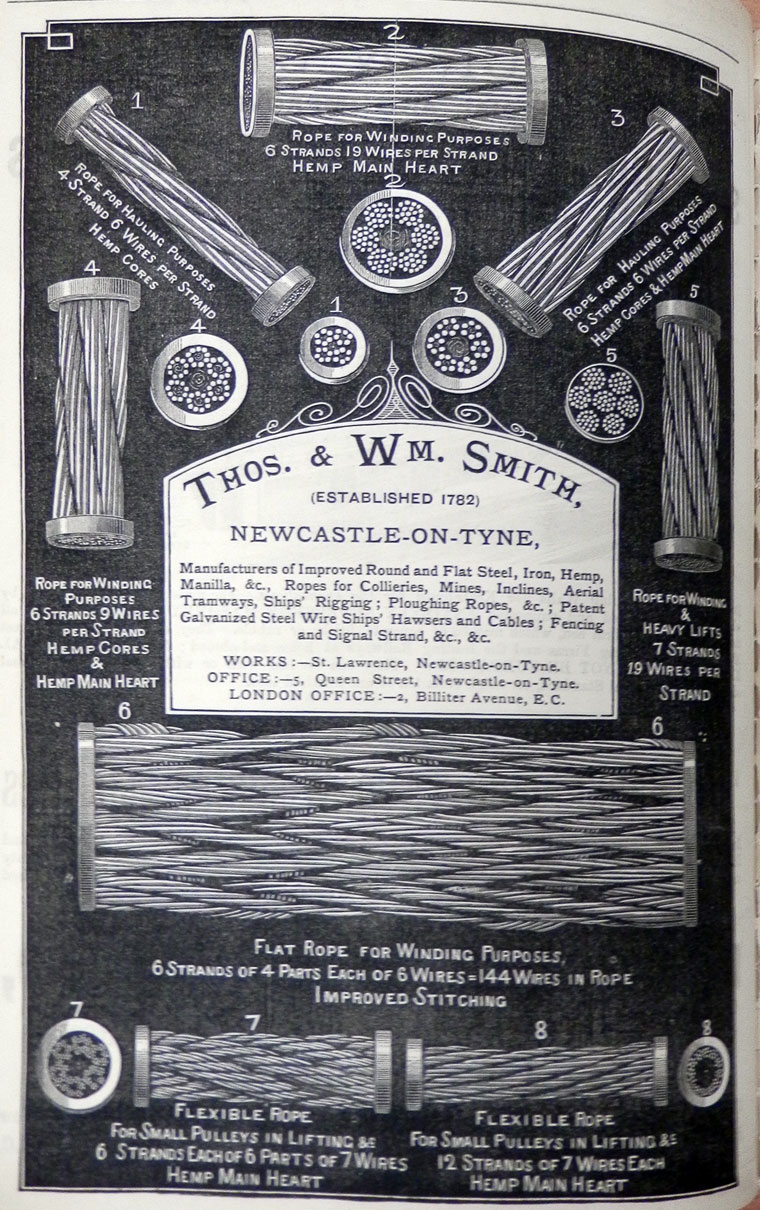 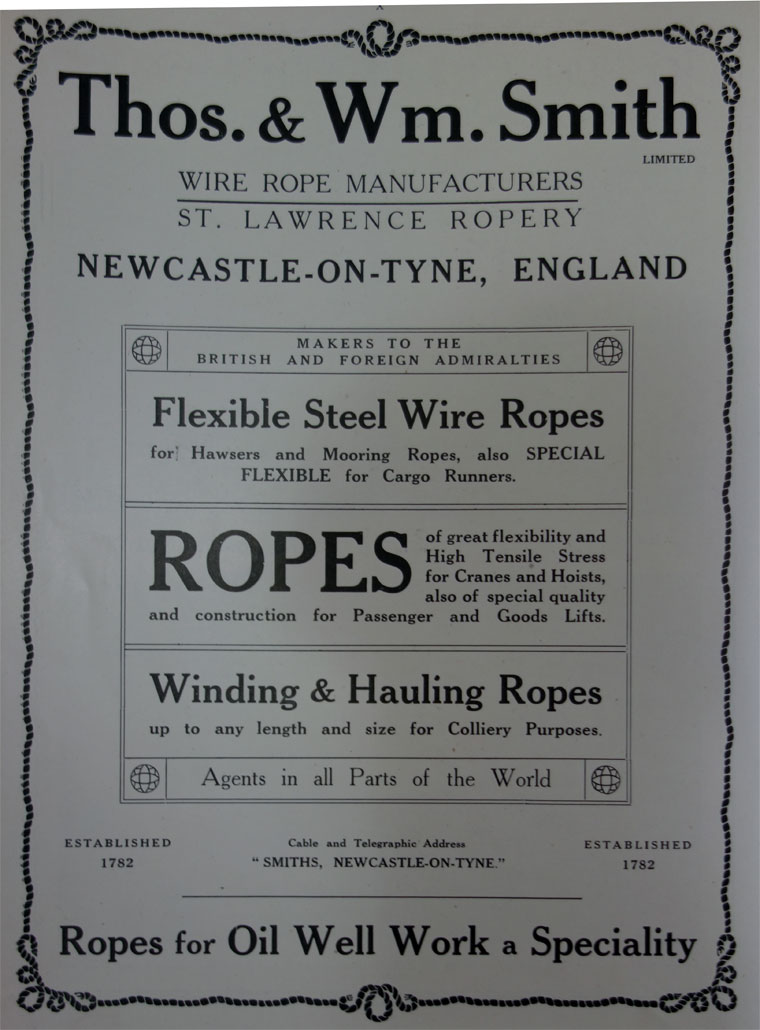 of Guildhall, and St Lawrence Newcastle-on-Tyne; the rope making part of T. and W. Smith

1810 Thomas Smith (of Newcastle), with his sons Thomas, junior, and William, started a ship building business at St.Peter's taking over the shipyard of William Rowe - see T. and W. Smith

1864 The prospectus was announced for a new company Alliance Ship owning and Ship-building Co which would absorb the business and the fleet of long established Indian and Eastern trader Thomas and William Smith and the freehold dockyard in Limehouse of Messrs Young, Son and Magnay. Existing owners would have shares in the new entreprise. All of the Assets were fully engaged[2]

1889 Launched a steel screw steamer from the North Shields yard for Dixon, Robson and Co[4]

1924 One of eight companies merged into British Ropes Ltd on its formation[8].