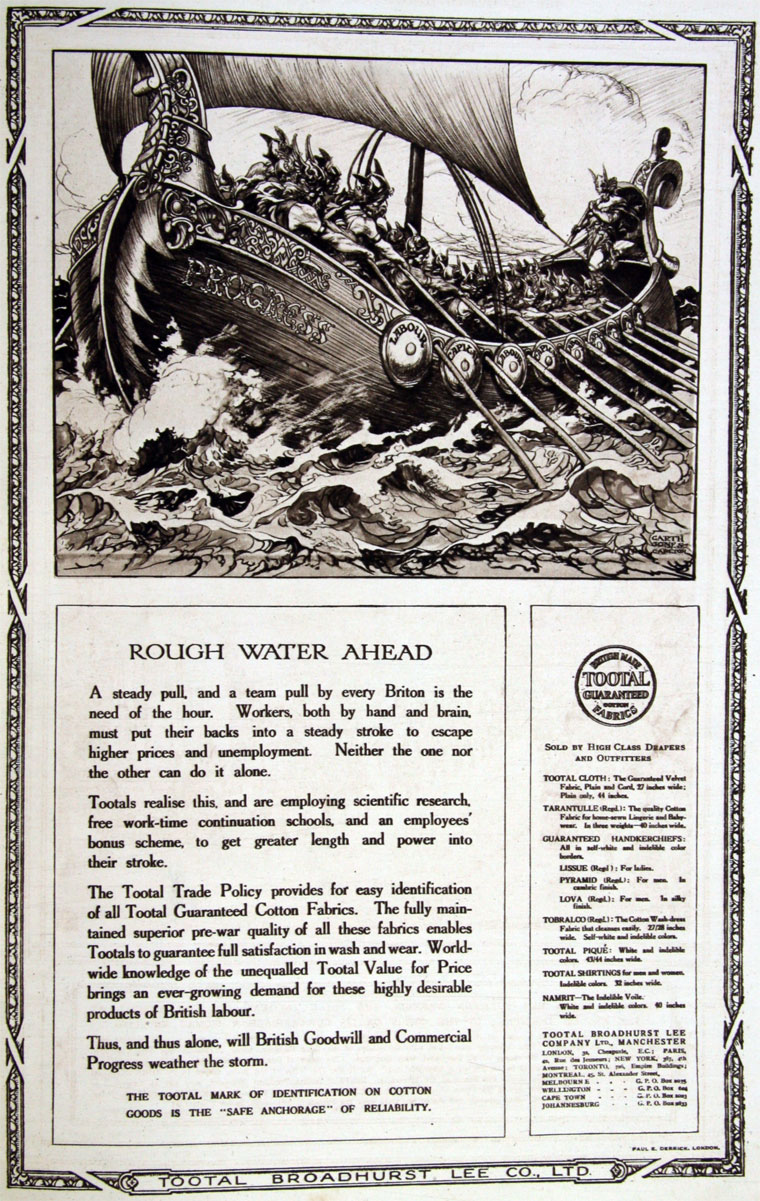 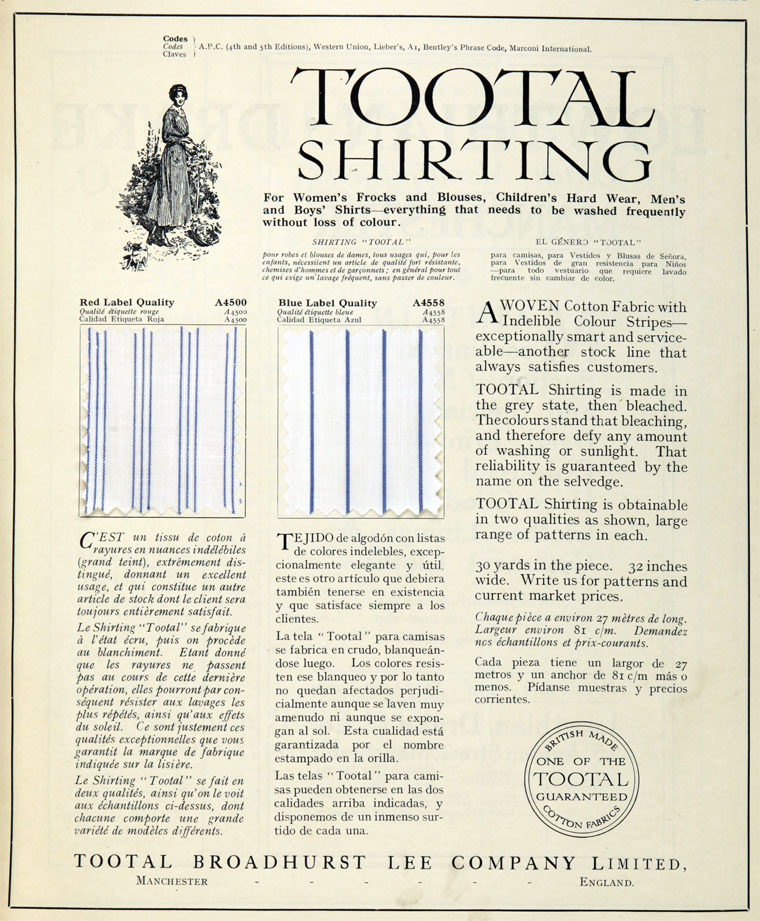 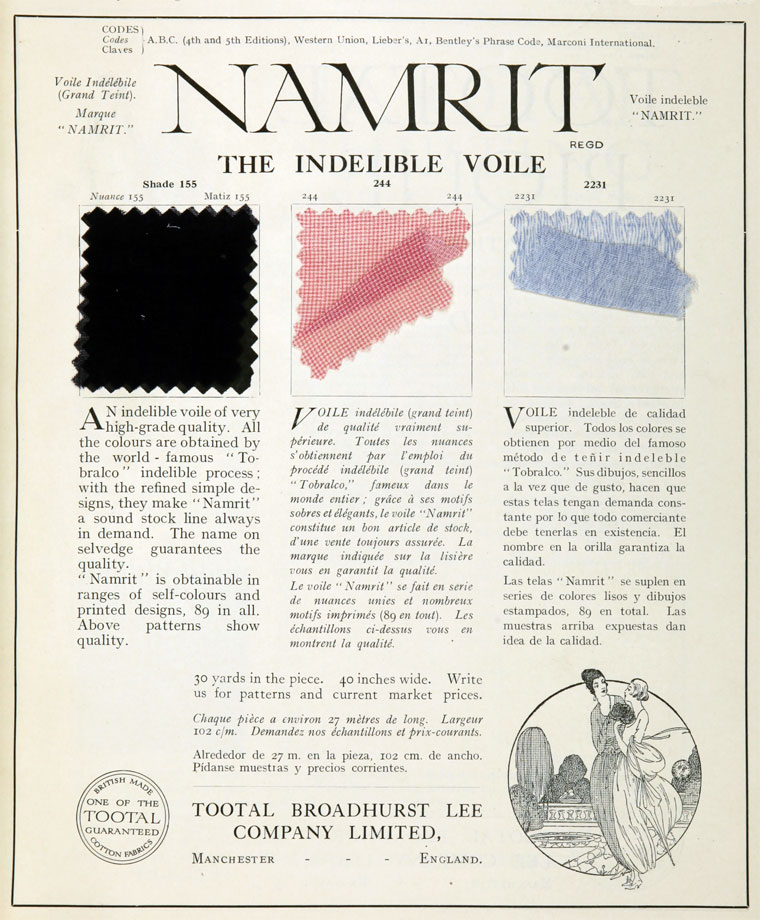 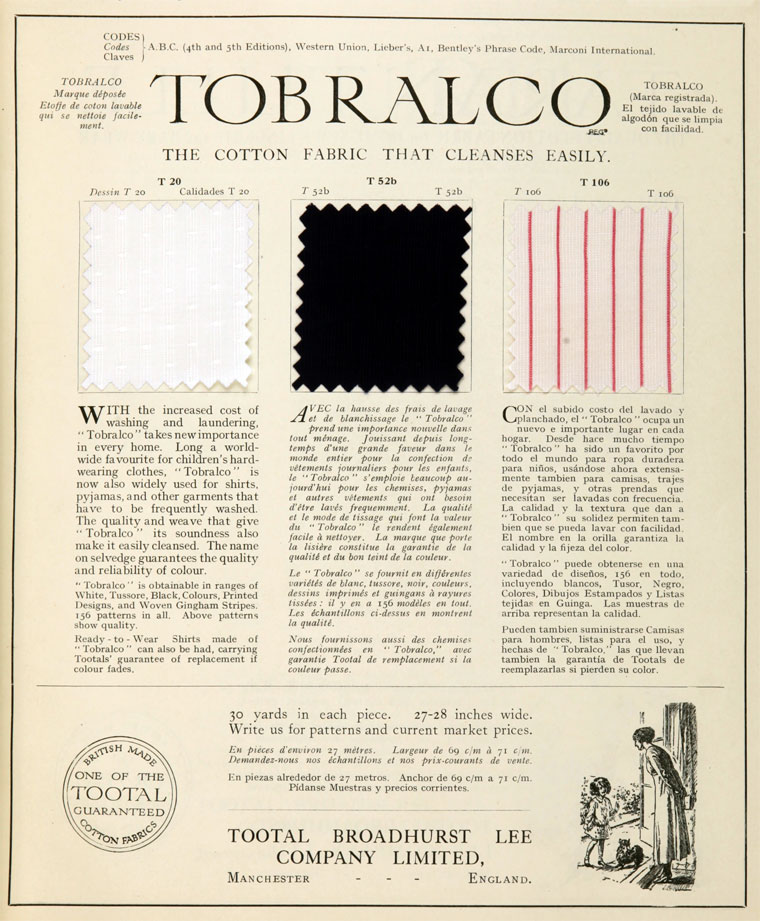 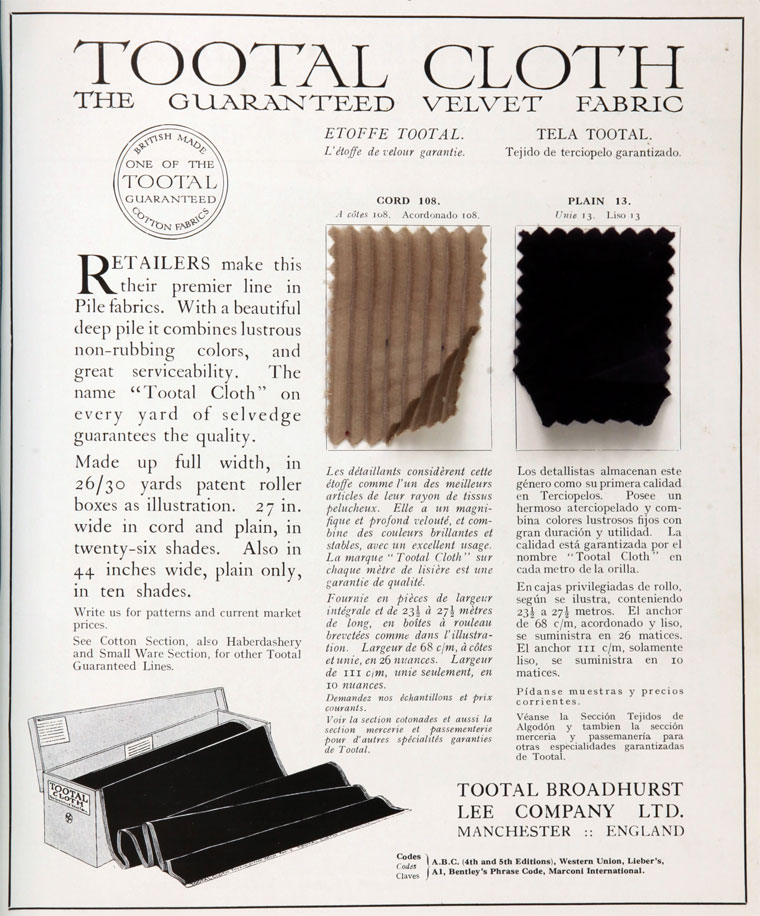 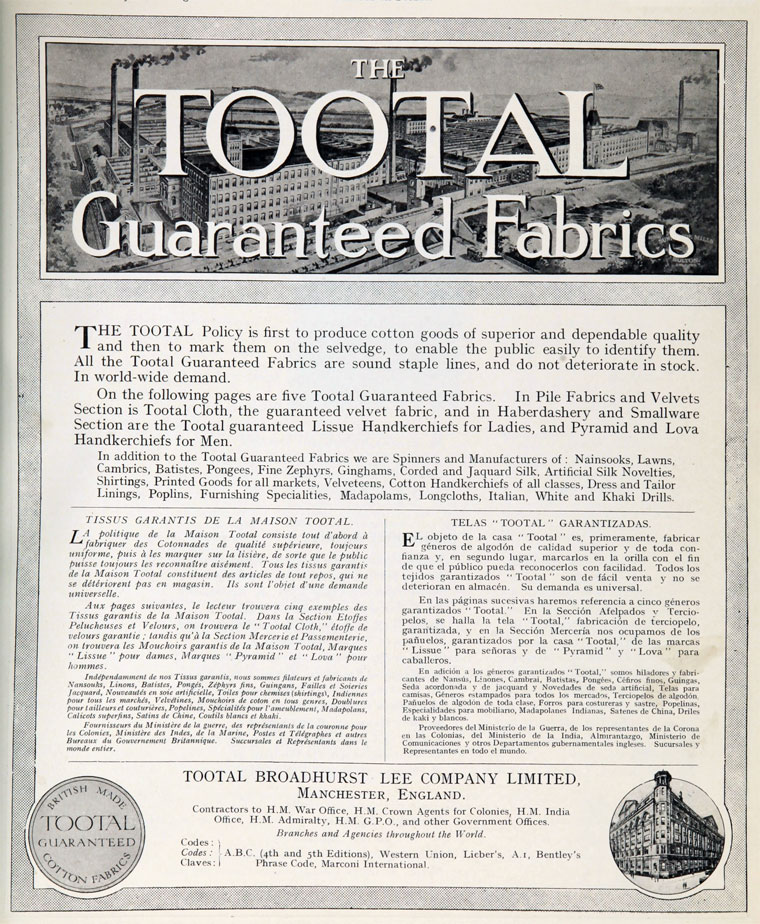 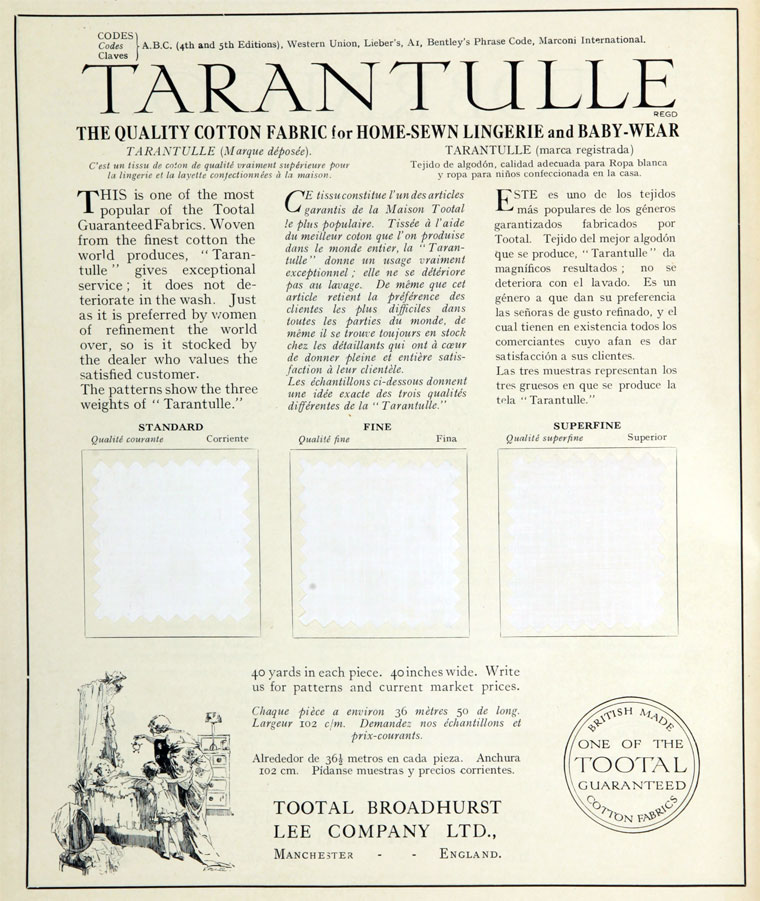 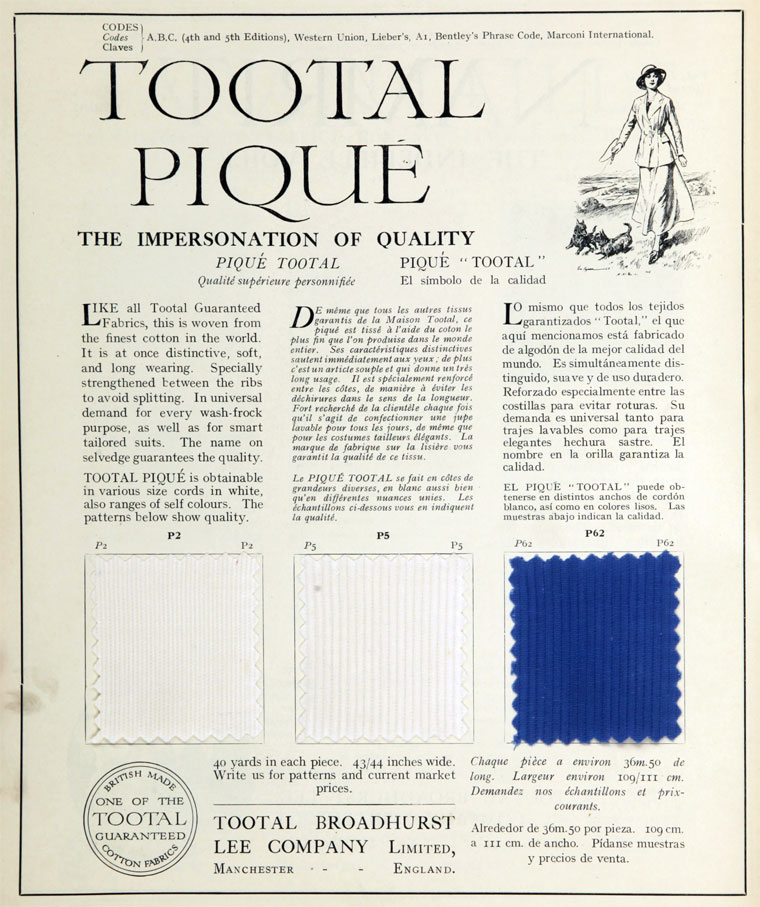 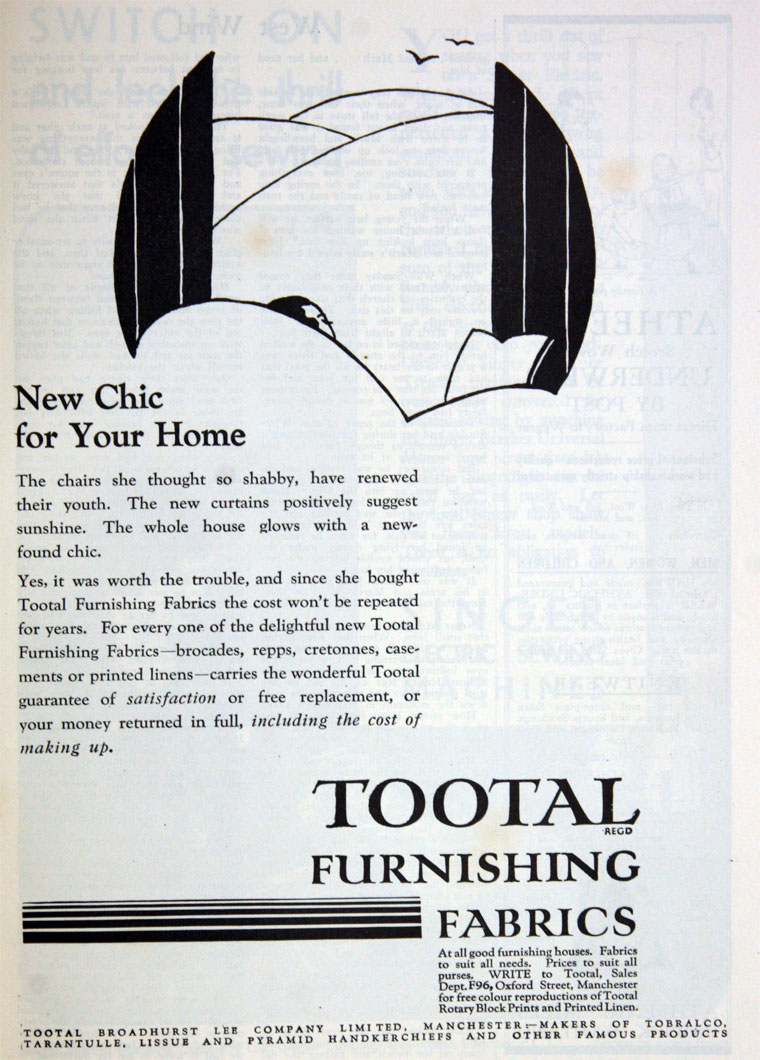 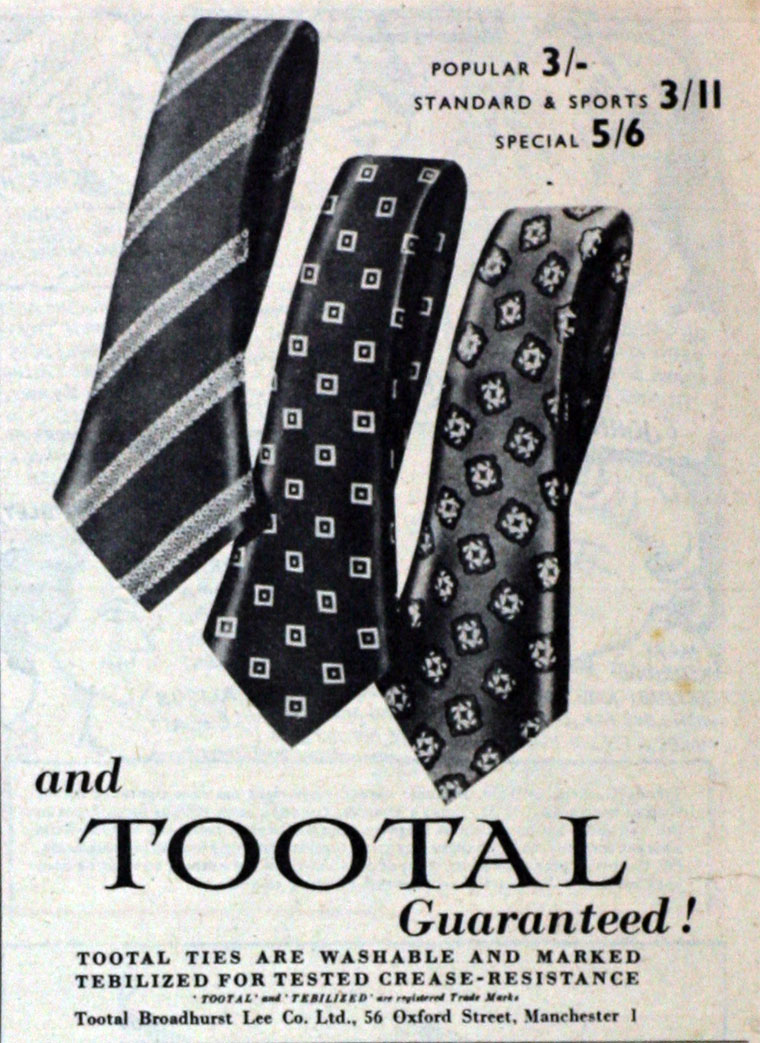 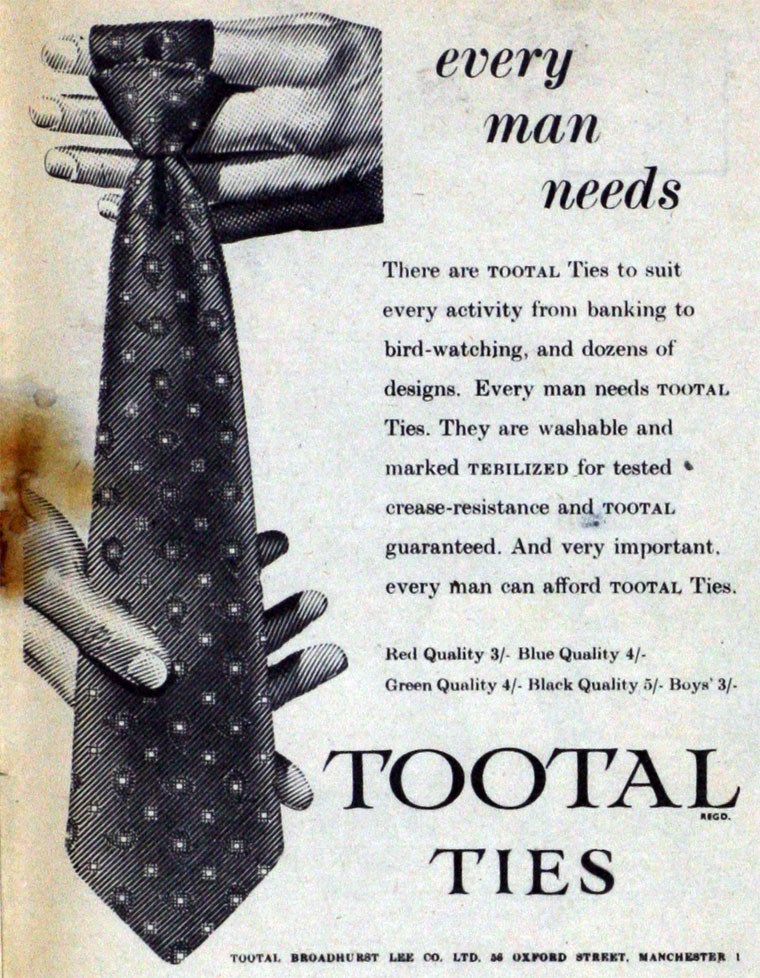 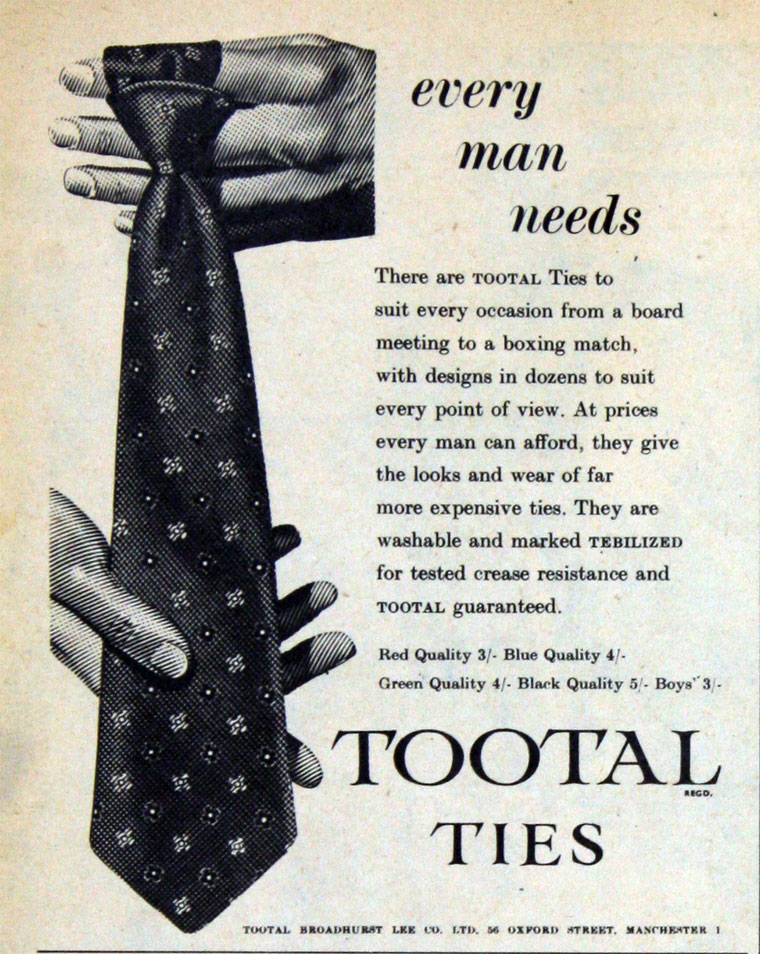 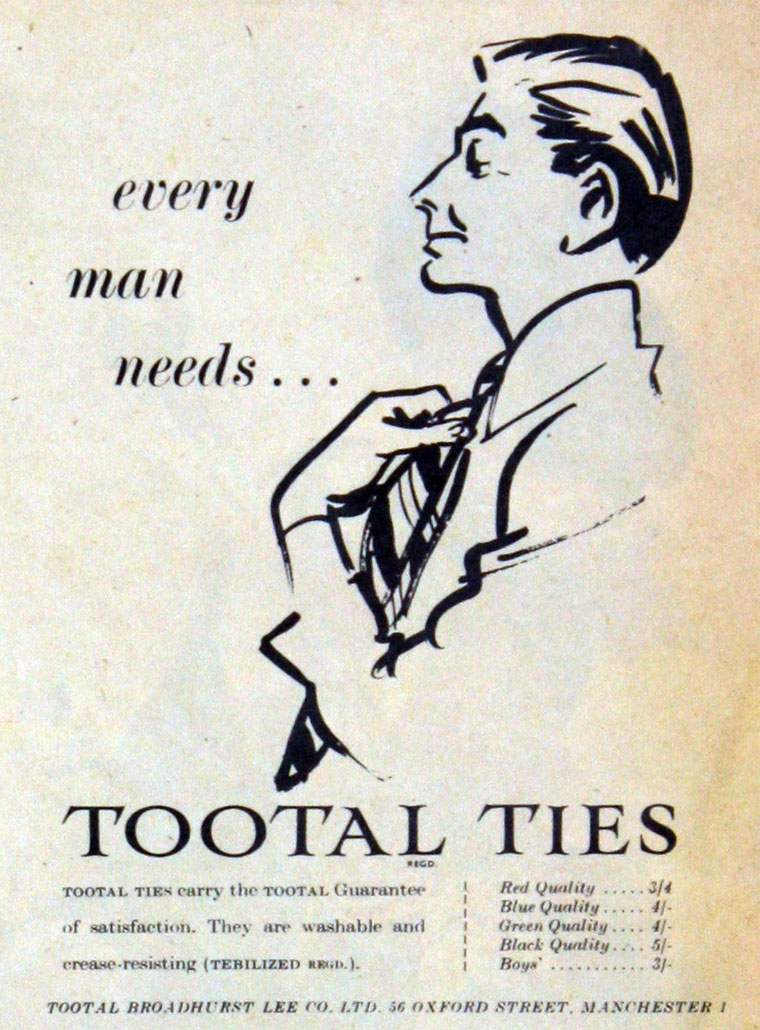 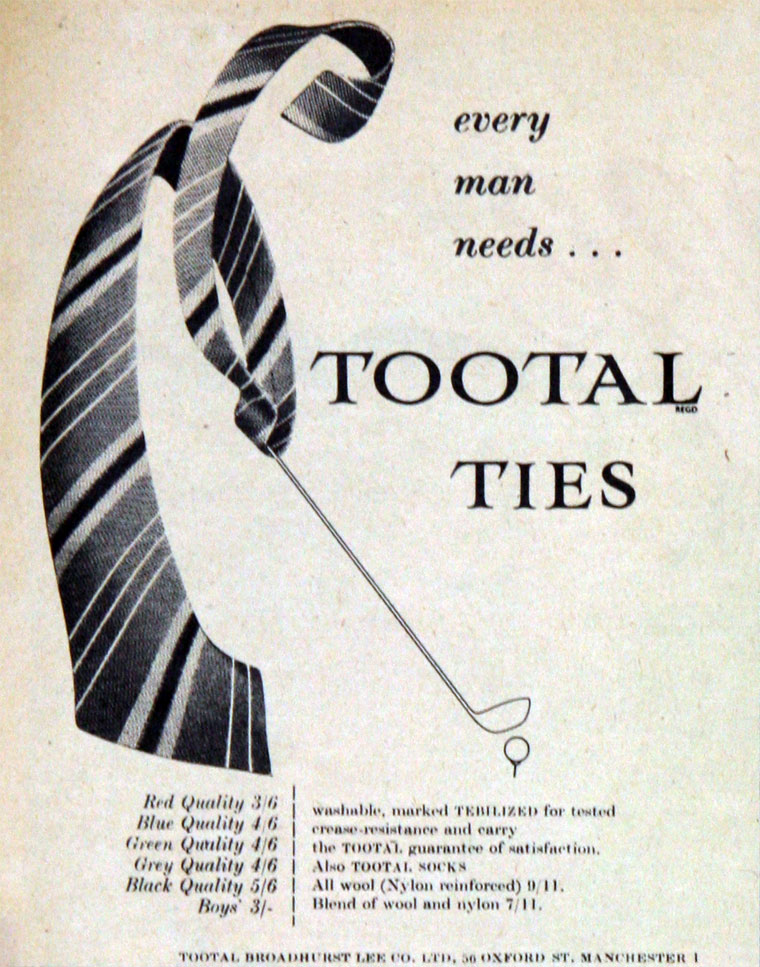 1799 The company was founded in Manchester, by Robert Gardner, a textile merchant.

1853 Tootal, Broadhurst and Lee were one of a number of businesses who signed a petition in Manchester concerning the government of the East Indies[1]

1856 "NOTICE is hereby given, that the Partnership heretofore subsisting between us the undersigned, as Manufacturers, at Manchester and elsewhere, under the firm of Tootal, Broadhurst, and Lee, expired by effluxion of time on the 1st day of August, 1856, since which date the business has been, and will continue to be, carried on by the undersigned Henry Tootal Broadhurst and Henry Lee, on their own account; and they will receive and pay all debts due to and from the said partnership.—Dated the 8th day of December, 1857. Edward Tootal. Henry T. Broadhurst. Henry Lee."[2]

1859 Dissolution of the partnership of Tootal, Broadhurst and Lee of Manchester, manufacturers, as regards E. Tootal[3]

Up to 1860 the firm was the chief manufacturer of hand looms in Blackburn but then gave up this line of business in favour of fancy cloths, for which they introduced steam power to replace hand powered looms[4]

1887 The company was vertically integrated, combining spinning and power-loom weaving, at a time when there was a tendency for firms to specialize in a single process. A further distinctive feature of the company was its marketing network, including offices and warehouses in Bradford, Belfast, and Paris, and agencies further afield. Tootals employed about 5000 workers in 1887, and operated 172,000 spindles and 3500 looms, making it the third largest vertically integrated cotton firm in Lancashire.

1888 The company was registered on 17 January, to take over the business of spinners and manufacturers, carried on at Manchester, London and elsewhere, under the firms of Tootal-Broadhurst, Lee and Co and the Lee Spinning Co[6]

1918 A research department was established, which carried out early work on creating crease resistant fabric. The company was notable for its early use of brand names and was a leader in the field of selling direct to retailers.

By 1939, the firm had spinning, weaving and yarn dyeing factories in Bolton and factories in Newton Heath, Manchester, weaving silk and wool and producing handkerchiefs and ties. There were branches in Belfast, Birmingham, Leeds, London and Glasgow and overseas in Argentina, Australia, Canada, France, and New Zealand. The company had agencies throughout the world. Subsidiaries’ activities included dress manufacture, bleaching, dyeing and crease resistant finishing.

1952 A new factory was opened in Devonport, Tasmania.

The company became a subsidiary of the holding company Tootal Ltd

1961 In Bolton, subsidiaries of Tootal included:

1968 This in turn merged with the Calico Printers Association, becoming English Calico Ltd.