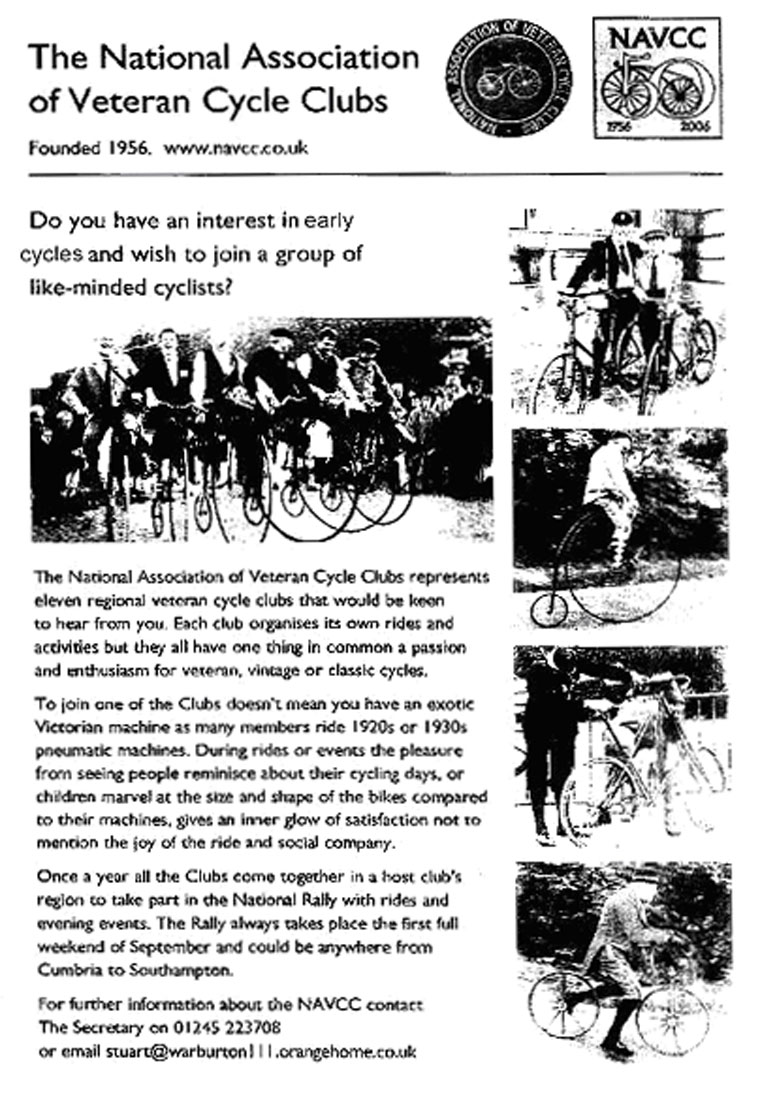 The National Veteran Cycle Rally is run under the auspices of the National Association of Veteran Cycle Clubs ( NAVCC ) and takes place annually on the first Sunday in September. It is hosted each year by an Affiliated UK Club in their part of the UK, the event has over recent years become a weekend event with the prestigious ‘costumed’ ride held on the First Sunday of September.

1956. The NAVCC was formed in April, when representatives of UK veteran cycle clubs met at Meriden after an earlier meeting in October 1955.

1957. The First National Rally was held in Coventry and has been held every year since.

Currently the Association has Eleven affiliated Clubs from various areas of England all of whom are able to ‘Host’ the National Rally in their particular area of the country.

Entrants generally in period cycling costume/attire appropriate to their cycle, ride machines manufactured before 1936, the earliest being of the late 1860’s, thus the History of the Bicycle can be seen as a mobile pageant on our roads today. [1]