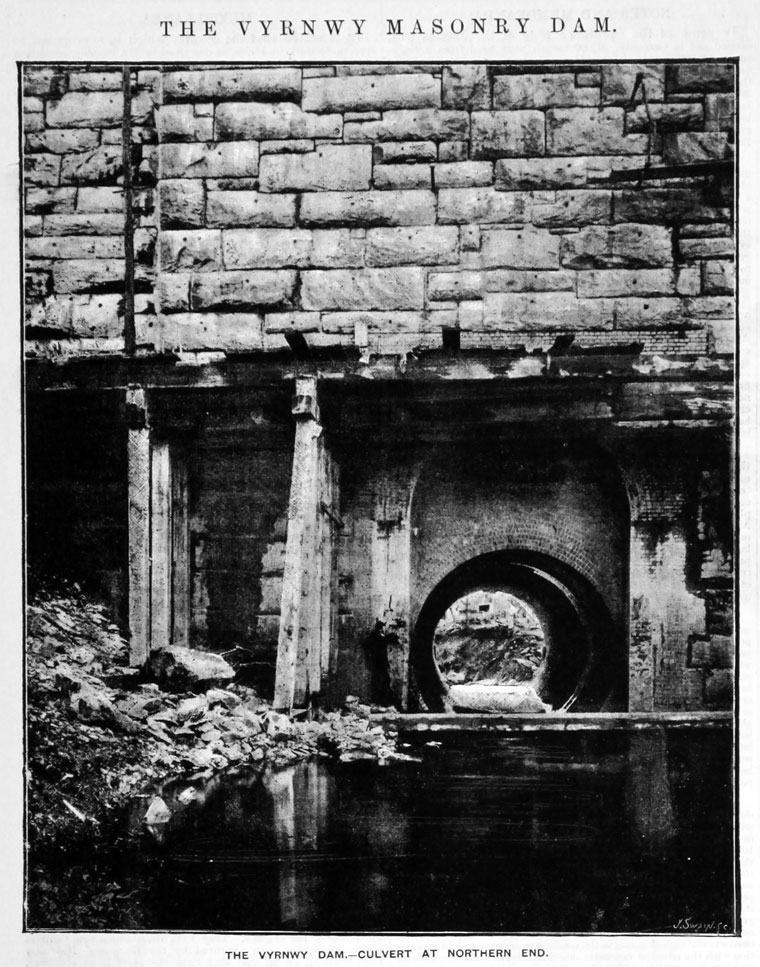 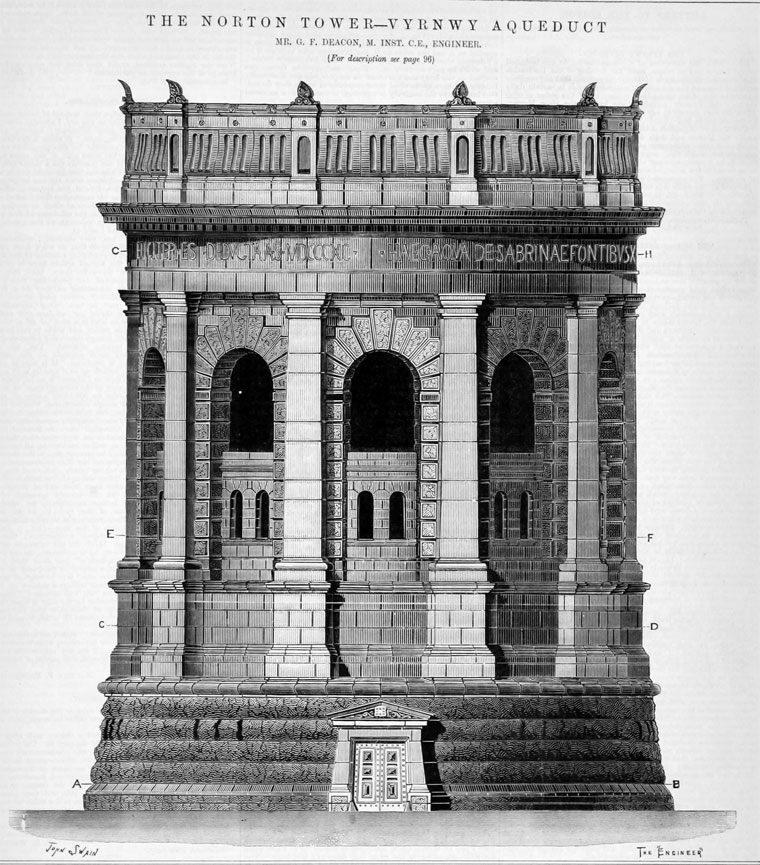 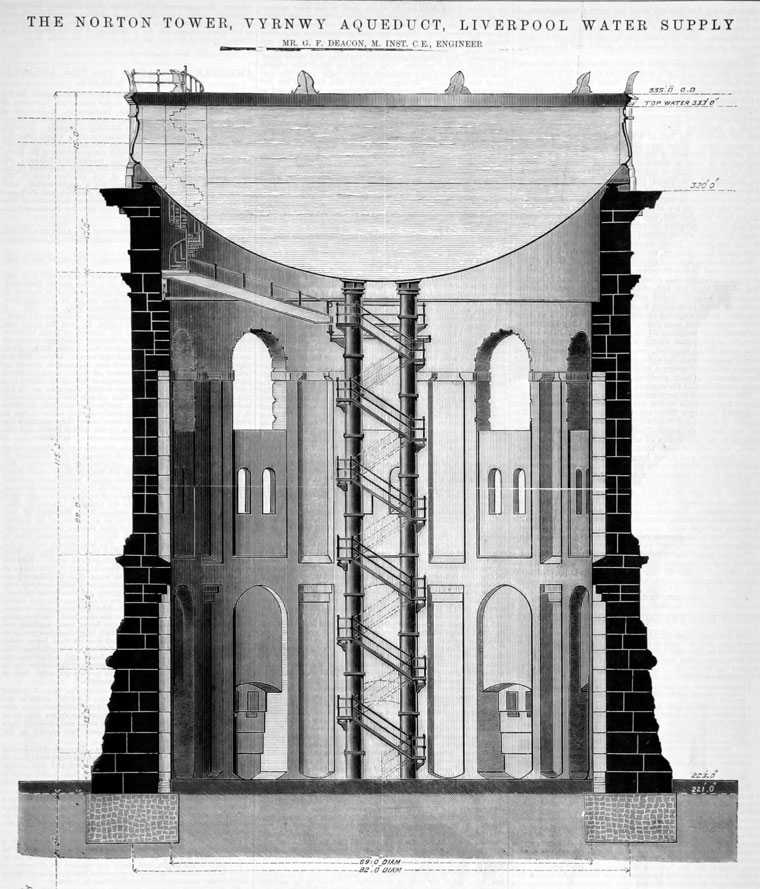 1865 After a period of great drought, there was only ten days' supply in the the reservoirs supplying Liverpool which stimulated the City Corporation to plan for additional supplies. Many schemes were considered before it was decided that a new supply for should be provided by construction of a masonry dam forming Lake Vyrnwy in North Wales together with the Vyrnwy Aqueduct to bring the water to Liverpool. This scheme was recommended by Mr Bateman and Mr. Hawksley. An Act of Parliament was obtained in August 1880.

1881 The first stone of the embankment for the Dam was laid by Lord Powis.

By November 1888 the arches of the viaduct over the great dam at Llanwddyn had been completed, and the two discharge tunnels through the dam had been built. The valves in the pipes carrying the river were about to be closed, when the water would begin to accumulate. Most of the houses in the village had been pulled down, and the ruins purified with fire. The church, however, was still standing, and services continued to be held.

1892 The Aqueduct was said to be the longest in the world when it was opened, conveying the waters of the largest artificial lake in Europe to Liverpool.

See supplement in The Engineer describing the project at length.

Articles in The Engineer

These substantial waterworks were given a lot of coverage in The Engineer. Access the articles via the links below.