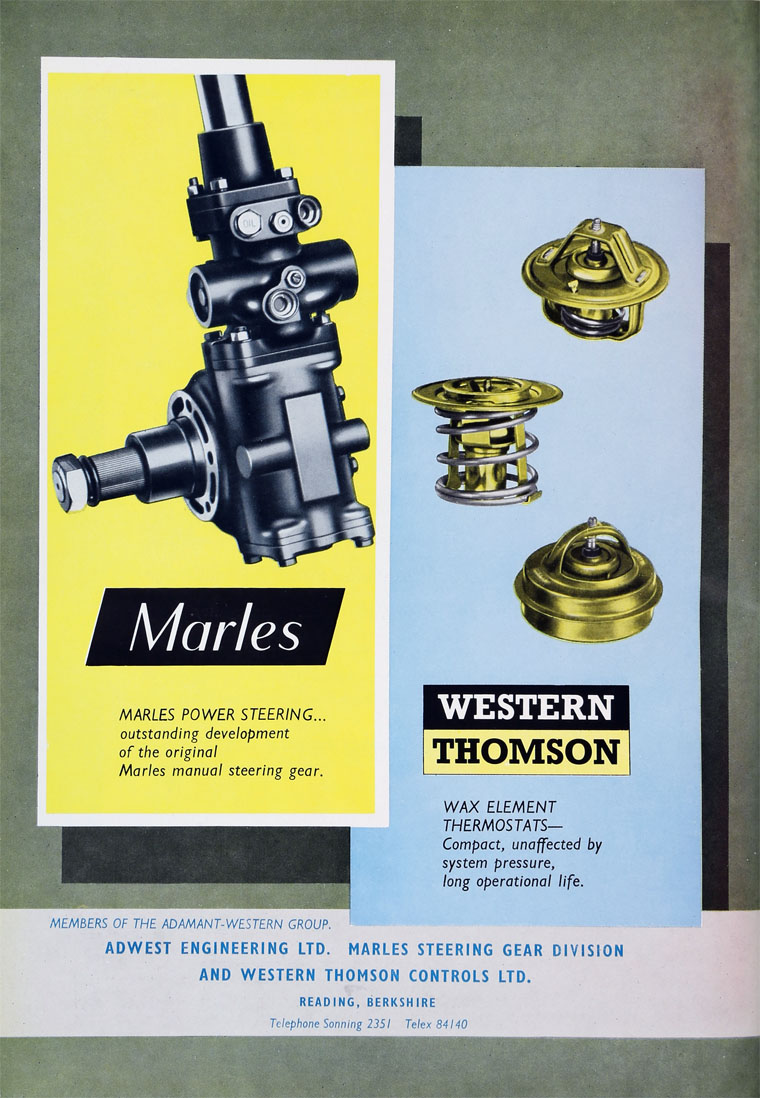 of Reading and Luton

1955 Formation of public company by merger of Adamant Engineering Co of Luton and Western Manufacturing of Reading[1] in order to acquire more capacity to meet demand in face of shortage of labour in Luton.

1956 Formed an electronics division which licensed an automatic weighing device from ICI[3].

1959 Had developed a mechanical handling system as a diversification product in view of the reducing demand for components for aircraft[5]. Acquired Steel Fabricators (Cardiff)[6].

1961 Agreement with Bendix Corporation of USA for manufacture and sale of Bendix manual and power assisted steering[8].

1962 Announced development plans for Reading airport at Woodley, which the company owned; the airport would close in 1963[9].