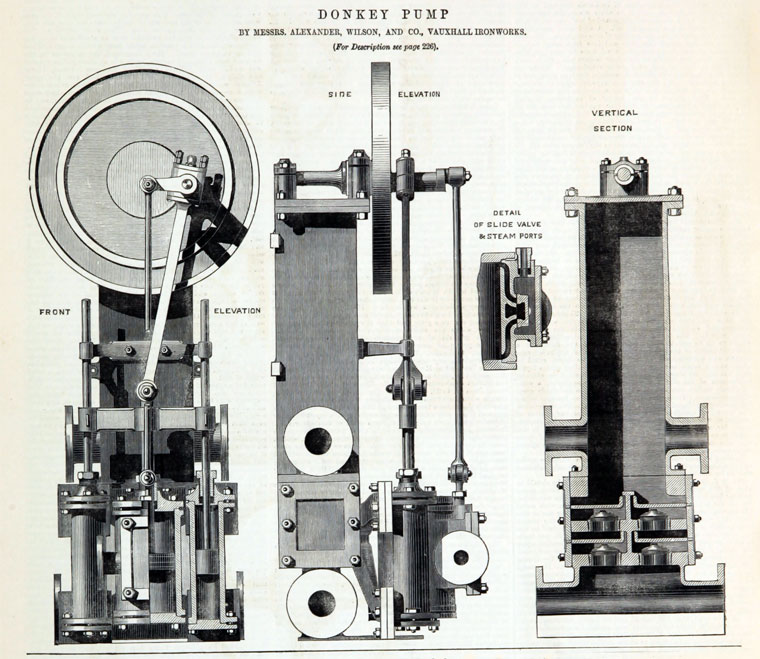 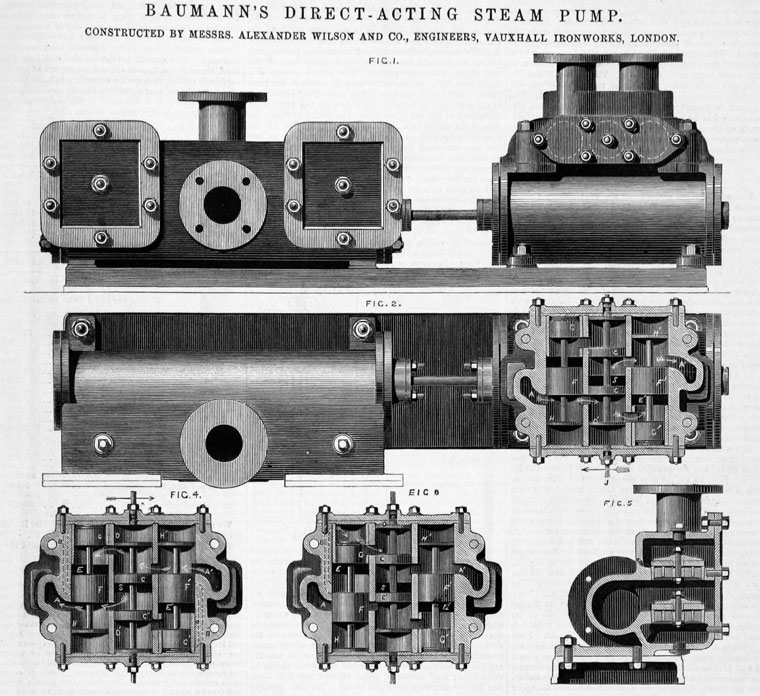 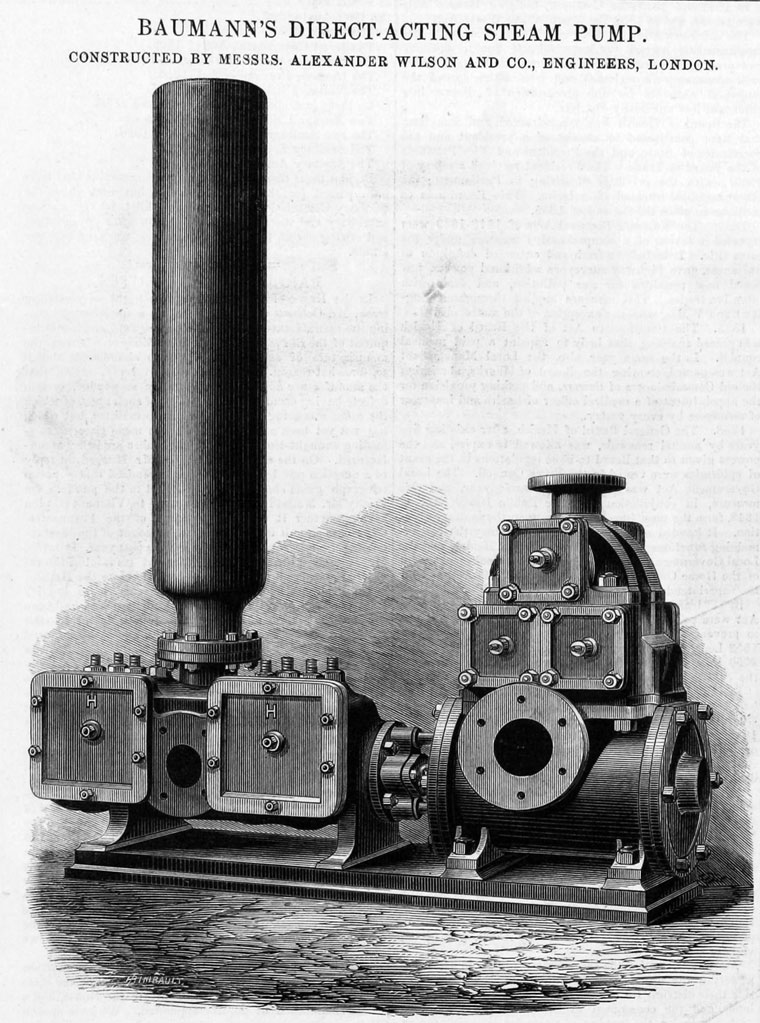 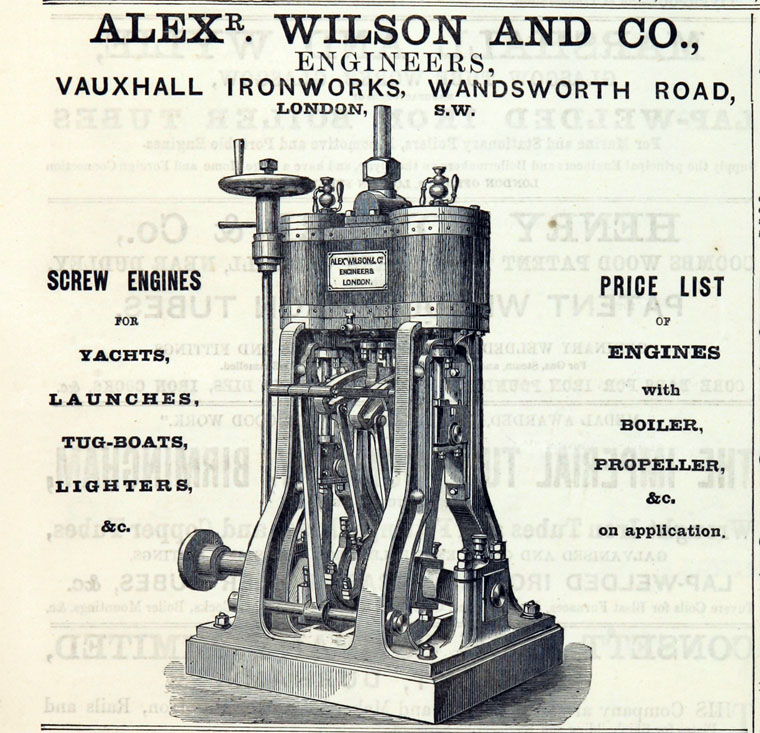 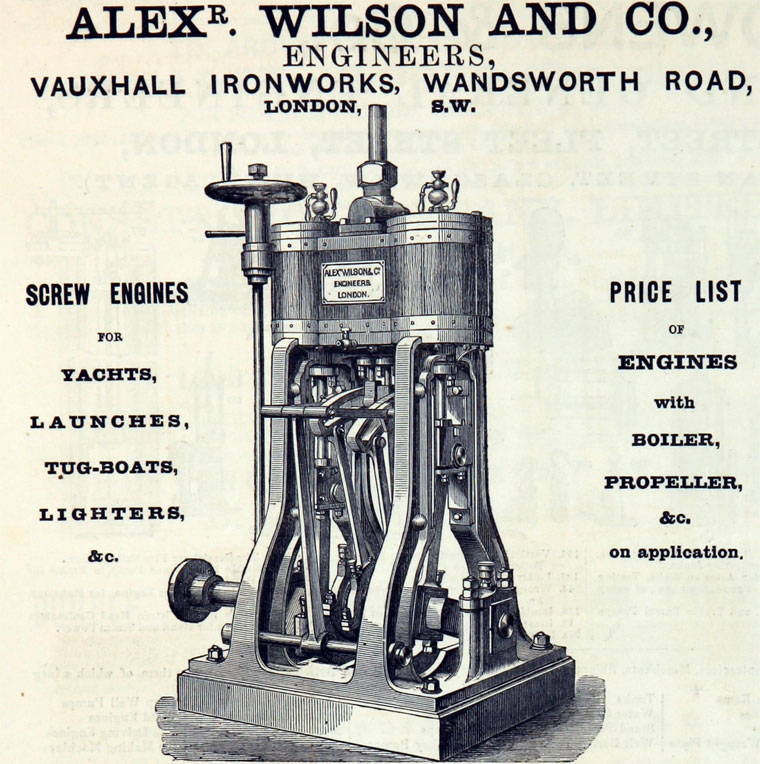 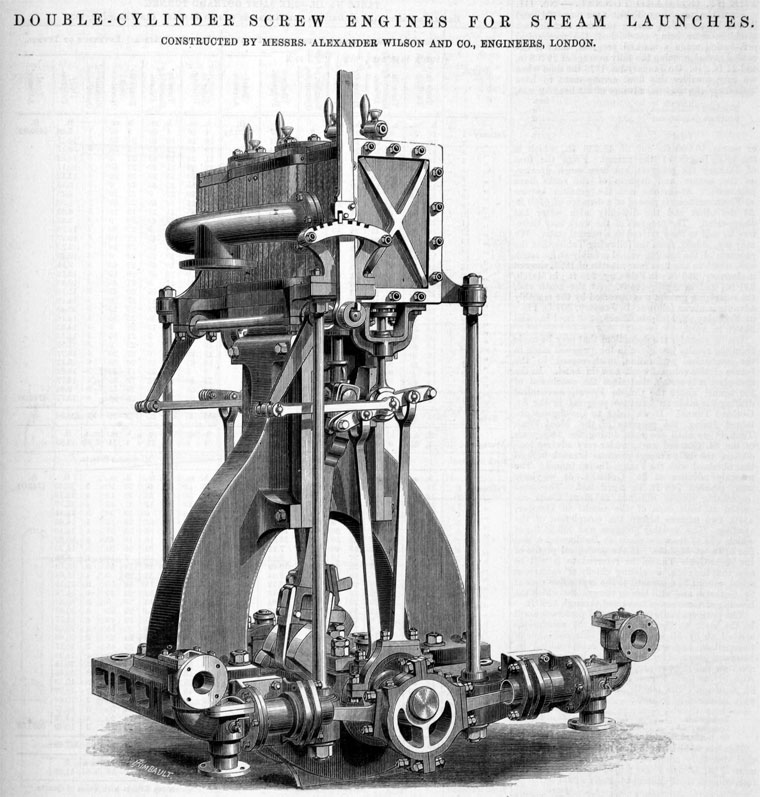 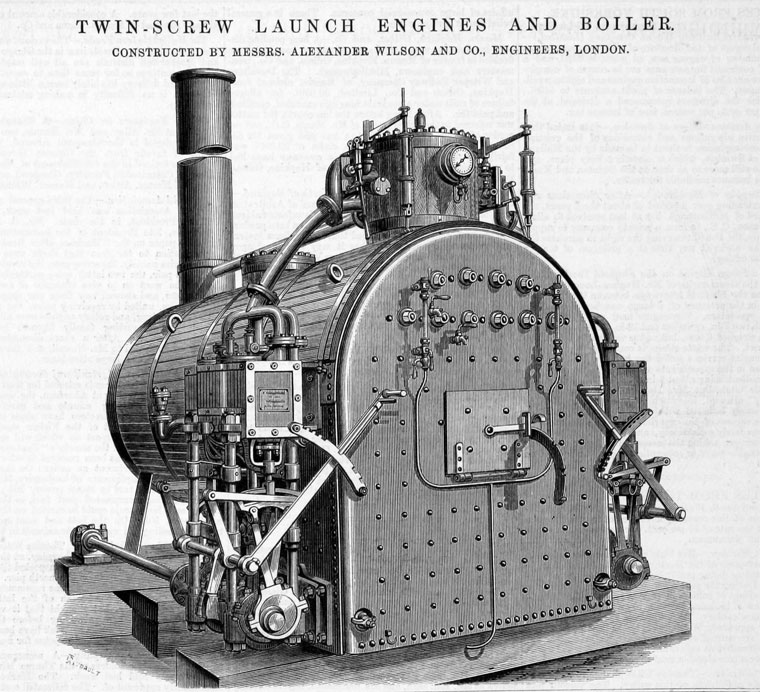 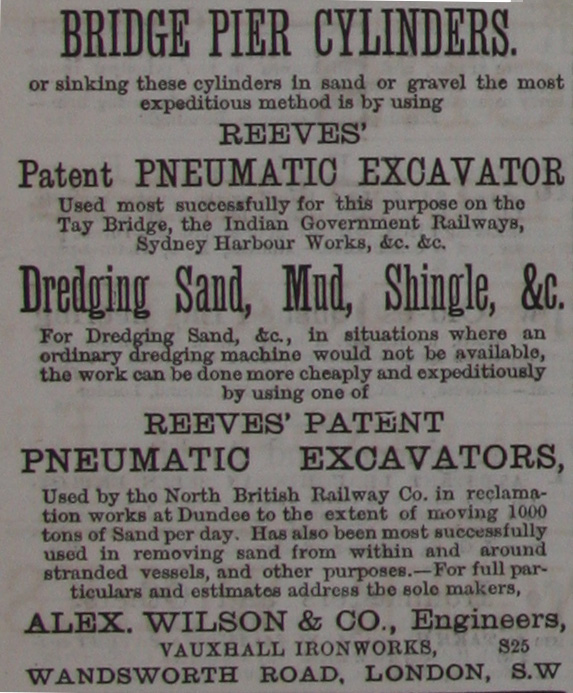 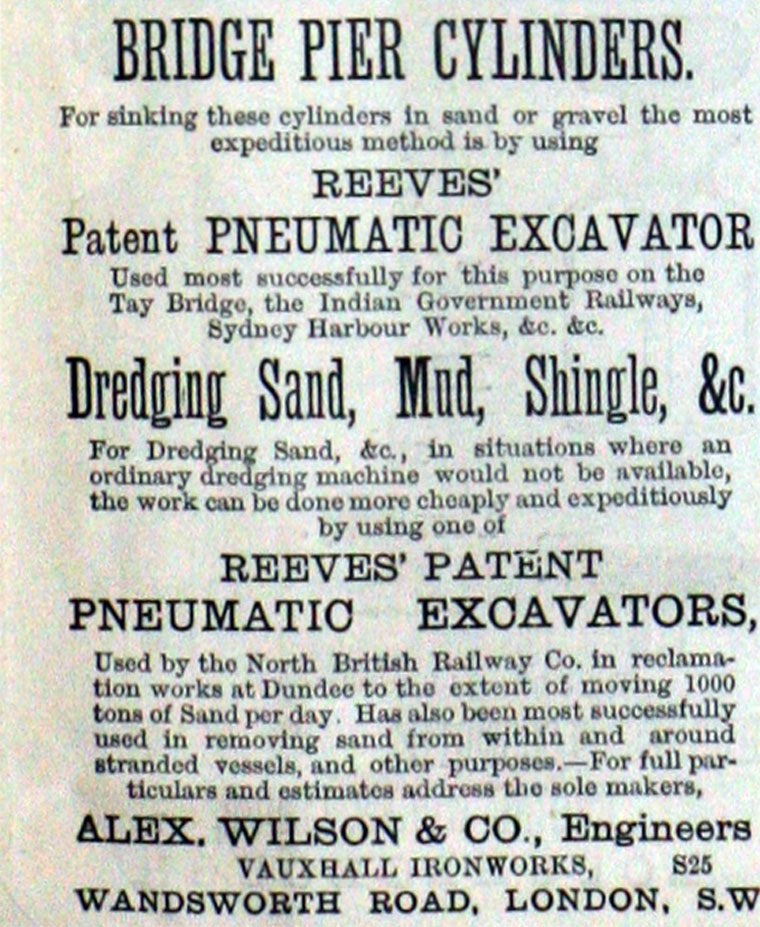 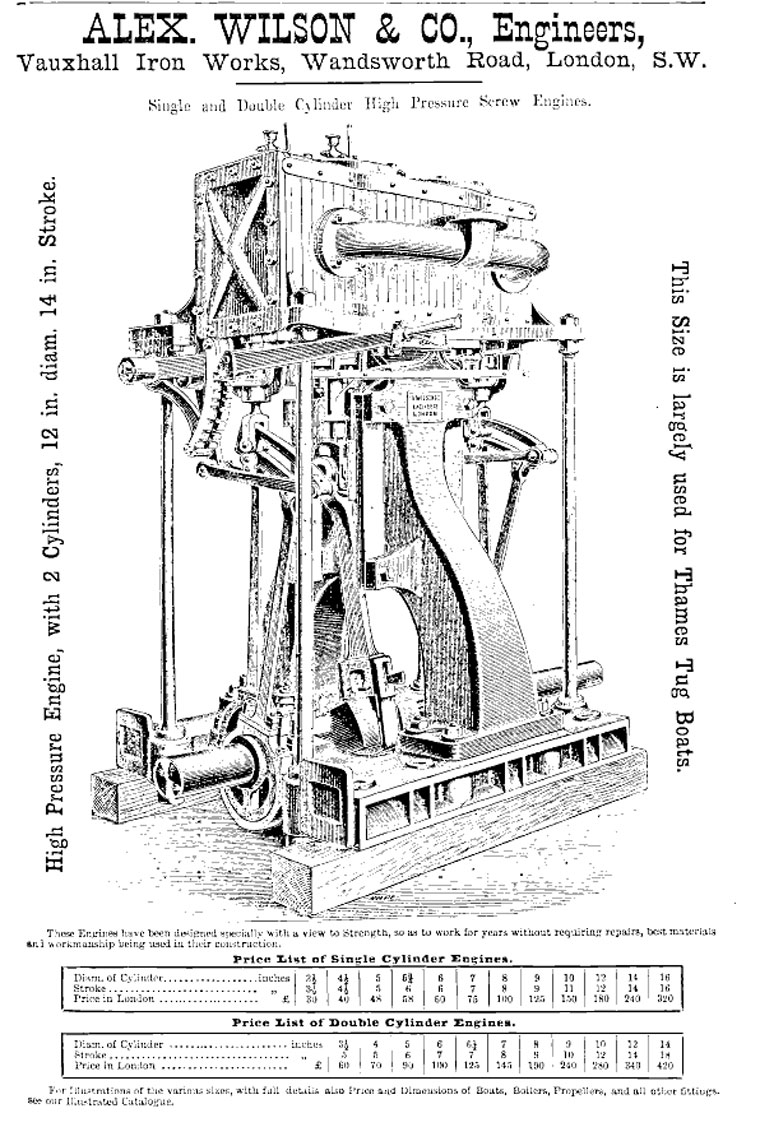 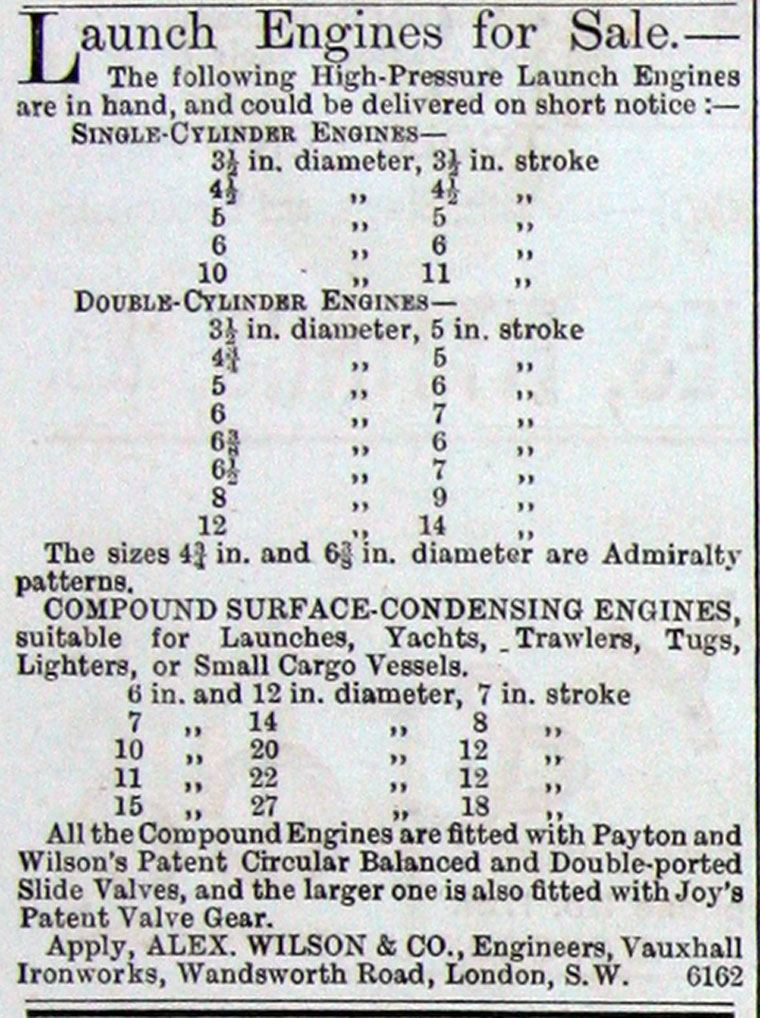 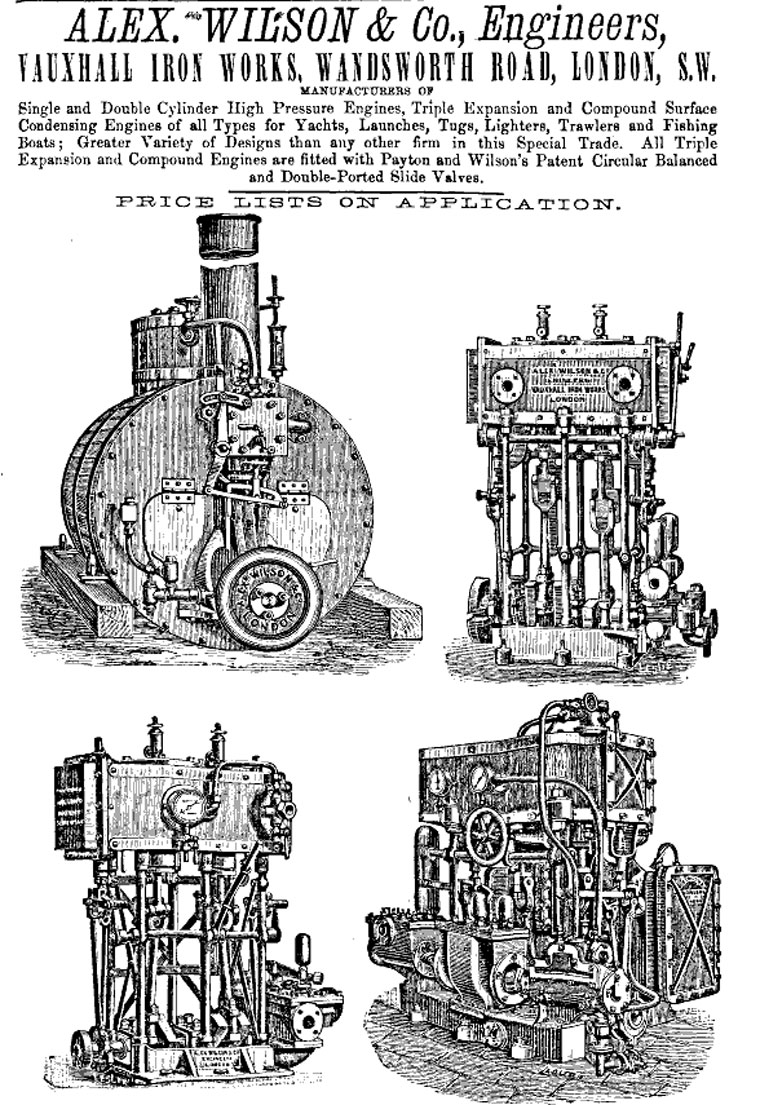 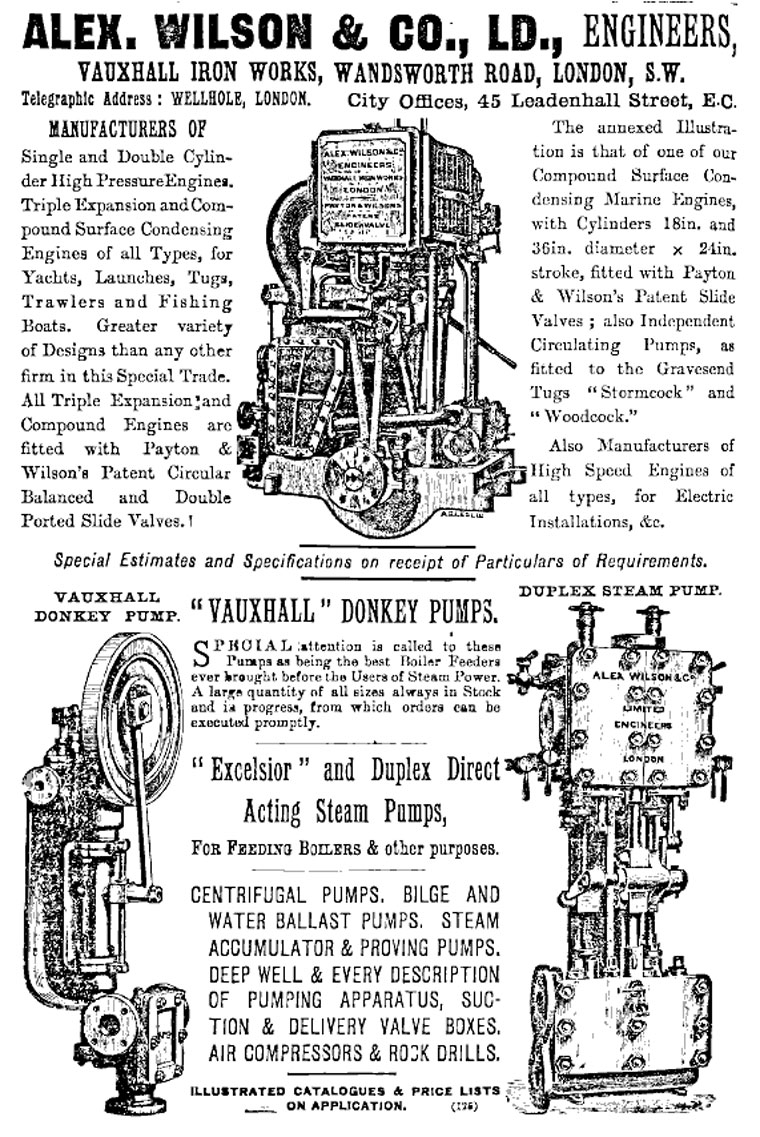 June 1898. Formerly of the Vauxhall Ironworks.

1868 Brown Wilson and Co was dissolved; Alexander Wilson was responsible for the debts.

1869 'Mr. Wilson, London agent to Mr. Graham, of Glasgow, the maker of the exploded boiler....Alexander Wilson, engineer, of the Vauxhall Iron Works, disposed that he knew of the boiler in question, as being agent for the maker of it in Glasgow.'[1]

1875 At the time of the liquidation of another of his companies, Alexander Wilson was also carrying on a separate business as an Engineer at the Vauxhall Iron-Works, No. 92, Wandsworth-road, in the county of Surrey, under the style of Alexander Wilson and Co.'[3]

1892 became a limited liability company with William Gardner as MD

1898 Alex Wilson is shown as of 172 Fenchurch Street, formerly of the Vauxhall Ironworks.