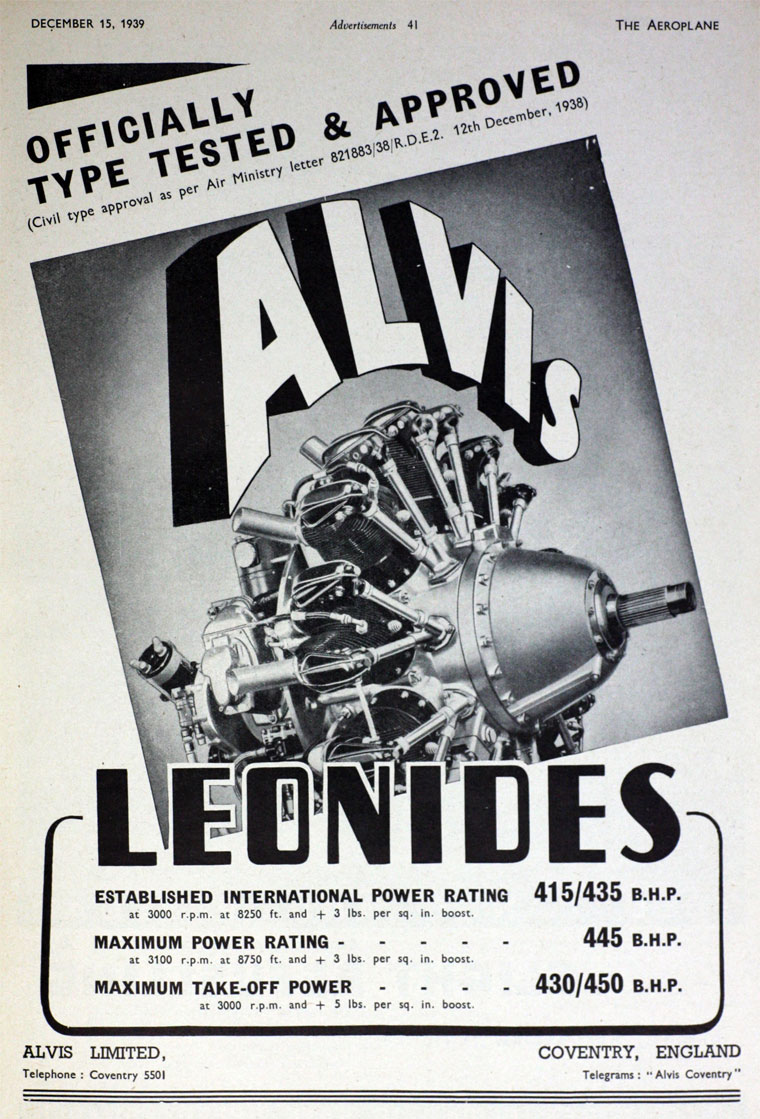 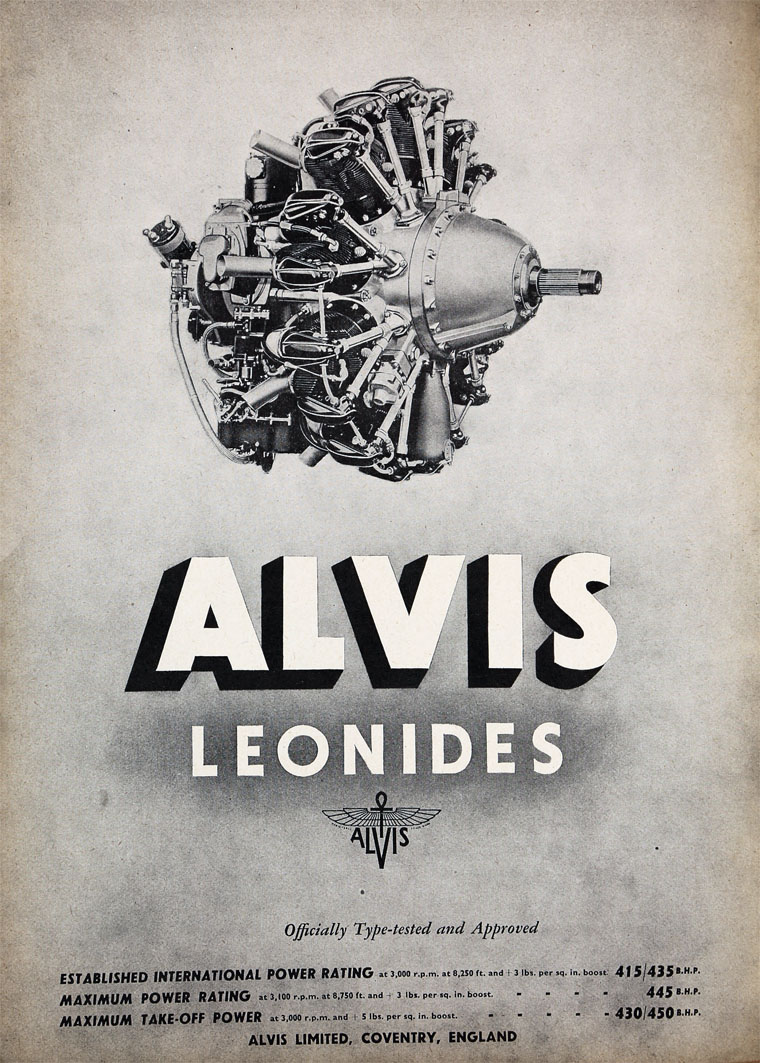 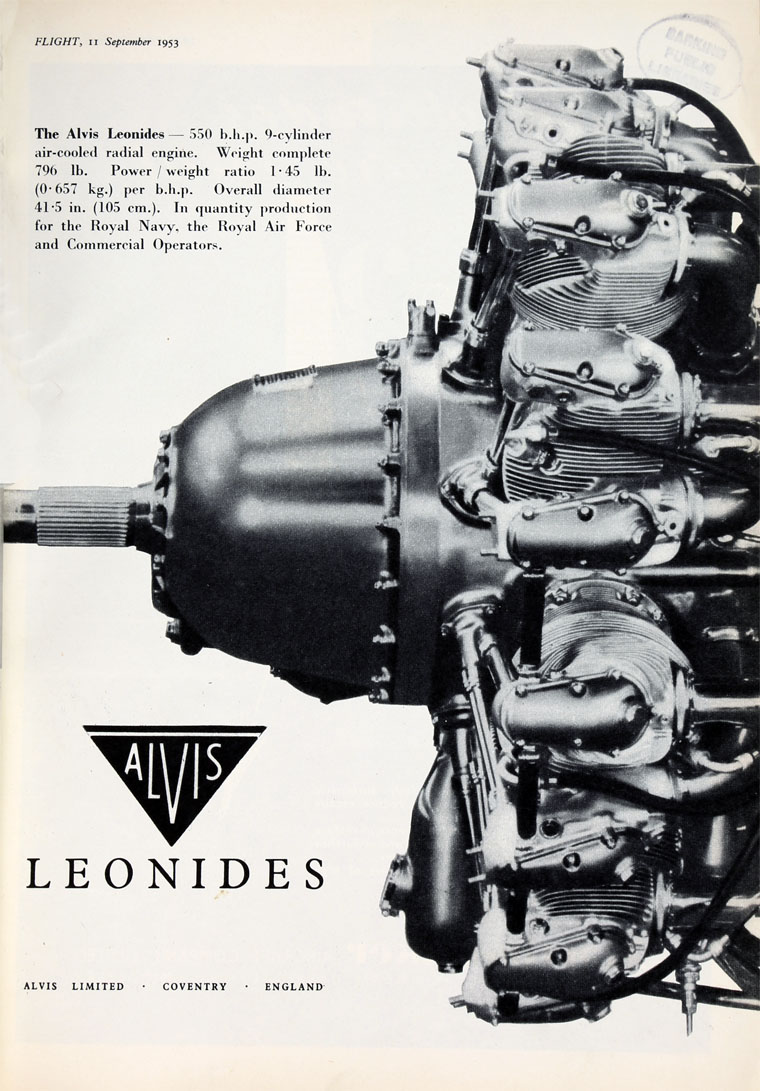 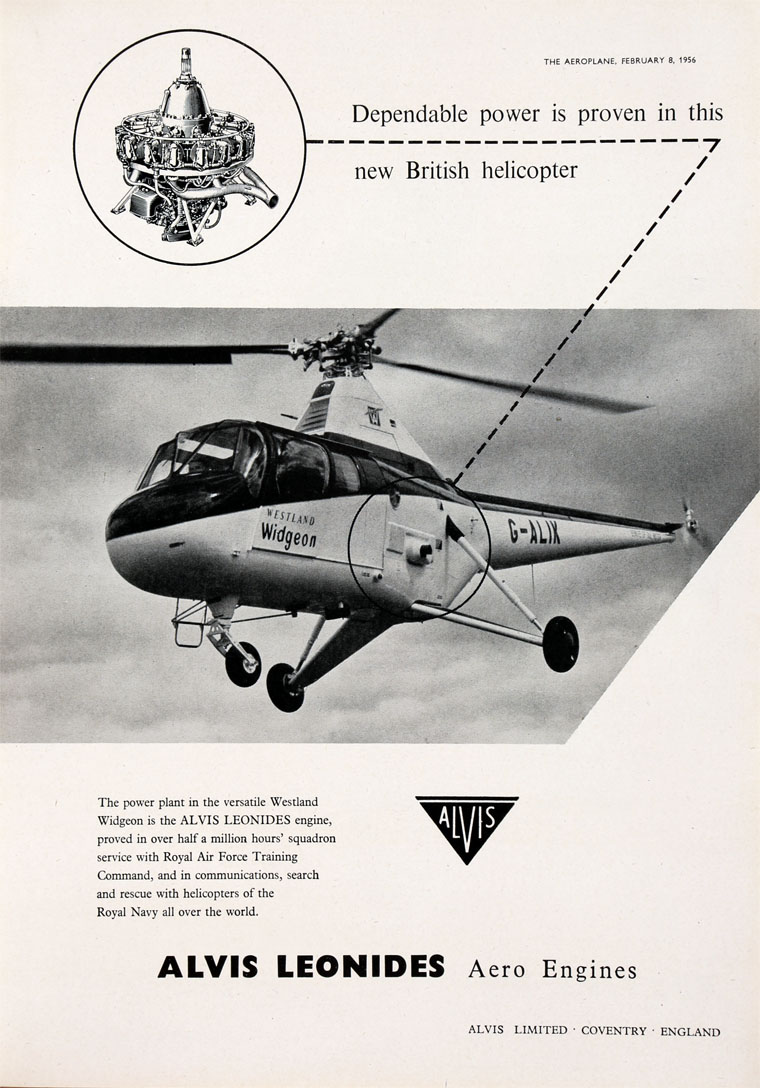 Note: This is a sub-section of Alvis.

1939 The first "Leonides" aero engine flew in a Bristol Bulldog

1957 A high proportion of aircraft flown at the Farnborough display were powered by Alvis engines including those of Bristol Aeroplane Co, Hunting Percival Aircraft Co, Scottish Aviation, Westland Aircraft Co[2]