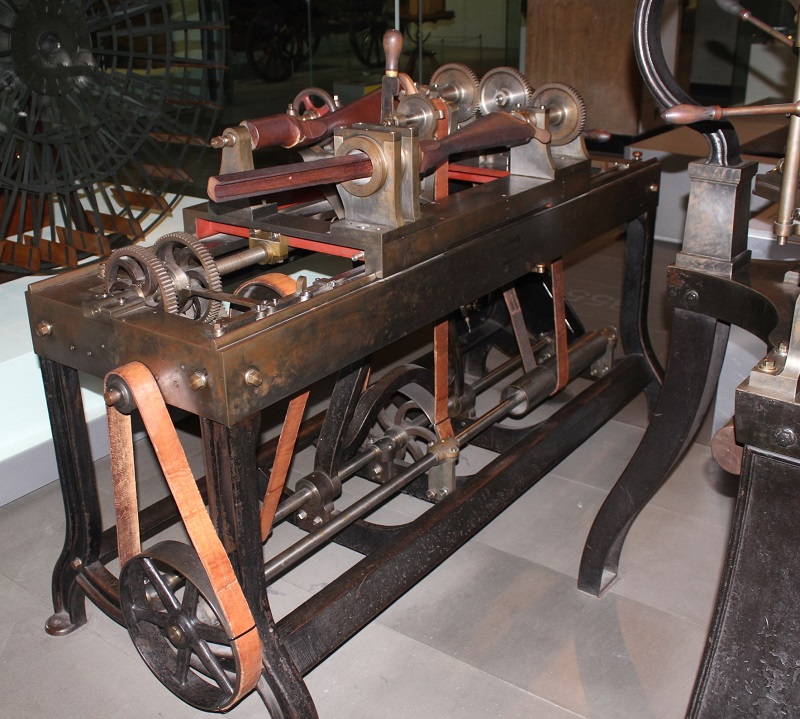 Gunstock copying lathe. The brass rotating cutter holder can be seen at the centre (without its cutter inserts). The red-spoked wheel is of the same diameter as the cutting wheel, and follows the master profile seen on the left. 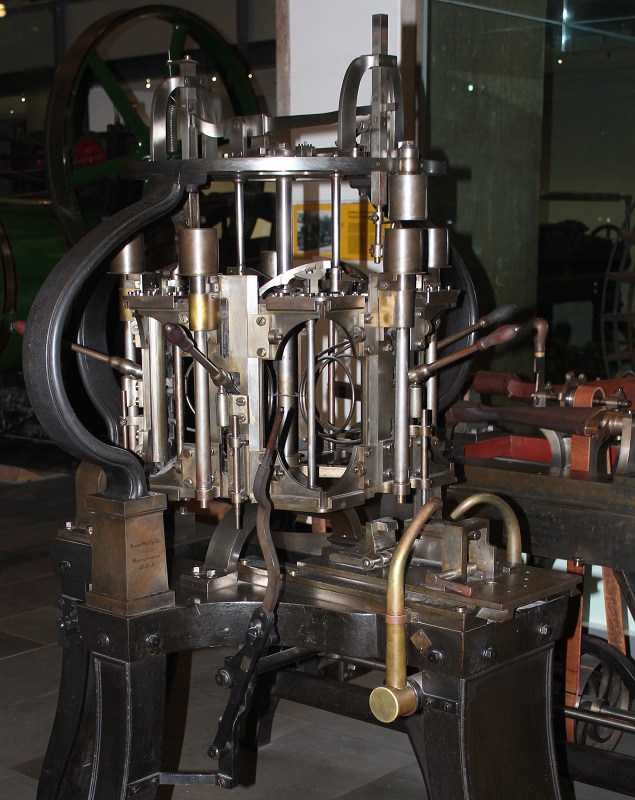 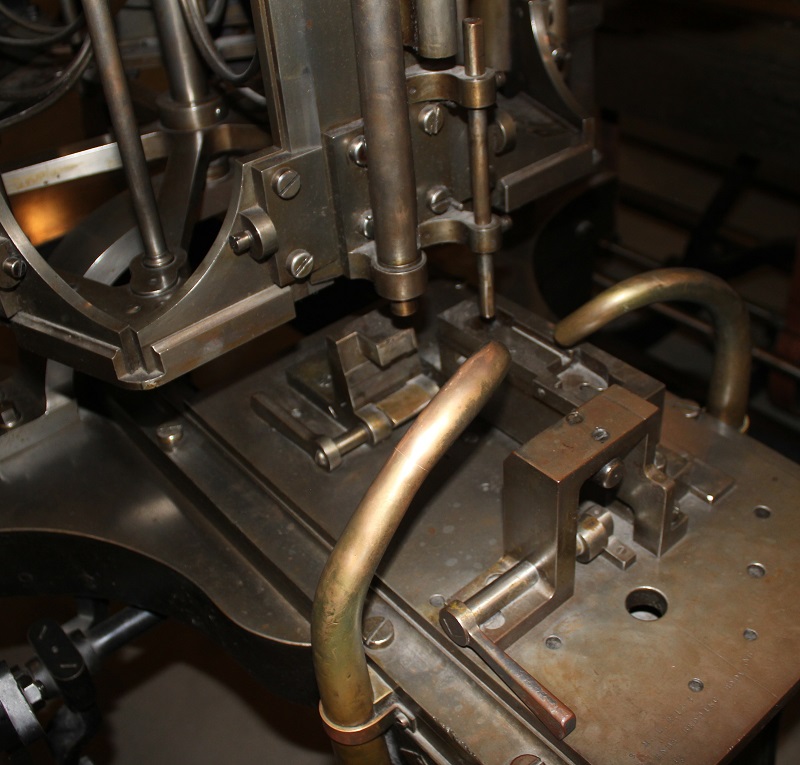 Closer view, showing vertical cutter spindle at centre of photo, with the vertical guide rod to its right, which is manually guided in the master recess seen beneath the copper pipes. The wooden workpiece would be clamped in the jig by the two lever-operated cams.

Began as Ames & Fisher in North Chelmsford, Mass., started by Nathan P. Ames, Senior, in 1791, who made edge tools and mill work using a trip hammer and other machinery. The sshop burned down in 1810, and he moved to Dedham, Mass. For a year or so before returning to the old site. He was joined by his sons Nathan P. Jr and James T. Nathan Jr moved to Chicopee Falls in 1829 and James joined him in 1834, when the Ames Mfg Co was formed. It continued for 60 years and at one time employed over 1000 men. They did extensive US Government business in swords, bayonets, guns, cannon, cavalry goods, etc. They also cast bronze statues, made mill machinery, and produced innovative machine tools.[1]

Two of Ames Mfg Co's machine tools are on display at the Science Museum. They were installed in the Royal Small Arms Factory (Enfield) in 1857. One is a copying lathe, used for shaping wooden gun stocks using a rotating cutter guided by a master profile. The other is a more complex machine for routing the recess for the lock in wooden gun stocks. It has five spindles which can be indexed round after performing each individual operation. It is interesting to compare the machinery with the blockmaking machinery from Portsmouth Block Mills, displayed nearby in the museum.