Grace's Guide is the leading source of historical information on industry and manufacturing in Britain. This web publication contains 144,313 pages of information and 230,176 images on early companies, their products and the people who designed and built them. 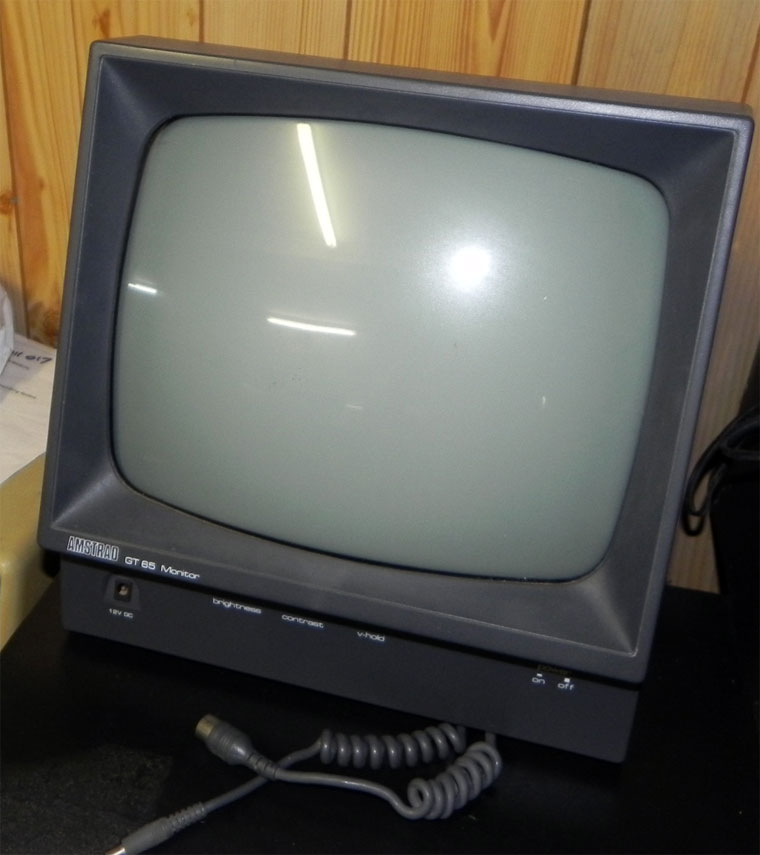 1984 Amstrad began marketing their own home computers in an attempt to capture the market from Commodore and Sinclair, with the Amstrad CPC range. The CPC 464 was launched in the UK, France, Australia, New Zealand, Germany, Spain and Italy. It was followed by the CPC 664 and CPC 6128 models. Later "Plus" variants of the 464 and 6128, launched in 1990, increased their functionality slightly.

In 1985, the Amstrad PCW range was introduced, which were principally word processors, complete with printer, running the LocoScript word processing program. They were also capable of running the CP/M operating system. The Amsoft division of Amstrad was set up to provide in-house software and consumables.

On 7 April 1986 Amstrad announced it had bought from Sinclair Research "...the worldwide rights to sell and manufacture all existing and future Sinclair computers and computer products, together with the Sinclair brand name and those intellectual property rights where they relate to computers and computer related products." which included the ZX Spectrum, for £5 million. This included Sinclair's unsold stock of Sinclair QLs and Spectrums. Amstrad made more than £5 million on selling these surplus machines alone. Amstrad launched two new variants of the Spectrum: the ZX Spectrum +2, based on the ZX Spectrum 128, with a built-in tape drive (like the CPC 464) and, the following year, the ZX Spectrum +3, with a built-in floppy disk drive (similar to the CPC 664 and 6128), taking the 3" disks that many Amstrad machines used.

1986 The company produced a range of affordable MS-DOS-based, but with the GEM graphics interface, and later Windows-based personal computers, the first of which was the PC1512, priced at £399. It was a success, capturing more than 25% of the European computer market.

In 1988 Amstrad attempted to make the first affordable portable personal computer with the PPC512 and 640 models, introduced a year before the Macintosh Portable. They ran MS-DOS on an 8 MHz processor, and the built-in screen could emulate the Monochrome Display Adapter or Color Graphics Adapter.

1989 Amstrad's second generation of PCs, the PC2000 series, were launched but due to a problem with the Seagate ST277R hard disk shipped with the PC2386 model, these had to be recalled and fitted with Western Digital controllers. Amstrad later successfully sued Seagate, but following bad press over the hard disk problems, Amstrad lost its lead in the European PC market.

In the early 1990s, Amstrad began to focus on portable computers rather than desktop computers. In 1990, Amstrad tried to enter the video game console market with the Amstrad GX4000 based on the Amstrad 464 Plus hardware. It was a commercial failure, as it used 8-bit technology unlike the 16-bit Mega Drive and Super Nintendo.

In 1993, Amstrad was licenced by Sega to produce a system which was similar to the Sega TeraDrive, going by the name of the Amstrad Mega PC, to try to regain their image in the gaming market. The system didn't succeed as well as expected, mostly due to its high initial retail price of £599. In that same year, Amstrad released the PenPad, a PDA similar to the Apple Newton, and released only weeks before it. It was a commercial failure, and had several technical and usability problems. It lacked most features that the Apple Newton included, but had a lower price at $450.

As Amstrad began to concentrate less on computers and more in communication, they purchased several telecommunications businesses including Betacom, Dancall Telecom, Viglen Computers and Dataflex Design Communications during the early 1990s. Amstrad has been a major supplier of set top boxes to UK satellite TV provider Sky since its launch in 1989. Amstrad was key to the introduction of Sky, as it was the only manufacturer producing receiver boxes and dishes at the system's launch, and has continued to manufacture set top boxes for Sky, from analogue to digital and now including Sky's Sky+ digital video recorder.

In 1997, Amstrad PLC was wound up, its shares being split into Viglen and Betacom instead. Betacom PLC was then renamed Amstrad PLC.

In 2000, Amstrad released the first of its combined telephony and e-mail devices, called the E-m@iler. This was followed by the E-m@iler Plus in 2002, and the E3 Videophone in 2004. Amstrad’s UK E-m@iler business is operated through a separate company, Amserve Ltd which is 89.8% owned by Amstrad and 10.2% owned by DSG International plc (formerly Dixons plc).

Amstrad has also produced a variety of home entertainment products over their history, including hi-fi, televisions, VCRs, and DVD players.

In July 2007, BSkyB announced a takeover of Amstrad for £125m, a 23.7% premium on its market capitalisation. BSkyB had been a major client of Amstrad, accounting for 75% of sales for its 'set top box' business. Having supplied BSkyB with hardware since its inception in 1988, market analysts had noted the two companies becoming increasingly close in recent years.