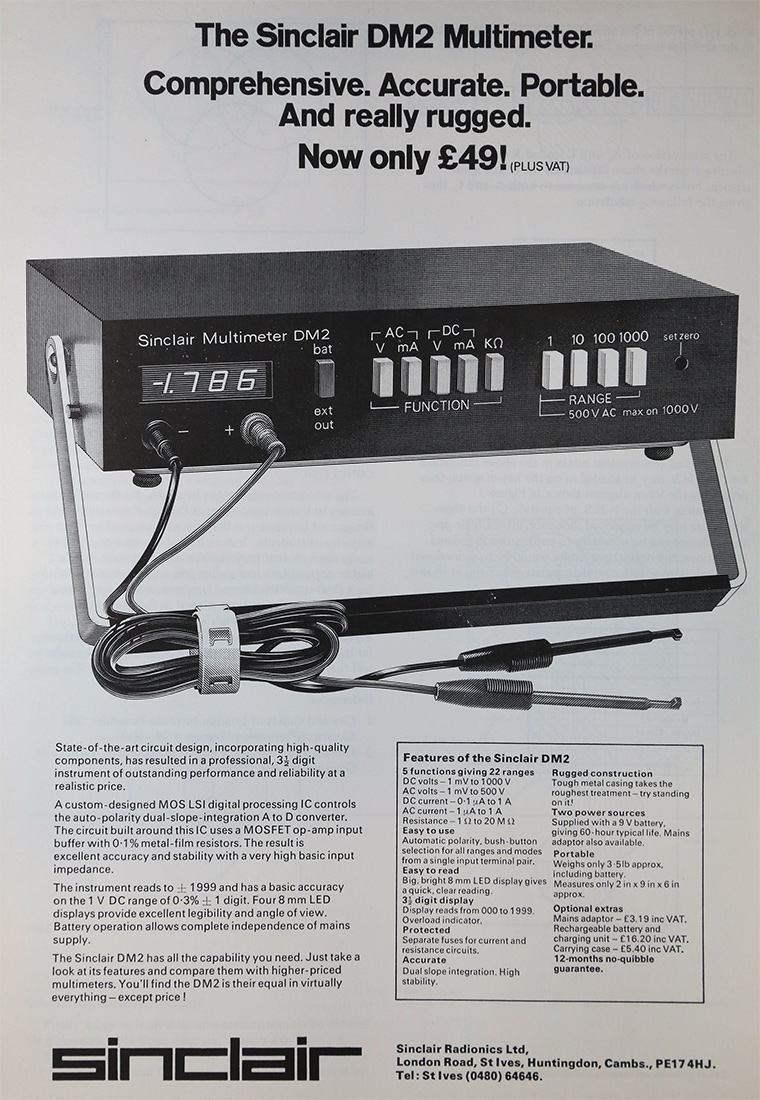 1963 Company set up by Clive Sinclair at the age of 22; produced DIY radio kits (a radio in a matchbox) for sale by mail order[1]

1972 Launched small, pocket electronic calculator, the Executive, with much reduced power consumption compared with other calculators based on the Texas Instruments integrated circuit.

1973 Launched the "smallest electronic calculator" in the USA. Planned to launch a small television and a digital watch. The company had 70 employees.

1974 Developing and selling pocket calculators. The Sinclair pocket calculator - the Scientific - was the first twelve-function calculator to incorporate a single chip, produced by Texas Instruments. Retailed at £49. [2] Making 30,000 calculator per month at the converted mill at St Ives[3]

1975 Queens Award for Export, and for Technology. Launch of the Black Watch but this was not a success

1976 The National Enterprise Board agreed to fund development of a small (2inch/50mm) pocket television[4], injecting funds and acquiring 43 percent of the company.

Late 1970s started another computer development, NewBrain; when Sinclair Research was established to develop the ZX80 microcomputer, the NewBrain project was transferred to Newbury Laboratories, a subsidiary of the National Enterprise Board[6]

1979 The NEB sold the television and calculator products to Binatone