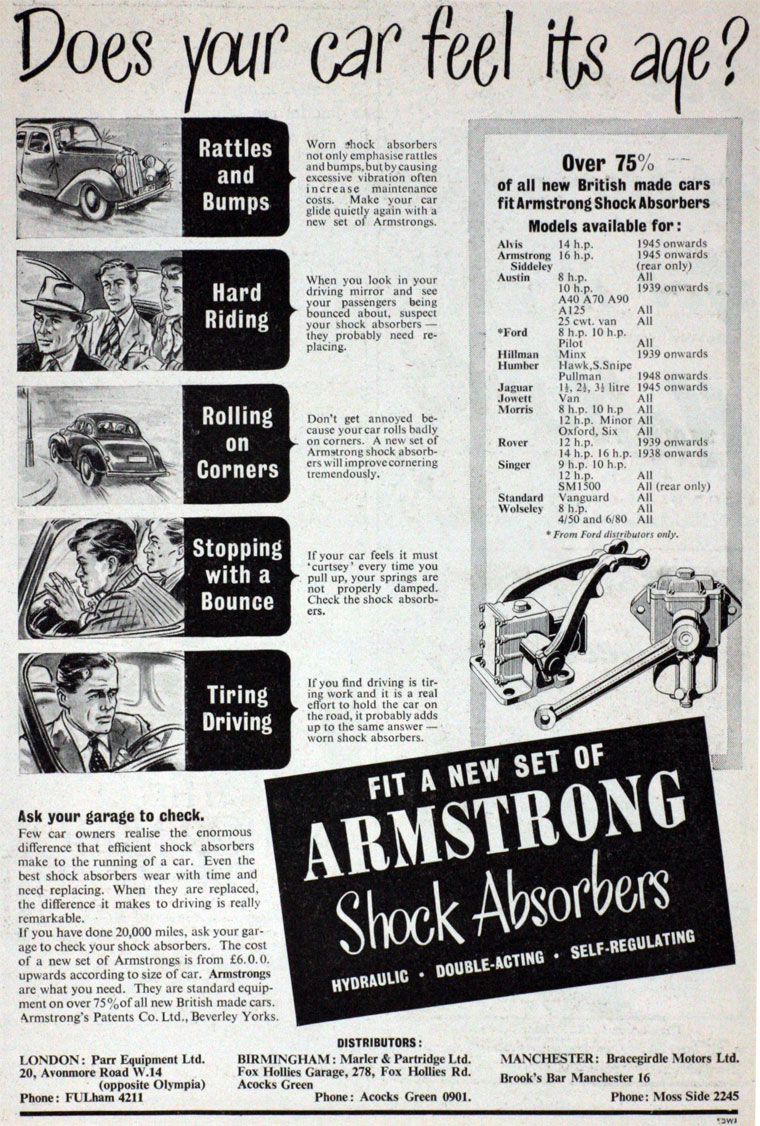 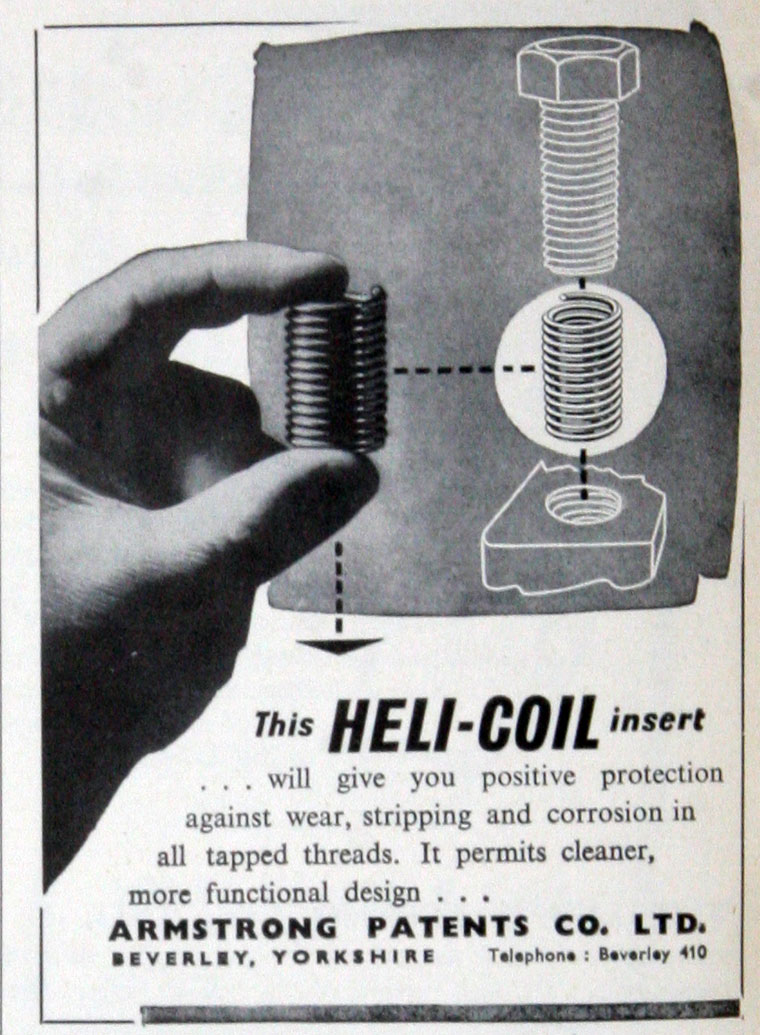 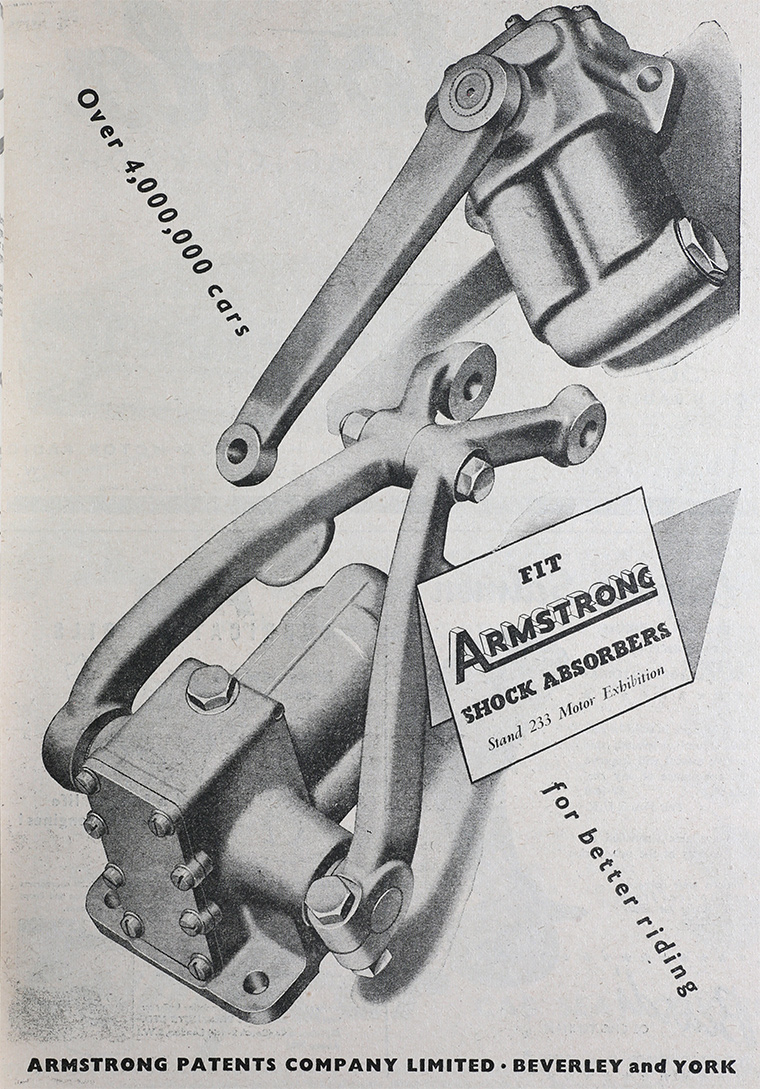 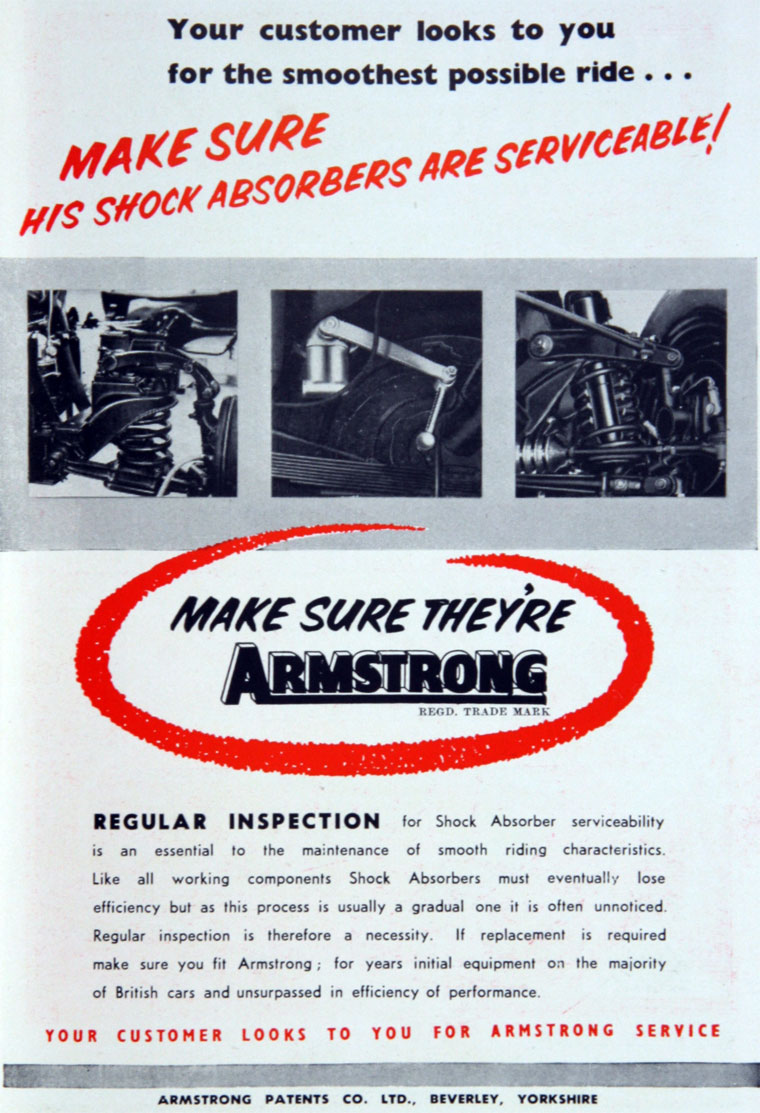 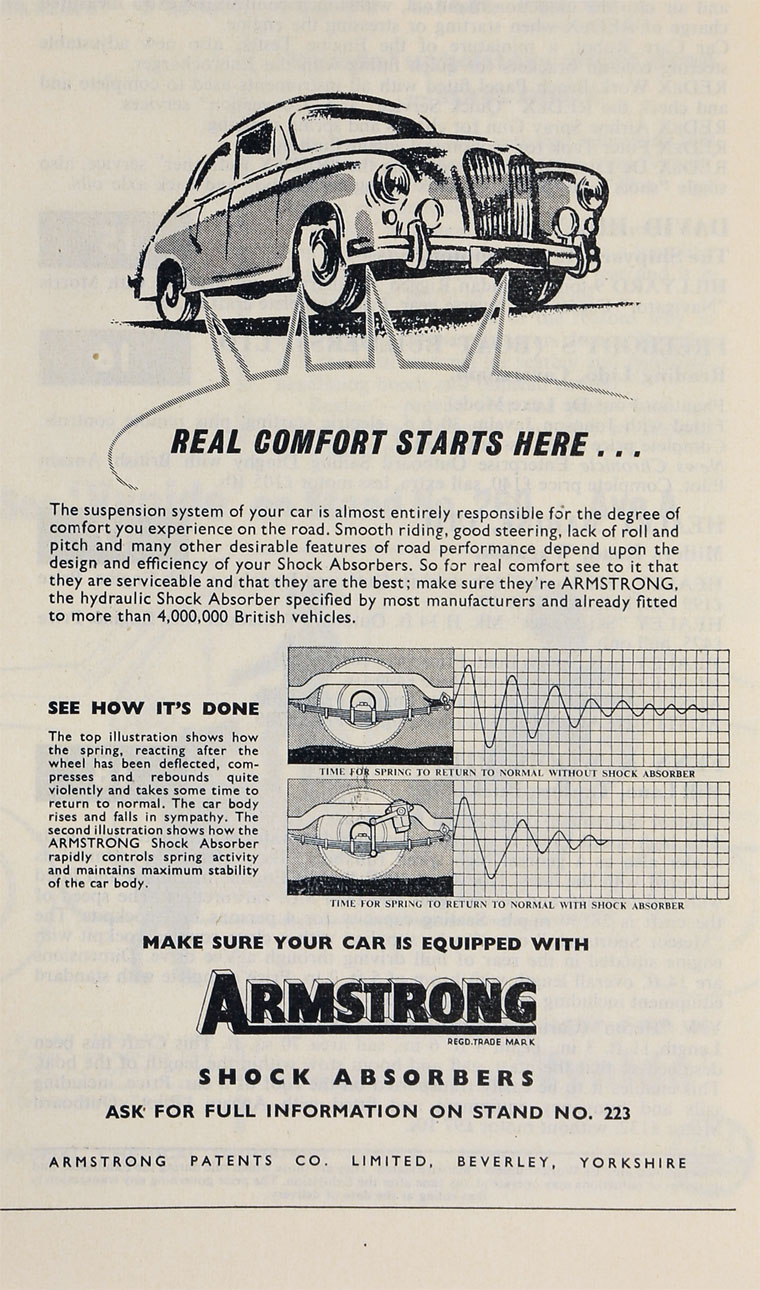 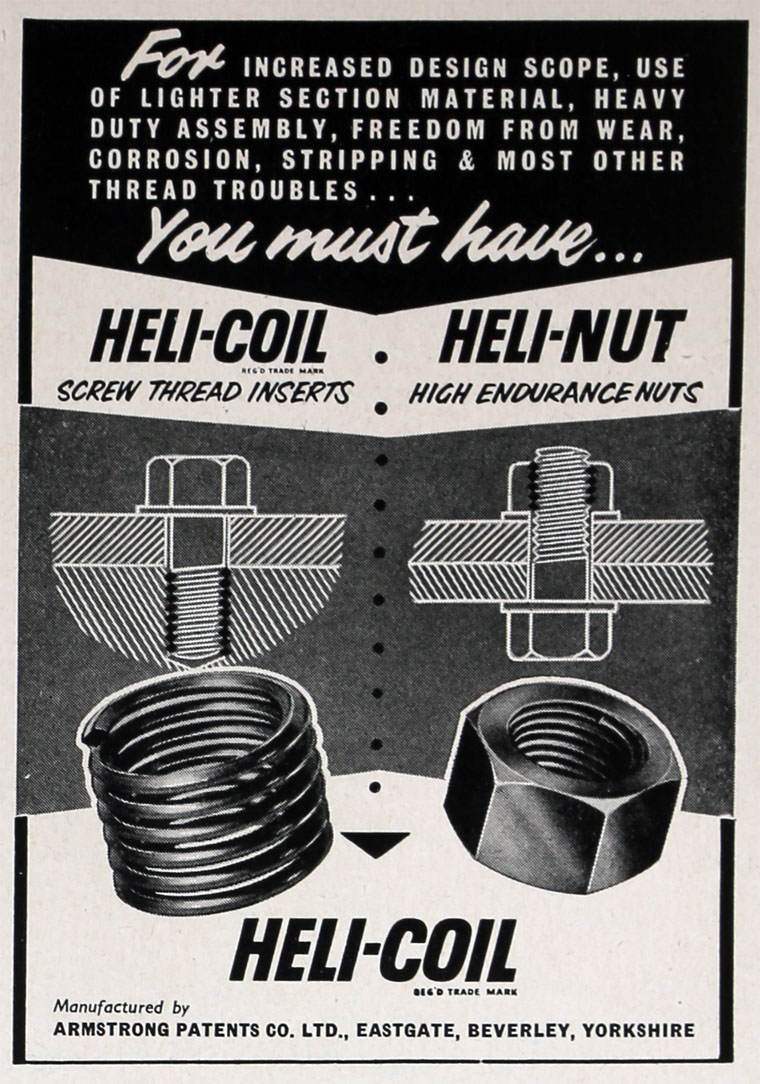 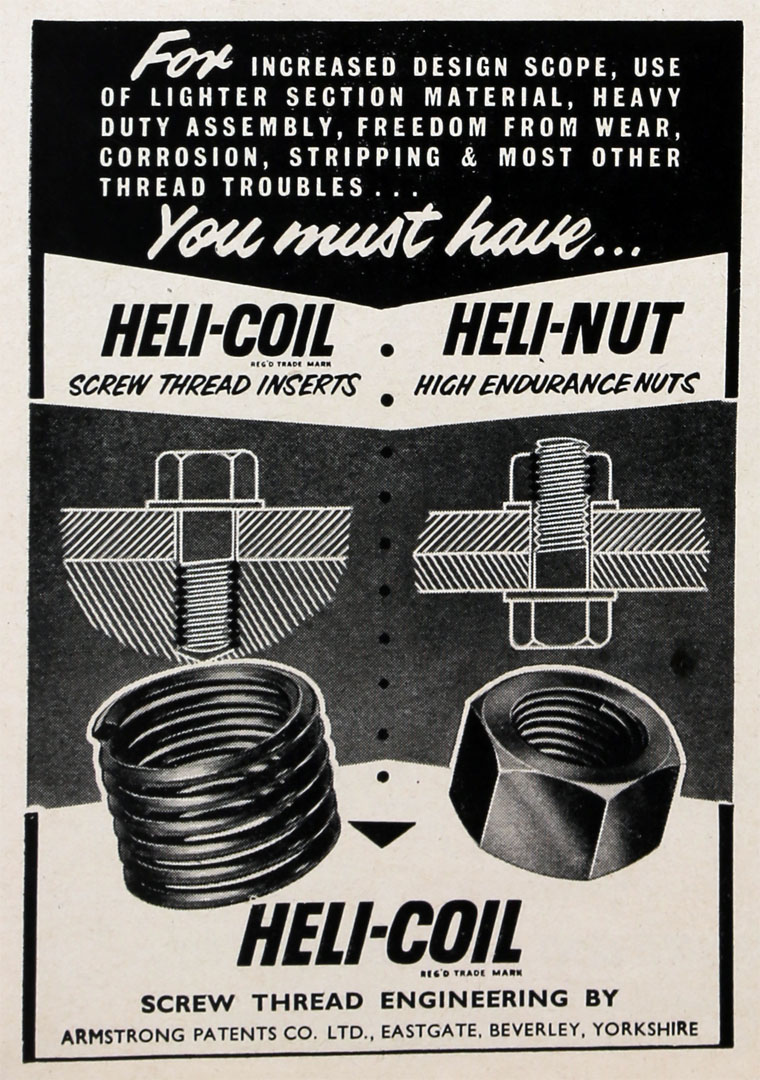 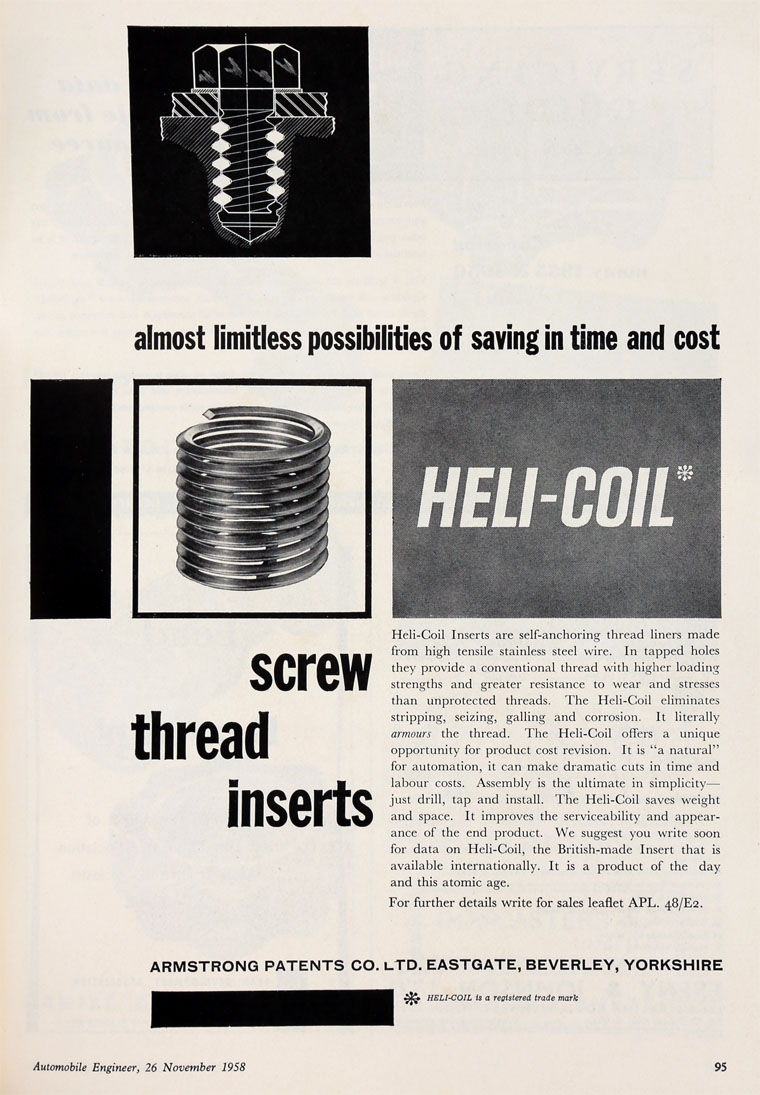 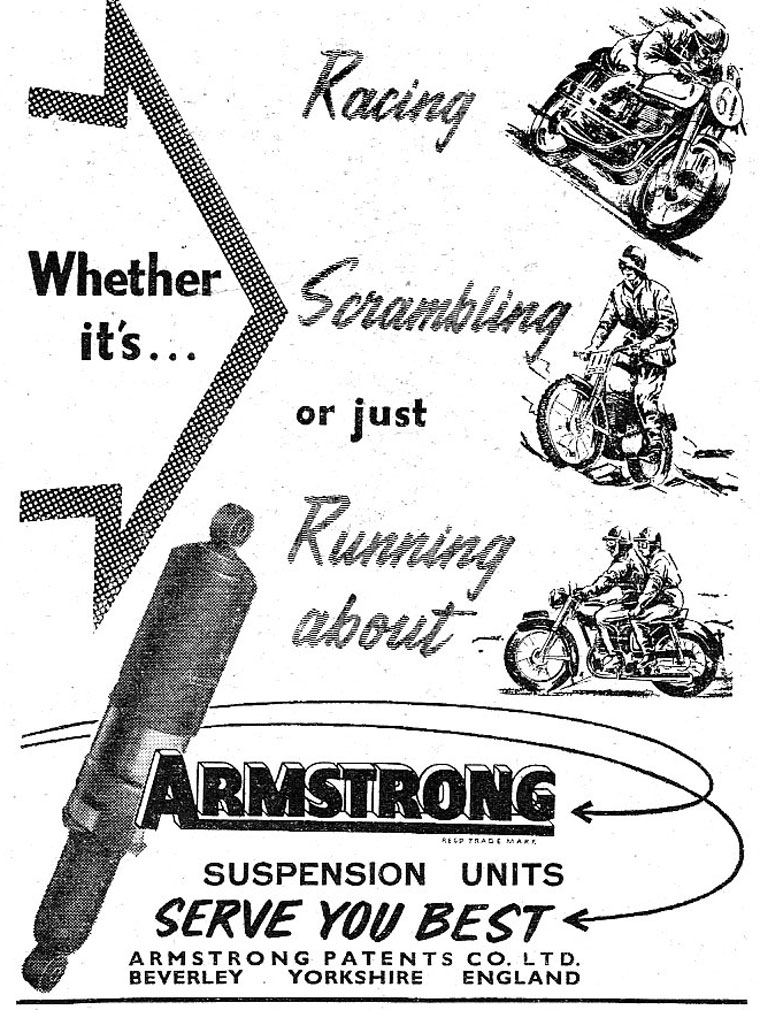 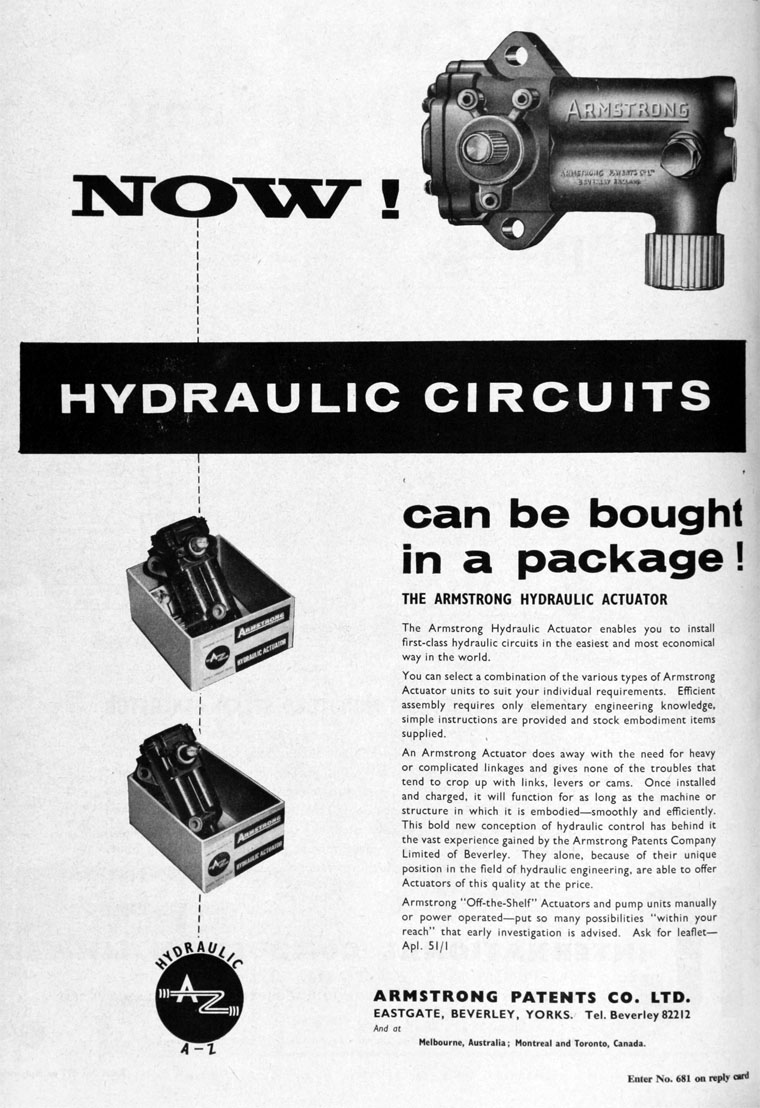 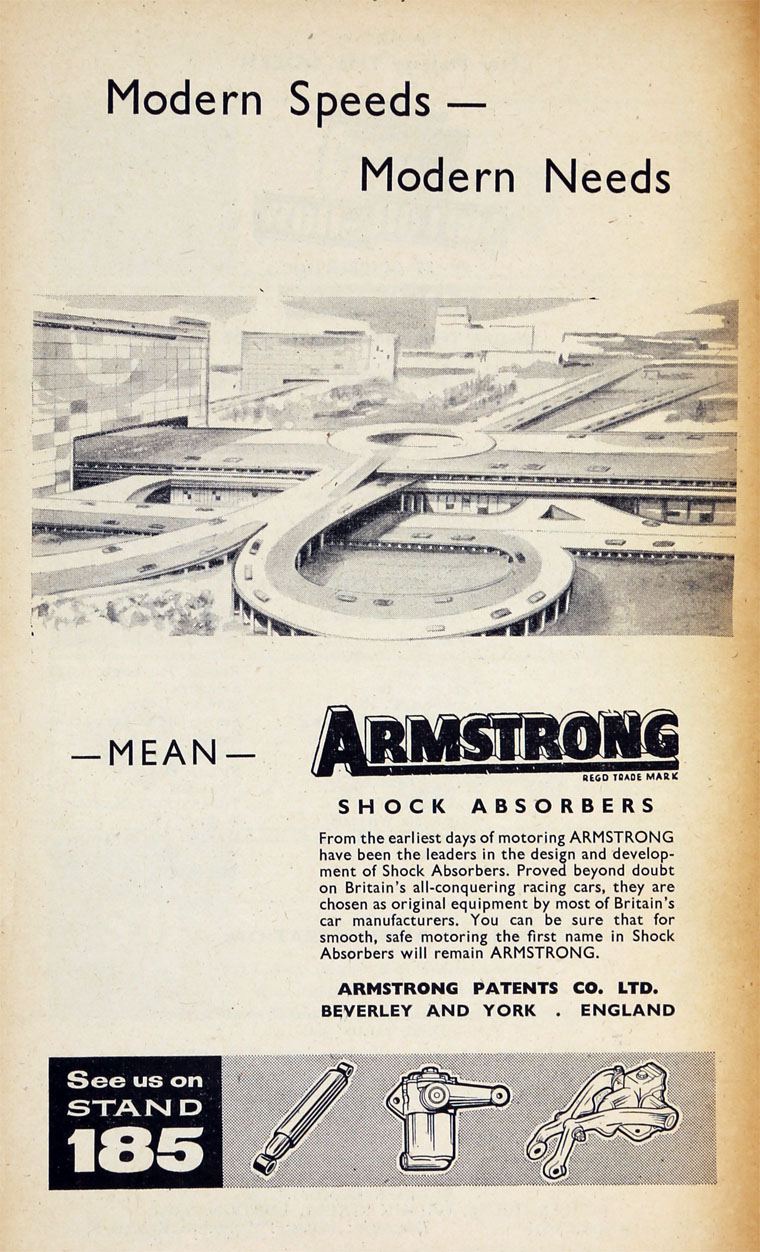 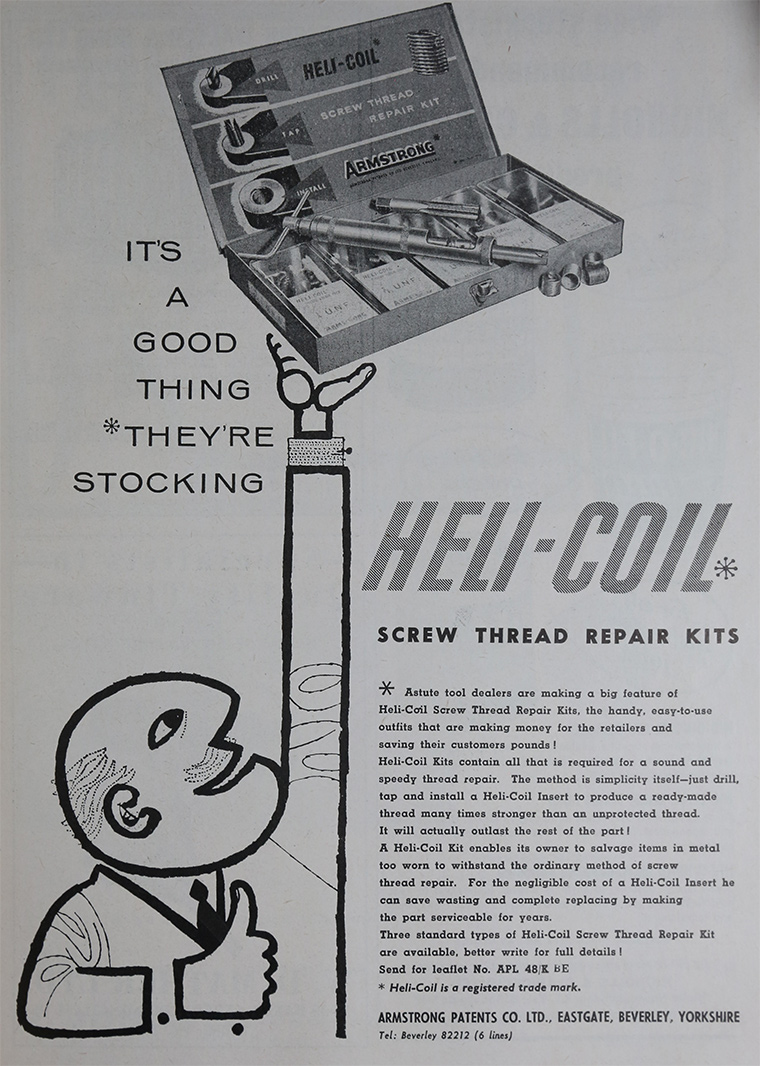 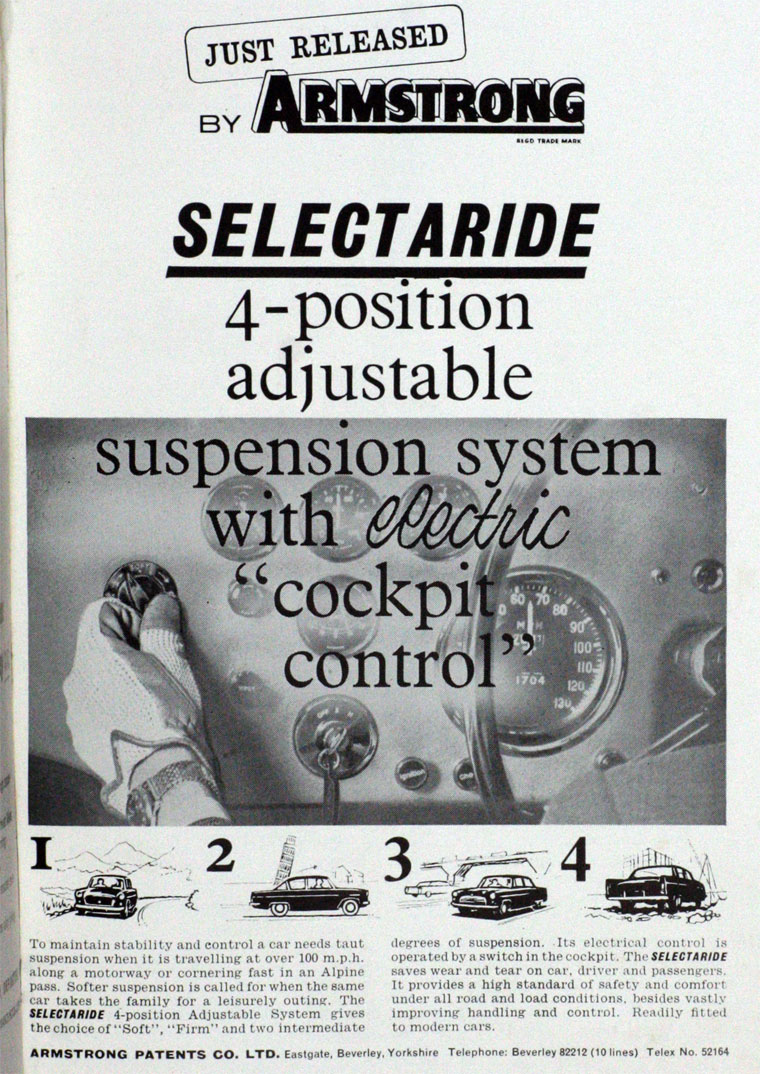 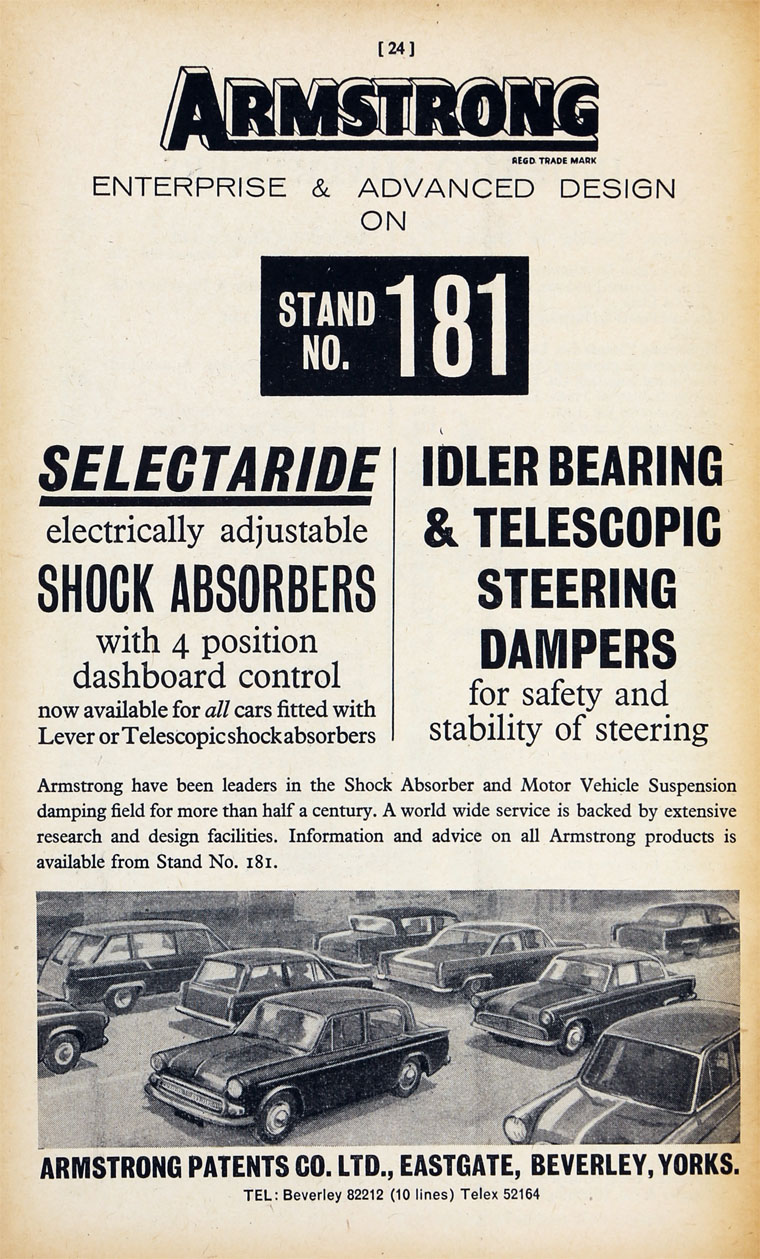 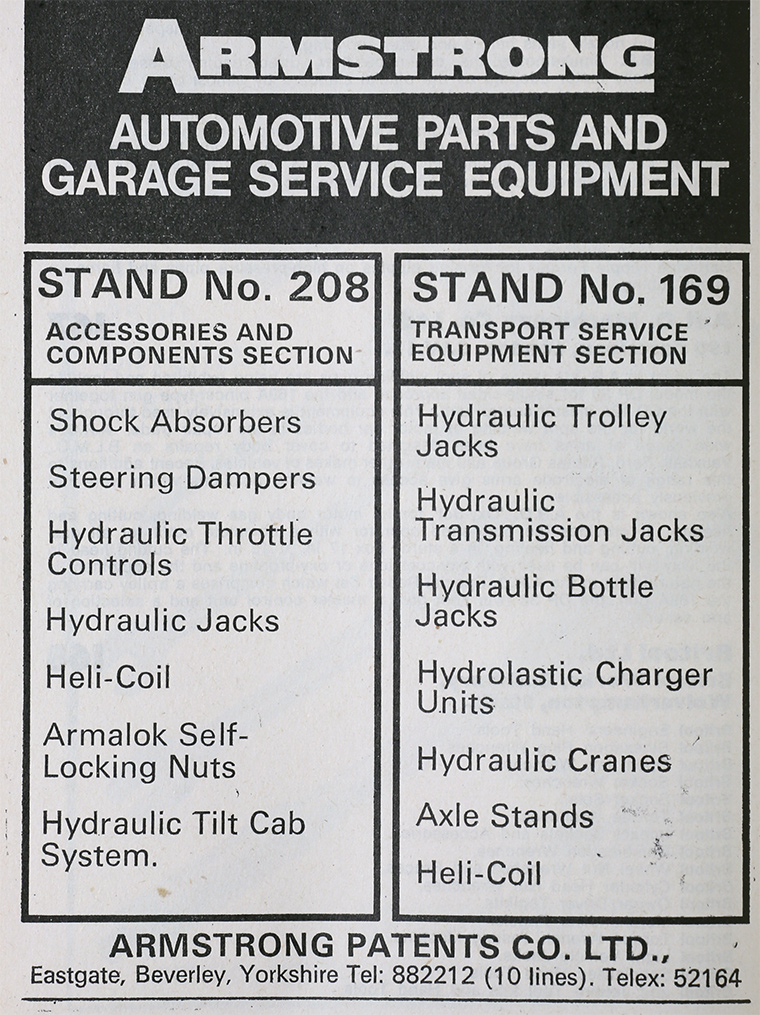 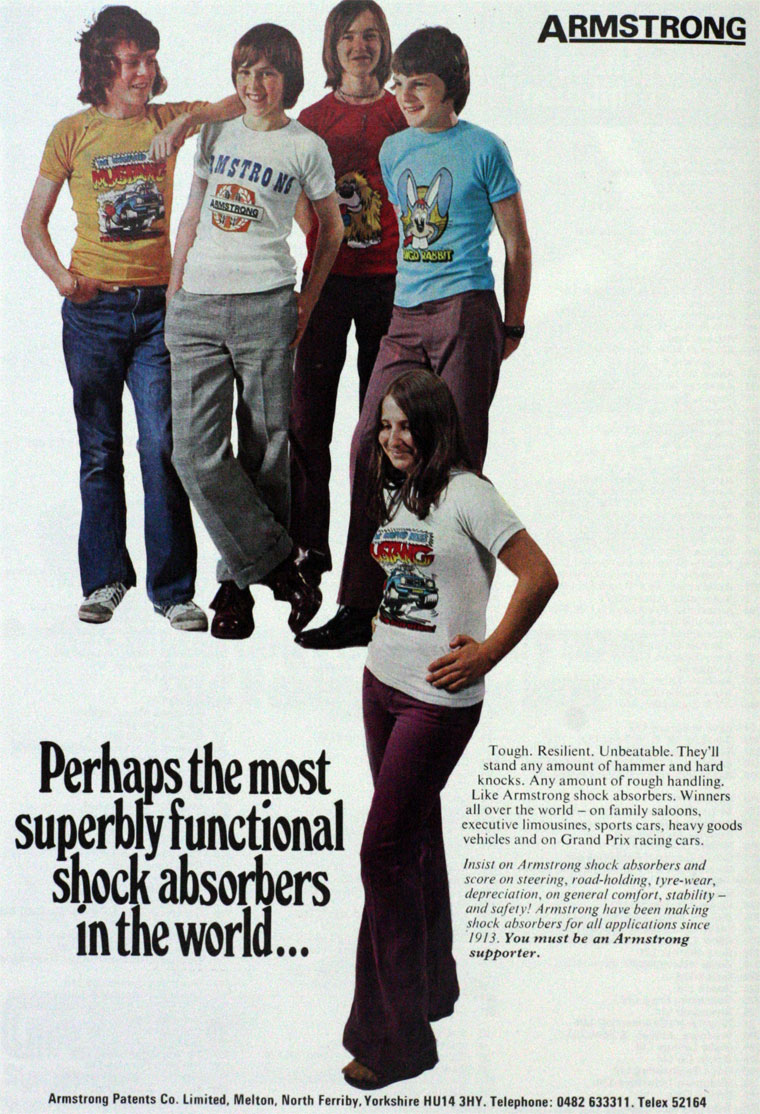 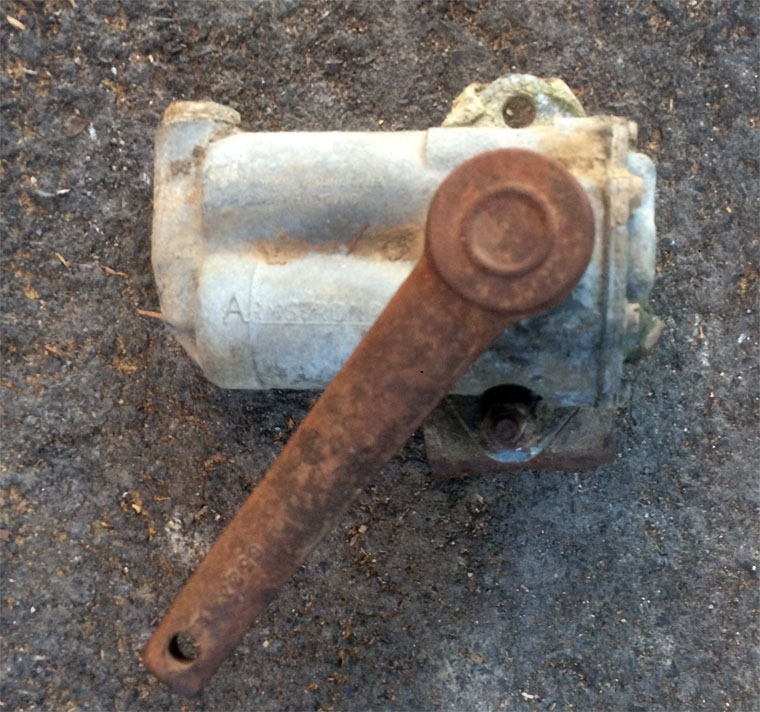 Lever arm damper or double parallel-piston damper. This one is for a British Leyland Vehicle probably an Austin Allegro or Morris Marina; Australia.

1945 Son William took over the company, establishing a research and development department in Fulford

1949 Manufacture a new type of suspension unit for Ford cars

1986 Armstrongs was making replacement exhausts for cars; the company won an appeal to the Law Lords against BL to be allowed to make such exhausts without payment of royalty to BL.[5]