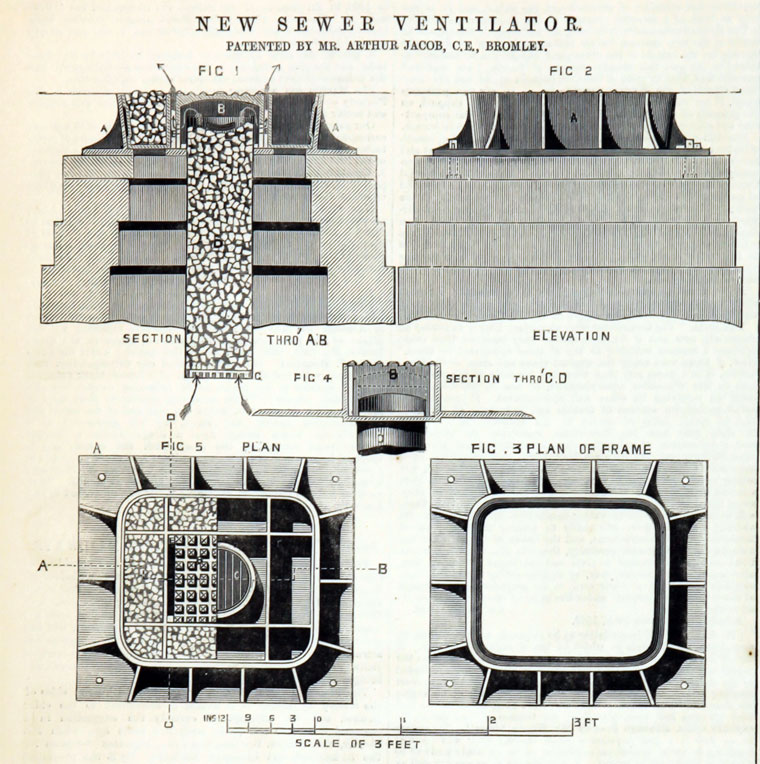 ARTHUR JACOB, son of Dr. Jacob, a well-known oculist, was born near Dublin on the 4th of July, 1831.

In 1855 he graduated Bachelor of Arts at Trinity College, Dublin, and in the following year obtained the diploma of the Engineering School.

He then entered the service of the Bombay Public Works Department as an Assistant Engineer, and until June, 1859, was in charge of the Belgaum and Goa Military Road Works.

From April, 1860, to December, 1861, he was engaged on the Krishna Irrigation Surveys, and in October, 1862, he was appointed Executive Engineer for Irrigation, which post he held for two years.

During that time he carried out independently the Rewarree Irrigation Works and the greater part of the Krishna Irrigation Head Works and Dams.

In November, 1864, private reasons induced him to resign the service and to return to England. From January, 1866, to June, 1867, Mr. Jacob was employed by Mr. Baldwin Latham, as principal assistant on the Croydon Drainage and Water Works. He was then for five years Engineer to the Local Board of Health of Bromley, Kent, during which time he carried out the main drainage of a portion of that district.

In 1871 he contributed to the Institution a useful Paper, entitled “The Treatment of Town Sewage,” for which he was awarded a Telford Premium. Mr. Jacob’s next appointment was that of Engineer to the Corporation of Barrow-in-Furness, which post he held from March, 1872, until 1877. During those five years he reconstructed the main drainage and carried out other extensive public improvements, the expenditure on works executed directly under his charge amounting to about £20,000 per annum.

A wider scope was now afforded for Mr. Jacob’s energy. In 1877 he obtained, by competition, the post of Engineer to the Corporation of Salford. In that capacity he carried out during the next fourteen years sewage disposal works on a large scale, including the laying out and development of sewage-farms, which involved extensive pumping apparatus and heavy drainage. He was also responsible for the construction of two iron bridges across the river Irwell, was frequently consulted as to drainage schemes, and assisted in various arbitration cases. In 1891 failing health compelled him to resign the service of the Salford Corporation. After four years of retirement he died at Clapham on the 7th of February, 1895. As to his professional ability sufficient indication has been furnished by the foregoing sketch.

In private life he was quiet and reserved, but always kind and considerate to those around him. Mr. Jacob was elected an Associate on the 6th of December, 1864, and was transferred to the class of Member on the 21st of December, 1875.