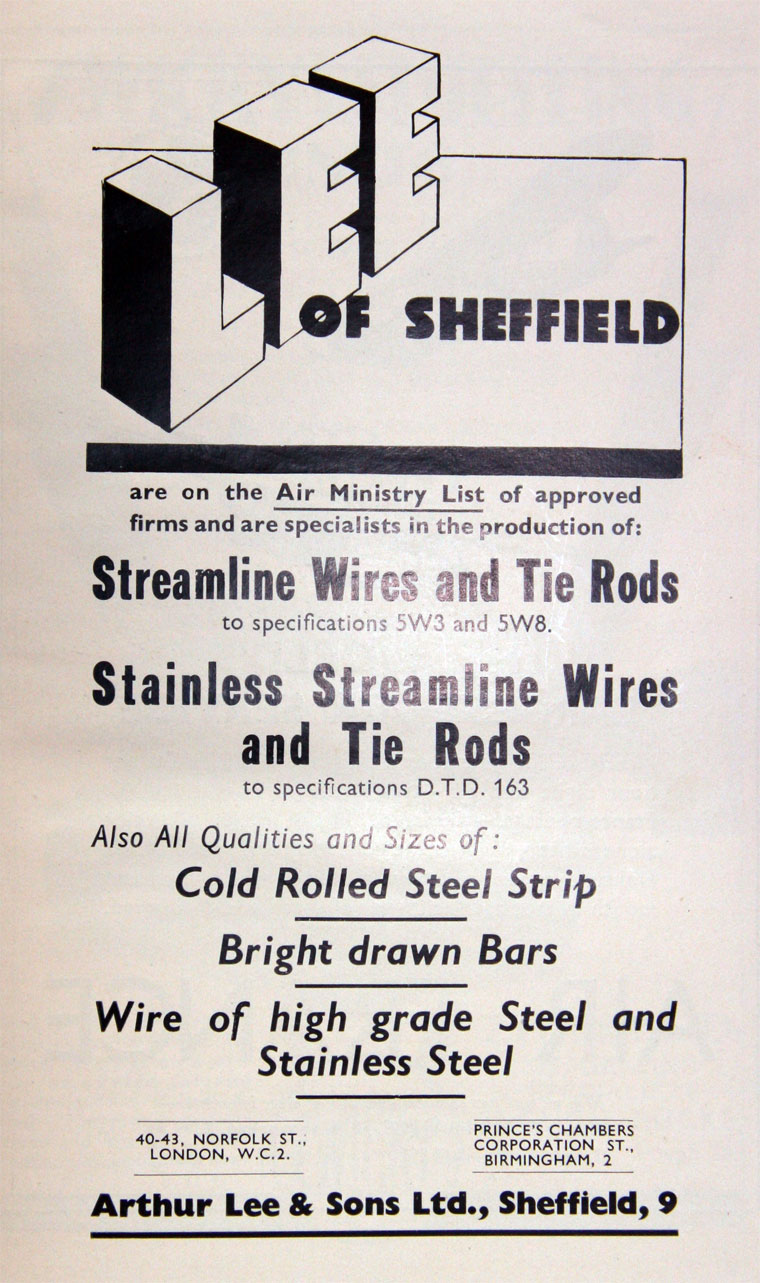 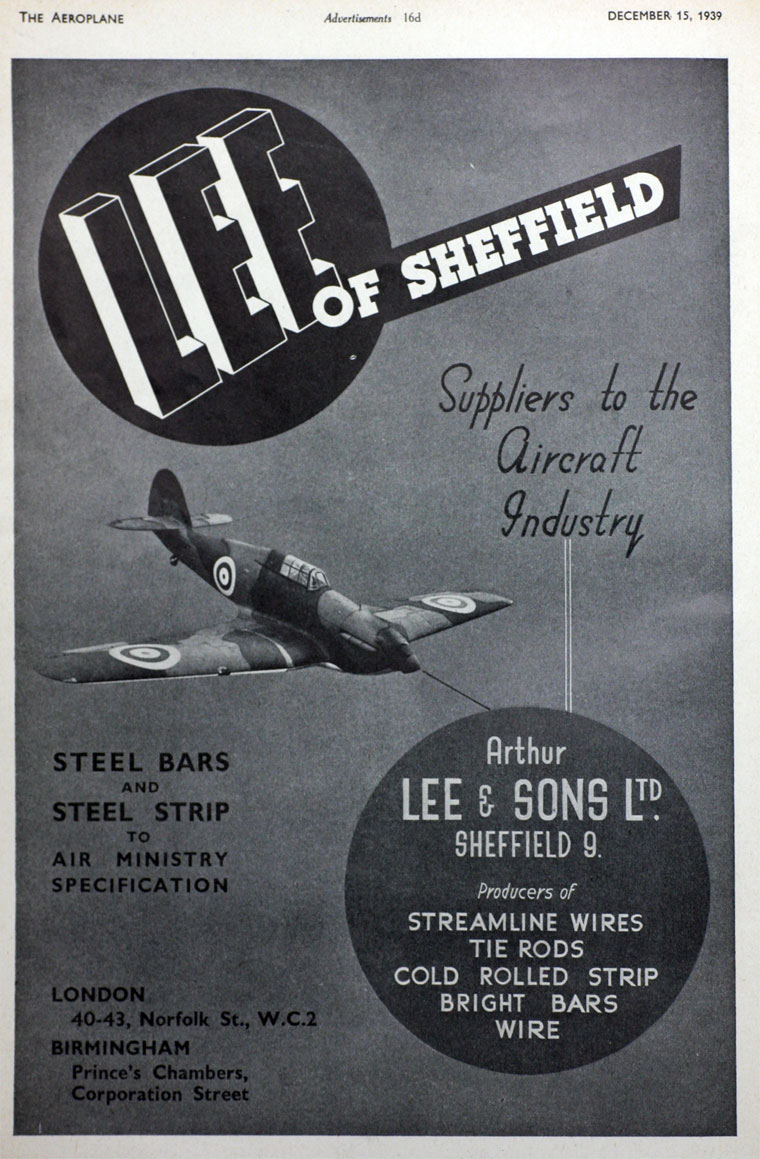 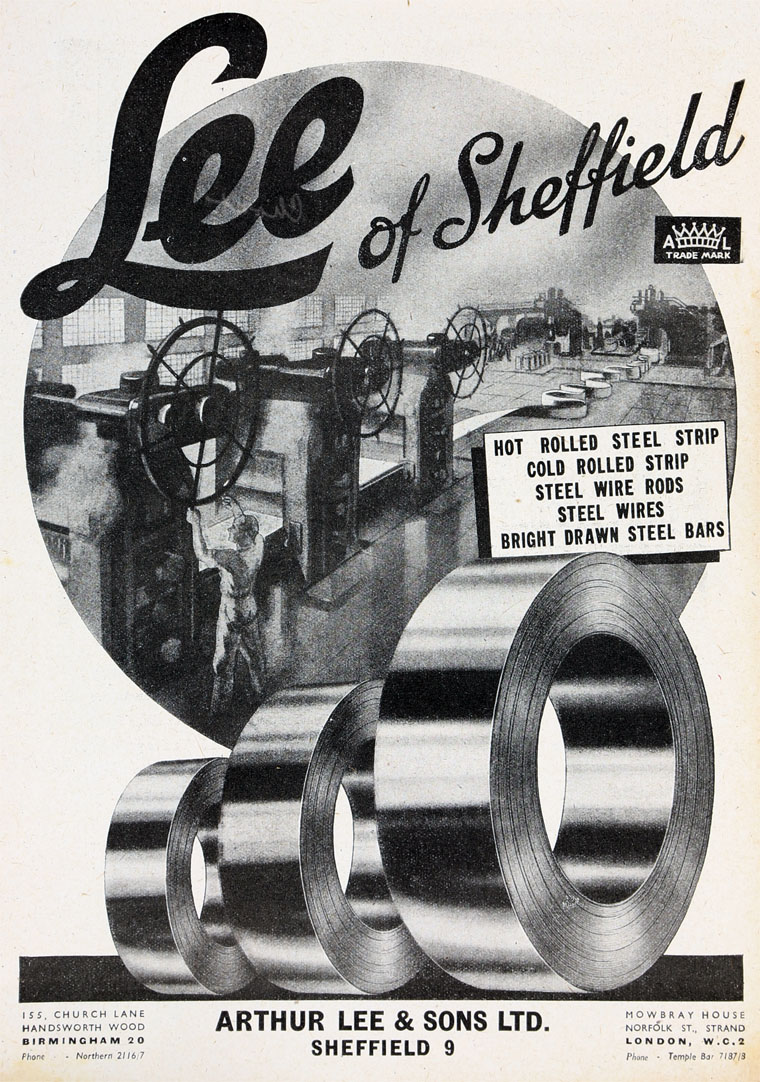 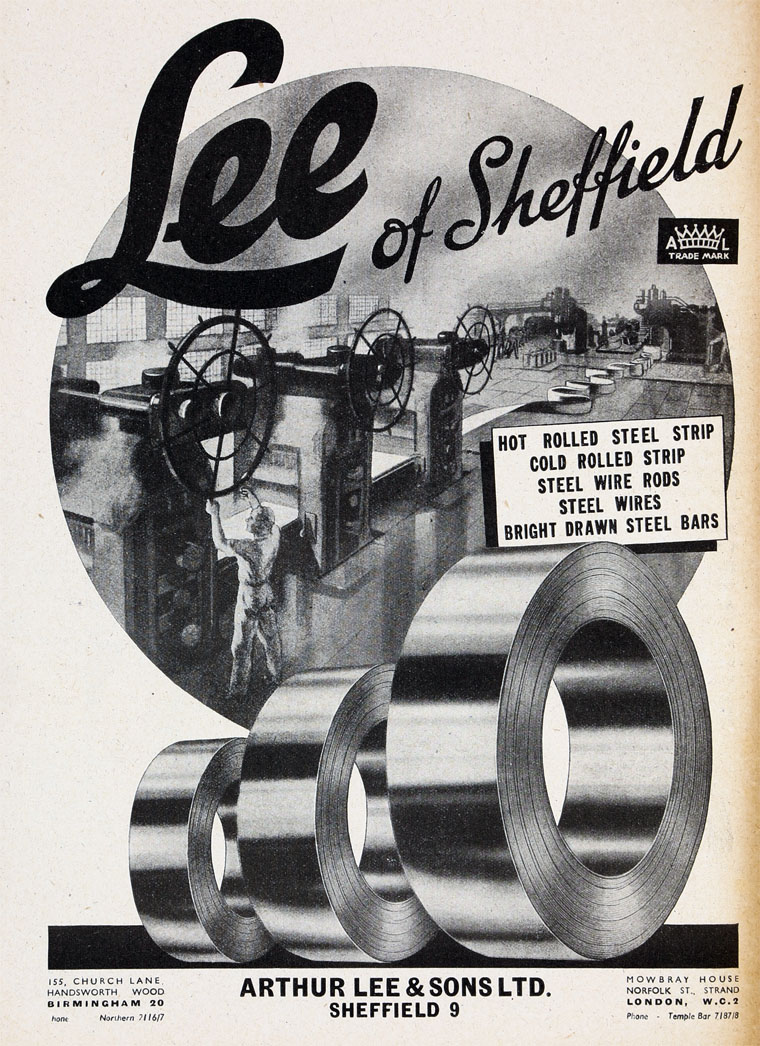 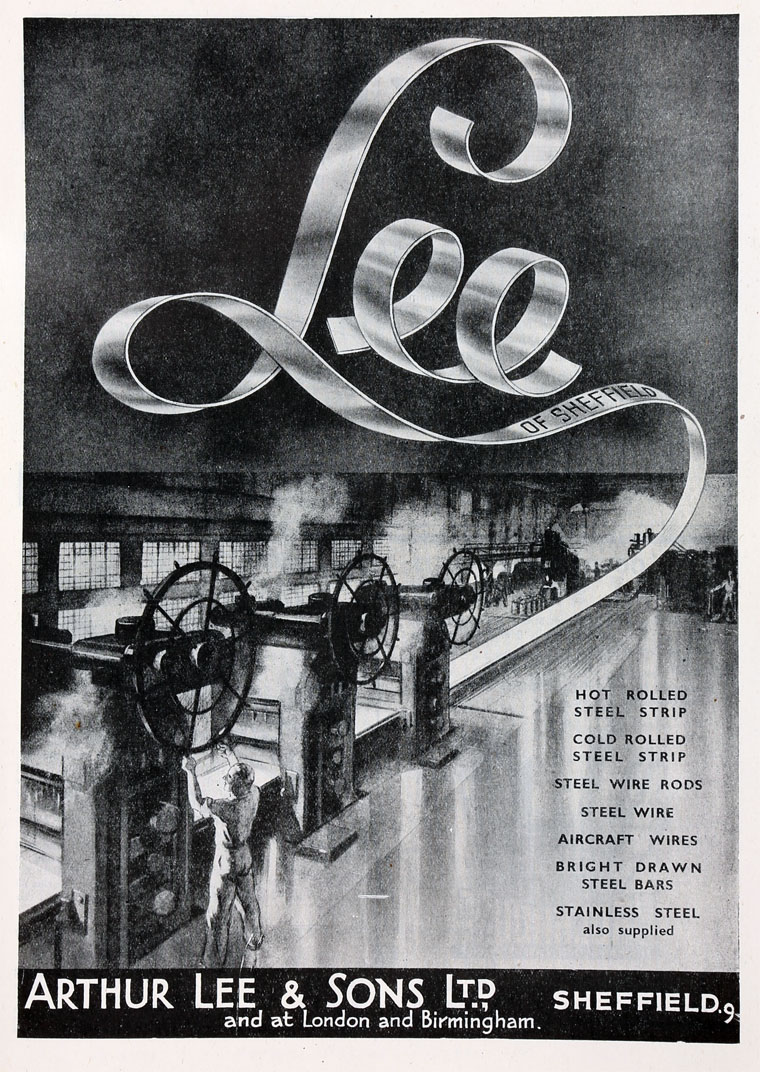 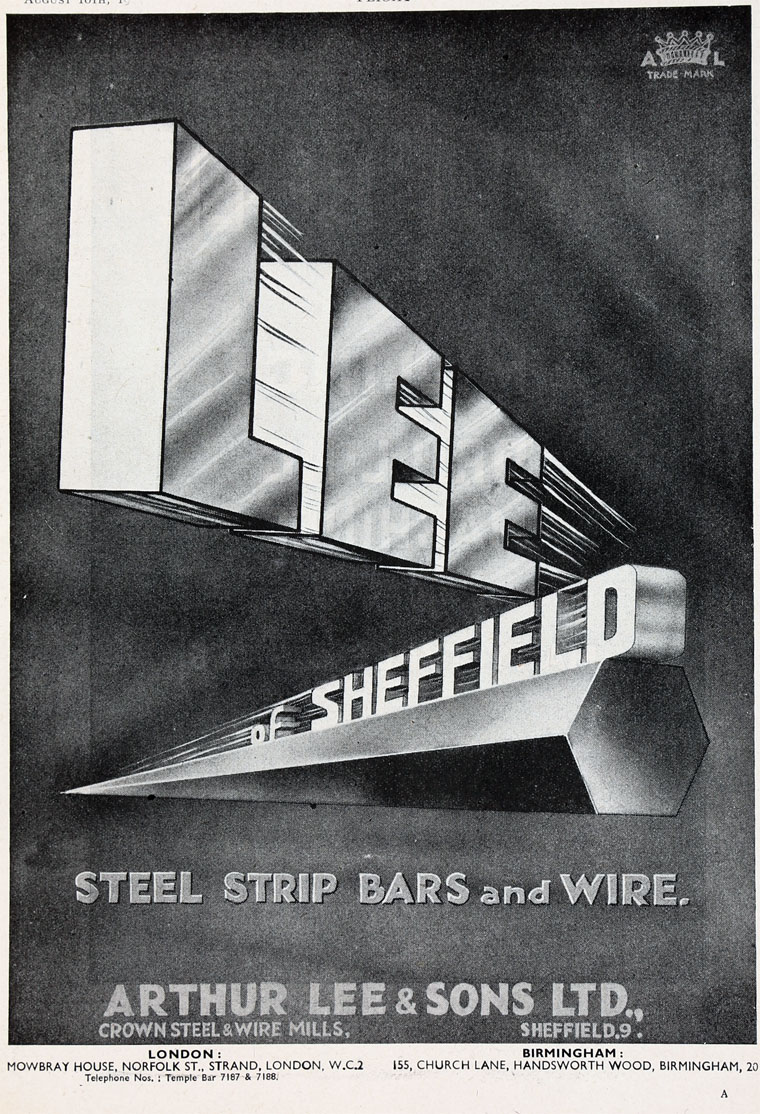 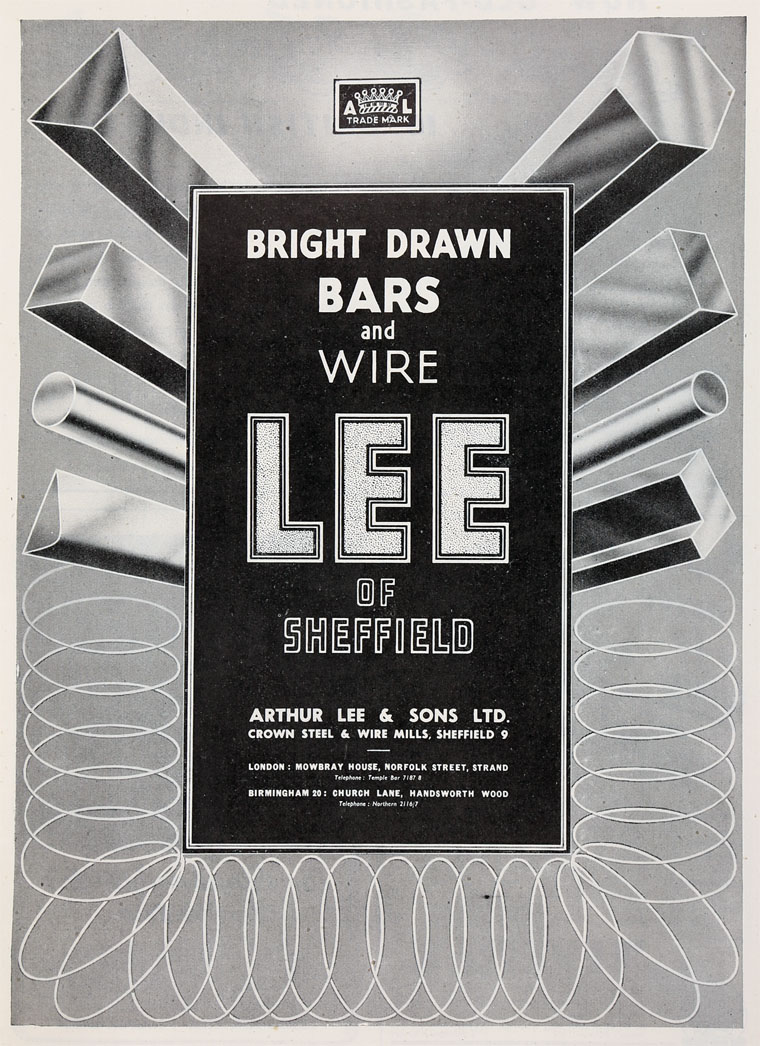 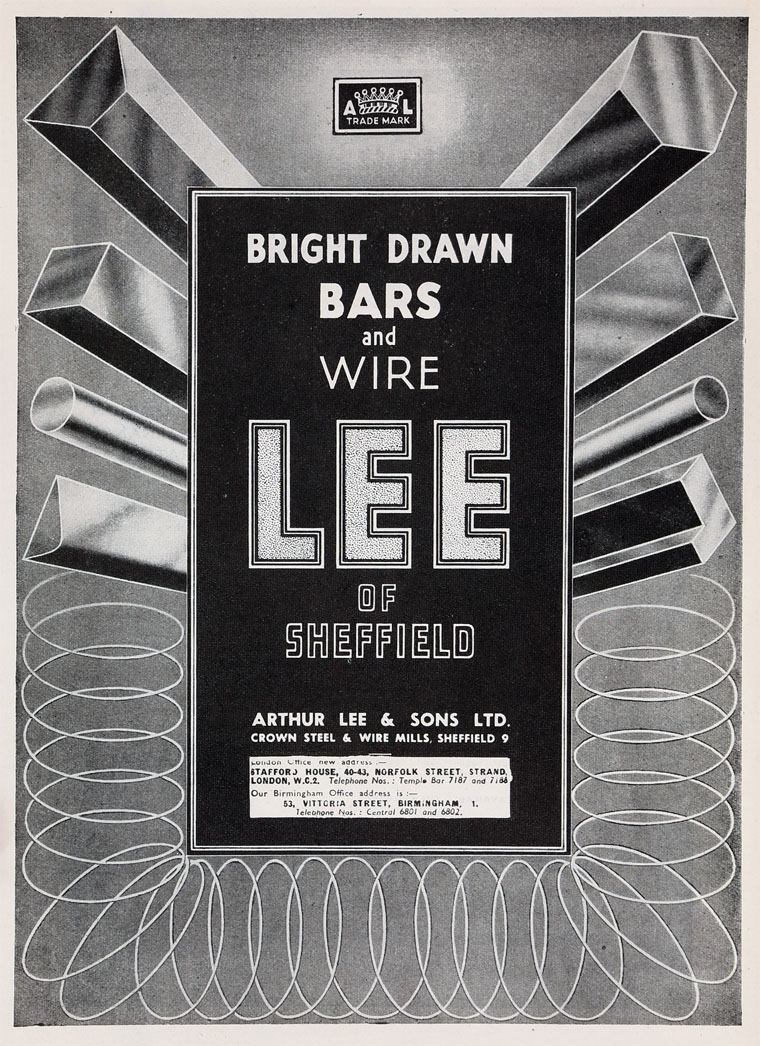 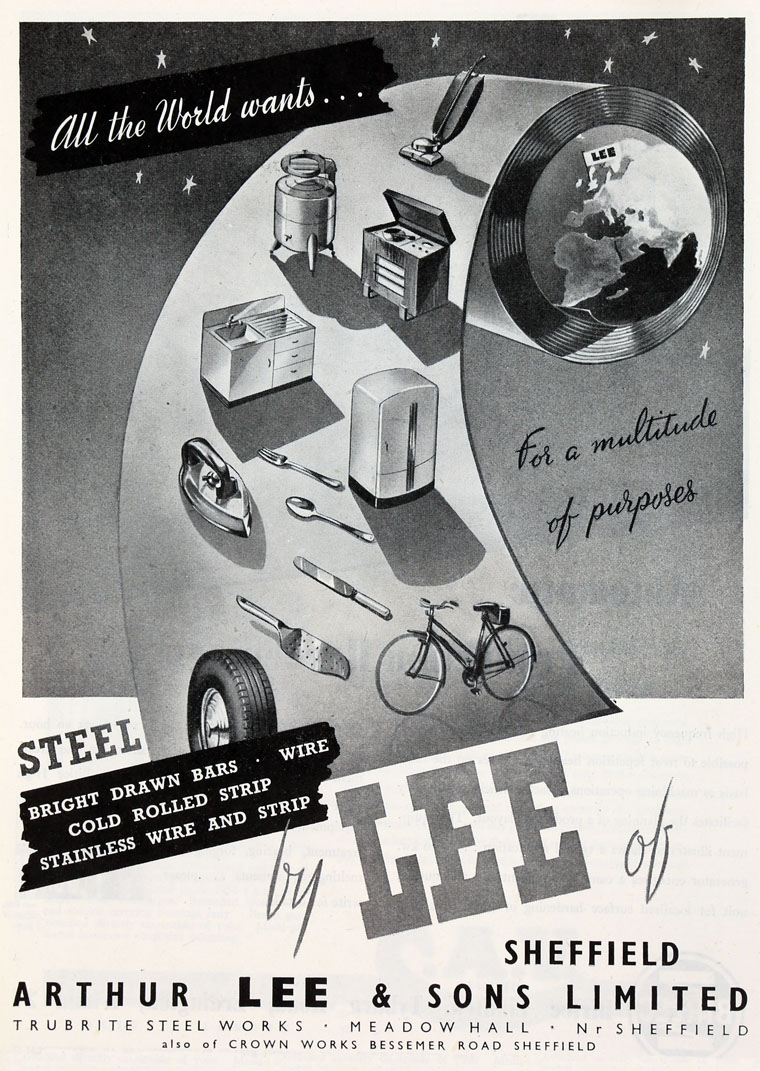 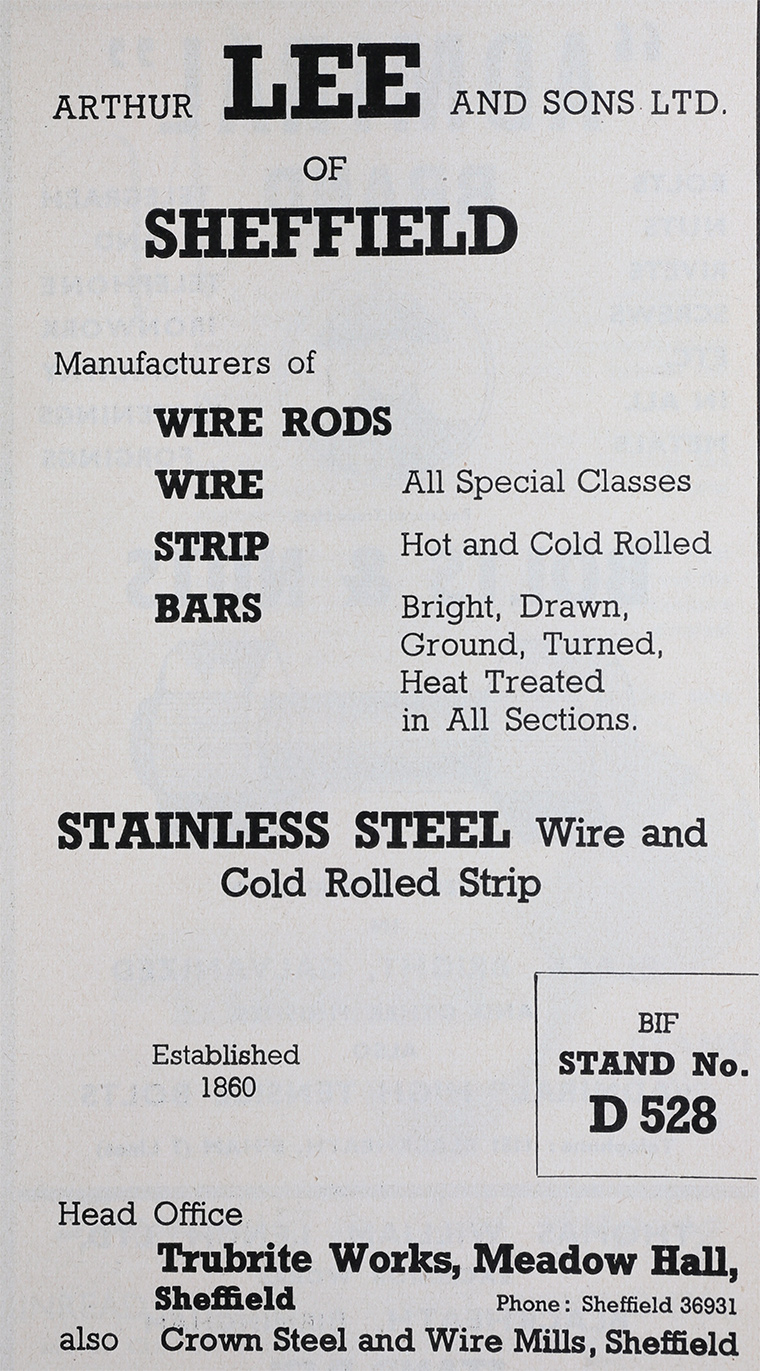 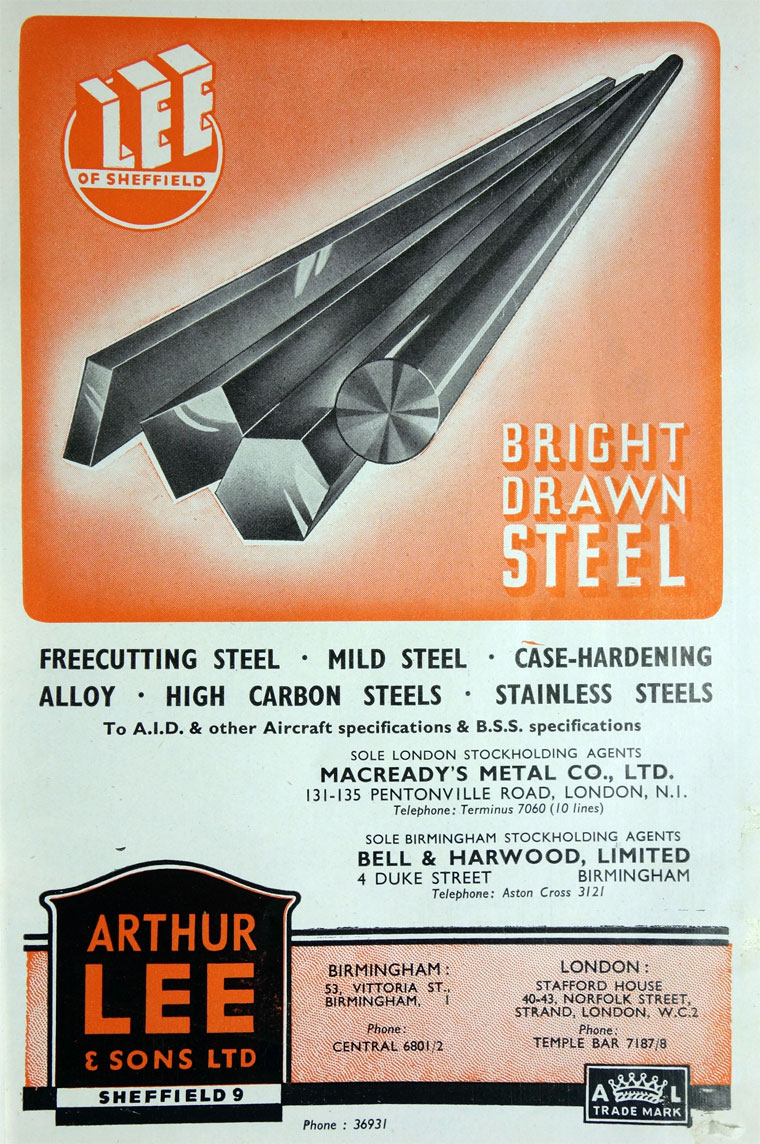 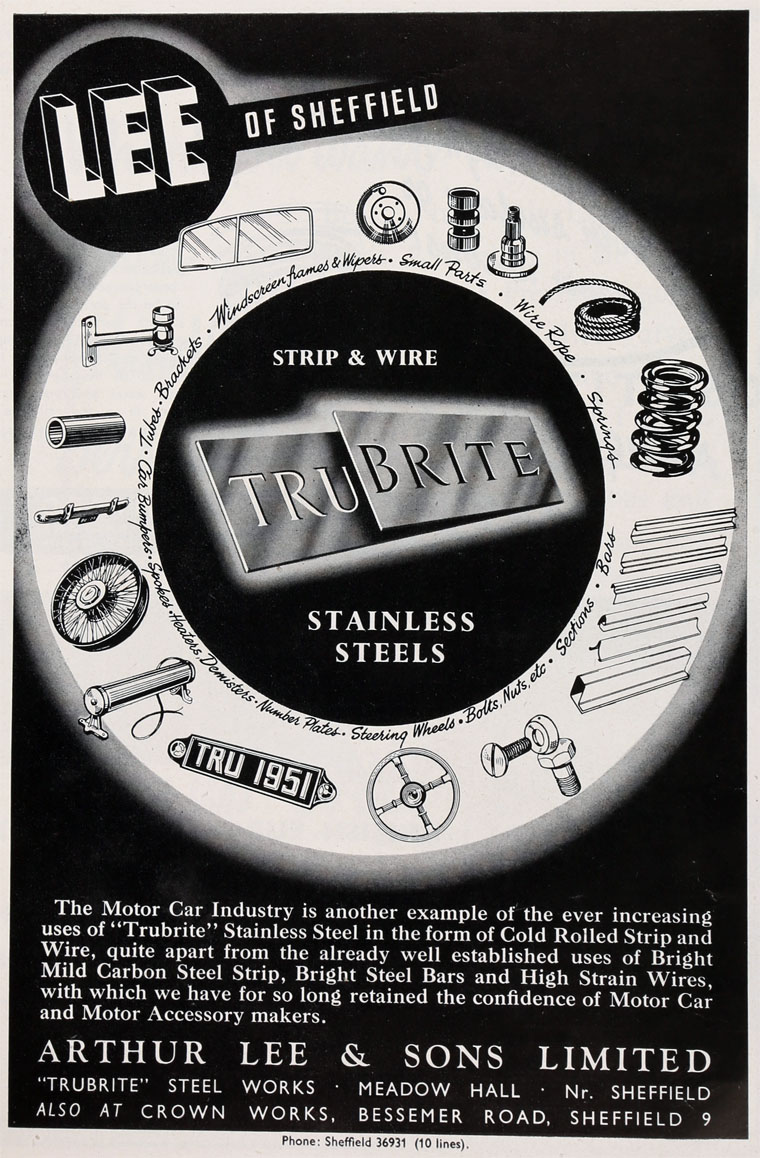 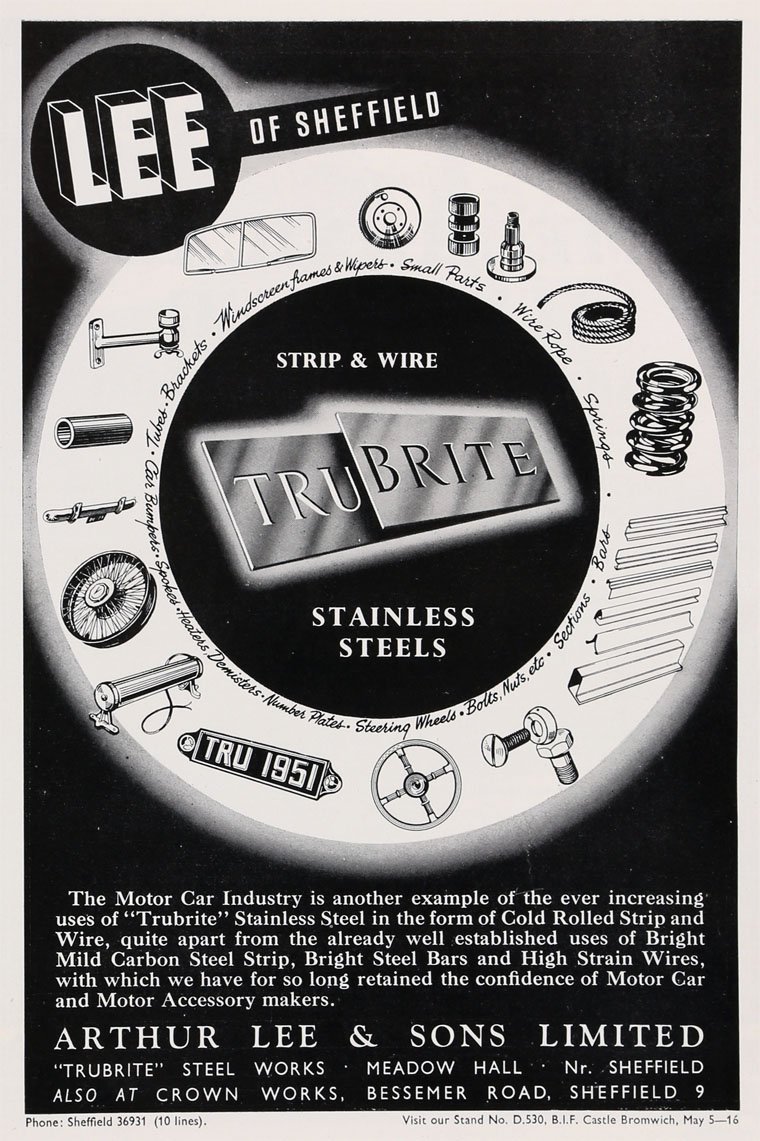 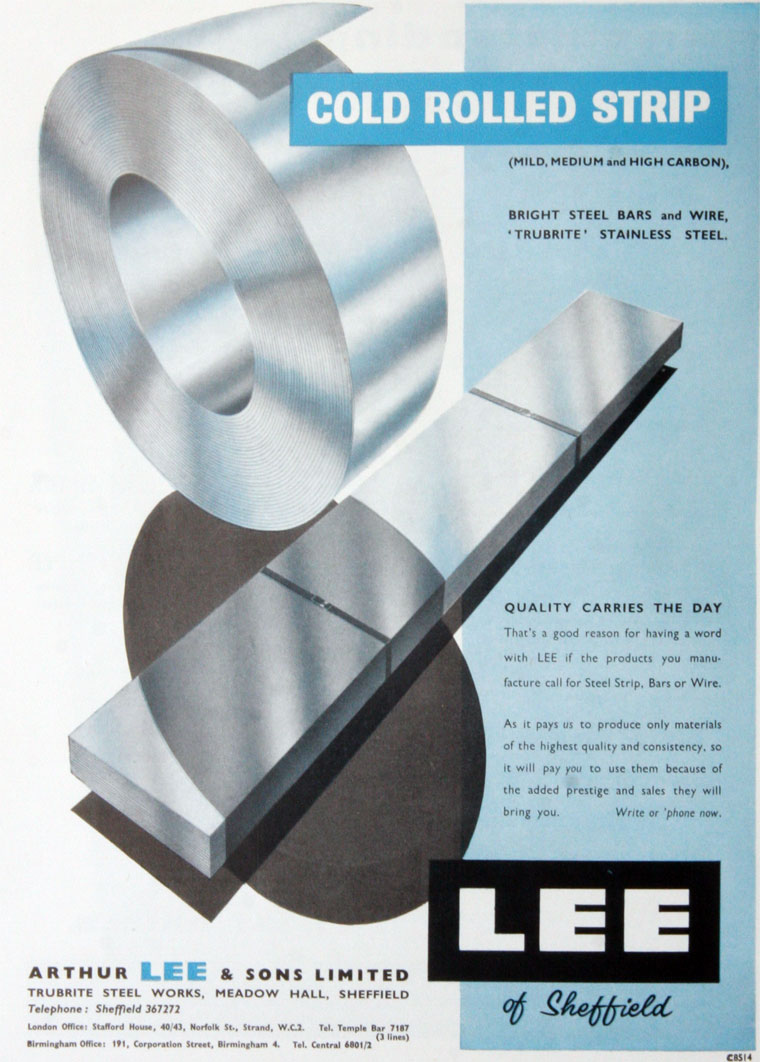 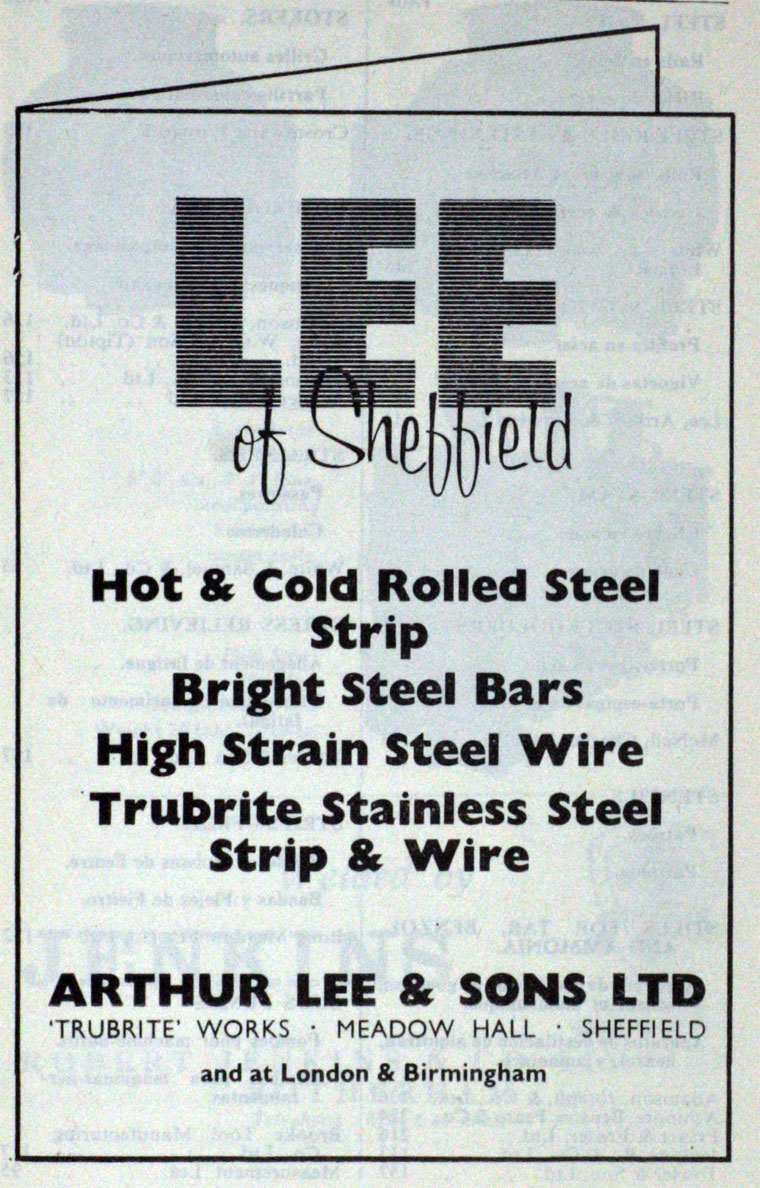 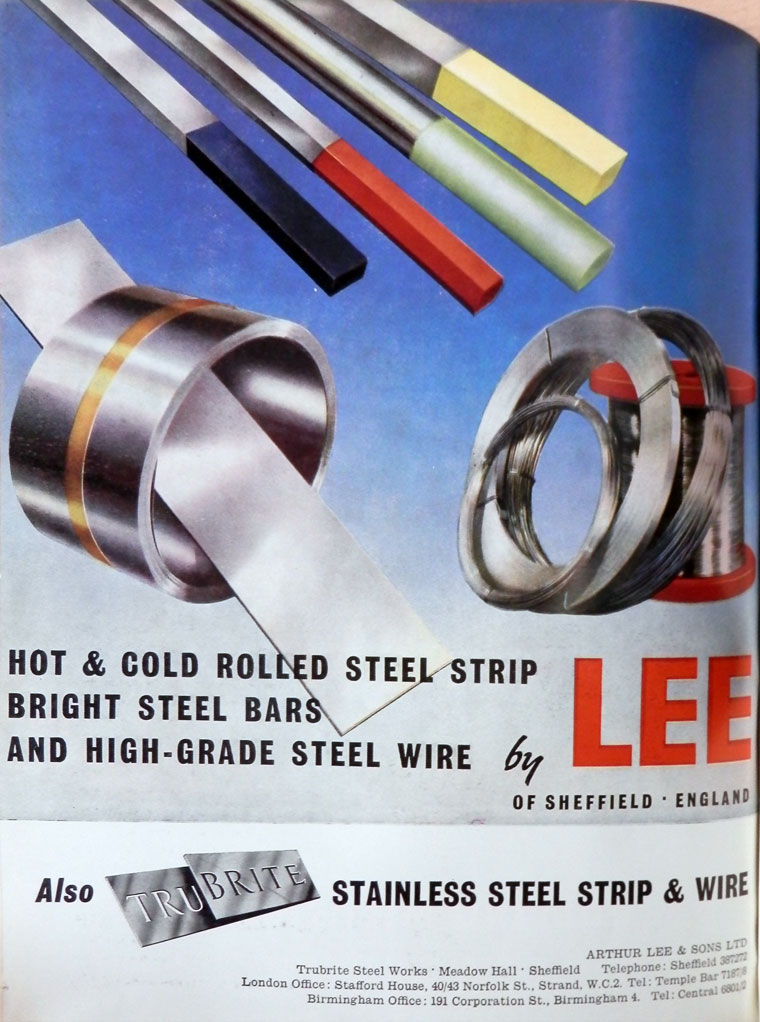 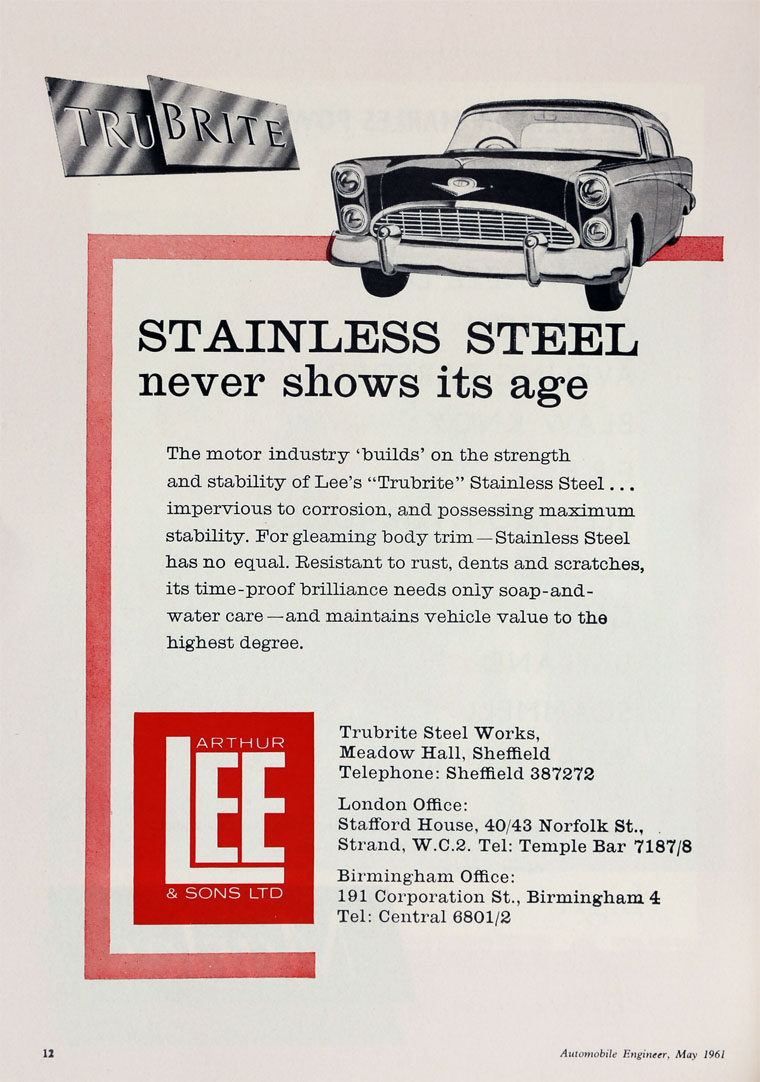 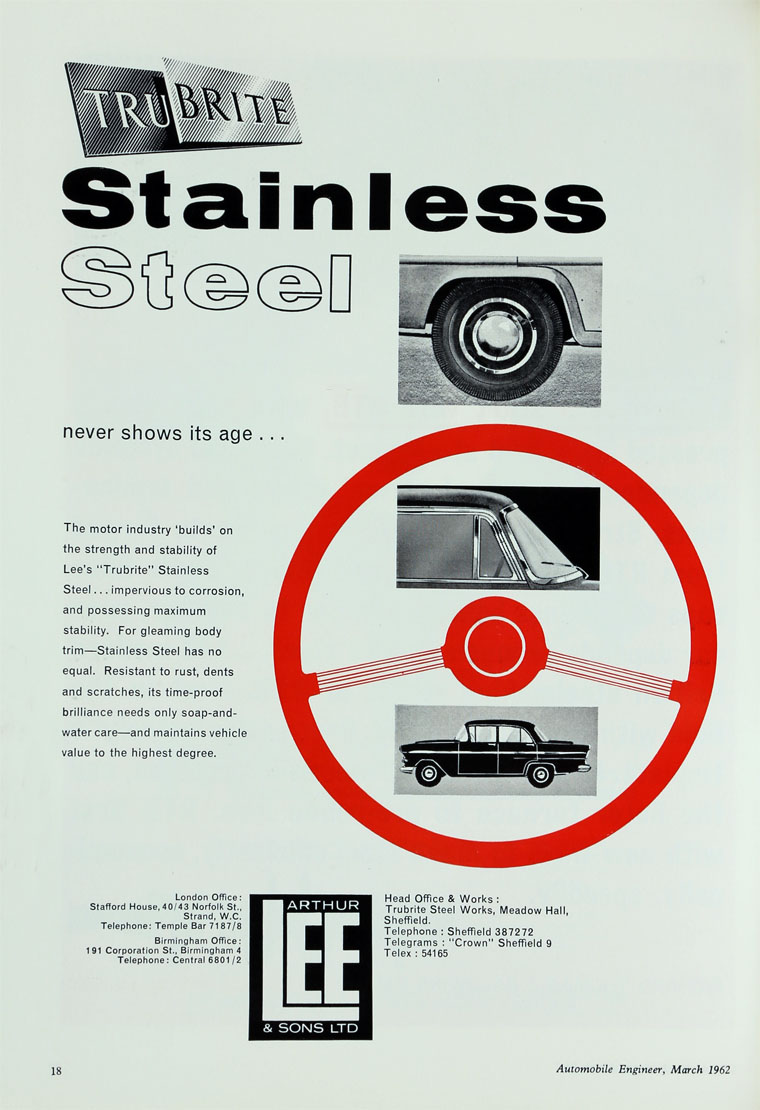 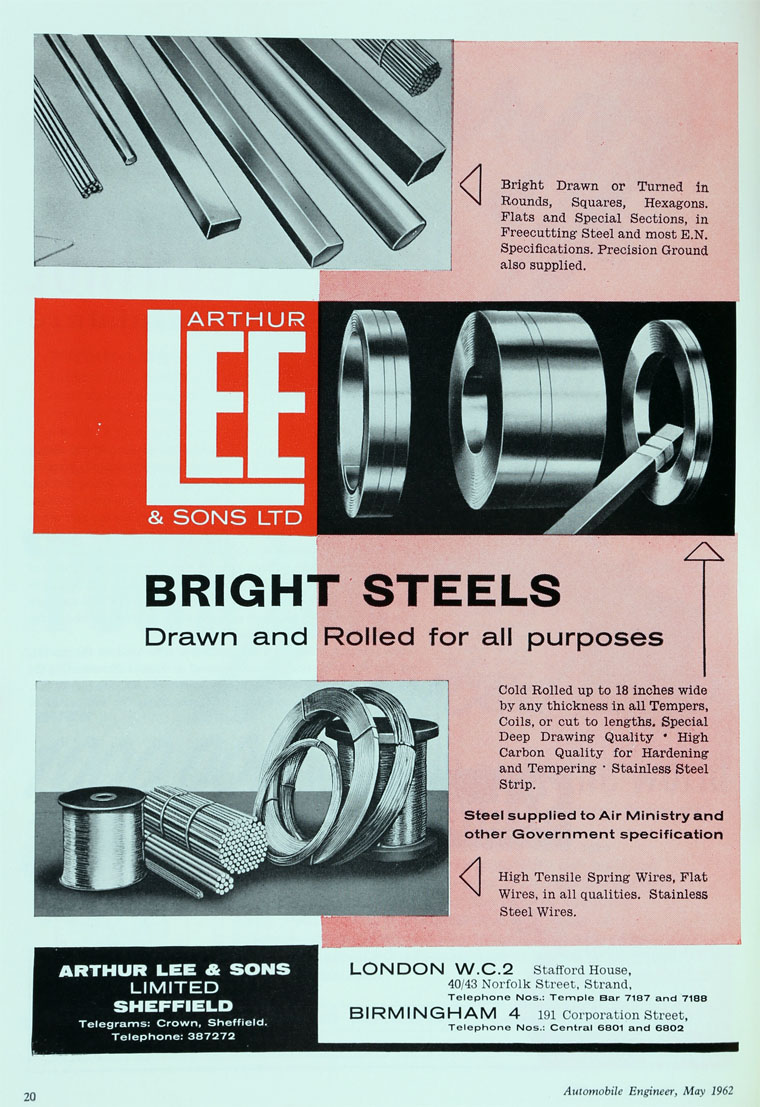 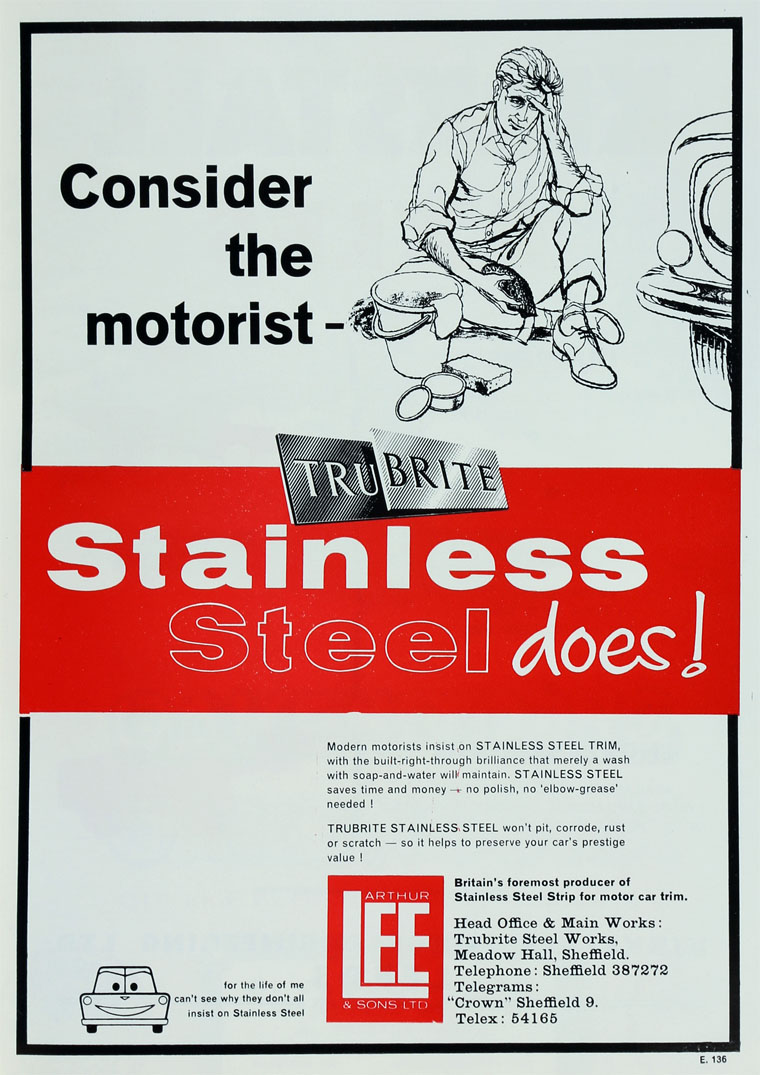 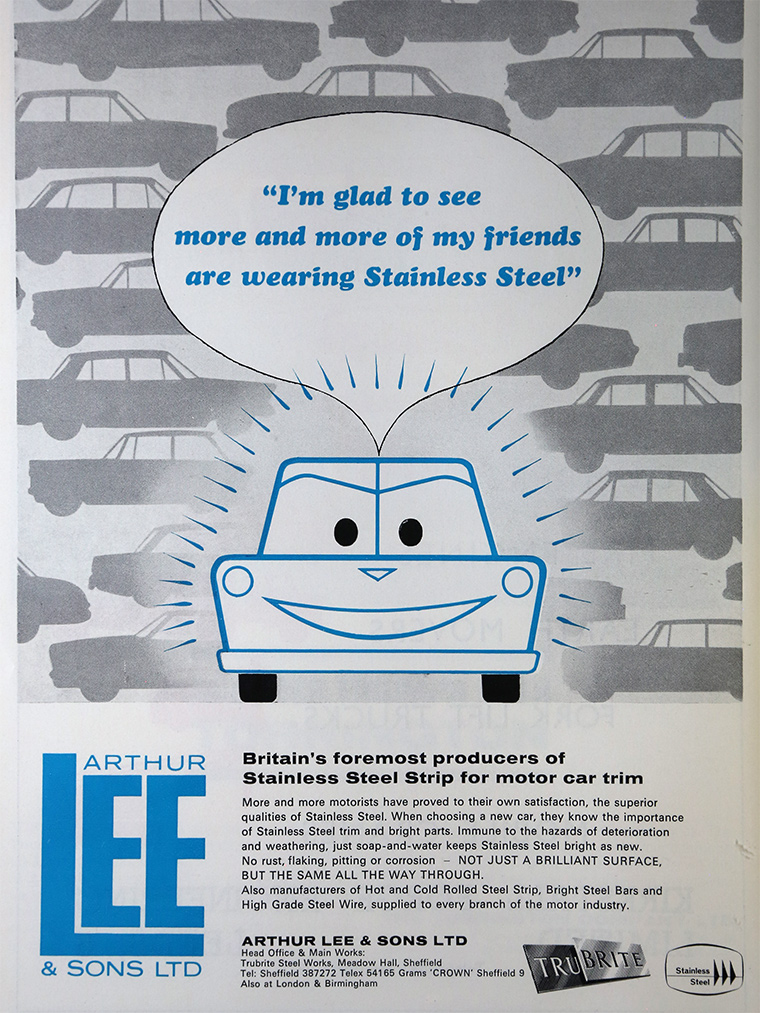 Arthur Lee started business at a small wire-drawing mill in the Porter Valley district of Sheffield. That business had its origin in a small wire-drawing mill, owned by James Fairbrother, which was run by water power supplied by one of the many streams flowing into Sheffield. A second mill established by Fairbrother on the banks of the River Don, was literally washed out by the great Sheffield flood in 1864.

Three years later the business was transferred to the Crown Steel and Wire Works, Attercliffe, Sheffield.

1894 Company incorporated [2] as successor to the original company.

1908 'Three men were injured and a workshop was wrecked, by the bursting of huge flywheel at the works of Arthur Lee and Sons, Sheffield. Pieces of the wheel, weighing several hundredweights, were hurled hundreds of yards.' [3]

1919 Mr John Baggott resigned post as chief engineer to the company to take up the post of works amnager to the Conqueror Typewriter Manufacturing Co.[4]

1953 Arthur Lee and Sons acquired an interest in Glover Brothers which was an important market for the company[9].

1954 Acquired Arthur Lee and Sons (Hot Rolling Mills) Ltd and Arthur Lee and Sons (Cold Strip) Ltd from the Holding and Realization Agency, so regaining ownership of the businesses which had been nationalized [10]. Development continued of Shipmans (Sheffield) Ltd and of Steel and Strap Platers Ltd; the association with Glover Brothers (Mossley) Ltd continued to be fruitful.

1960s As result of the Nationalization Act, the company owned 75% of Alloy Steel Rods of Sheffield, with the remainder owned by British Steel[14]