Alternator at the Danish Museum of Science and Technology. Made in 1888 to supply the arc lamp at the Hanstholm Fyr lighthouse, where it served until 1924. It delivered 100A at 40V, 120 Hz at 900 rpm. Its weight was 2 tonnes 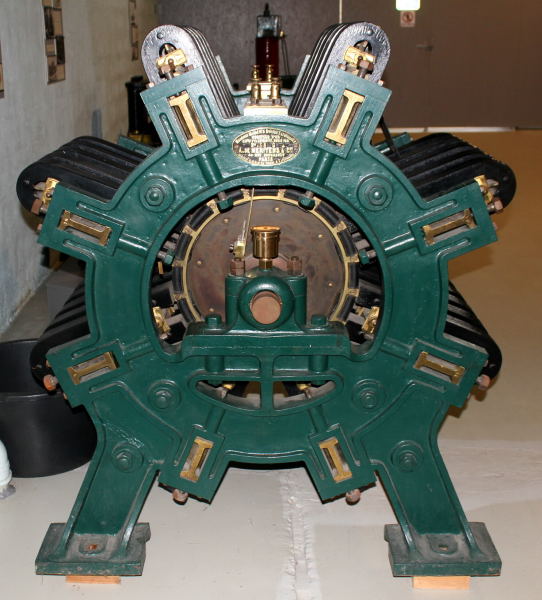 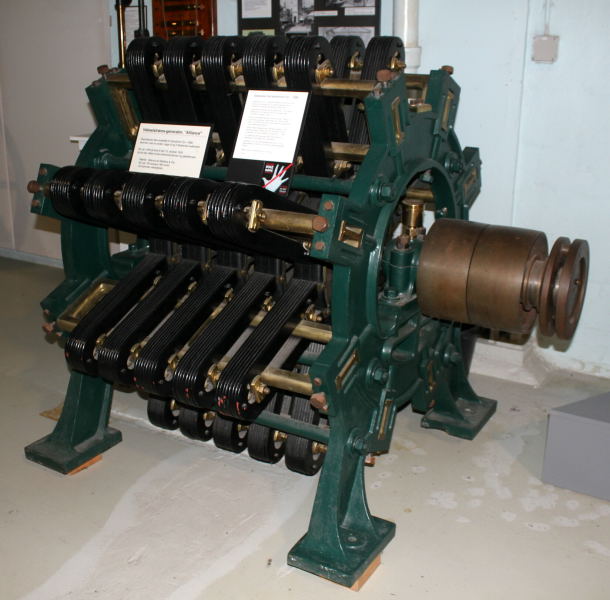 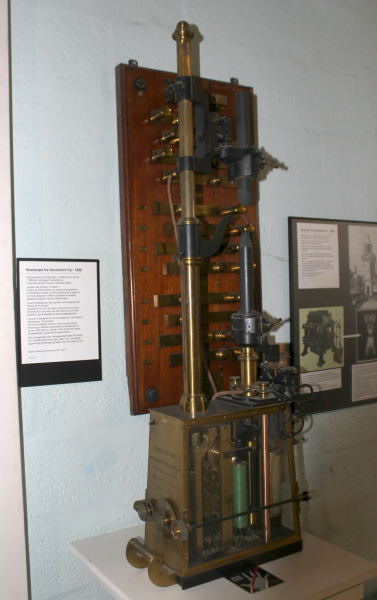 1888 arc lamp from Hanstholm Fyr lighthouse, at the Danish Museum of Science and Technology 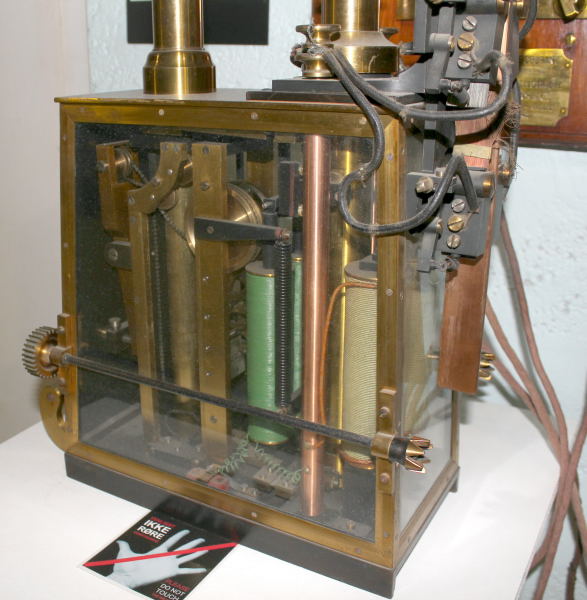 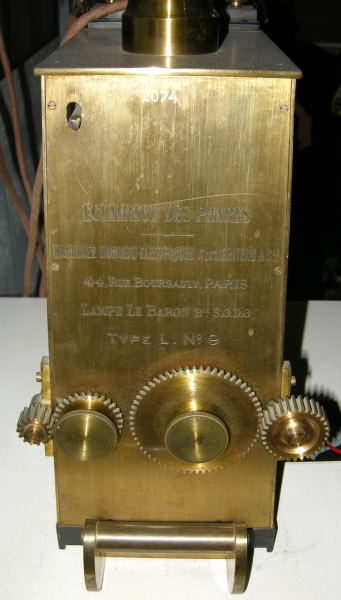 1886 de Méritens arc lamp from the Isle of May lighthouse in the Forth Estuary, on display at the National Museum of Scotland

De Méritens is best known for his work on magneto-electric generators, particularly those used for arc lighting and lighthouses. He also developed arc lamps.

In 1881 he was awarded a French patent for the first arc welding process. This used a carbon electrode to generate an arc to the workpiece. The process achieved relatively low temperatures and was not successful with steel. However it was widely used commercially, for welding lead plates to manufacture storage batteries. De Méritens produced his welding equipment with an enclosed hood and fume extraction pipe, to control the hazardous lead oxide fumes from the hot lead.[1]

De Méritens' generators became popular for lighthouses. They bore a superficial resemblance to the earlier 'Alliance' machines, but gave a more even output current, advantageous for use with arc lamps, thanks to the use of a distributed rotor winding using ring-wound armatures, instead of individual bobbins. The photos show such a machine, with 5 rows of 8 horseshoe magnets attached to the frame via brass rails, and 5 armature rings, each having 16 coils. The rotor wheels were probably spoked brass or bronze castings, with the spokes covered by sheet metal discs to minimise windage.

"...French electrical engineer, M. De Meritens, under very distressing circumstances. It appears that, being in greatly reduced circumstances, and deeply in debt, he had gone with his wife to live in a small house in Pontoise, and did not even have sufficient money to pay for his furniture. On his failing to pay, the furniture was seized and sold by auction, and this appears to have so acted on his mind and that of his wife, who was thirty years his junior, that they both poisoned themselves. It is lamentable that a man so clever and well known should perish in such fashion.

The best-known invention made by M. De Meritens is his dynamo, and though one of the very first, if not the first dynamo of any practical value, he is still used at the present time, though only..." [More].

The Engineer's obituary writer was over-generous in his claim to priority. Nevertheless the generators did find an important niche in lighthouses, with two machines giving excellent long-term service at the Lizard Lighthouse in Cornwall.