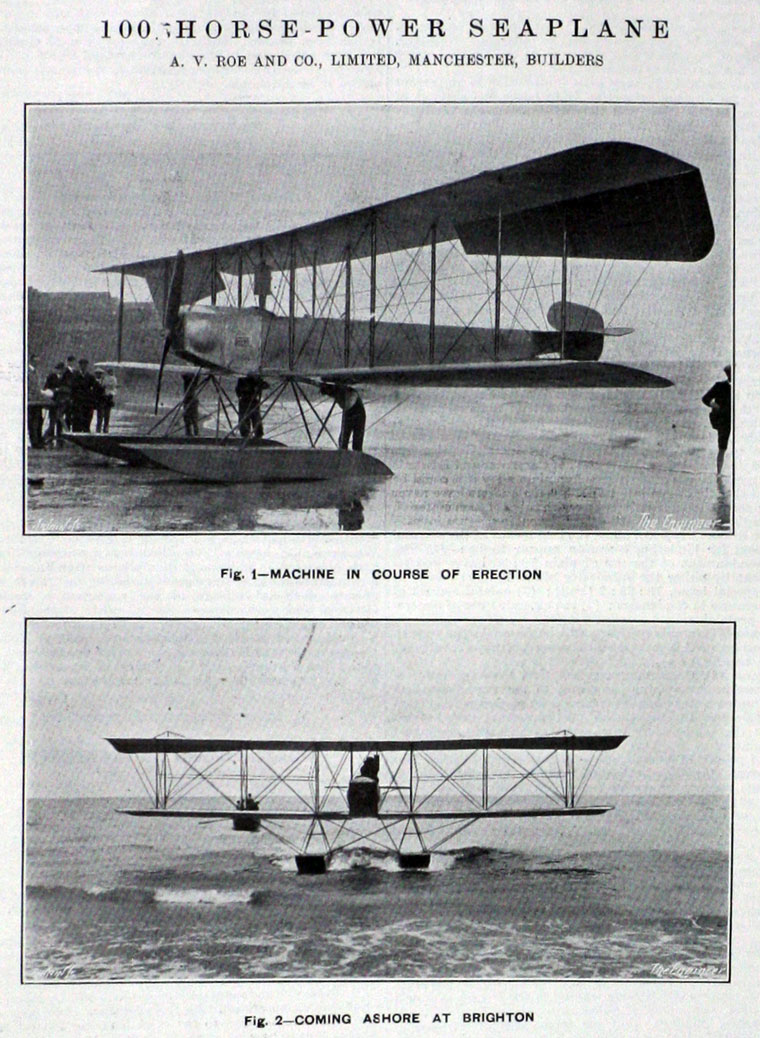 The Avro Type H, Type 501, and Type 503 were a family of early British military seaplanes. They were a development of the Avro 500 design and were originally conceived of as amphibious; the prototype being fitted with a single large main float (equipped with wheels) under the fuselage, and two outrigger floats under the wings. Tests were conducted on Windermere in January 1913. It was later converted to twin-float configuration and bought by the British Admiralty. It now, however, proved too heavy and was converted again - this time to a landplane.