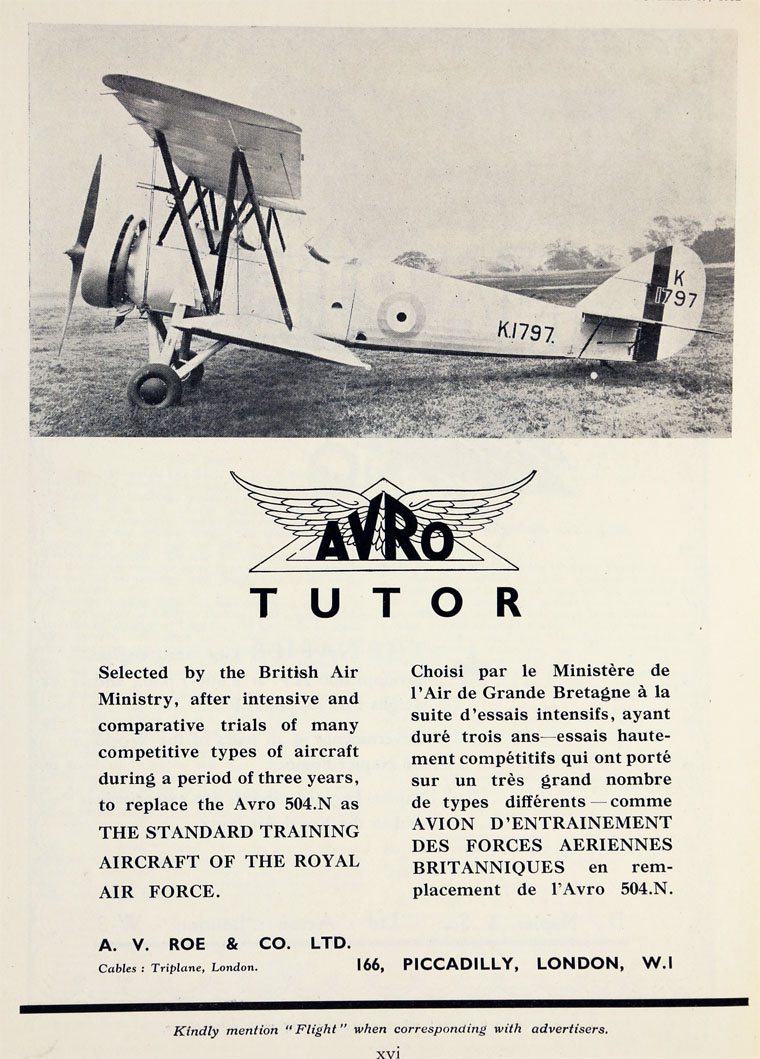 The Avro Model 621 was designed by Roy Chadwick as an Avro private venture metal replacement for the Avro 504. Conceived as a light initial pilot trainer, the biplane design featured heavily staggered equal span, single-bay wings; the construction was based on steel tubing (with some wooden components in the wing ribs) with doped linen covering. A conventional, fixed divided main undercarriage with tail skid was used in all but the latest aircraft, which had a tail wheel.

The Model 621 was powered either by a 155 hp (116 kW) Armstrong Siddeley Mongoose or Armstrong Siddeley Lynx IV (180 hp/130 kW) or IVC (240 hp/179 kW) engine; later Lynx-powered models had the engine enclosed in a Townend ring cowling. The Mongoose powered version was called the 621 Trainer and the more numerous Lynx-engined aircraft the Tutor. The Tutor also differed by having a more rounded rudder.