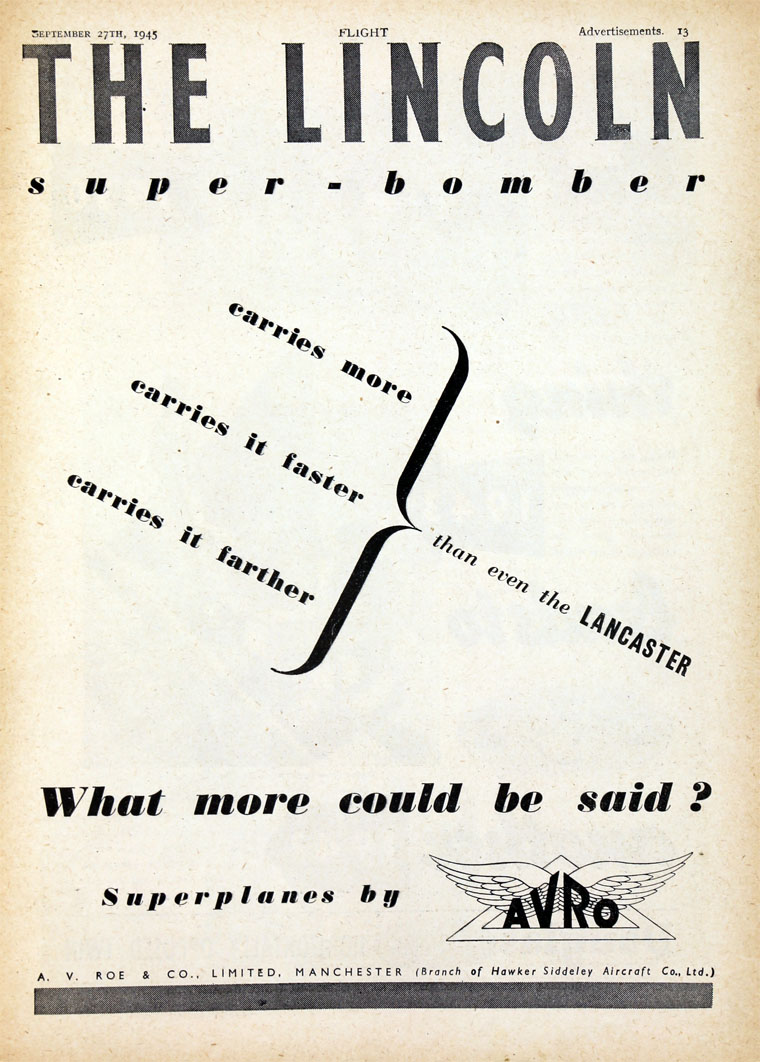 The Avro Type 694, better known as the Avro Lincoln, was a British four-engined heavy bomber, which first flew on 9 June 1944. Developed from the Avro: Lancaster, the first Lincoln variants were known initially as the Lancaster IV and V but were renamed Lincoln I and II. It was the last piston-engined bomber used by the Royal Air Force.