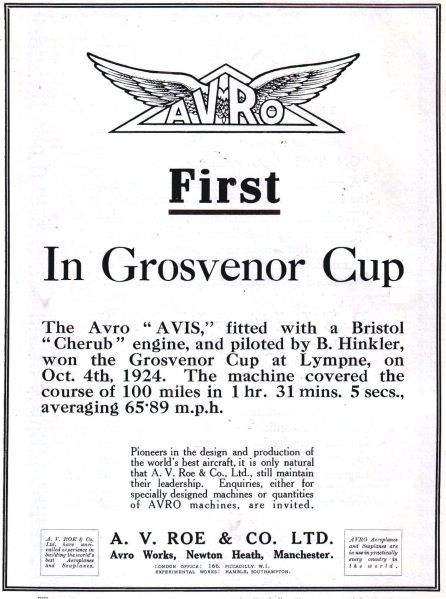 The Avis was a single-bay unstaggered biplane with full span ailerons on upper and lower wings. It had a fixed landing gear with a tail skid and could be powered by a nose-mounted 32 hp Bristol Cherub II engine or a 35 hp Blackburne Thrush radial piston engine. It had tandem open cockpits. First flown with the Thrush engine prior to the meeting, it was refitted with the Cherub, and first flown with this engine by Bert Hinkler at Lympne on 30 September 1924. On the next day it won the Grosvenor Cup at a speed of 65.87 mph.

For the 1926 trials it was re-engined with a 38 hp Blackburne Thrush, being eliminated after a forced landing. In 1927, it was re-engined again with a Bristol Cherub I and passed into private ownership until it was scrapped in 1931.