(Redirected from B. H. Davies)
Jump to: navigation, search 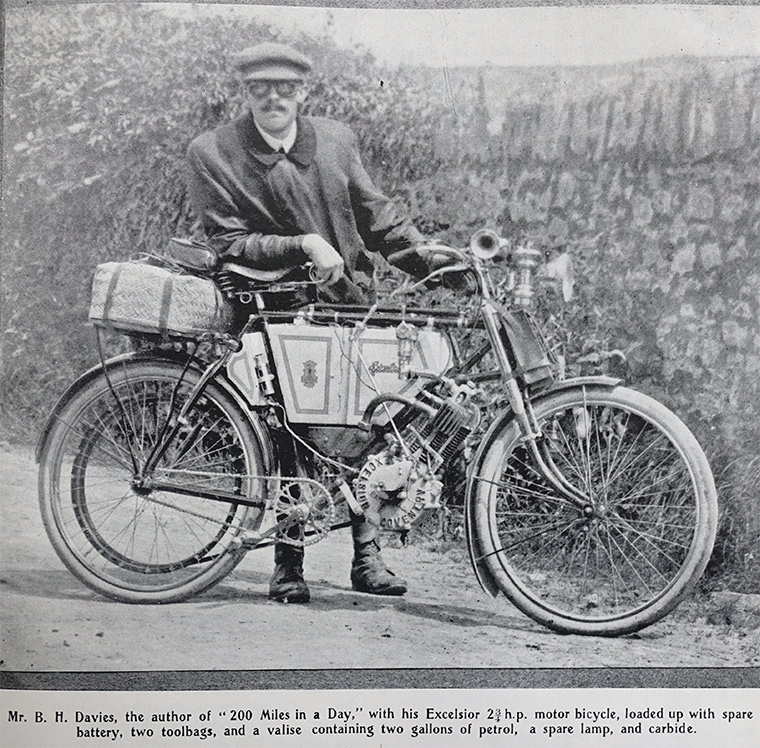 August 1903. With an Excelsior motor cycle.

1880 Born in Rochdale the son of Henry Davies, Curate, and his wife Mary A.

1904 On Committee of the Motor Cycling Club