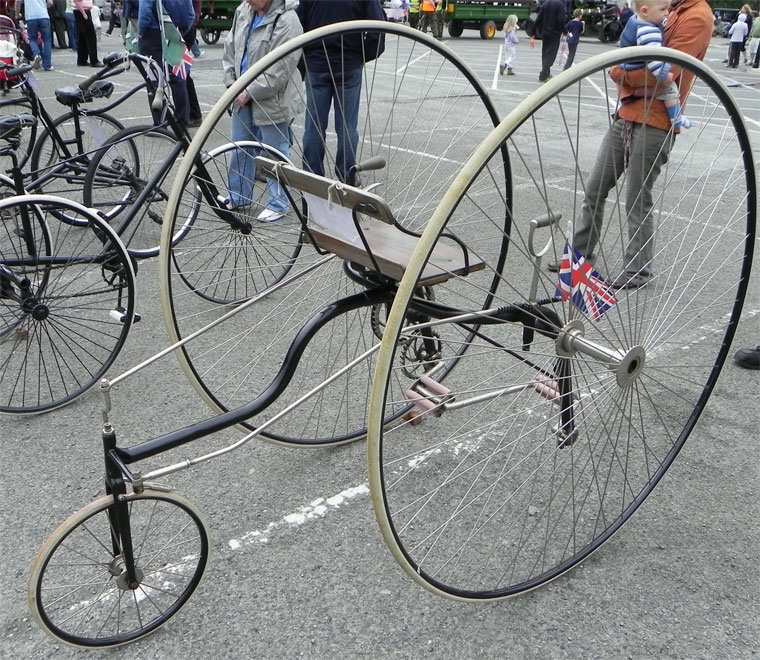 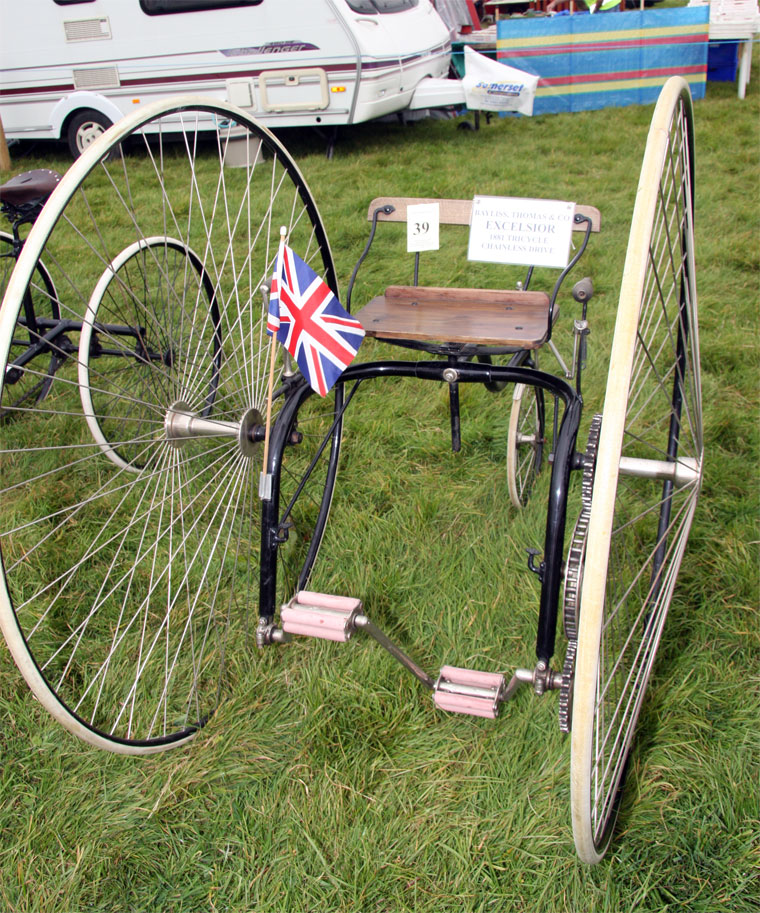 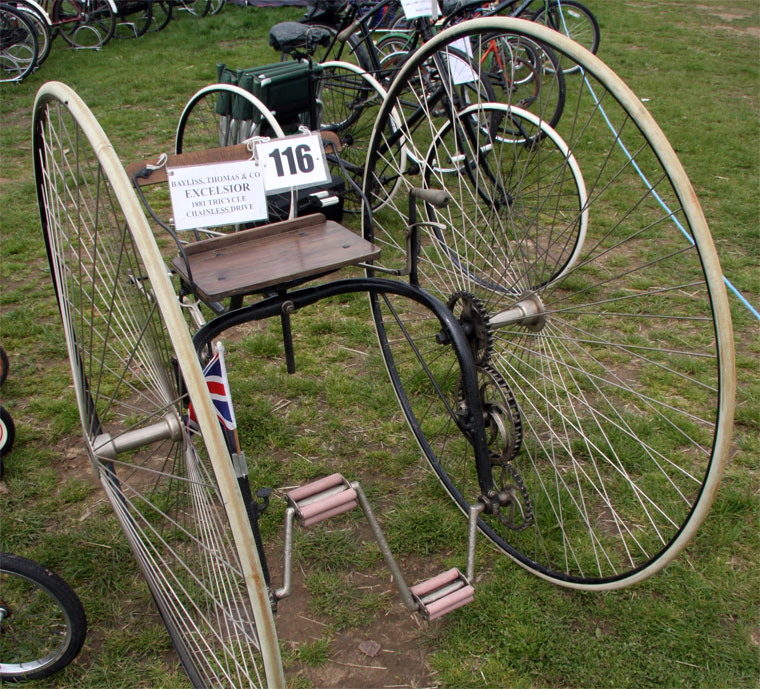 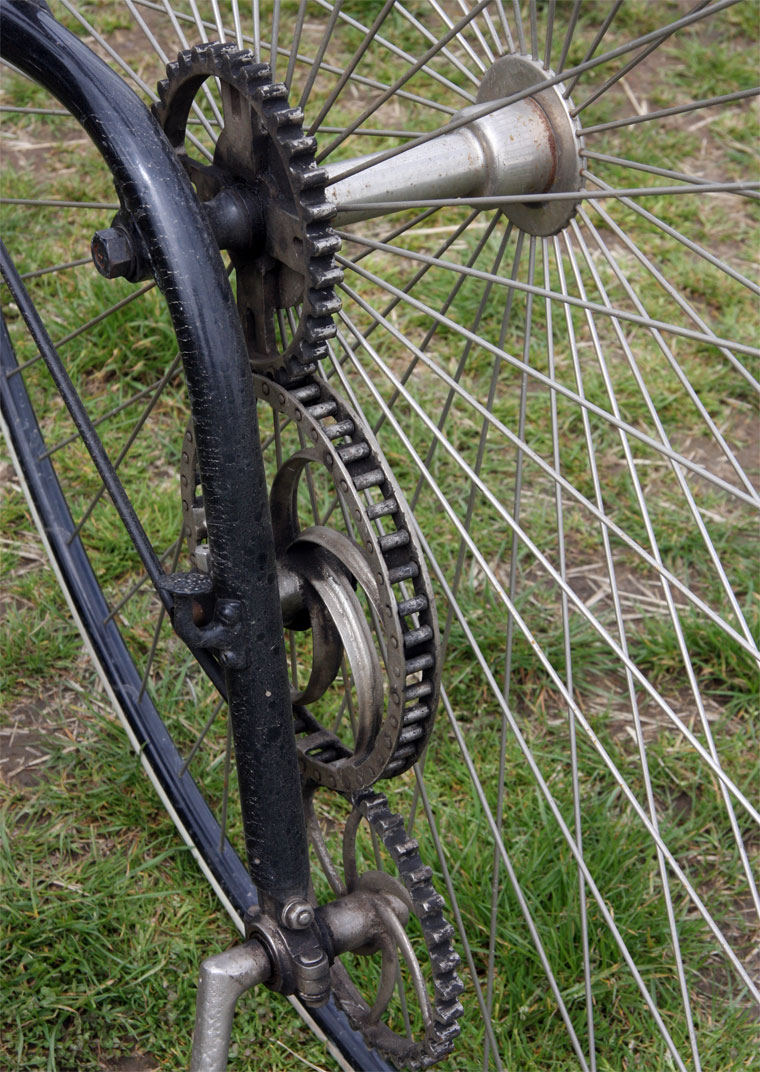 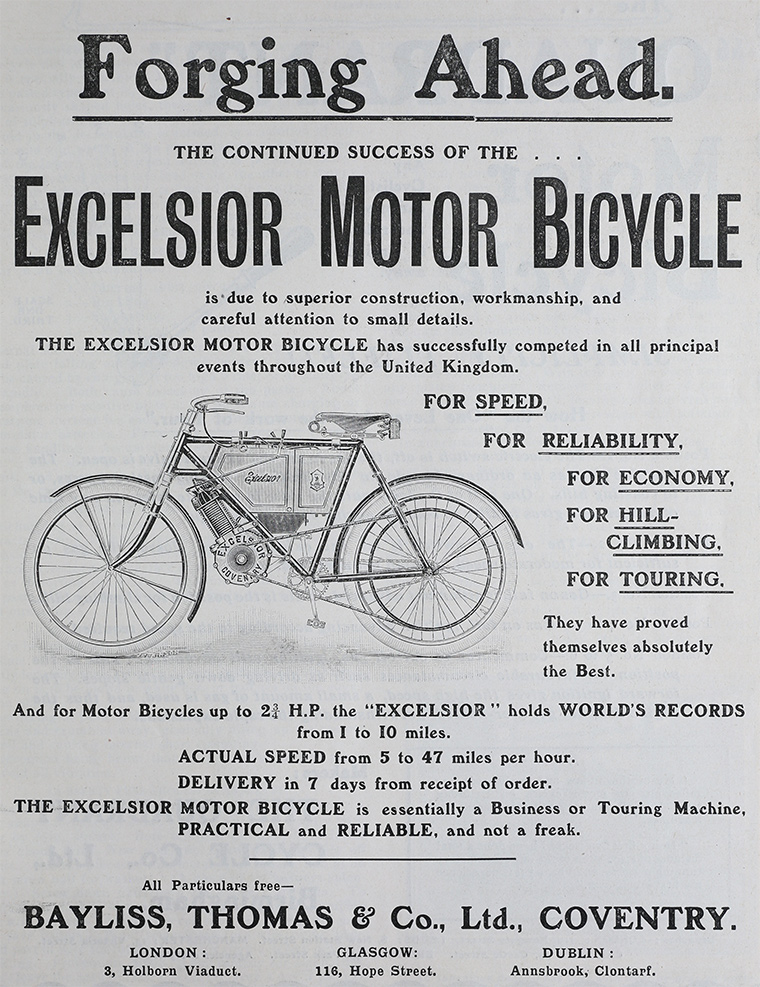 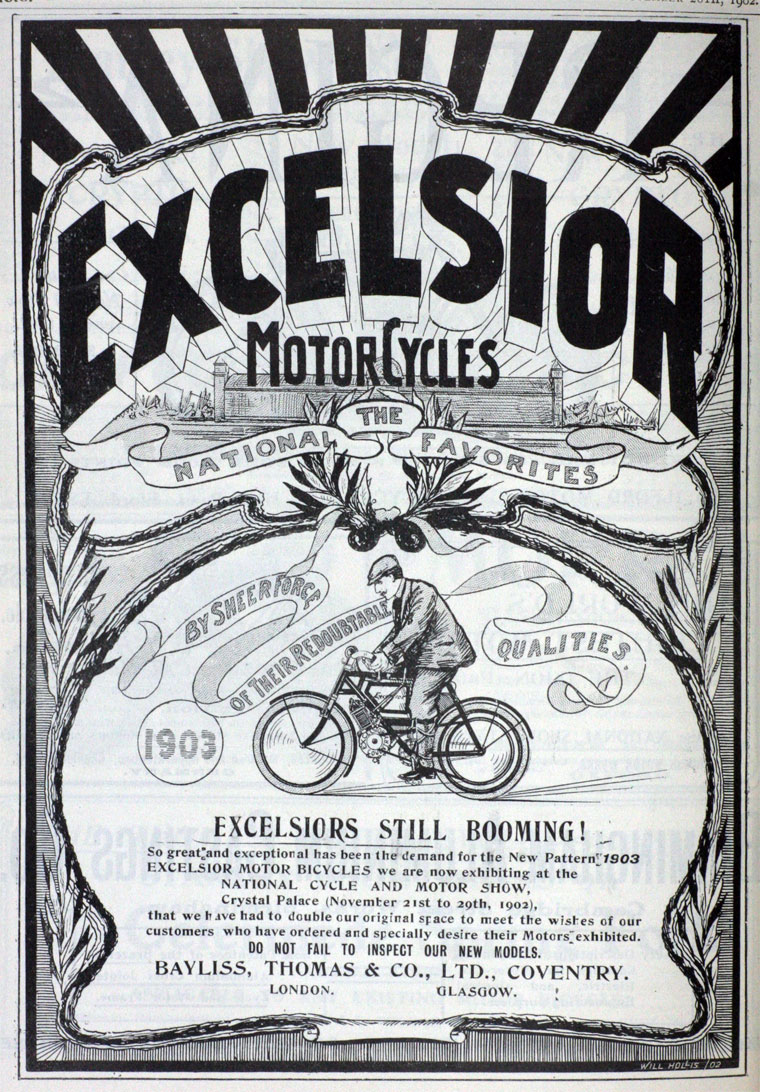 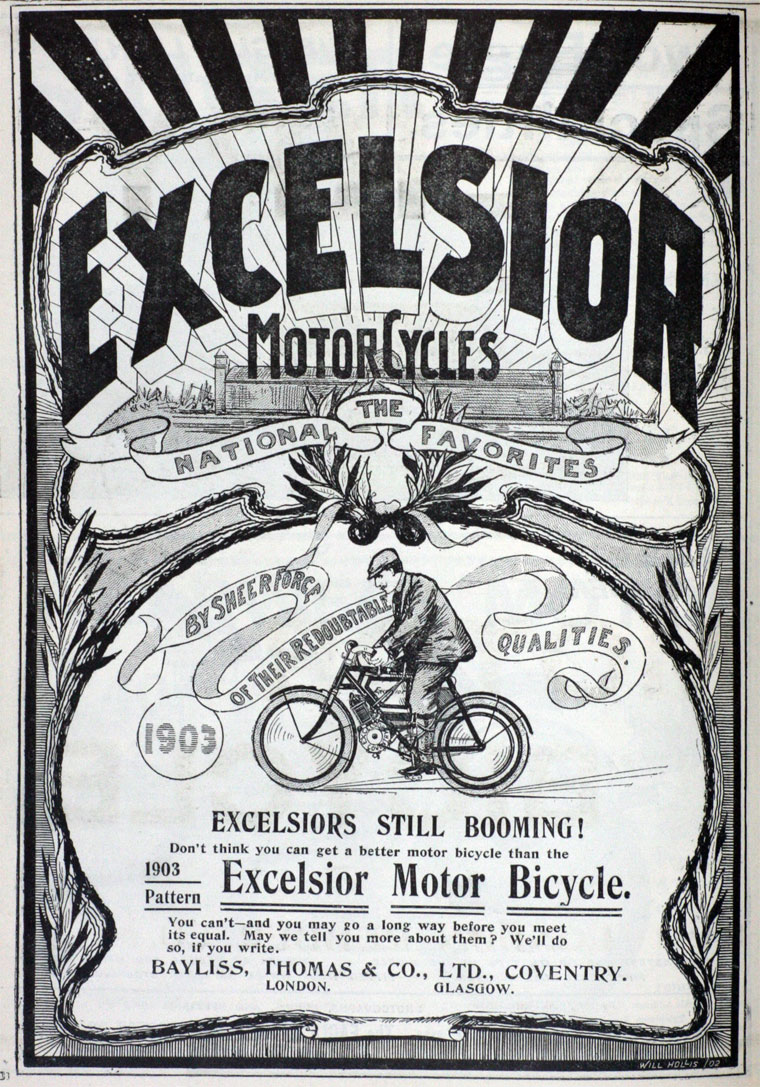 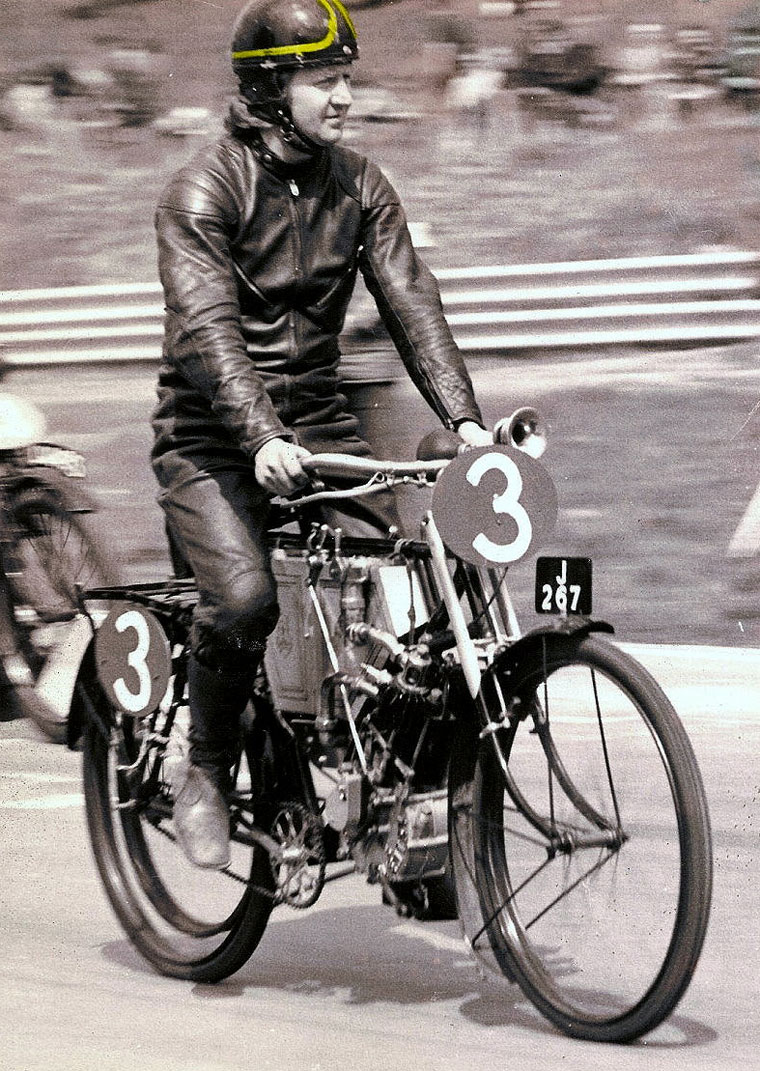 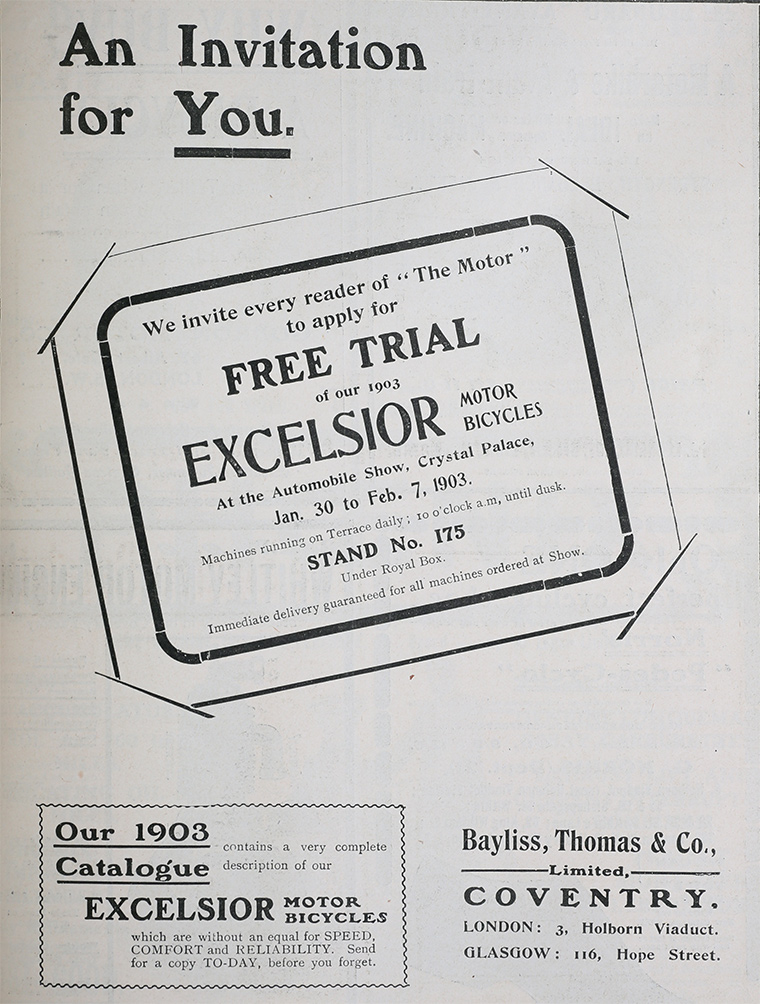 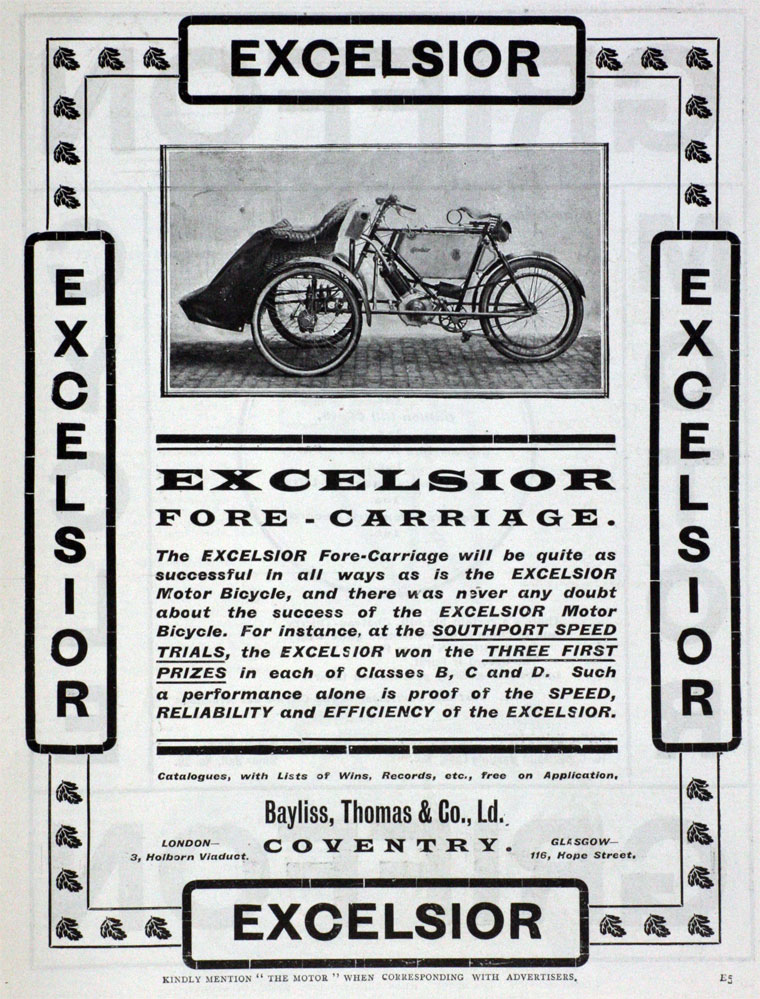 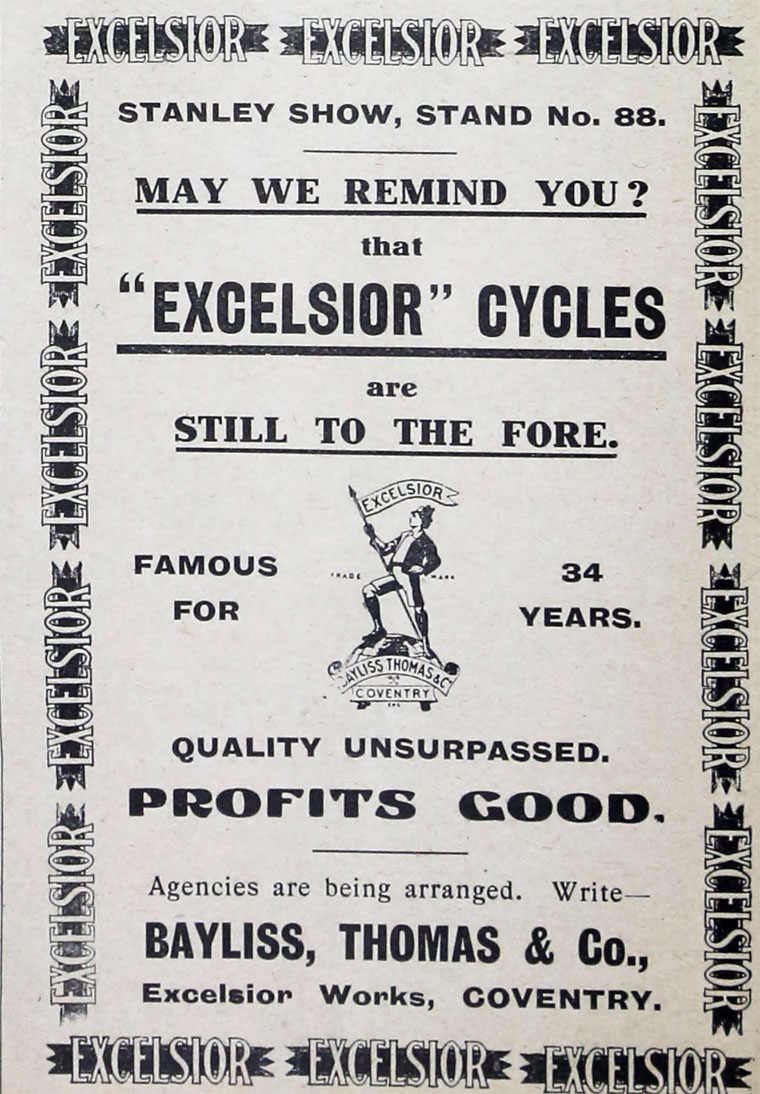 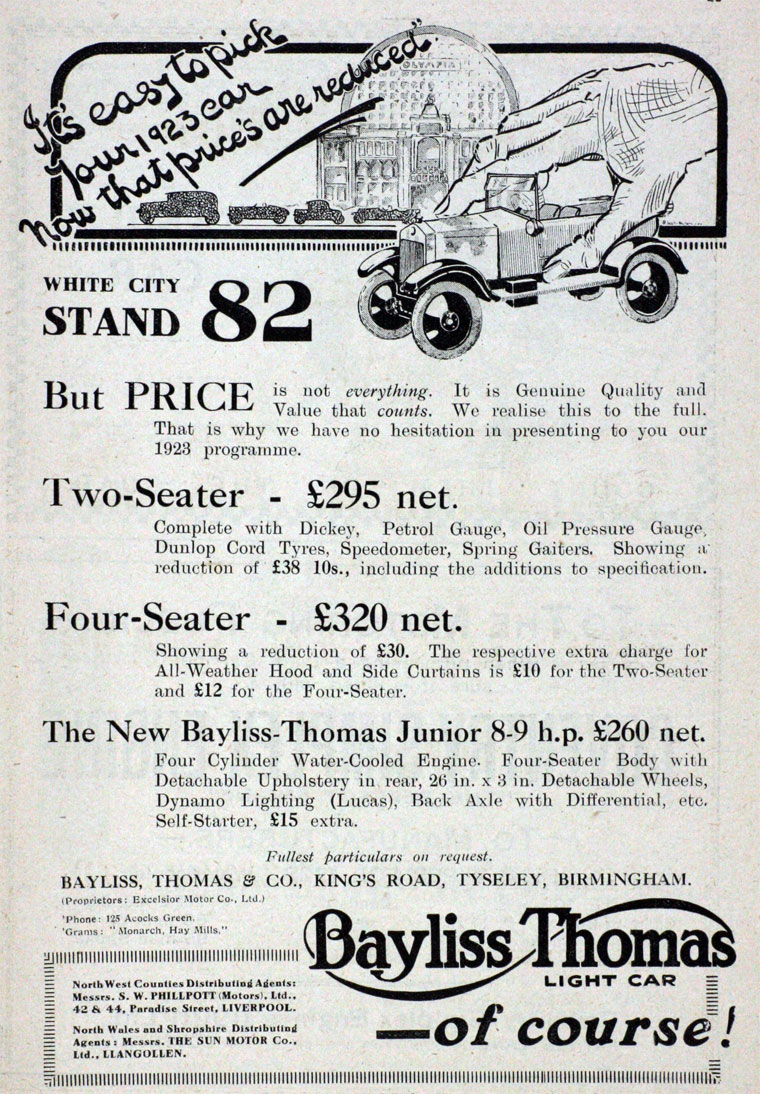 1874 Company established by John Thomas, Thomas Bayliss and John Slaughter as Bayliss, Thomas and Slaughter as a cycle manufacturer, using the brand name Excelsior. Initially premises at 287-295 Stoney Stanton Road, Hillfields, Coventry, Warwickshire, and were one of the earliest manufacturers of Penny-Farthing bicycles. Building 'Ordinary' cycles at works in Earl Street and Much Park Street, Coventry.

By 1882 the company name had changed to Bayliss, Thomas and Co although Slaughter remained a director of the business

1883 Tricycle with enclosed front exhibited at the 6th Stanley Show [2].

1894 Exhibited cycles at the Antwerp Exhibition (Bayliss, Thomas and Co). [3]

1896 The firm started to produce powered machines and, during an exhibition at the Crystal Palace, demonstrated a motorcycle fitted with 1.25hp Minerva engine. Approximately 250 people tried it out without mishap.

1900 The firm started using the MMC engine, with belt drive, hung from the down-tube.

1904 Several motorcycle models were now in production and some had water cooling.

1905 Under the direction of William H. Carson, the company developed tri-cars

1909 Returned to the market with one motorcycle model. This had a 3.5hp Excelsior engine, gear-driven Bosch magneto, Druid forks and twin fuel tanks.

When the company entered the car business, used the name Bayliss-Thomas as there was already a Belgian car called the Excelsior. The prototypes had three wheels and air-cooled engines, but production vehicles were conventional 9-13 hp four wheelers and around 1000 were made.

1920 A much wider range of models was introduced.

1919/20 The company was taken over by R. Walker and Sons and moved to King's Road, Tyseley, Birmingham

1920 Maker of cars under Bayliss-Thomas brand. Motorcycles made and sold as Excelsior Motor Co.

1928 Bayliss Thomas chassis were still being assembled in Australia [8].