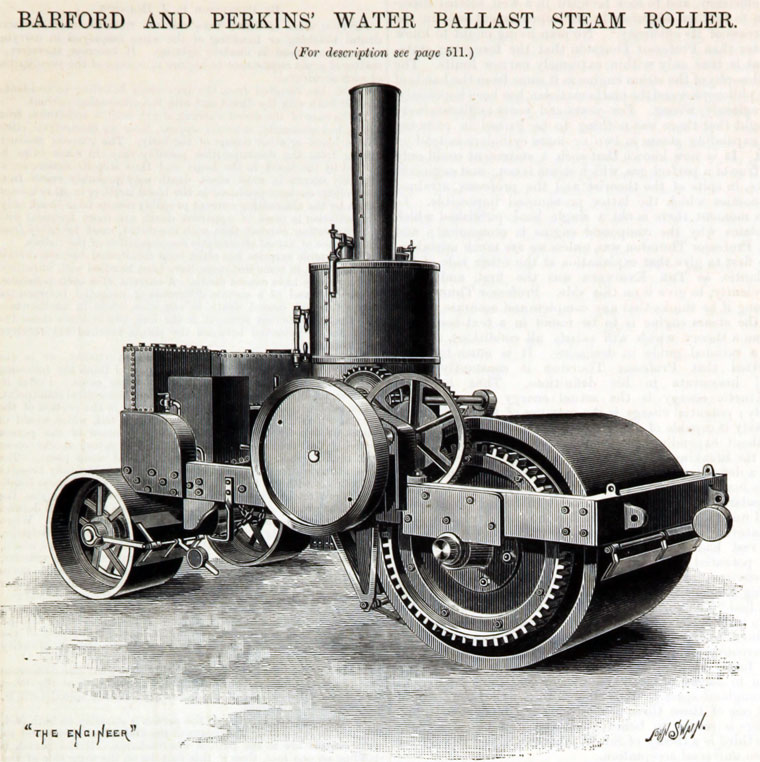 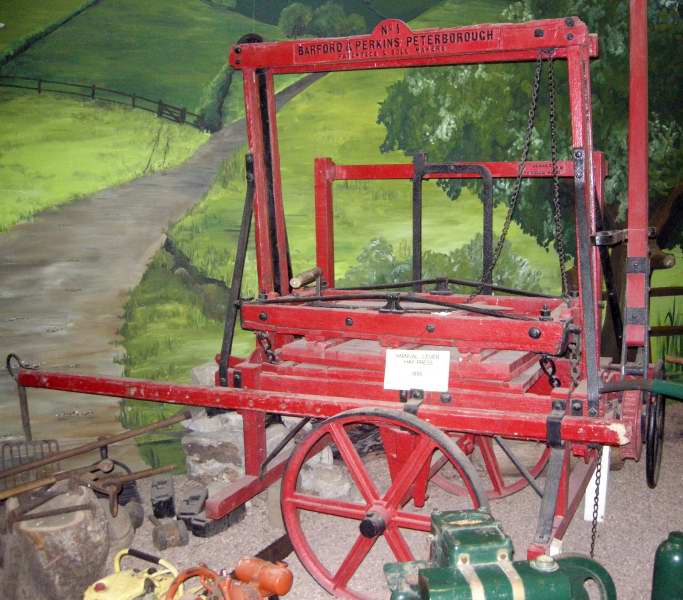 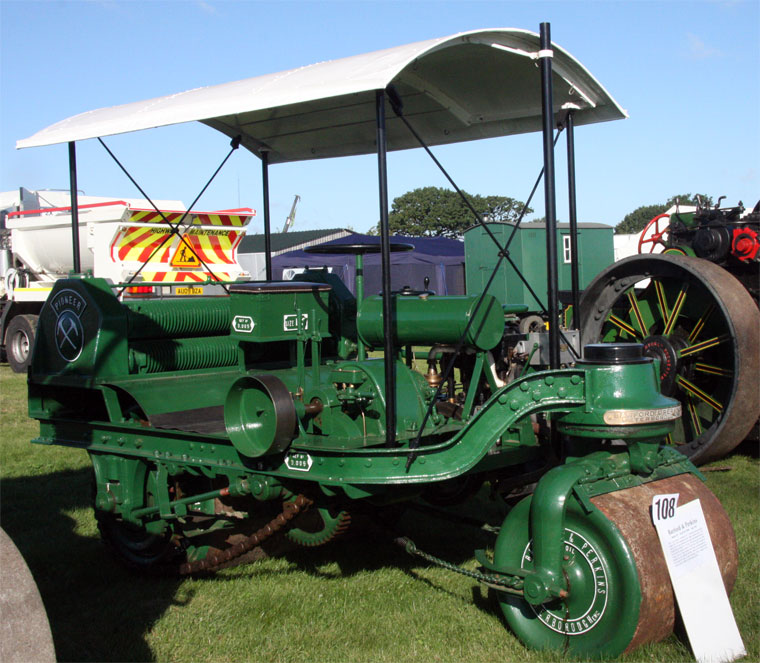 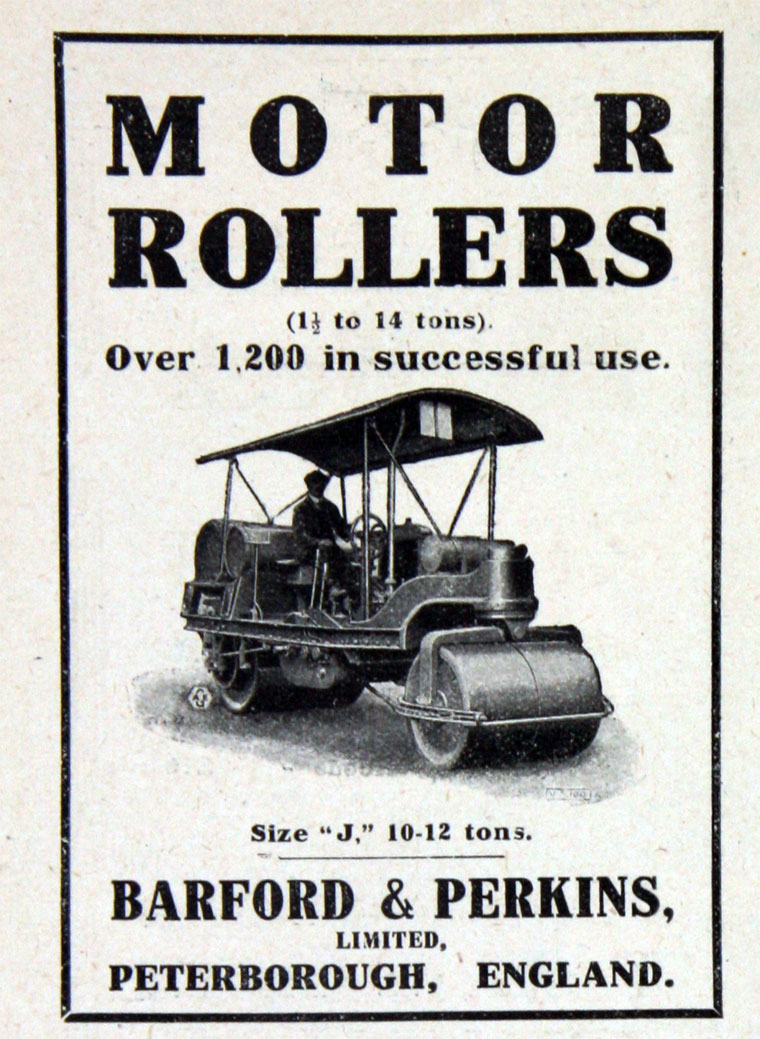 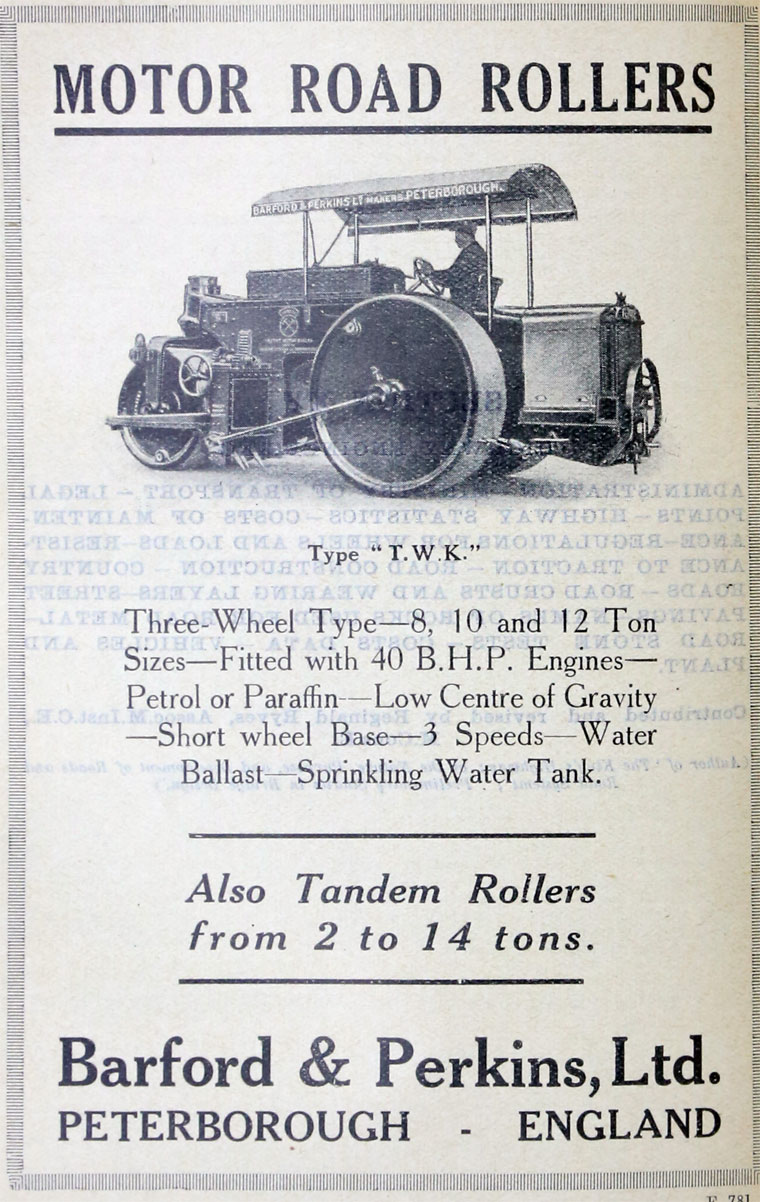 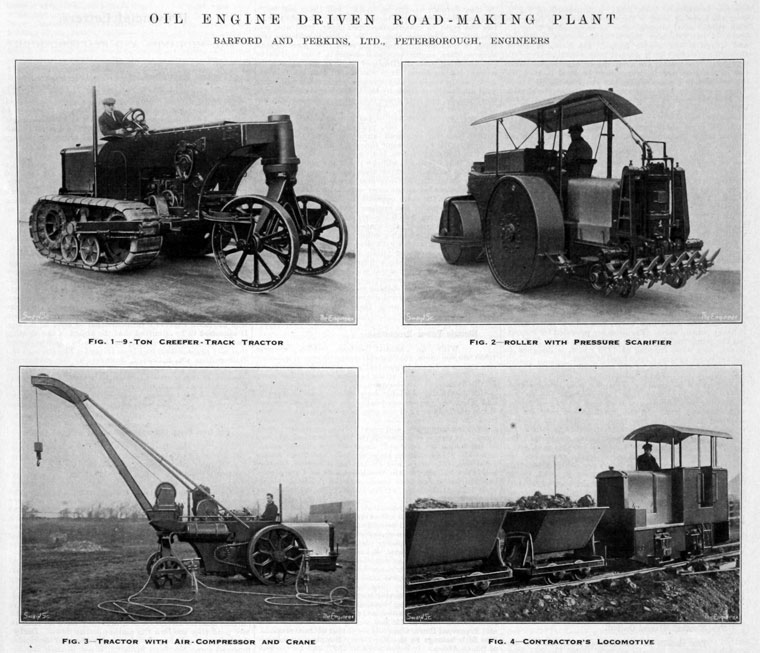 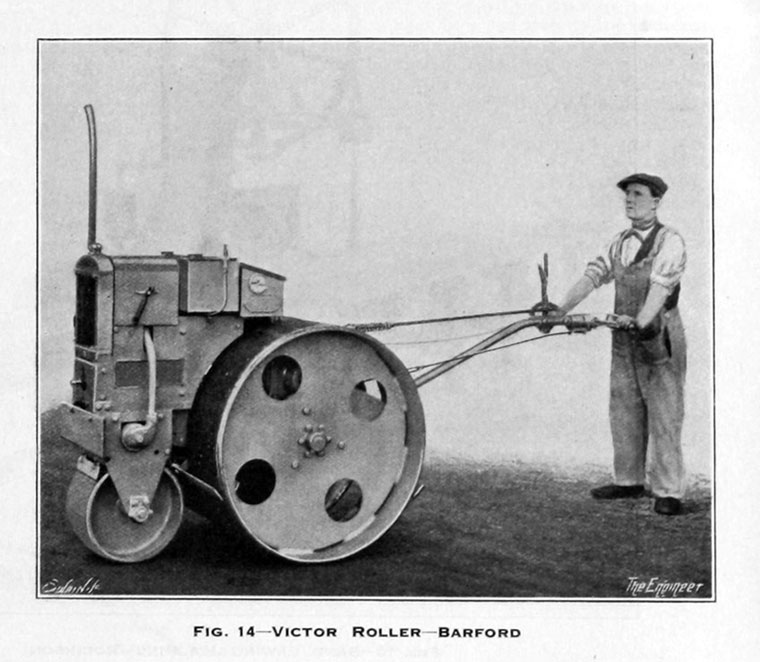 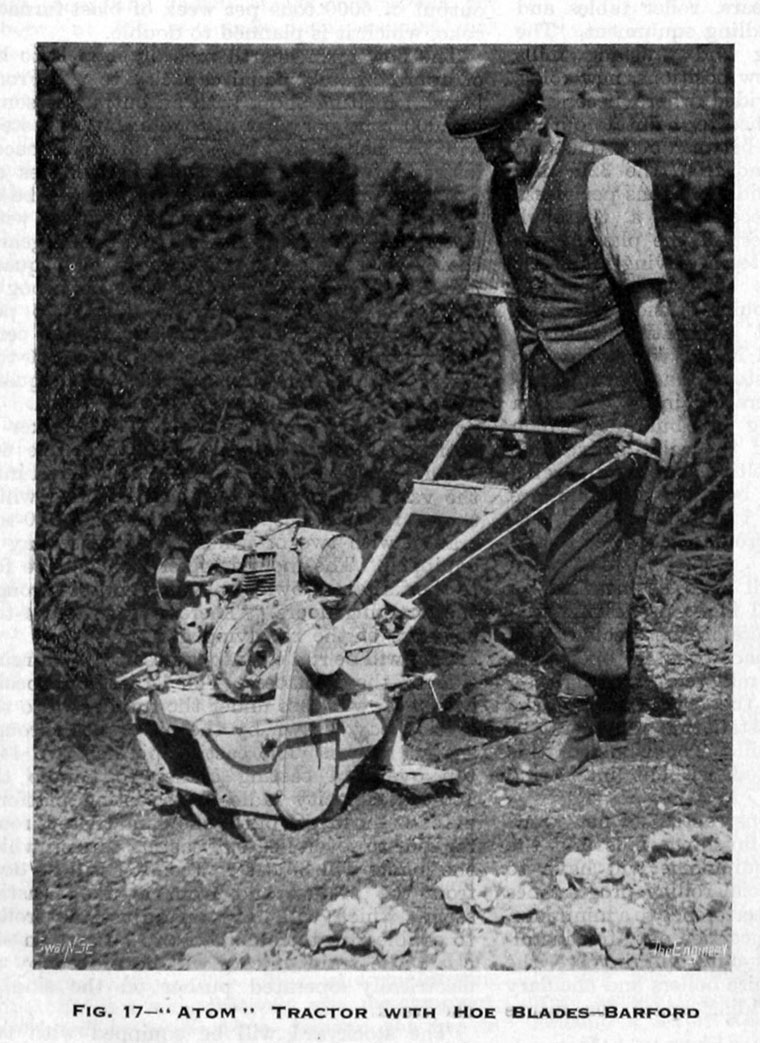 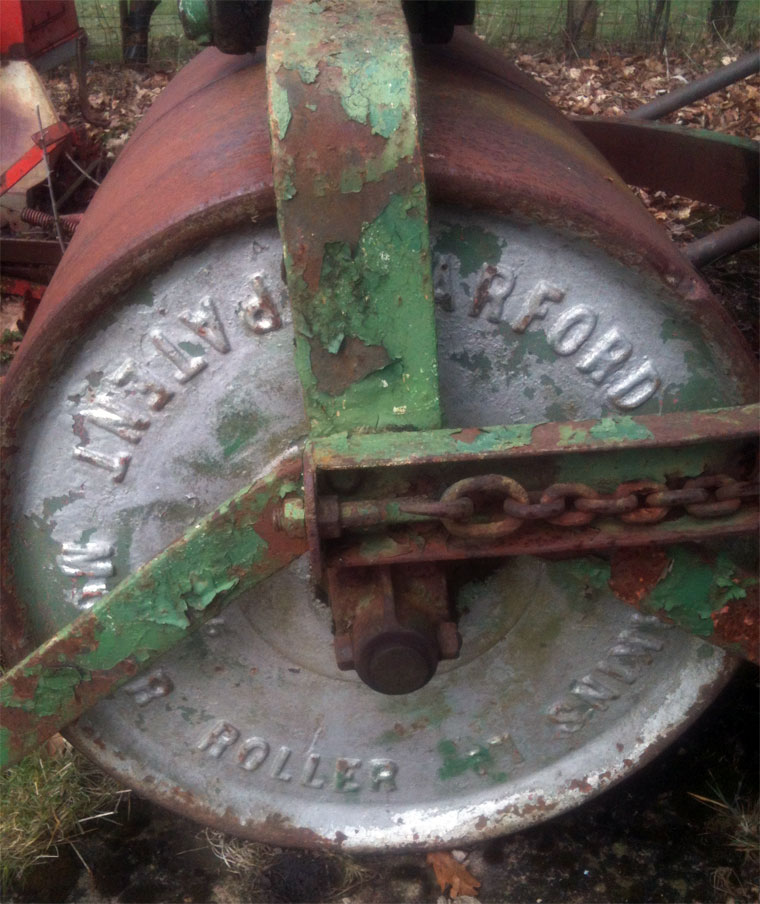 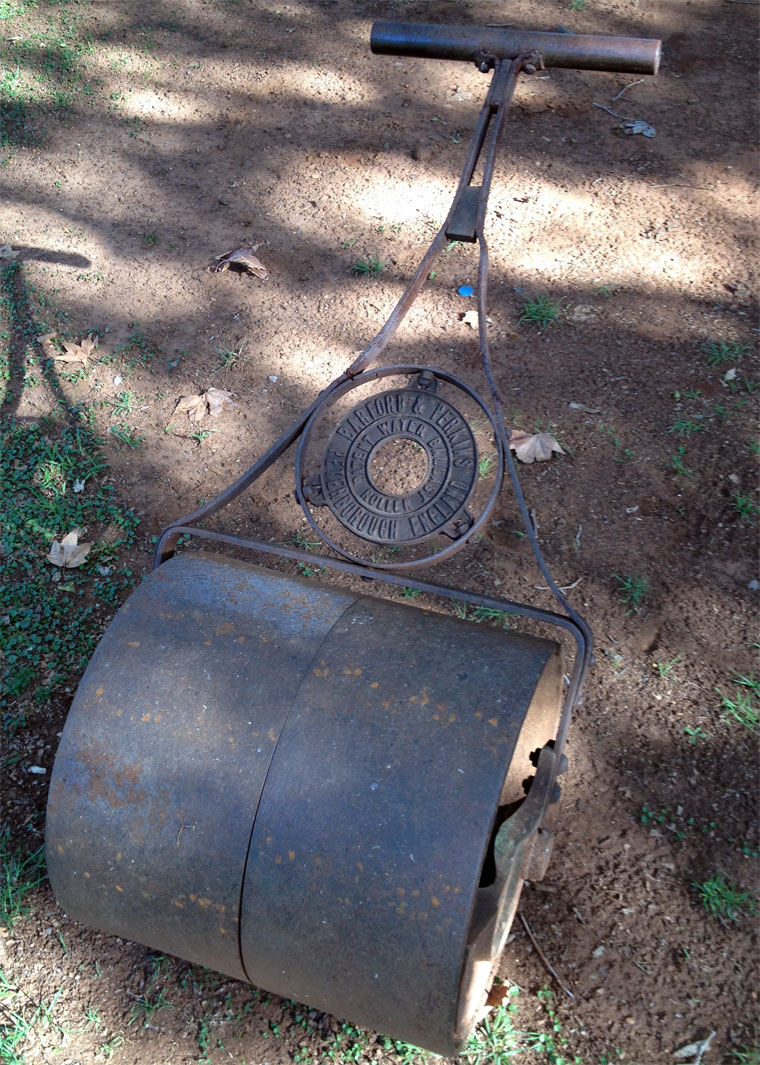 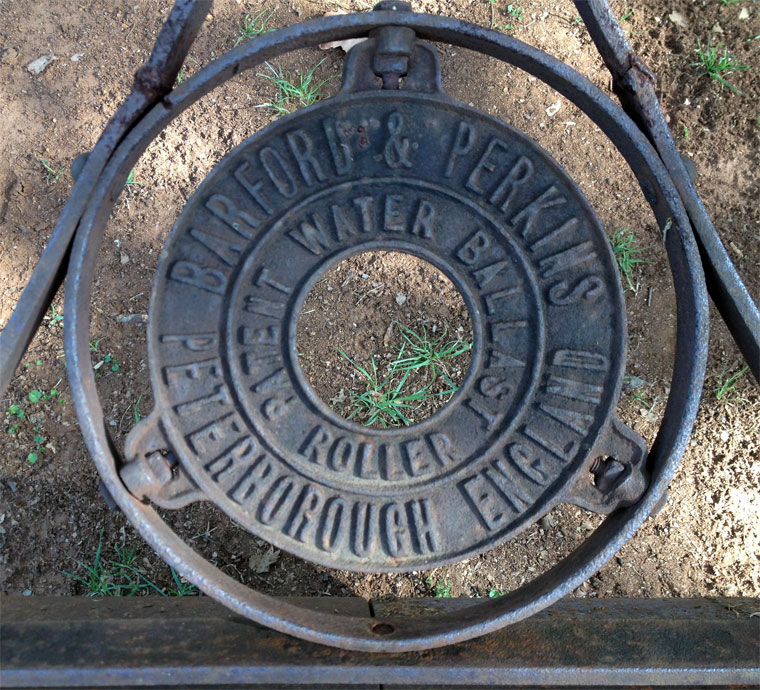 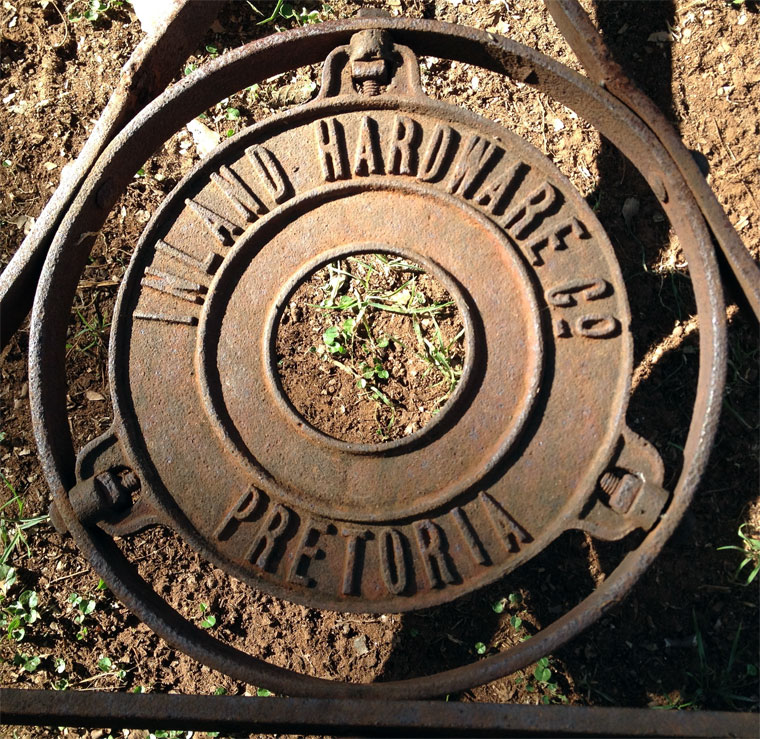 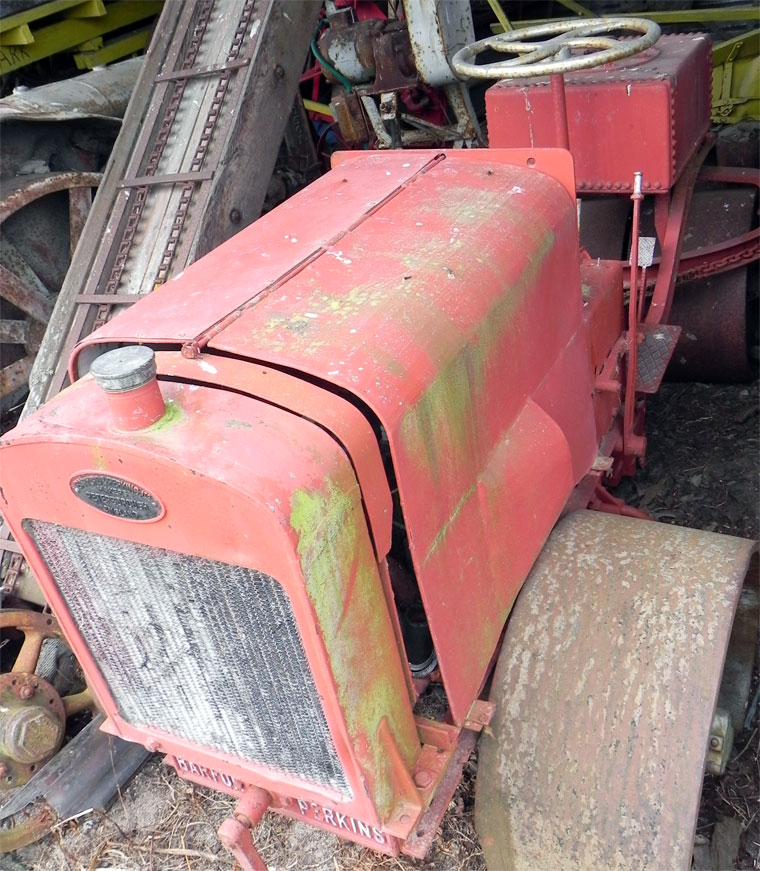 Company formed after the end of Amies and Barford in 1872.

1871 October 18th. Queen Street Iron Works in Peterborough bought by William Barford and Thomas Perkins, who had been some of the partners in the predecessor company, for £2,000.

1876 Exhibitor at the Royal Agricultural Show at Birmingham with ploughing tackle. Use engines from Savage Brothers. Listed as 'Barford and Perkins' of Grantham. [2]

1887 The first self-propelled steam road rollers were made.[4]

1903 Sent out many specialties to South Africa, including steam ploughing machinery.[9]

1904 Introduced petrol and paraffin rollers into their product range.

1904 When Thomas Perkins passed away, James Golby Barford became chairman of the company and shared with J. E. S. Perkins responsibility for the direction of the business.[10]

1923 Started manufaturing dairy equipment in collaboration with the founder of the National Institute for Research in Dairying.[15]

1934 Merged with Aveling and Porter to become Aveling-Barford