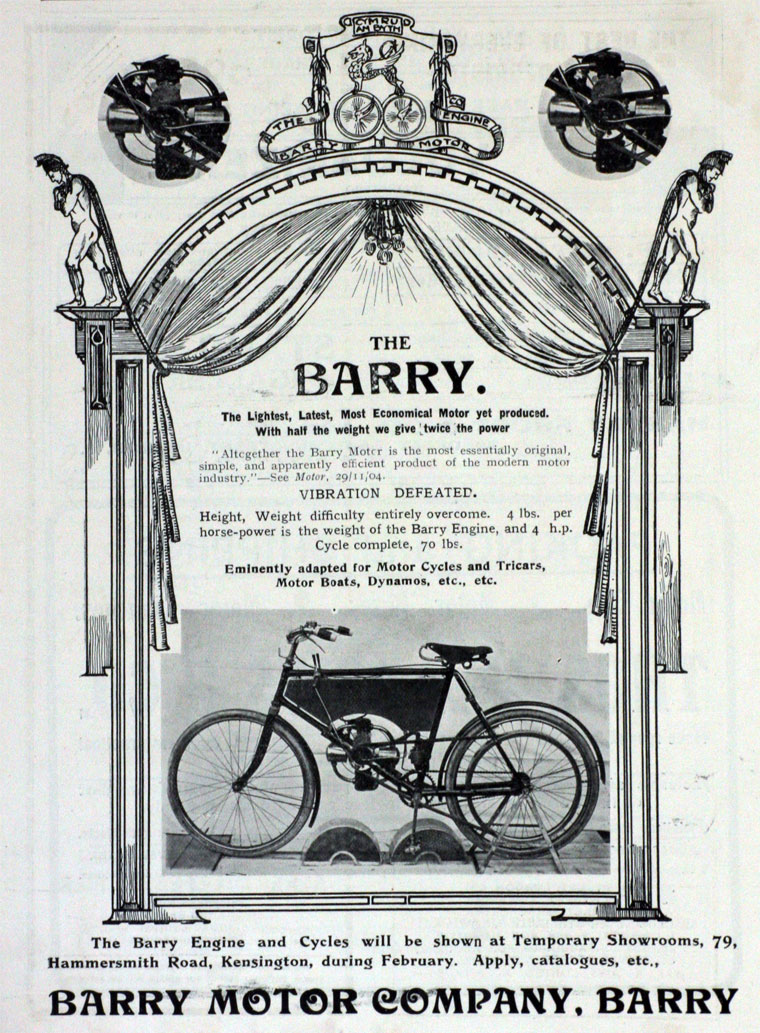 1904 The Barry motorcycle was first seen at the Stanley show, the machine was unusual in that it had a 200cc flat-twin-cylinder rotary engine that turned on a fixed crankshaft. It was fed by a gas storage reservoir that balanced the silencer. The engine rotated between twin downtube sections of the frame and was enclosed in an aluminium case that had cooling air holes.

1905 The frame was revised so that the engine could be moved to just in front of the pedals and it was fitted with belt drive. Nothing was then heard of it for some years.

1910 The engine name appeared again as a patent raised by W. A Richards and C. R. Redrup. No more was heard of the rotary engine after that. See International Rotary Motors