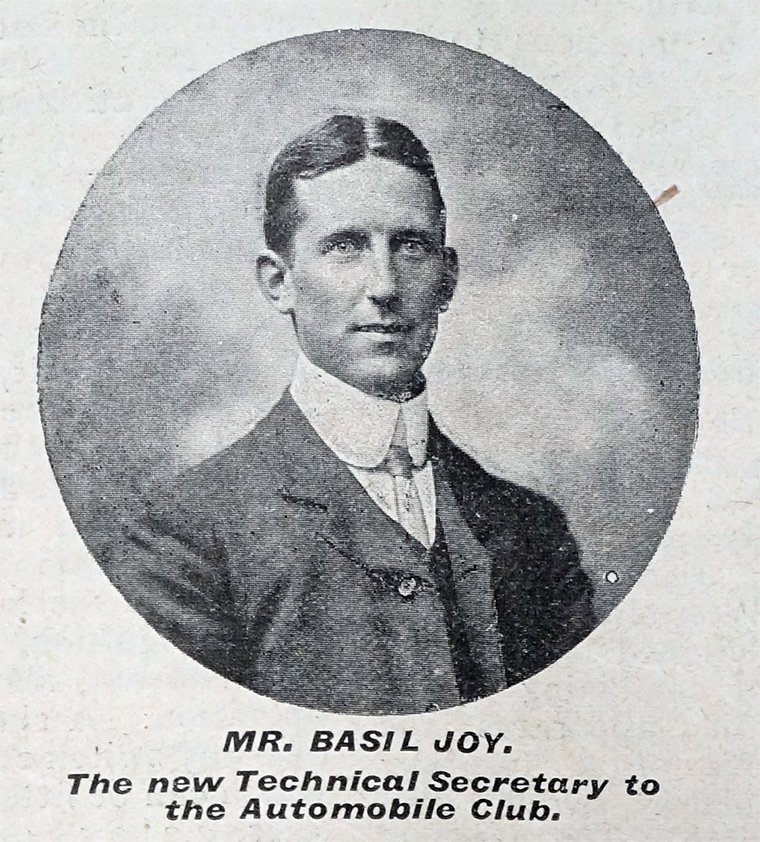 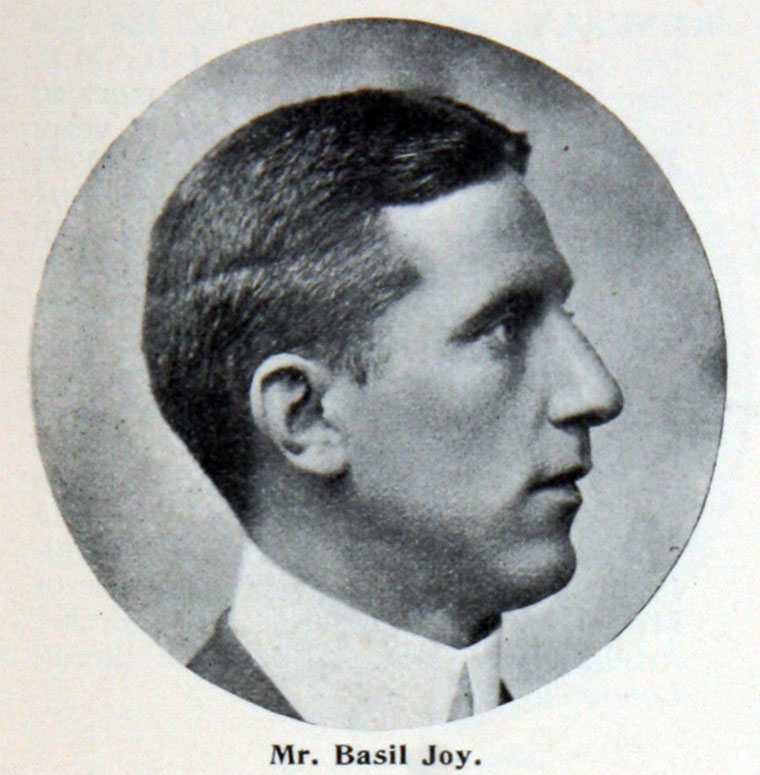 Basil Humbert (1870-1940), Secretary of the Institution of Automobile Engineers

1870 Born in Saltburn the son of David Joy, a Consulting Engineer, and his wife Kate

1904 'JOY, Basil H., A.M.I.M.E., 24, Inglewood Road, West Hampstead, N.W. Is an enthusiastic motorist, and keen supporter of marine motoring. Hobbies: Yachting, golf. Is the popular and energetic technical secretary of the A.C.G.B. & I., to which he went in April, 1903, with a splendid record of work from Messrs. Thorneycroft's, the well-known torpedo boat; and motor van and car makers. Served his time in the Albert Dock Engine Works, and marine engine repair shops. From July, 1888, to December, 1901, was with his father, the late Mr. David Joy, and from December, 1901, to February, 1903, was manager of the Simms Manufacturing Co., Ltd. Was assistant secretary to the Richmond Trials, 1890, 1,000 miles' trials, 1900, and Glasgow trials, 1901. His knowledge of both motor-car and marine motoring is unrivalled.' [3]

BASIL HUMBERT JOY was born on March 9th, 1871, at Saltburn, in Yorkshire. He was educated at Aldenham School and then commenced as a pupil in the office of his father, David Joy. After two years he went to the Albert Dock Engine Works for shop experience, and then to Messrs. Thornycroft and Co., Ld., at Chiswick for drawing-office experience. He then returned to his father, and while there, through the instrumentality of Mr. F. R. Simms, was appointed Assistant to Claud Johnson for the Motor Car Trial held at Richmond in 1899.

In the next year he assisted Claud Johnson in the Thousand Miles Trial round England and also in the Scottish Trials. He was then appointed Manager of the Simms Manufacturing Co. when he took part as a competitor in the Crystal Palace Trials, and was then appointed Technical Secretary of the A.C.G.B.I., as the R.A.C. then was. In this position he was responsible for the 1903 Car Trials, the Motor Cycle Trials, and the first Side-slip Trials, and also the first Motor Boat Trials that were ever carried out in this country, The material for the Side-slip Trials was produced as the result of midnight experiments in the Down Street garage of the Club.

With his love for the water, he then seized the opportunity of accepting the appointment of Manager of Simpson, Strickland and Co., Ltd., the well-known launch builders at Dartmouth, which he had to give up for reasons of health. He returned to London, and in 1910 was appointed part-time Secretary of the I.A.E., the rest of his time being occupied in reporting on Diesel and other marine engines for The Engineer. His appointment as full-time Secretary of the Institution was in 1920, and from this position he has just had to retire.

He served his apprenticeship with the Albert Dock Engine Works and Thornycroft, Chiswick, and was then appointed Manager of the Simms Manufacturing Co, leaving that firm in order to become Technical Secretary of the Royal Automobile Club (RAC).

His next appointment was as Manager of Simpson, Strickland and Co, marine engine builders, of Dartmouth, and on leaving Dartmouth for health reasons in 1910 he was appointed Secretary of the Institution of Automobile Engineers.

His services in that capacity over a period of 23 years were well known and recognized throughout the Industry.