Grace's Guide is the leading source of historical information on industry and manufacturing in Britain. This web publication contains 137,261 pages of information and 220,097 images on early companies, their products and the people who designed and built them. 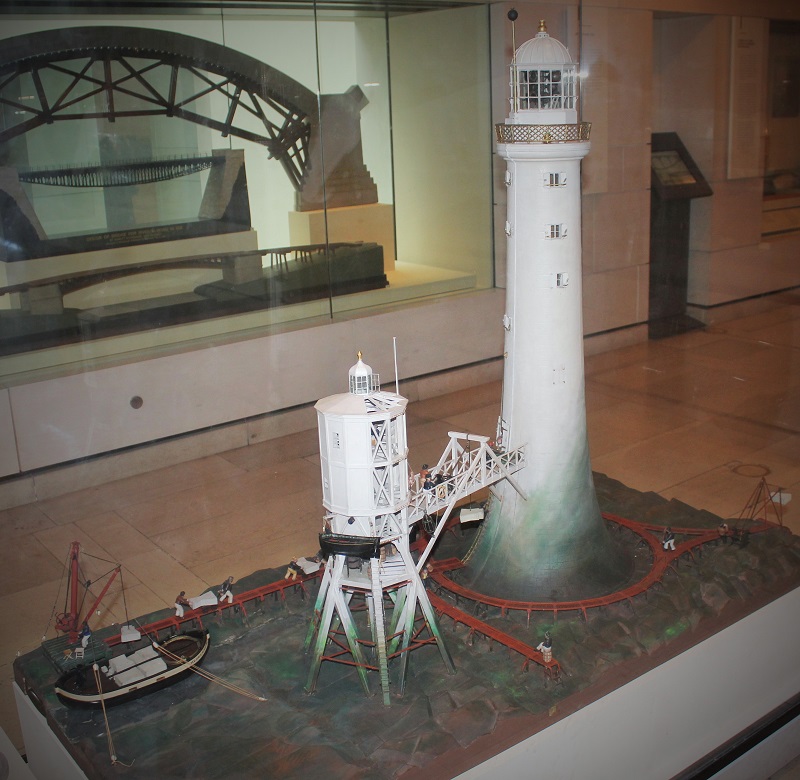 Model in the National Museum of Scotland, which superbly illustrates the arrangements used to facilitate construction, including the combined iron walkway/railway/landing stage, and the workers' temporary accommodation platform 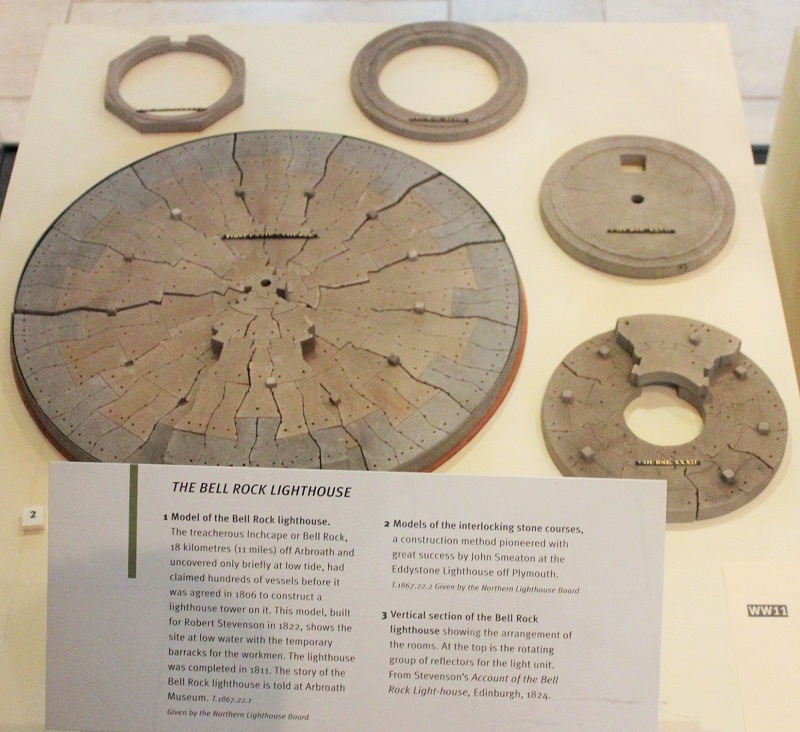 The Bell Rock Lighthouse, off the coast of Angus, Scotland, is the world's oldest surviving sea-washed lighthouse. It was built between 1807 and 1810 by Robert Stevenson on the Bell Rock (also known as Inchcape) in the North Sea, 11 miles (18 km) east of the Firth of Tay. Standing 35 metres (115 ft) tall, its light is visible from 35 statute miles (56 km) inland.

This form of structure, with its flared shape and the use of interlocking stone courses, had been pioneered by John Smeaton for the Eddystone Lighthouse.

The masonry work on which the lighthouse rests was constructed to such a high standard that it has not been replaced or adapted in 200 years. The lamps and reflectors were replaced in 1843 and used in the lighthouse at Cape Bonavista, Newfoundland, where they are currently on display. The working of the lighthouse has been automated since 1988.

The lighthouse operated in tandem with a shore station, the Bell Rock Signal Tower, built in 1813 at the mouth of Arbroath harbour. Today this building houses the Signal Tower Museum, a visitor centre detailing the history of the lighthouse.

The challenges faced in the building of the lighthouse have led to it being described as one of the Seven Wonders of the Industrial World.

By the turn of the 18th century, it was estimated that the rocks were responsible for the wrecking of up to six ships every winter. In one storm alone, seventy ships were lost off the east coast of Scotland. The Scottish engineer Robert Stevenson had proposed the construction of a lighthouse on Bell Rock in 1799, but cost concerns and the relatively radical nature of the proposal by a young engineer caused it to be shelved. The loss of the warship HMS York and all on board in 1804 resulted in a furore in Parliament. Stevenson sent his design to John Rennie who approved the design and costing. Rennie's reputation led to legislation being passed in 1806 enabling construction to begin.