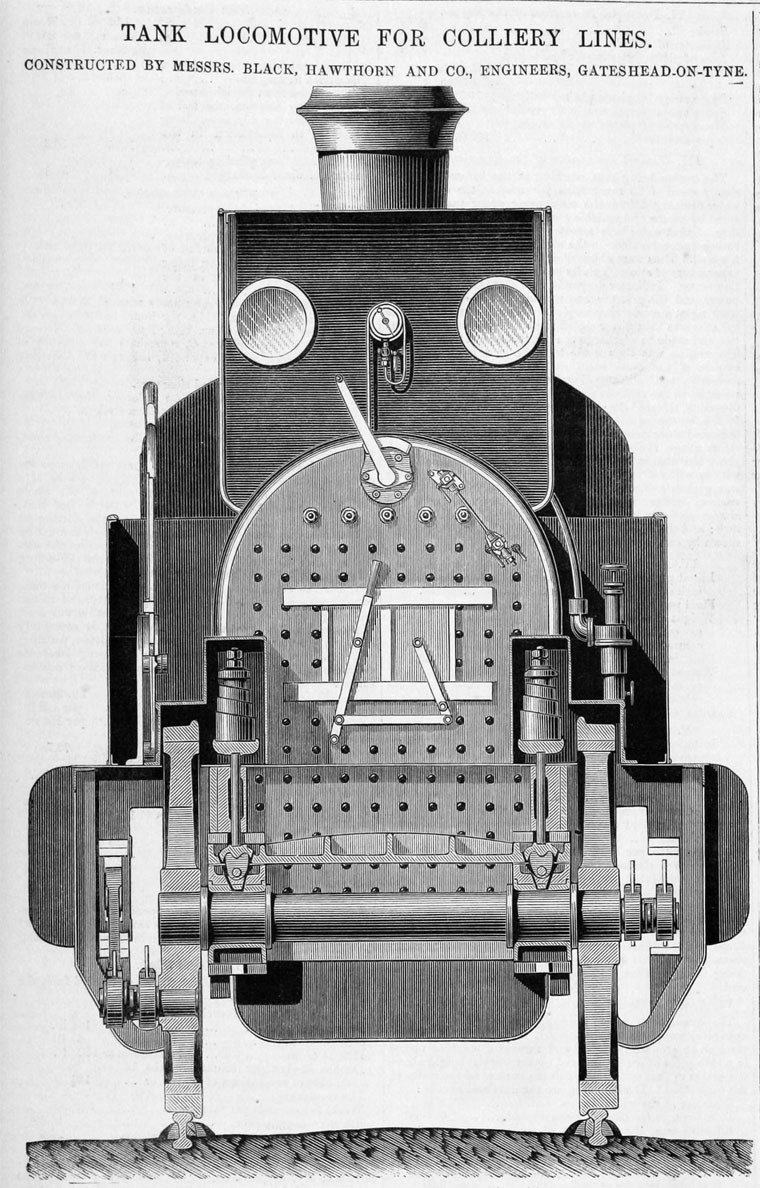 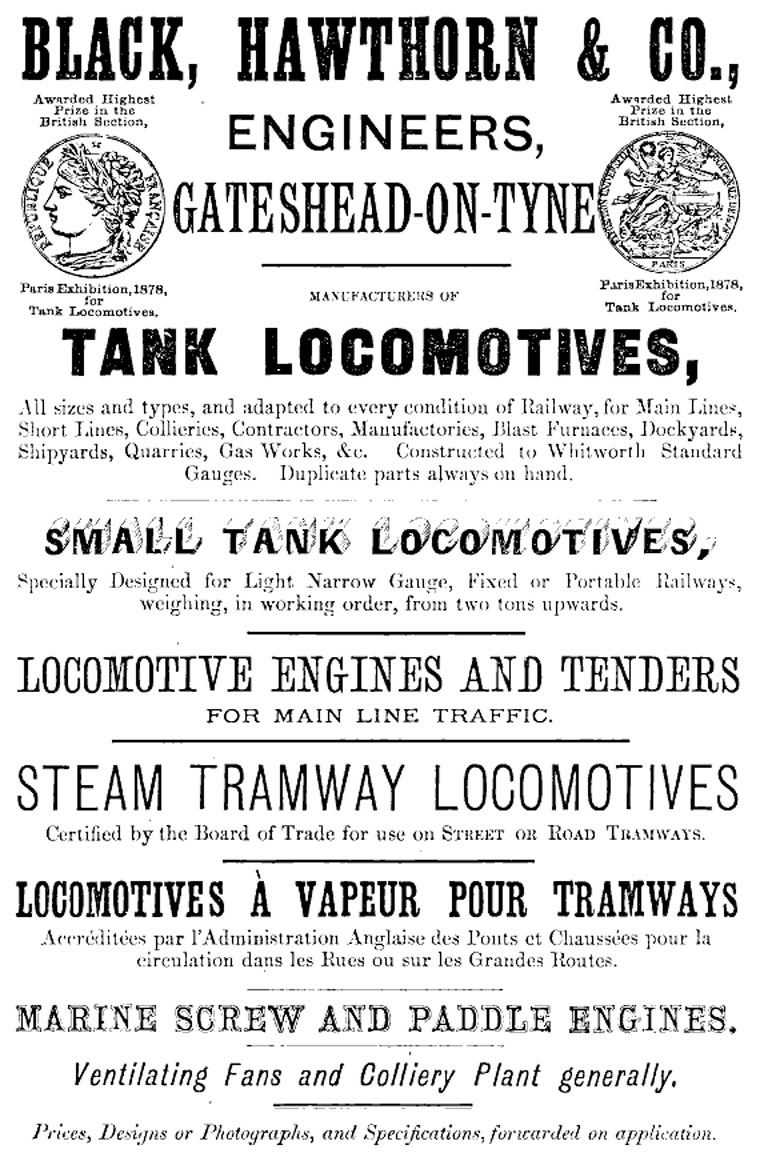 Black, Hawthorn and Company of Gateshead-on-Tyne were builders of locomotives for collieries and ironworks.

1865 William Black went into partnership with Thomas Hawthorn and others. They took over the failed works of R. Coultard and Co.

1867 Built several fans for the ventilation of mines, The firm was the first in Britain to make Guibal's fan, a design which had previously been imported from Belgium.

1896 The company ceased trading having built over 1,100 locomotives. The firm was bought by Chapman and Furneaux who produced a further 70 locomotives.