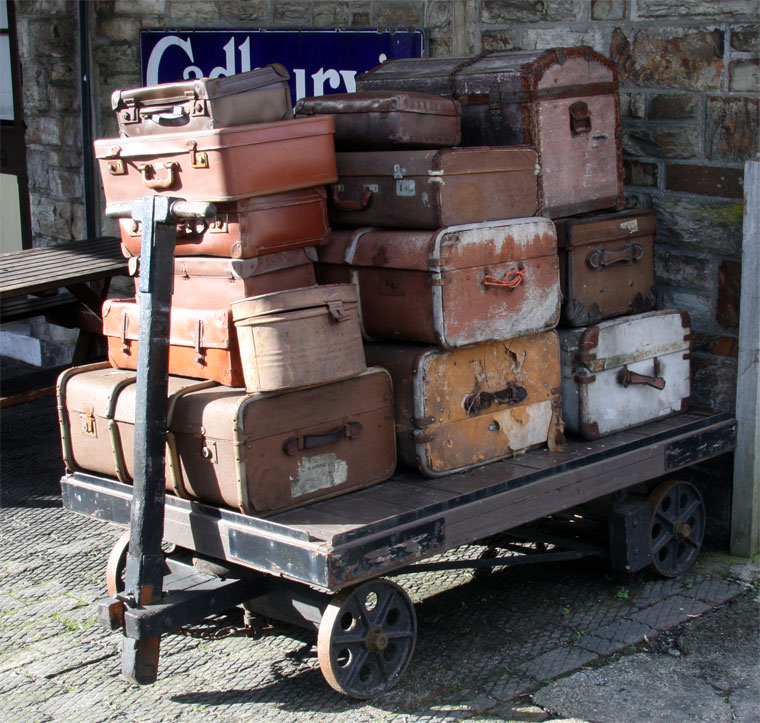 c 1870. Hand cart called 'Camel', kept at Bodmin and Wenford Railway, thought to have been built by William Oatey and Sons.

This Bodmin branch line was authorised by Act of Parliament on August 10th, 1882. The first sod was cut in March 1884 and the line opened from Bodmin Road (now Bodmin Parkway) to Bodmin on May 27th, 1887.

A second line from Bodmin to Boscarne Junction was opened in September 1888 to connect with the Bodmin and Wadebridge Railway. The London and South Western Railway did not complete their link until June 1895.

Until the Cornwall Railway main line was converted from Brunel's broad gauge to the narrower "standard gauge" in 1892, passengers and goods were transferred between trains at Bodmin Road. The same reason also prevented main line locomotives being used on the branch and the G.W.R, had a separate locomotive shed at Bodmin.