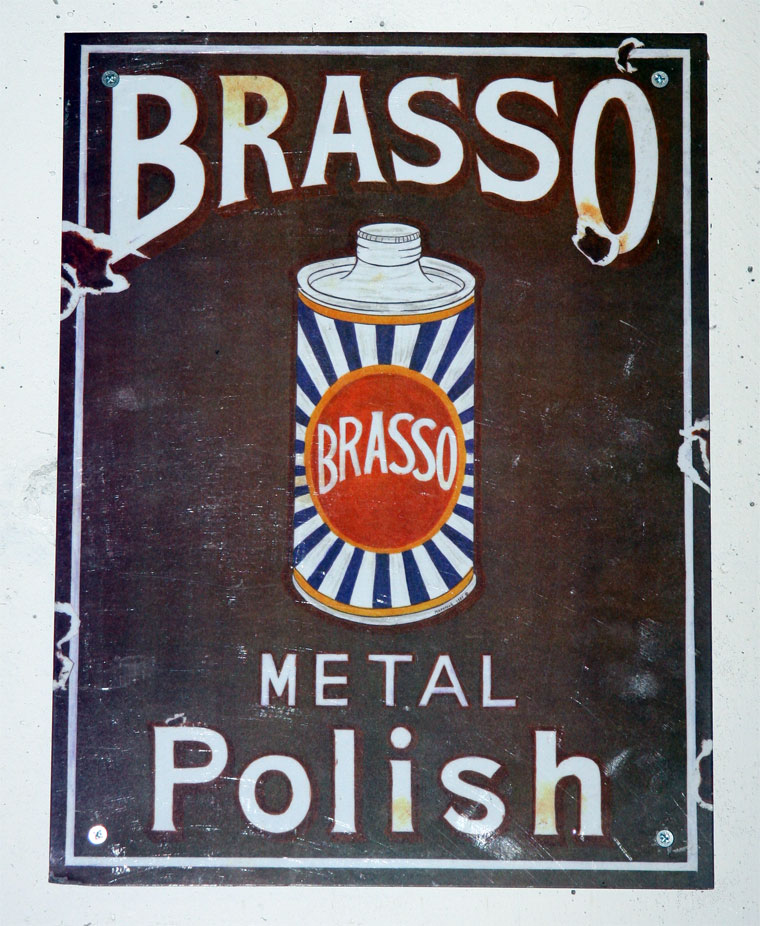 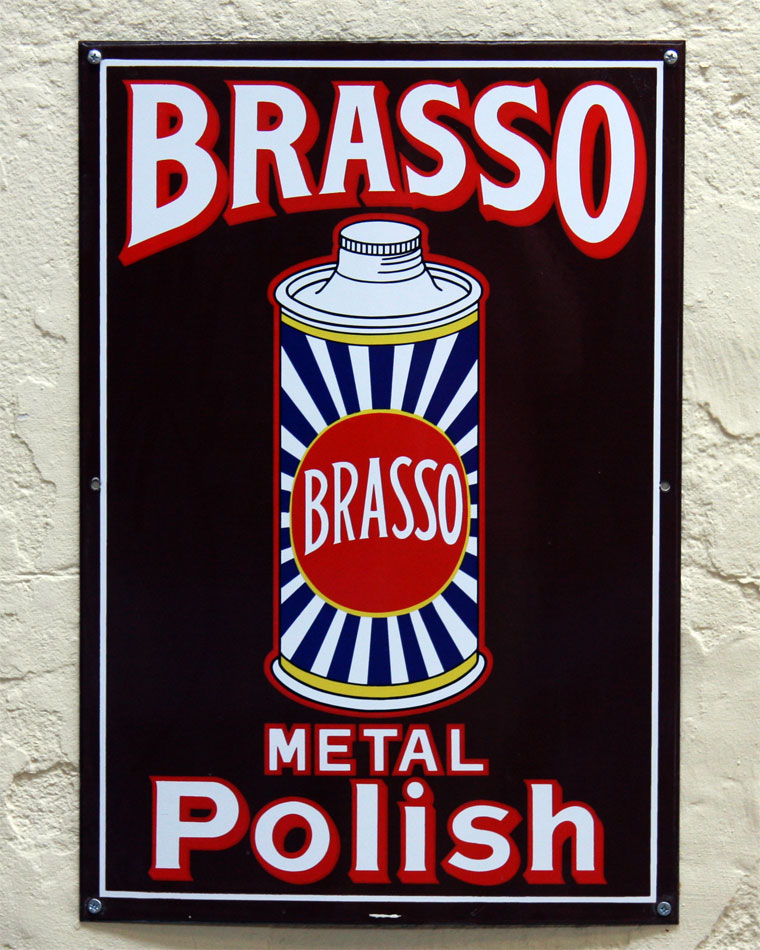 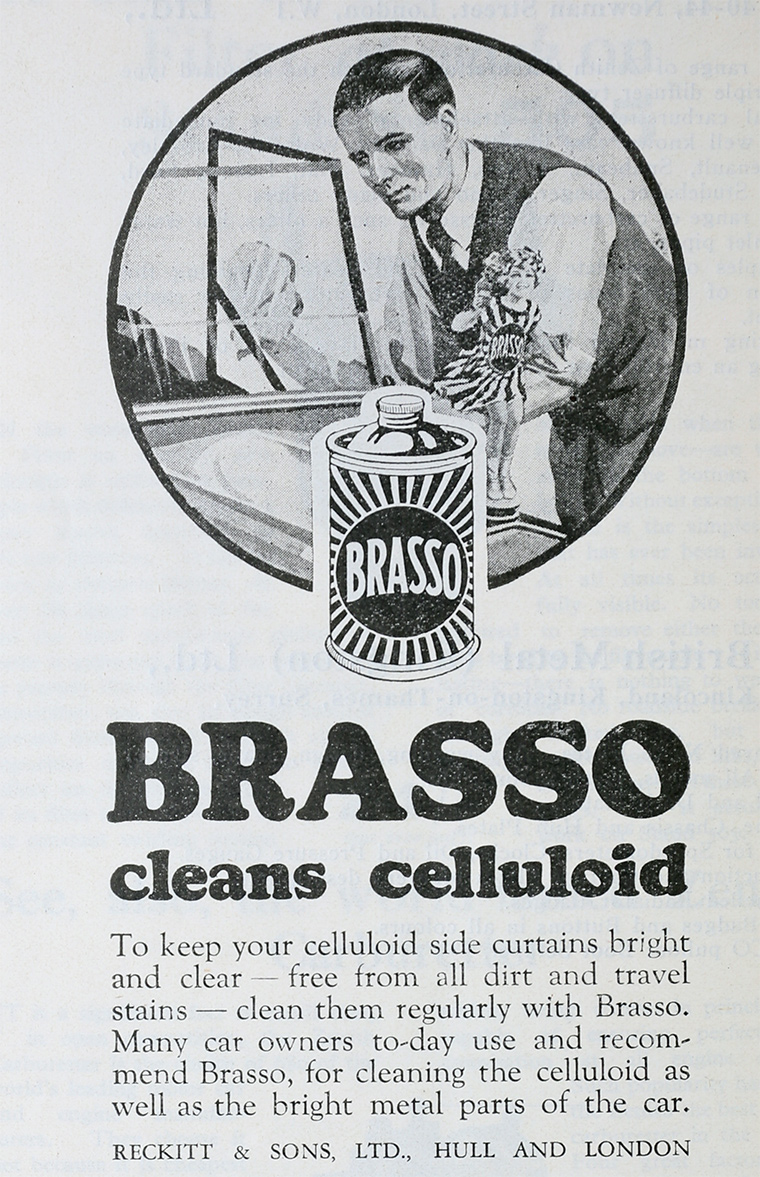 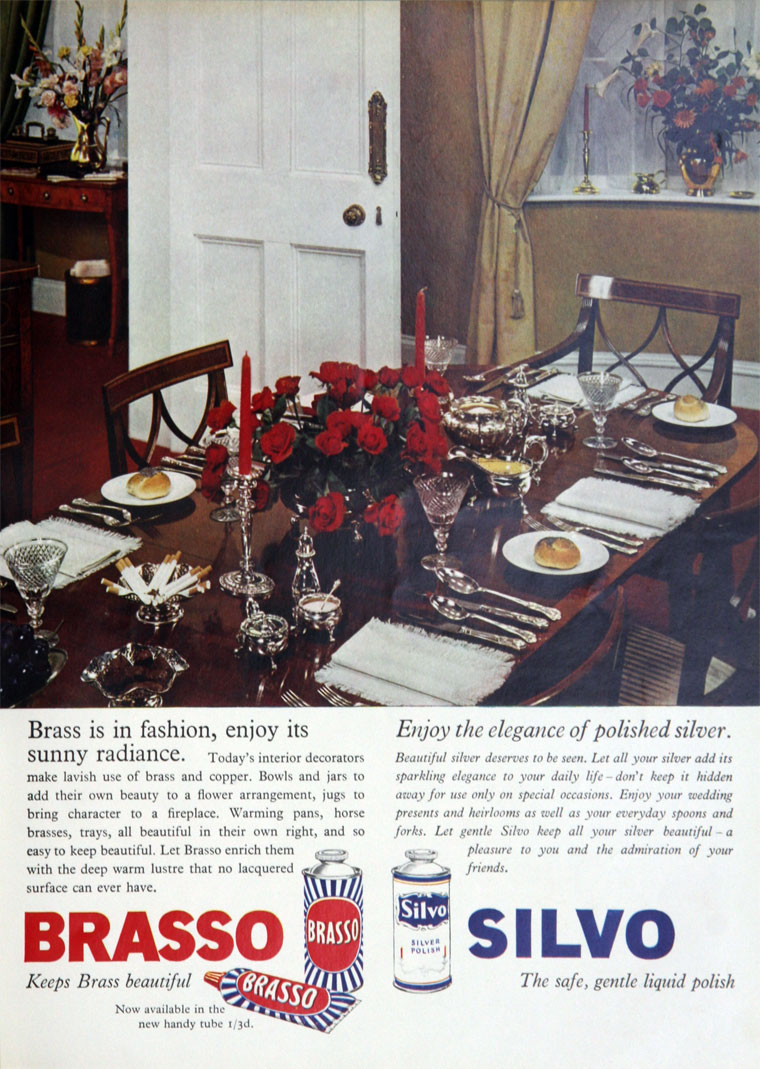 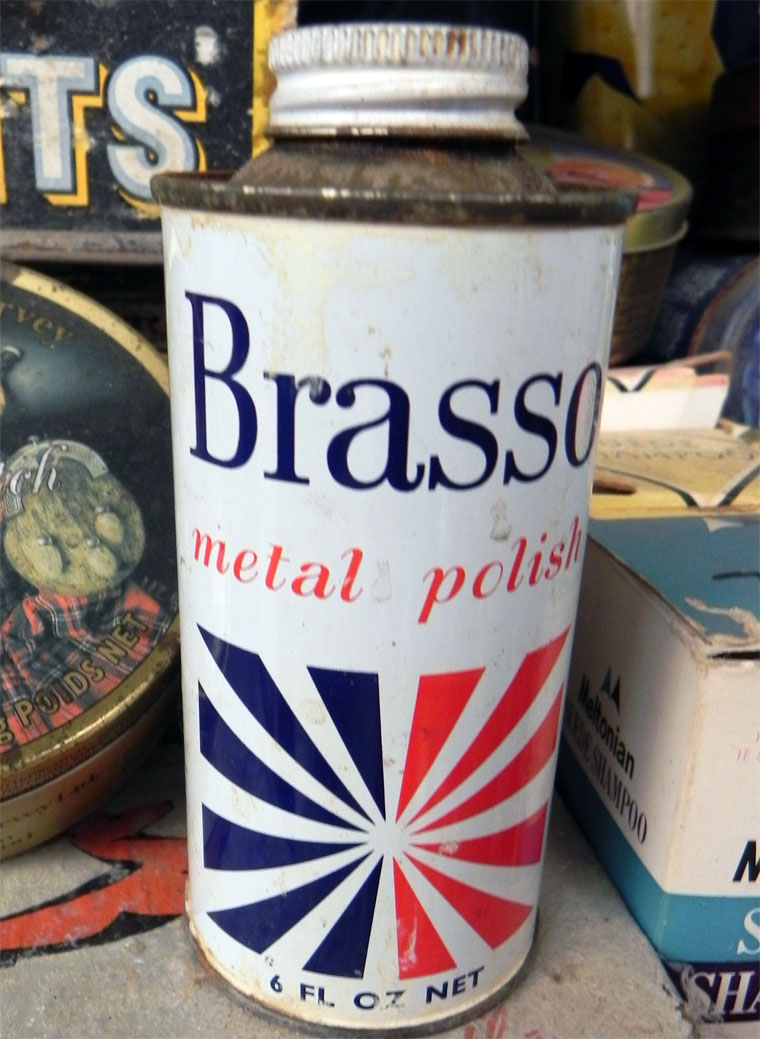 Brasso has been in use for over 100 years.

1904 Reckitt and Sons' senior traveller, W. H. Slack, visited the company's Australian branch, where he discovered a metal polish in use. Samples from Australian and US producers were then analysed by Reckitt's chemists, and by 1905 liquid polish under the trademark Brasso was being sold, initially to railways, hospitals, hotels, and large shops.

The polish grew in popularity in England, eventually replacing the previous paste-style polishes. It has undergone very few changes in both composition and package design over the past century. The cans are often collected as a typical example of classic British advertising design.

1926 A product of Reckitt and Sons