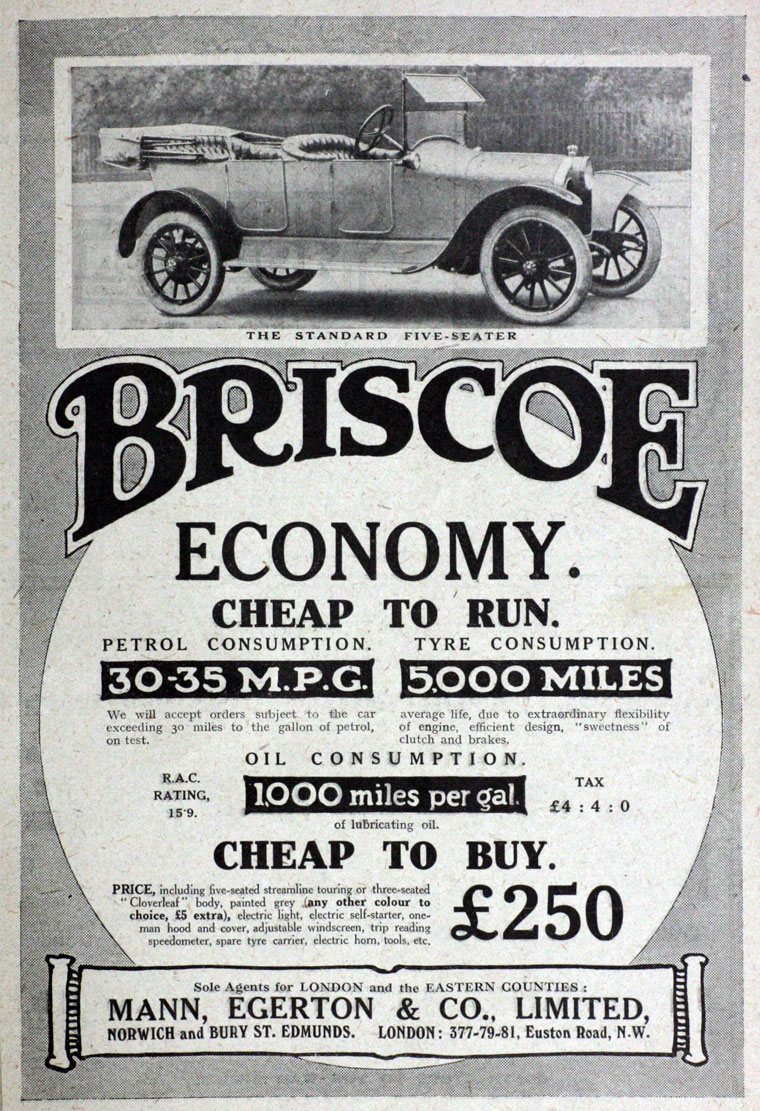 The Briscoe was an American automobile manufactured at Jackson, Michigan by a group headed by Benjamin Briscoe.

A few months after his departure from the United States Motor Company in 1913, Benjamin Briscoe established a manufacturing plant at Billancourt, France to design and manufacture the first automobile in France built by American methods. The business was called Briscoe Freres; Billancourt was the home of Renault.

In 1915, Briscoe offered what he called "The First French Car at an American Price." Briscoe claimed that the auto had been designed by a French design studio. It featured a single headlamp in the front, faired into the radiator shell. The auto was priced at $750.00 but this price did not include a top, windshield, or starter.

The company also produced the Argo, the Hackett, and the Lorraine.

Concessionaires were Harris and Sons

Agents were Mann, Egerton and Co