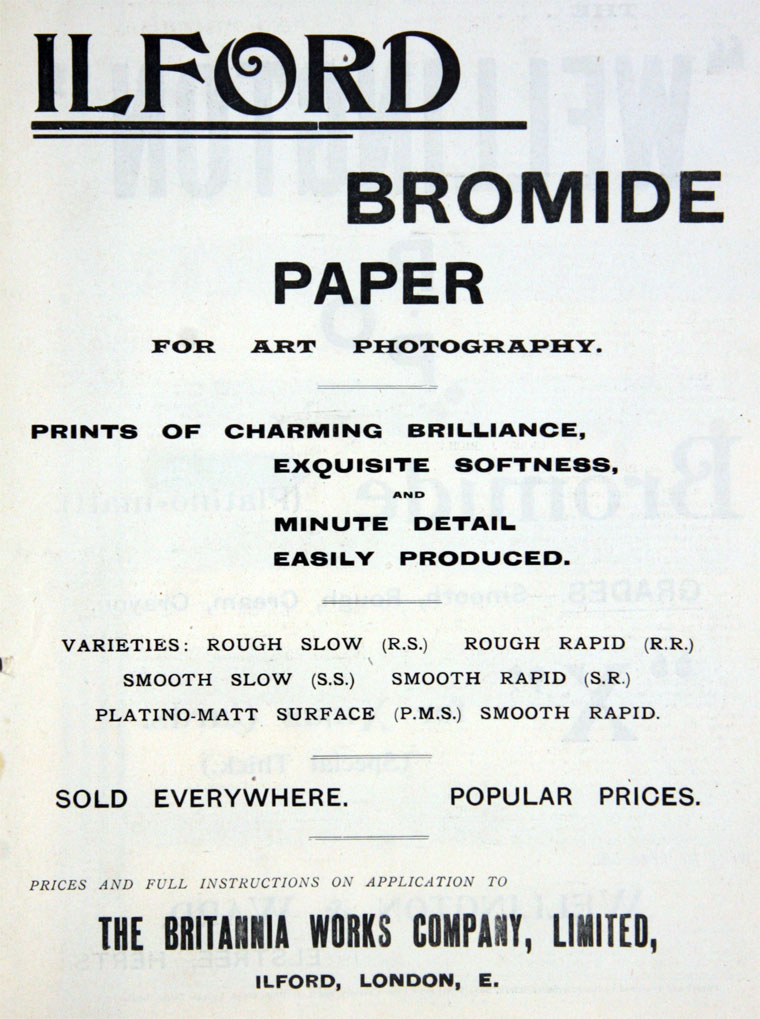 By 1863 Alfred Harman was advertising his photographic printing service.

1864 Harman set up in business in Peckham, South London, as Alfred Harman and Co

1878 He patented his idea for "producing enlarged photographs with artistic finish".

1883 A factory was built as the company's sales expanded.

1894 Alfred Harman retired and was succeeded as managing director by E. B. Knobel, a distant relative, whom he had taken on as a director the previous year.

1897 and again in 1903, Eastman Kodak approached the company with a view to a take-over or an amalgamation, but was unsuccessful.

1900 The company applied to change their name to Ilford Ltd, but Ilford Urban District Council objected. The name was changed from Britannia Works Co to Ilford Ltd.