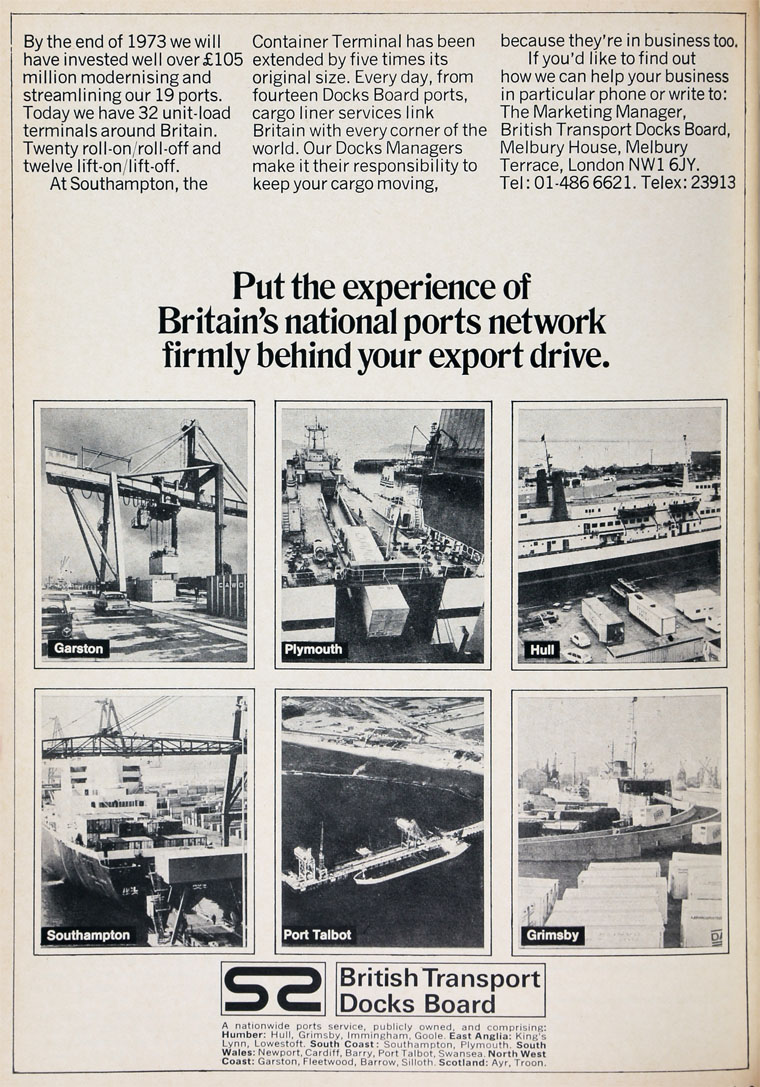 The business had its origins in the ports developed or acquired by the private railway companies. These passed to the British Transport Commission on nationalisation in 1948 and were organised under its Docks and Inland Waterways Executive.

The Transport Act 1962 abolished the Commission and distributed its assets to five successor bodies. The BTDB inherited the dock undertakings, other than harbours used primarily by railway steamer services.