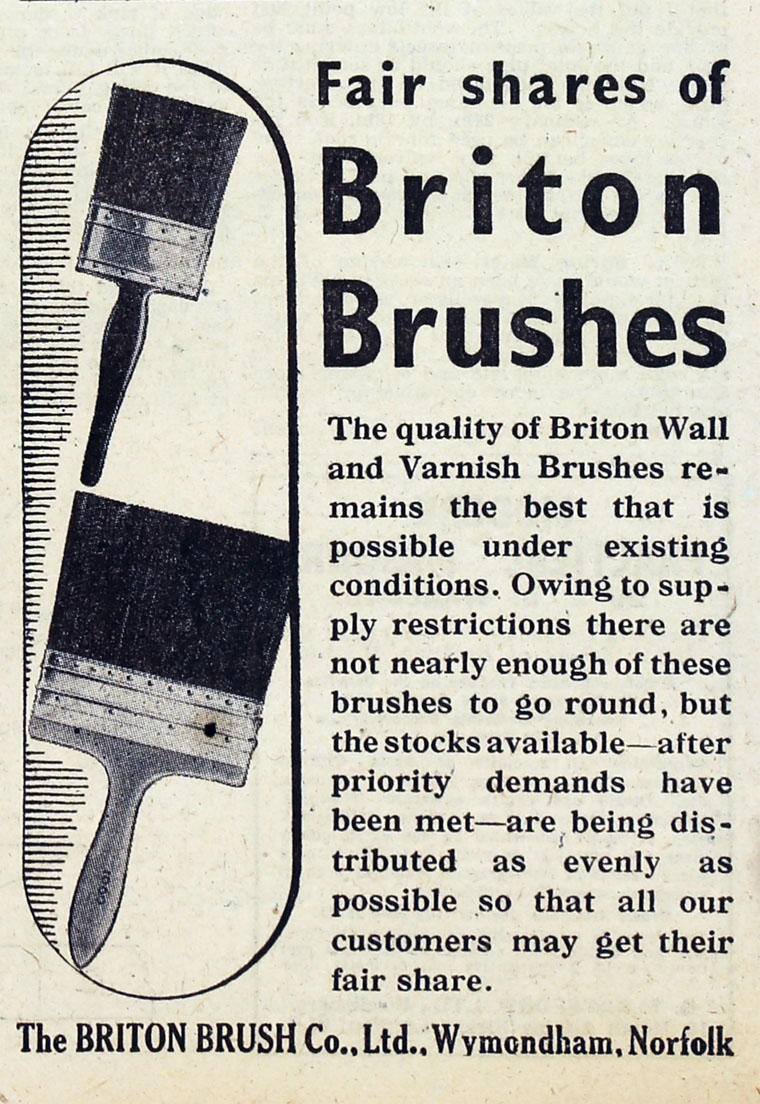 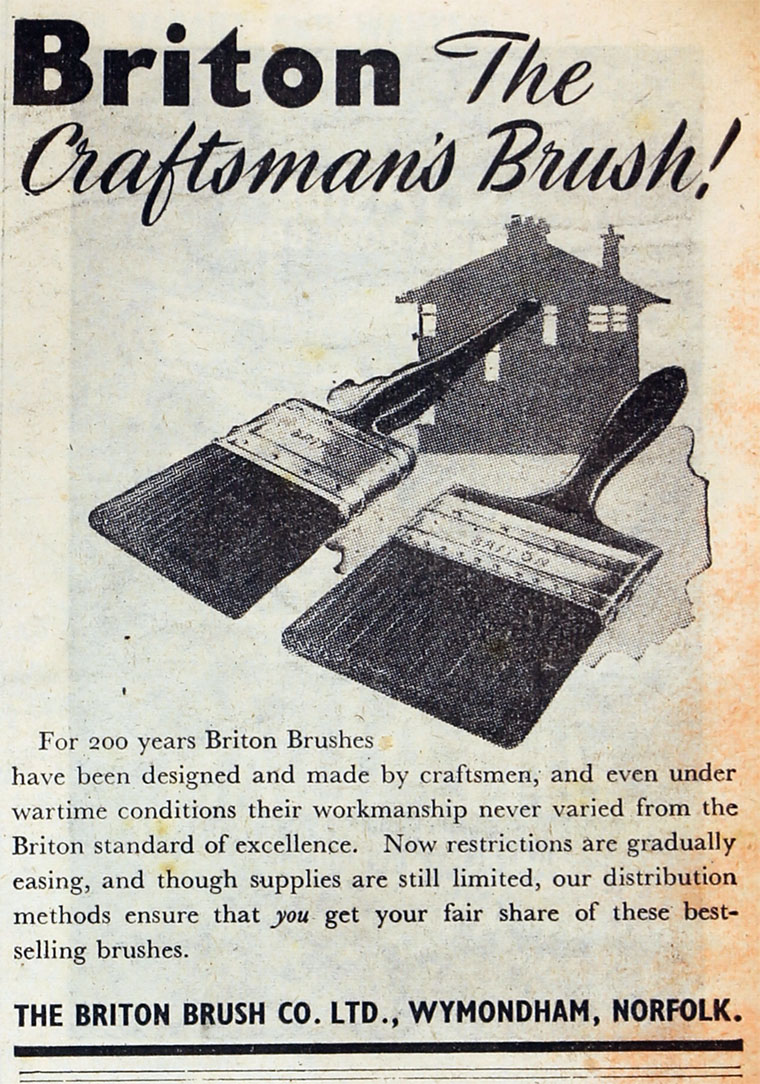 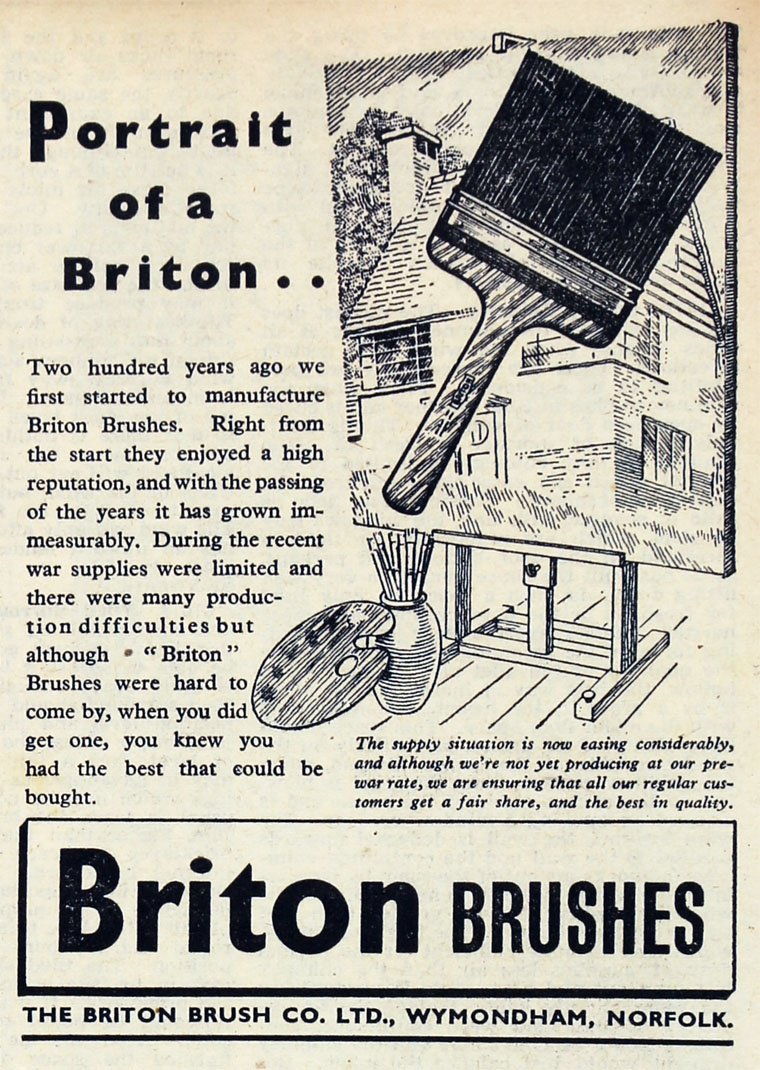 For some years the new company continued to operate from all their previous premises with the Wymondham factory concentrating on machine-made brushes while the Tottenham works produced hand-made brushes.

1930 Patent - Improvements in the bristle filling nozzles of brush and broom making machines. [3]

From 1933 all the manufacturing operations were carried out in the Wymondham factory.

The Wymondham works was one of the most up-to-date brush factories in the country with its own railway sidings, saw mills, and engineering workshops. Much of the special machinery for brush-making was designed and made in the engineering workshops on site. The factory took in English trees and other raw materials and produced complete and finished brushware. The company provided many amenities for the welfare and comfort of the men and women who worked in the factory, including a canteen, playing fields and a housing estate. Even works outings by special excursion trains were arranged.

1985 The company closed. After closing the factory was pulled down to make way for housing and the estate on the former brush works site has such road names as Briton Way and Page's Way.