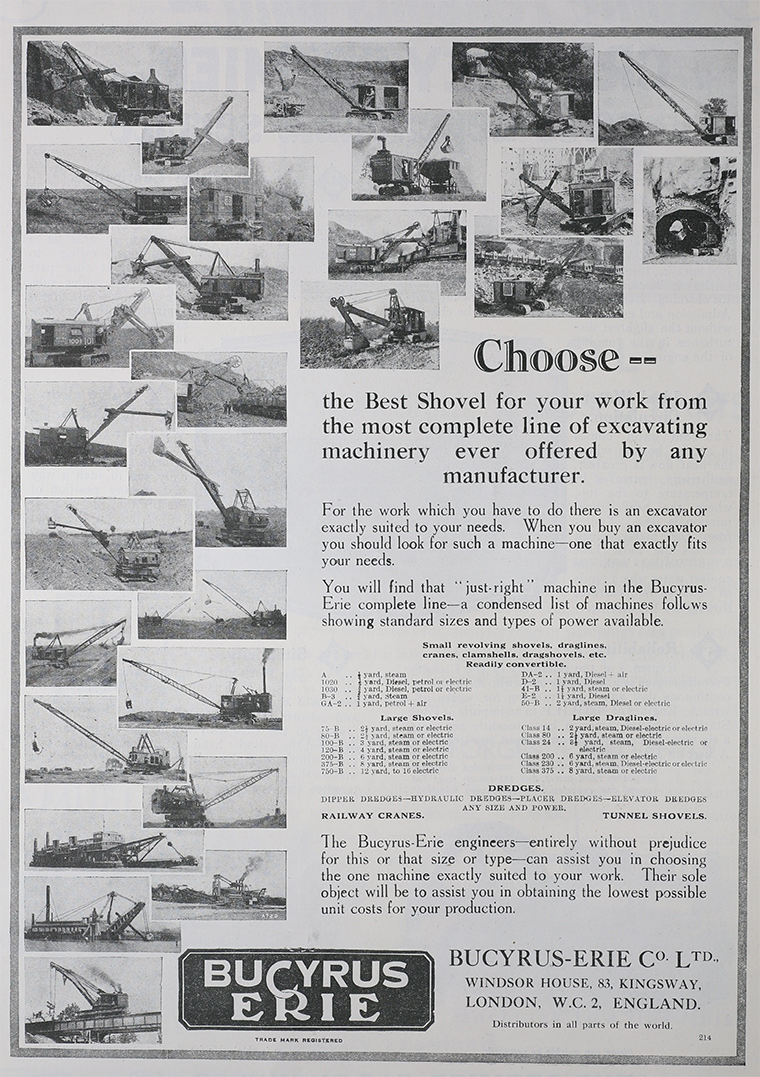 1880 Buycrus Foundry and Manufacturing Co was founded in Bucyrus, Ohio.

1895 Reorganized as the Bucyrus Co

1921 As a spinoff of the hydraulic power efforts at the Bucyrus Company, the Oilgear Company was formed.

1930 Joined with Ruston and Hornsby Ltd, the leading British maker of excavators to form Ruston-Bucyrus Ltd.

By 1939 the product range had expanded to include tractors, walking draglines and drills.

1988 Acquired the dragline assets of Ransomes and Rapier Ltd.

1921 Company formed as an offshoot of the hydraulic power efforts at the Bucyrus Company. Over time it developed an extensive line of hydraulic products for virtually every application.

1980s Oilgear pioneered the use of microprocessors in hydraulics.