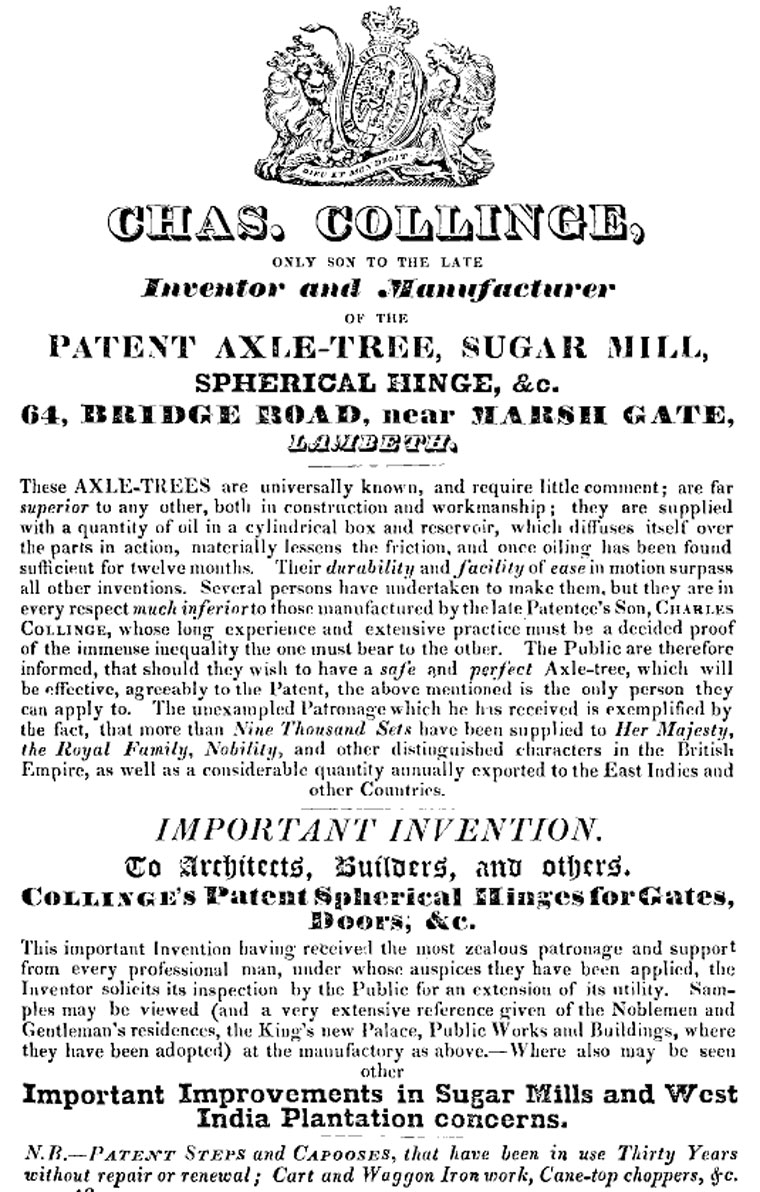 1857 Dissolution of the Partnership between Arthur Collinge and John Imray, as Engineers and Patent Axle Manufacturers, carrying on business at Nos. 64 and 65, Bridge-road, Lambeth, under the firm of Charles Collinge and Company. John Imray continued the business.[2]